In My Mind, Harry Potter Is Indian

Let me first be clear that Indian Harry Potter is not my creation; I stumbled upon the headcanon about a month ago through some beautiful fan art on Tumblr and have since fallen in love with it. Letting Indian Harry Potter into my imagination has allowed me to connect on a deeper level with one of my favorite literary characters. Over the last month, I dove head-first into the story of Indian Harry Potter and found that you don’t have to be white to be a powerful force for good. The actual headcanon can vary depending on who you ask. In general, Harry is imagined to be of Indian descent on James’s side of the family. Some imagine that the Potter family originated with an Indian family who settled in England generations ago. Others imagine that James’s father, Fleamont, was biracial while his mother, Euphemia, was Indian. Most agree that Harry Potter is a biracial Indian character and that the dark complexion and unruly hair he inherited from his father make his mother’s green eyes all the more striking. Harry would have grown up completely isolated from and even unaware of his Indian heritage thanks to the Dursleys’ efforts to raise him “properly.” They tried to tame his hair, control what he wore and how he spoke, and generally distance themselves from the Potter family. His dark and different complexion would have been another motivation to hide him away and treat him badly. But in the face of this adversity and abuse, Harry grows into a strong, courageous, and kind character. Even in the wizarding world, Harry does not escape “Muggle” racial prejudices. Umbridge, obsessed with controlling “half-breeds,” was particularly contemptuous of Harry. Cornelius Fudge was quick to smear Harry’s character when Voldemort returned but defended the characters of those Harry accused as Death Eaters without a second thought. As “the Chosen One,” Harry was expected by Scrimgeour and the Ministry to stay quiet and gratefully accept his status rather than challenging the administration. These narratives carry undertones of racial prejudice that many readers are all too familiar with. But Harry is a hero; he resists prejudice and persecution with confidence, persistence, and pure nerve. Harry exhibits extraordinary strength that Indian readers hardly ever get to see in the characters that resemble them. When Harry is imagined as Indian, it becomes clear that much of the adversity he faced was motivated by prejudice, and Harry becomes a valuable example to readers who face similar situations in their own lives. Indian Harry and black Hermione prove that you don’t need to be white to be strong, to stand up to injustice and take control of your life. I was most drawn to Indian Harry because he gave me the rare opportunity to see myself in one of my favorite characters. Having grown up in America, I retain aspects of my Indian heritage but remain largely disconnected from much of Indian culture, just like Harry. Representation of Indian characters in American media is scarce, and where it does appear, the characters are usually heavily stereotyped. I had no idea as a child that Indian Americans could be more than just minor characters with ridiculous accents or the butt of every IT joke. As a budding writer, I only ever imagined my main heroes to be white. No one ever proved to me that Indians could be heroes too. Imagining a well-loved hero like Harry as Indian makes his story all the more powerful for people like me. Those of us who imagine our favorite canonically white characters as another race are not trying to take anything of significance away from white people, who are already represented by the vast majority of characters in literature and on-screen. We simply seek to see ourselves as heroes and to see our potential for strength represented in the stories we read and watch every day. We seek to challenge the notion that white is the default when a character’s race is not explicitly described.  Every reader is free to have their own interpretation of a work that is meaningful to them. All I want is to find myself in my favorite stories, and if I don’t, I’ll just have to get creative. 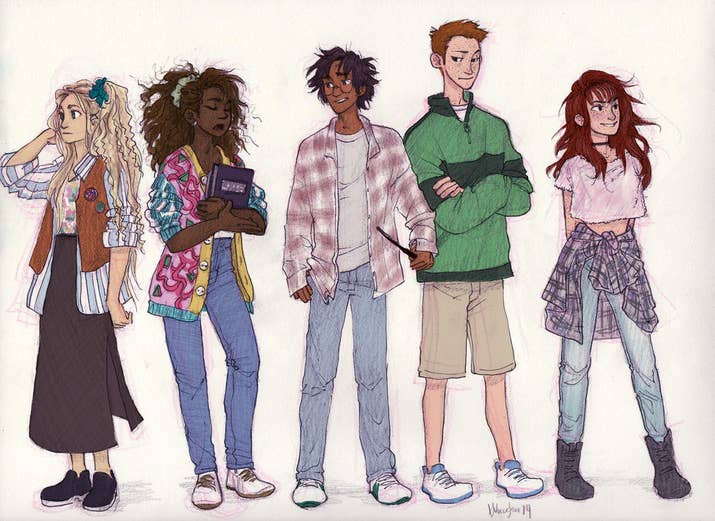