The Harry Potter line of Funko Pop! vinyls is adding two more figures to its ranks. Quidditch fans will be happy to see both Ginny on a broom (#53) and Ron on a broom (#54), as follow-ups to the 2017 SDCC exclusive Harry on a broom (#31). These two new figures will be available in January 2018. 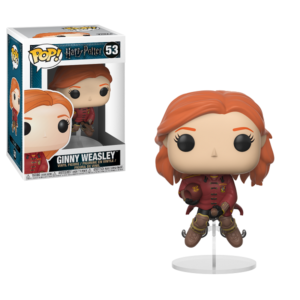 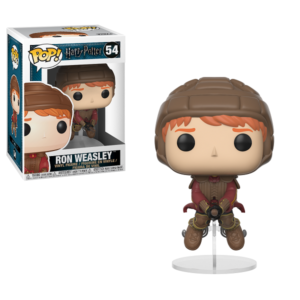 And Potter is now being added to Funko’s new line of Vynl packs of two paired figures. “There’s no I in Vynl, because there’s always two of them,” Funko says. Here we have Hagrid and what looks to be a Movie-4-haircut Harry. The set will be available in March 2018. You can browse Funko’s catalog of available Harry Potter products here and find a handy list of all Harry Potter Pop! vinyls here.

How many Harry Potter Funko Pop! figures do you have? Which is your favorite?