It’s International Women’s Day today, so I want to highlight some strong women from Harry Potter. There are plenty of posts celebrating the main women in the series, so I thought I would look at some of the more secondary characters.

She was a brilliant and brave character who was willing to fight for what she believed was right. Tonks supported Harry and Dumbledore even when the media denounced them. She fought with several members of the Order of the Phoenix at the Ministry of Magic and at Hogwarts both in the Harry Potter and the Half-Blood Prince and during the Battle of Hogwarts. Unfortunately, her story didn’t have a happy ending, but that doesn’t change who she was.

Harry saw Tonks fighting an enormous blond wizard who was sending curses flying in all directions, so that they ricocheted off the walls around them, cracking stone, shattering the nearest window” (HBP 599).

She must have seen a plethora of painful and peculiar magical injuries at Hogwarts. In the six years the trio was at Hogwarts, they were attacked multiple times by Voldemort, Petrified, turned into animals, poisoned, and almost Kissed by Dementors. She cured them of all their problems relatively easily.

Did I hear the headmaster leaving? Am I allowed to look after my patients now? (PoA 418)

Professor Sprout is a great teacher, helping Neville reach his full potential. Not only that, she was instrumental in reviving the Petrified students who were attacked by the Basilisk.

‘The moment they [Mandrakes] start trying to move into each other’s pots, we’ll know they’re fully mature,’ she told Harry. ‘Then we’ll be able to revive those poor people in the hospital wing’” (CoS 251).

Although initially portrayed as a shallow person, she proved herself to be incredibly strong and selfless. She beat out the other students (including the boys) from Beauxbatons to become a Triwizard champion. She fought against Voldemort and took in the trio when they had nowhere else to go.

You turn up here with a dead house-elf and a half-conscious goblin, Hermione looks as though she’s been tortured, and Ron’s just refused to tell me anything —” (DH 484).

Although she is an eccentric and unique character, she has a good heart. Just like her colleagues, she risked her own life to protect others from Voldemort and his Death Eaters.

Then, with a bright white flash and a crack, a crystal ball fell on top of his head, and he crumpled to the ground and did not move.
‘I have more!’ shrieked Professor Trelawney from over the banisters. ‘More for any who want them!'” (DH 595)

She briefly appears in the books, where she comes off as fussy and difficult. However, she generously gave up her house when the Weasleys needed somewhere to stay. It couldn’t have been easy, especially with Fred and George.

‘Moved them to Muriel’s. The Death Eaters know Ron’s with you now, they’re bound to target the family ” (DH 482). 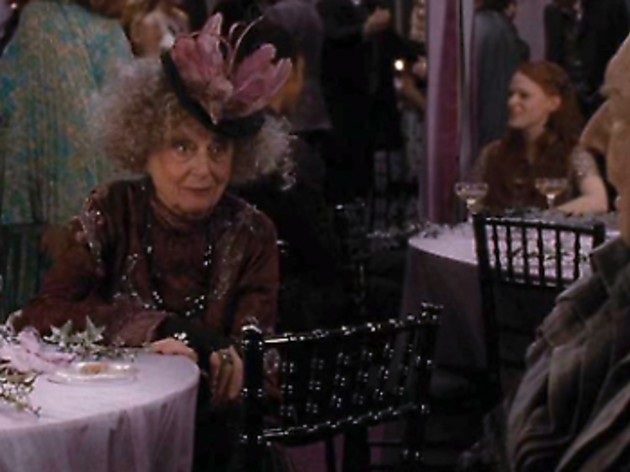 She was the epitome of bravery and strength. Lily was a kind student who grew into an incredible woman who gave up her life to save her only son. Her sacrifice protected him multiple times and ultimately saved the magical community.

All seven of these women are just some of the fantastic women in the series. Who else do you think should be included? Let us know in the comments!