MinaLima Launch “The Secret Garden” with a New Gallery

Delightful design duo Eduardo Lima and Miraphora Mina worked their magic on the Harry Potter films and now help create the world of Fantastic Beasts. But this week, MuggleNet was in attendance as MinaLima (as they are known together) launched the latest book in their own series of illustrated children’s classics – The Secret Garden. The launch took place at the House of MinaLima, where they were also unveiling a vibrant new gallery devoted to all their illustrated classics. 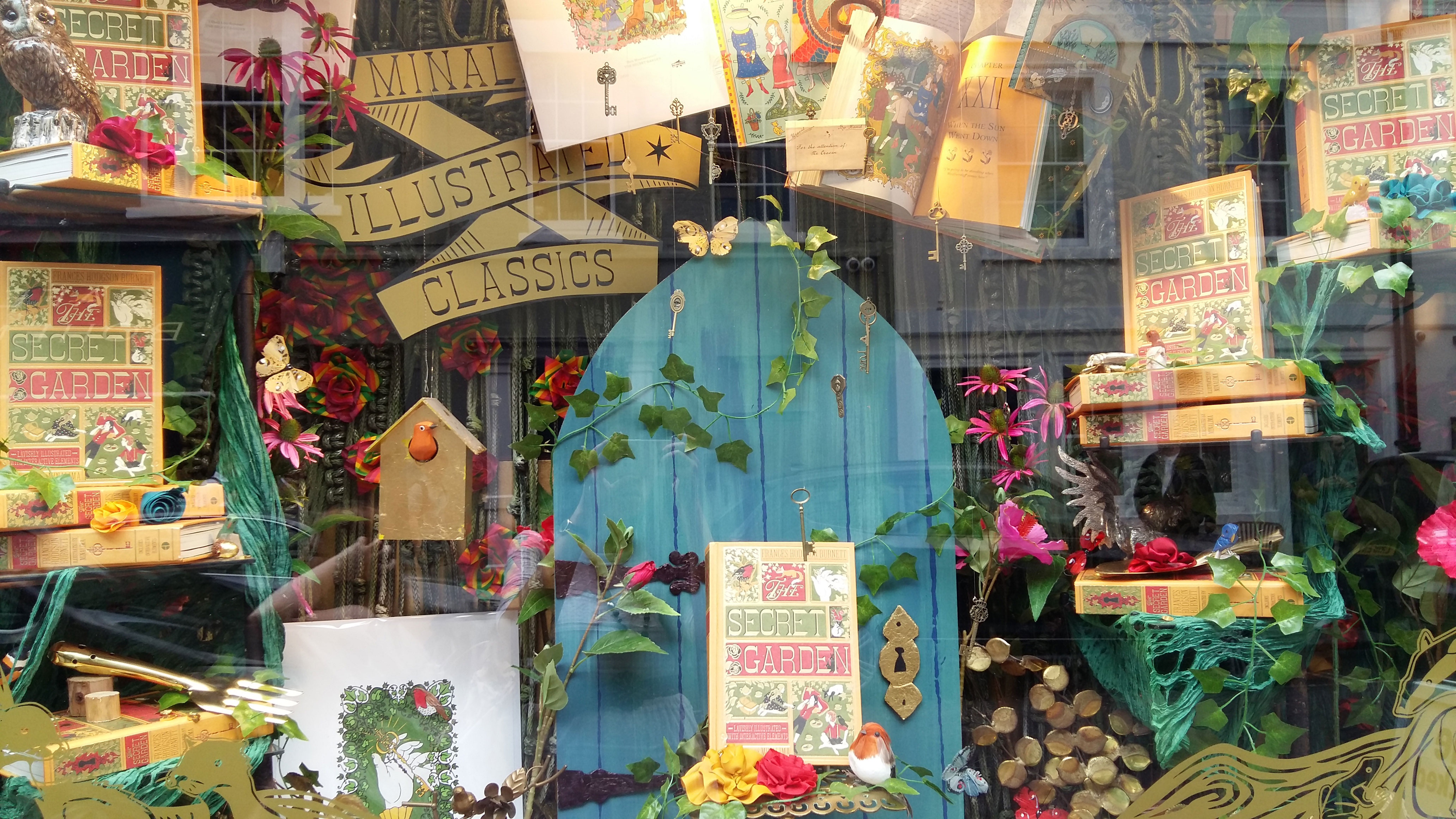 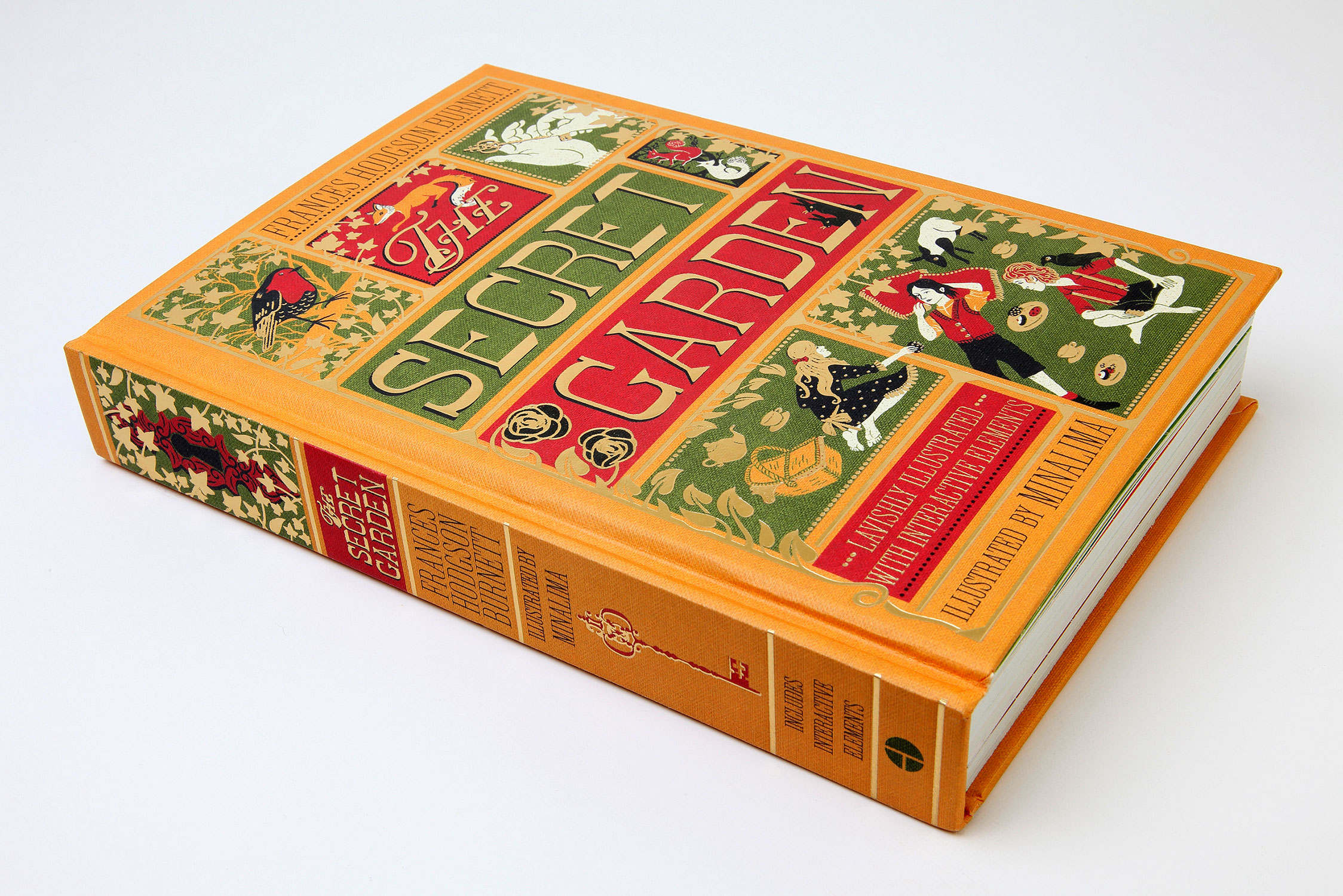 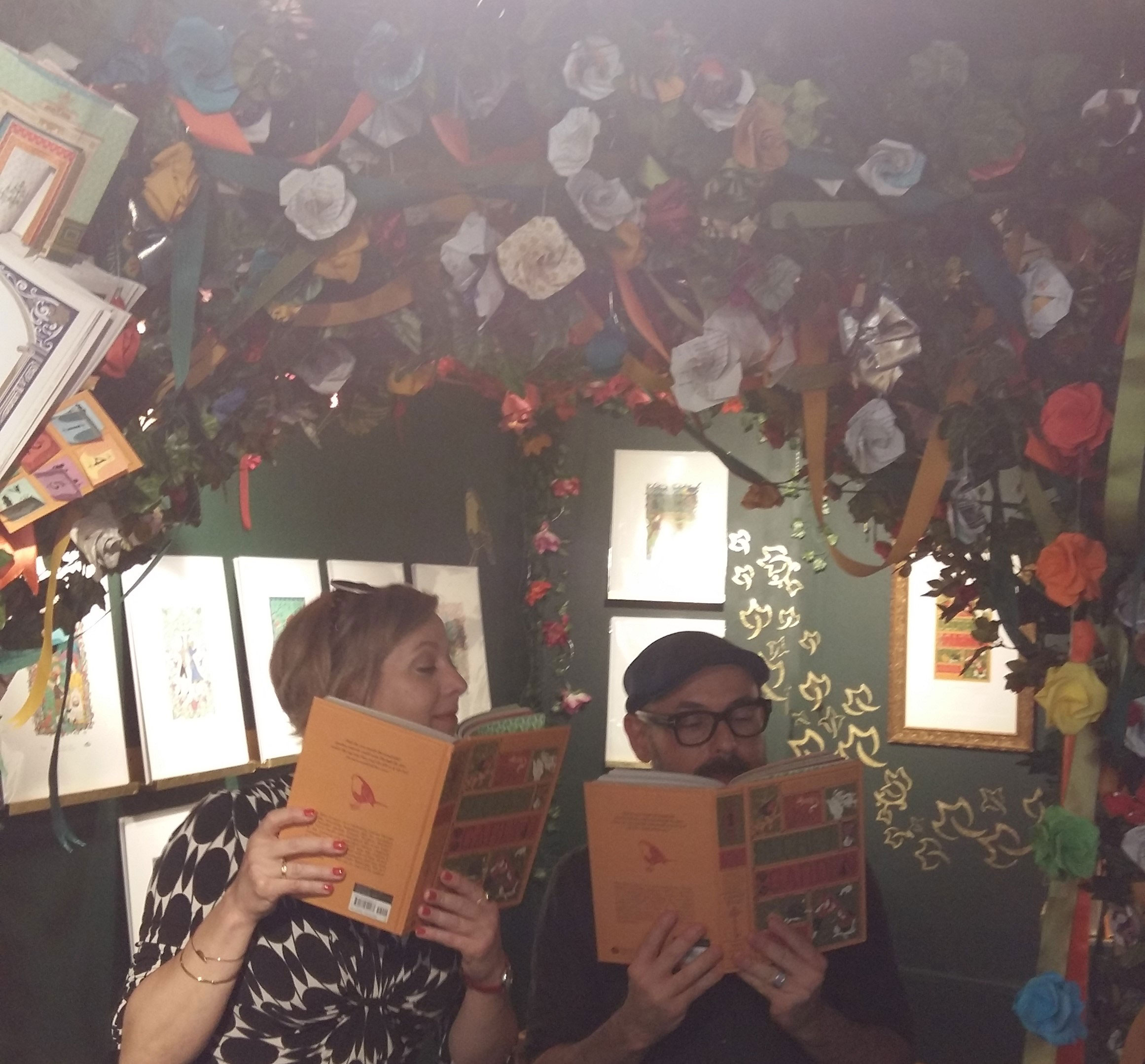 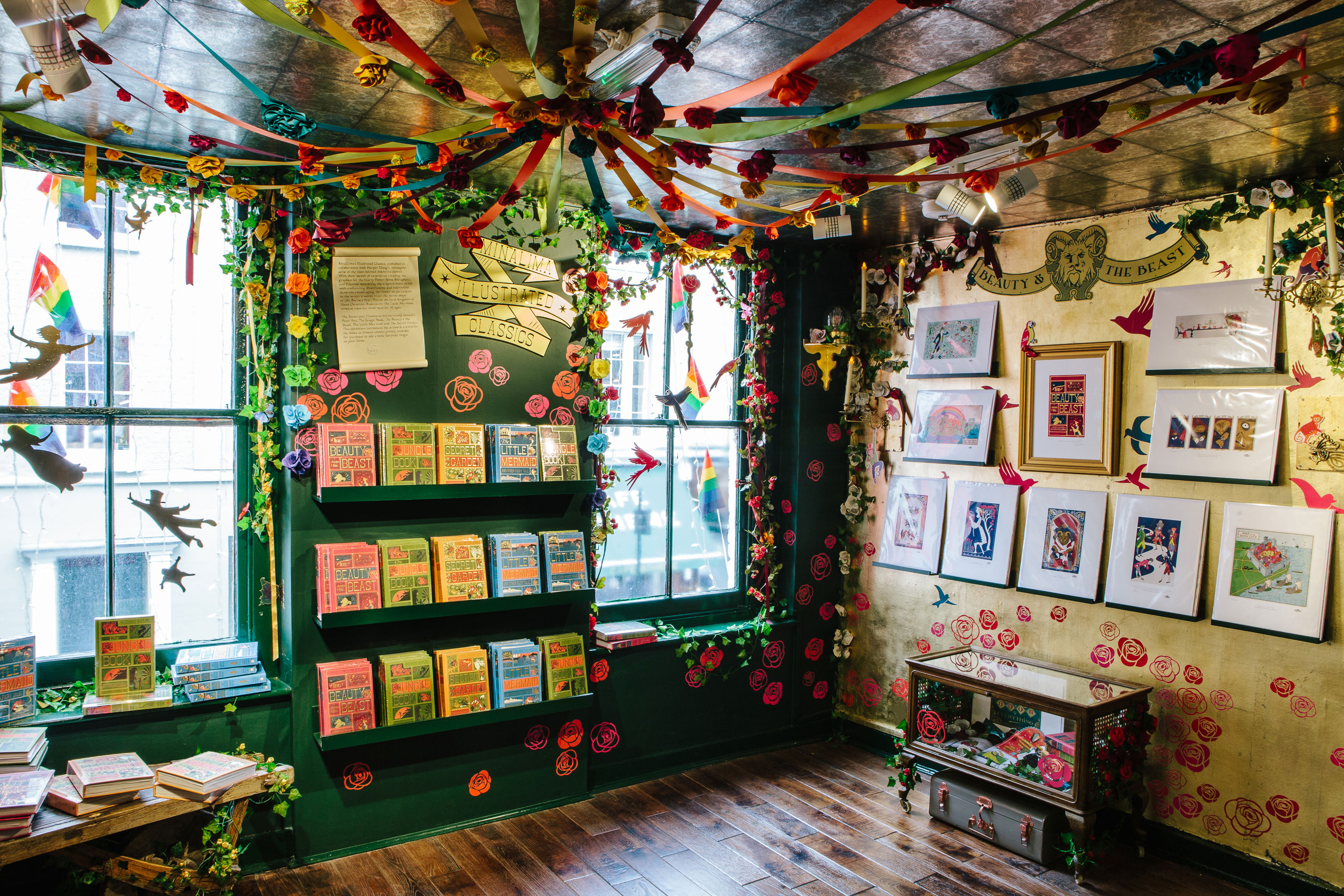 The Secret Garden by Frances Hodgson Burnett (which David Heyman is currently producing a new adaptation of, starring Julie Walters) is the fifth illustrated classic released by MinaLima. All of them have gorgeous, gold-foiled, debossed hardcovers and are filled with the graphic designers’ distinctive artwork plus interactive elements. For The Secret Garden, these elements include a Marauders-esque fold-out map and a cut-out wardrobe for the book’s protagonist, Mary Lennox. 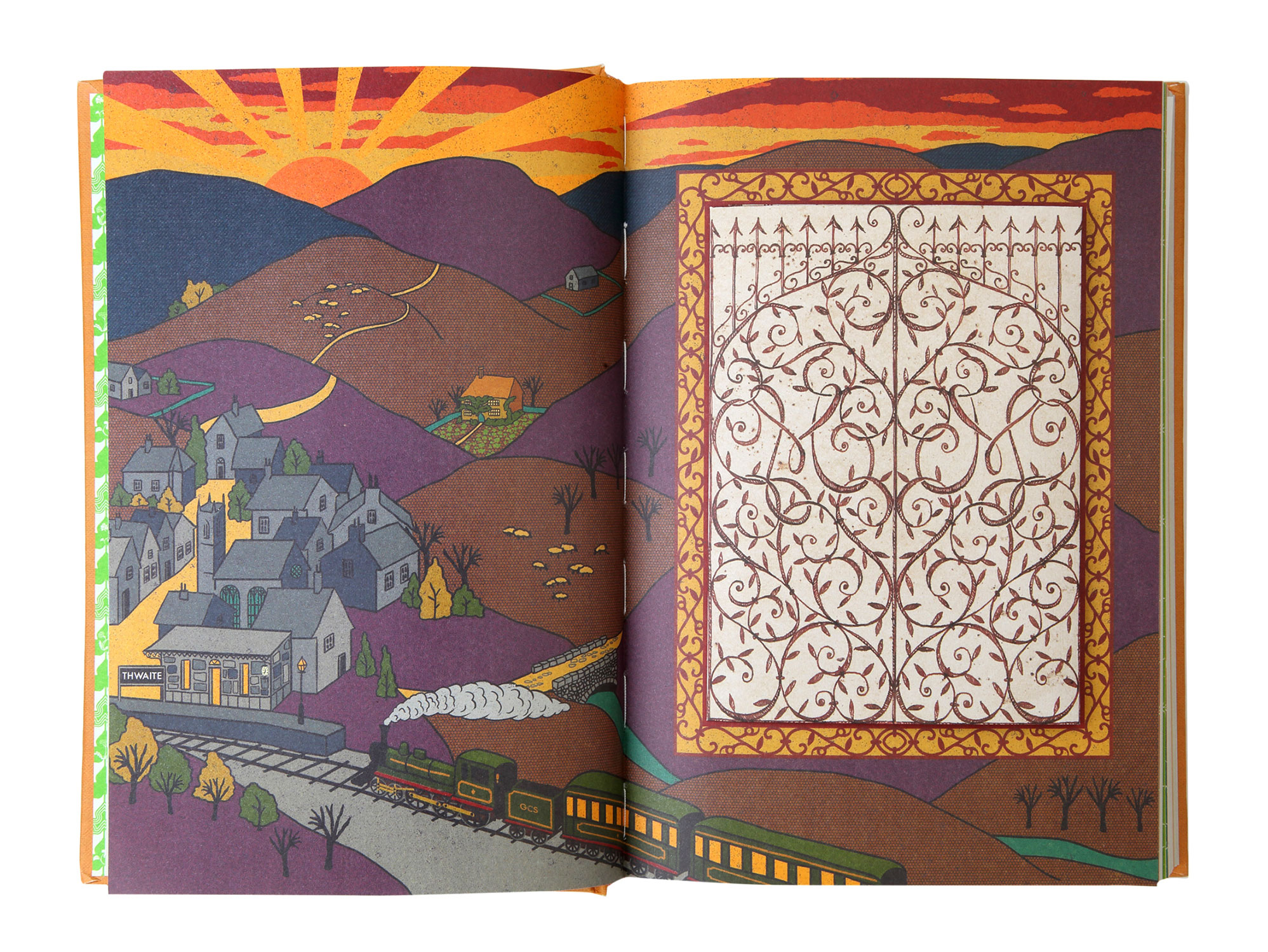 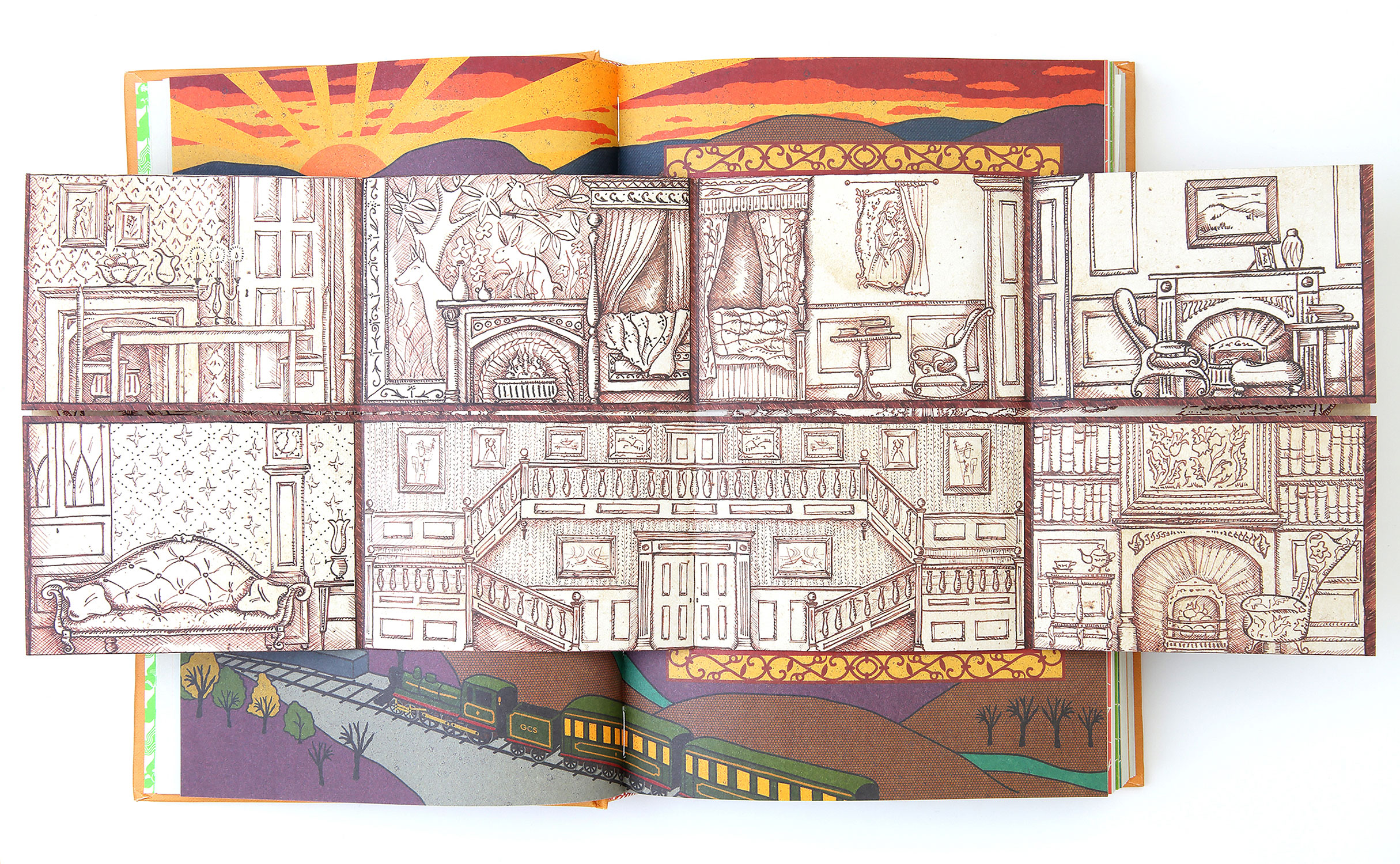 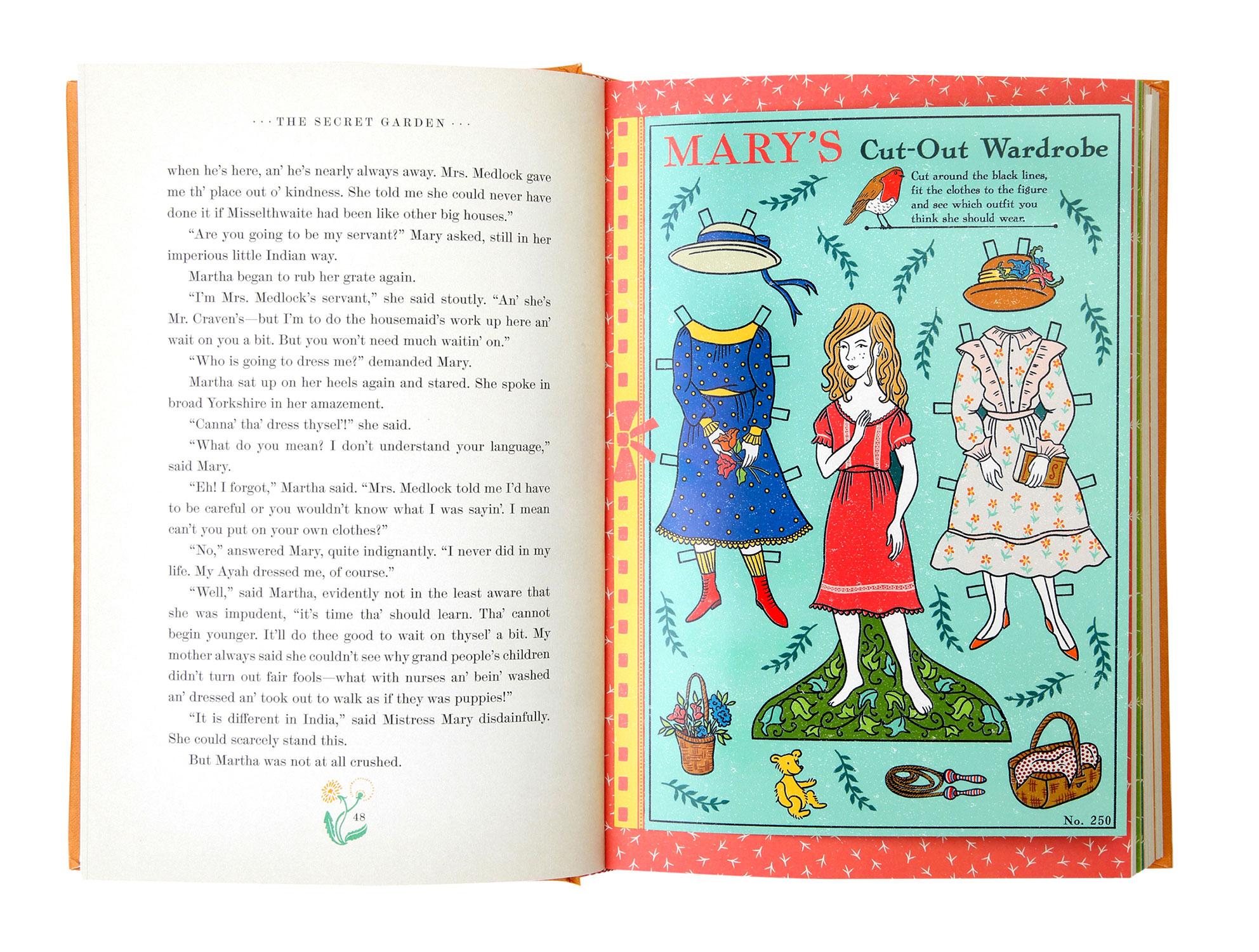 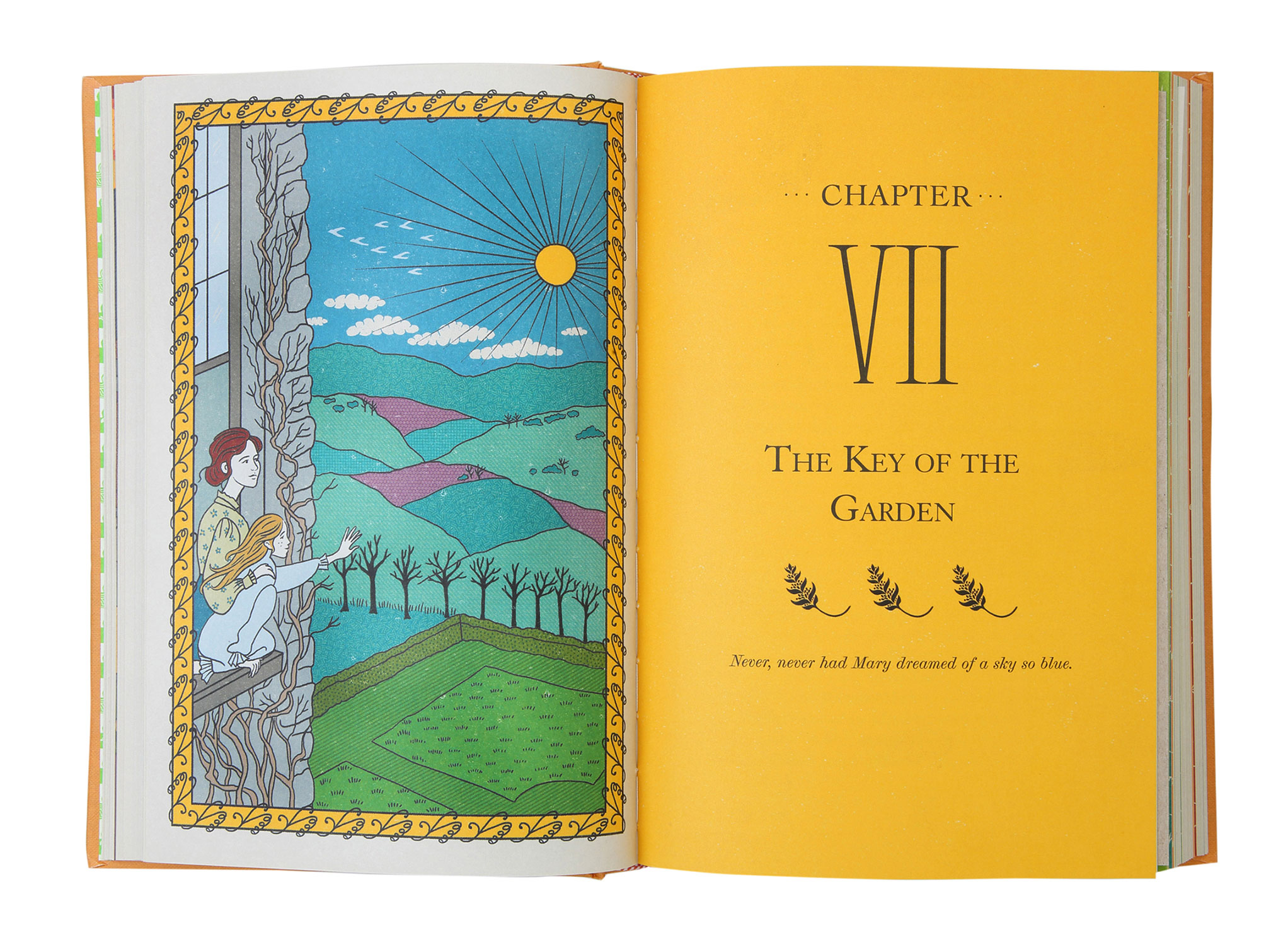 Alongside the launch, 17 limited-edition art prints are being released, featuring original illustrations from the book. The beautiful chapter plates work particularly well as prints because MinaLima ensured each one had a garden-inspired border framing it. The designers also decided to use browns at the beginning of the book and progress to brighter colors in a reflection of the changing seasons in the titular garden.

Lima picked out the final chapter plate (pictured below) as a favorite, while Mina told a story about one of the interactive elements: A member of their team went on maternity leave after doing a lot of work on the piece in question (also shown below) and her new daughter ended up sharing a name with its subject – Robin! 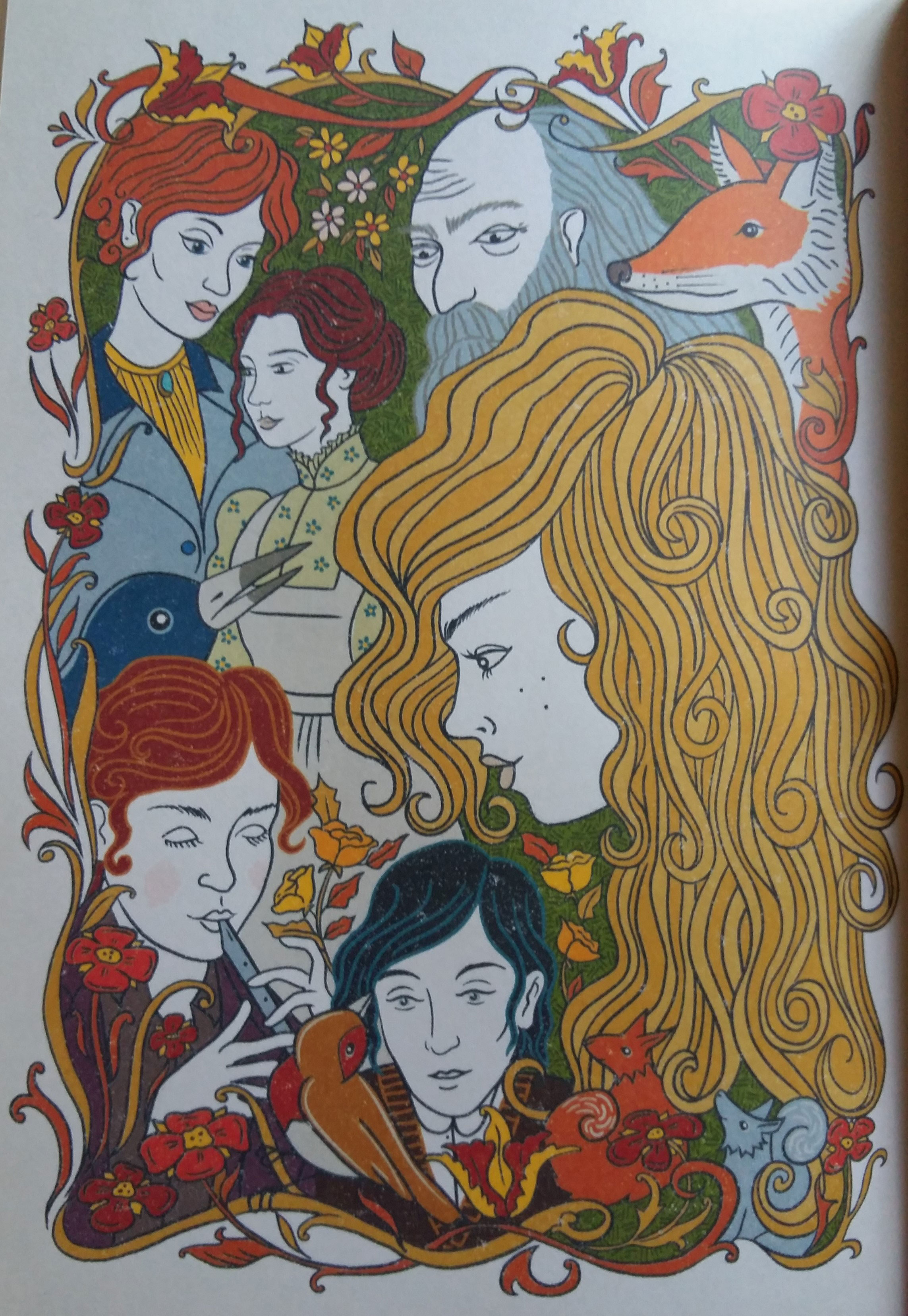 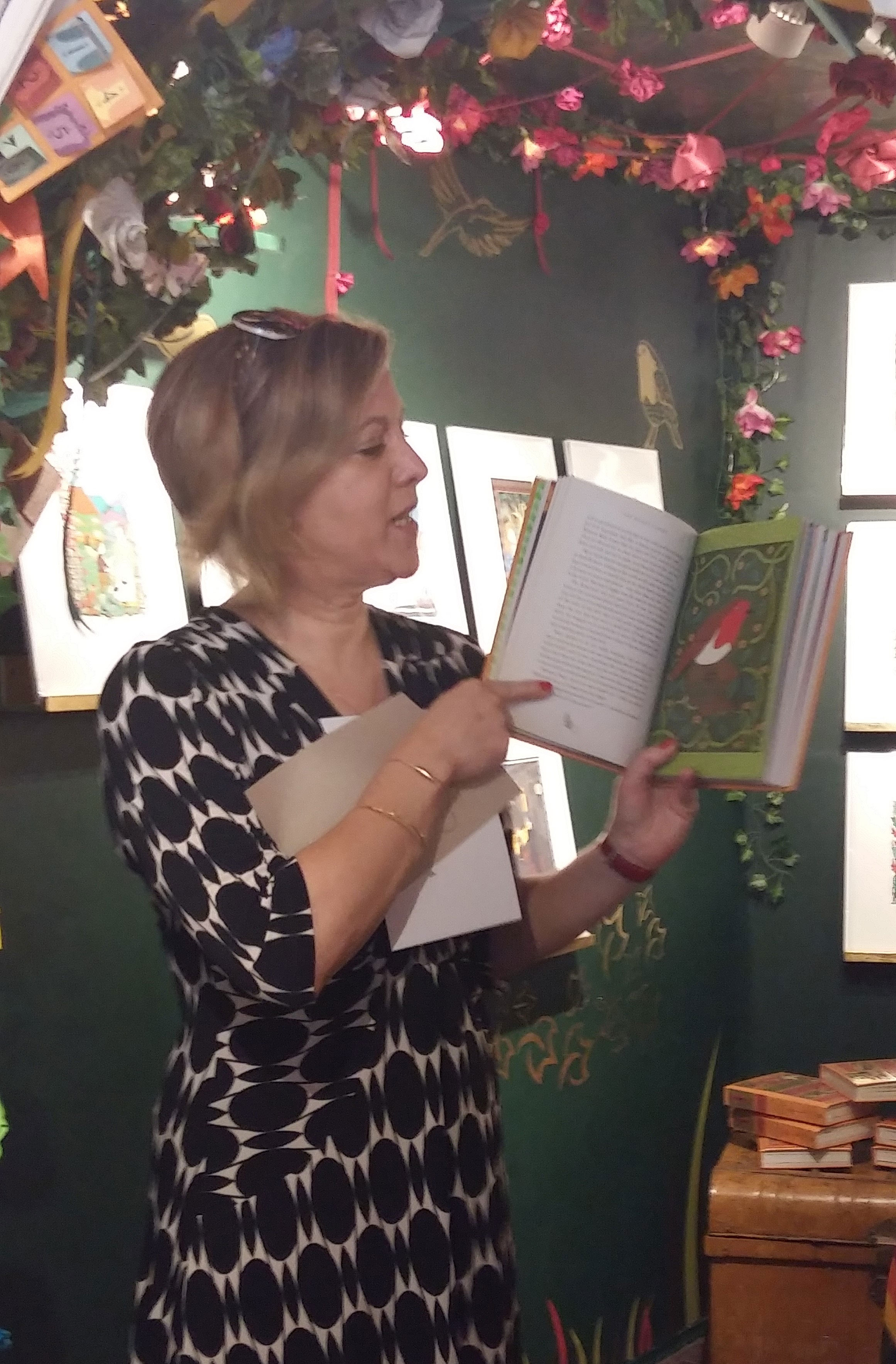 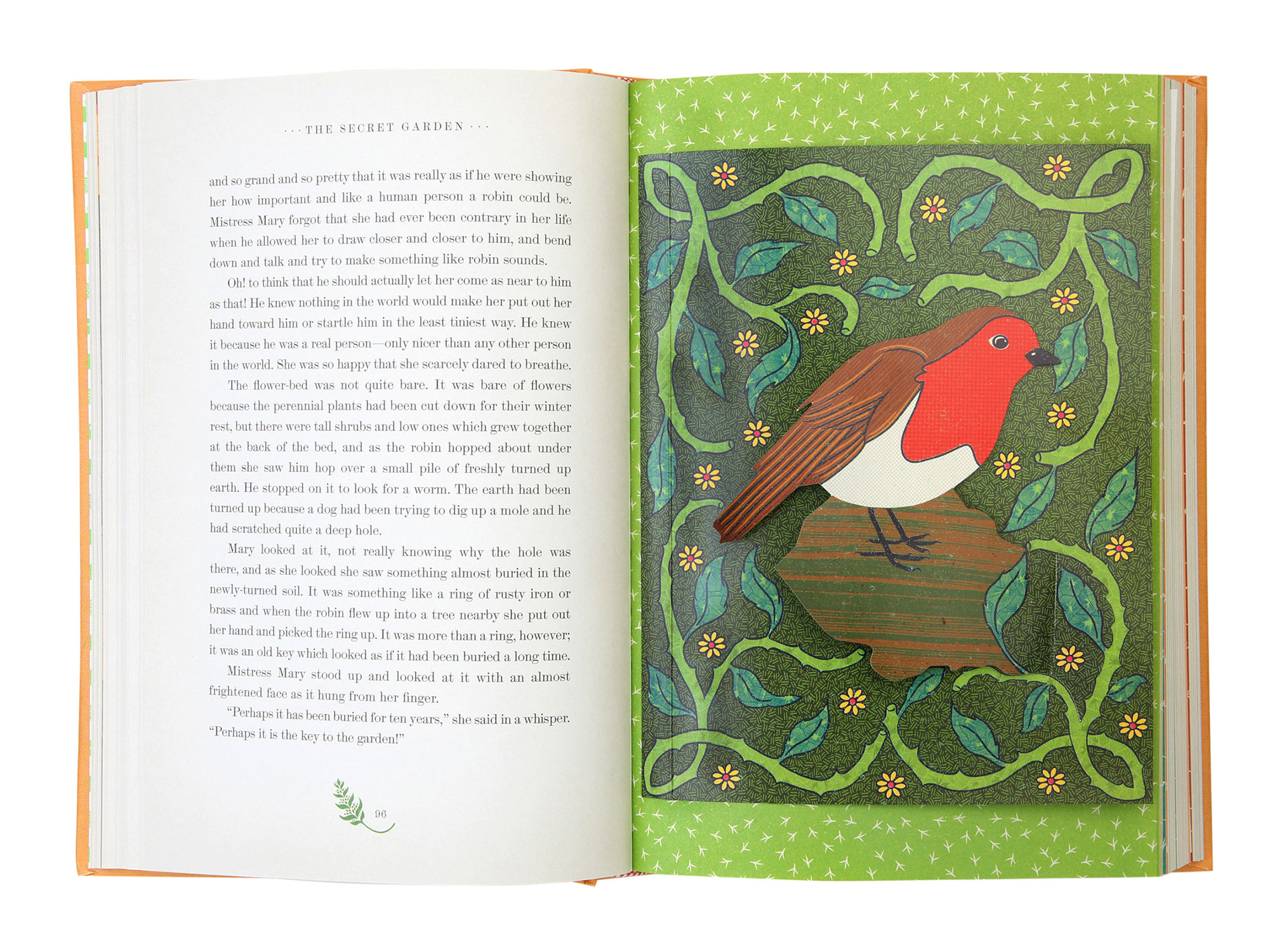 Robin from MinaLima’s “The Secret Garden” 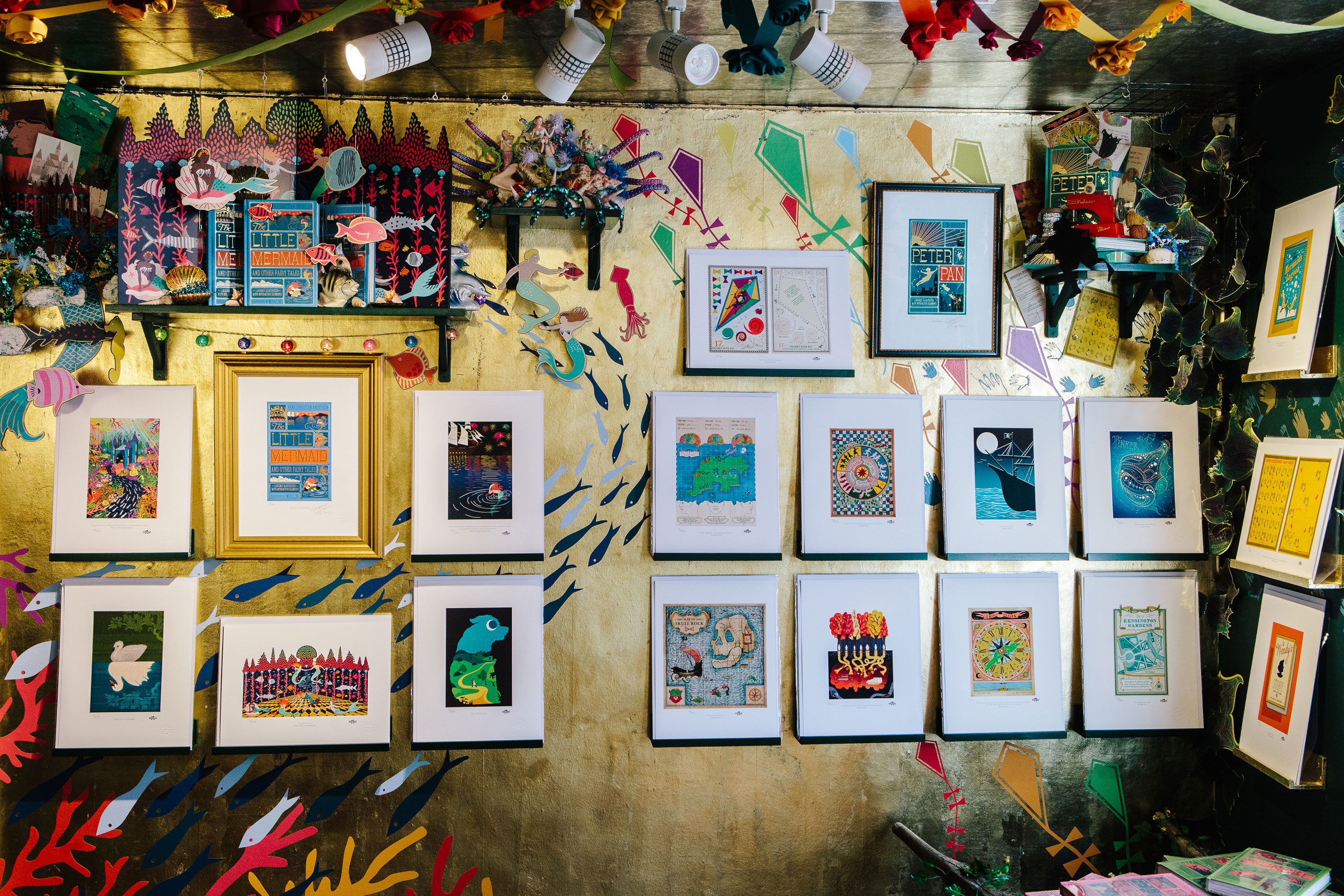 The illustrated classics gallery is an explosion of color, displaying limited-edition prints from all the books. The worlds of the stories collide around the room – a silhouette of Peter Pan flies across the window while stencils of monkeys scamper across the wall by The Jungle Book, and everywhere are paper roses that the whole staff at the House of MinaLima has been kept busy making. MinaLima hope the gallery will show that the books’ art is capable of standing alone as collectible pieces. 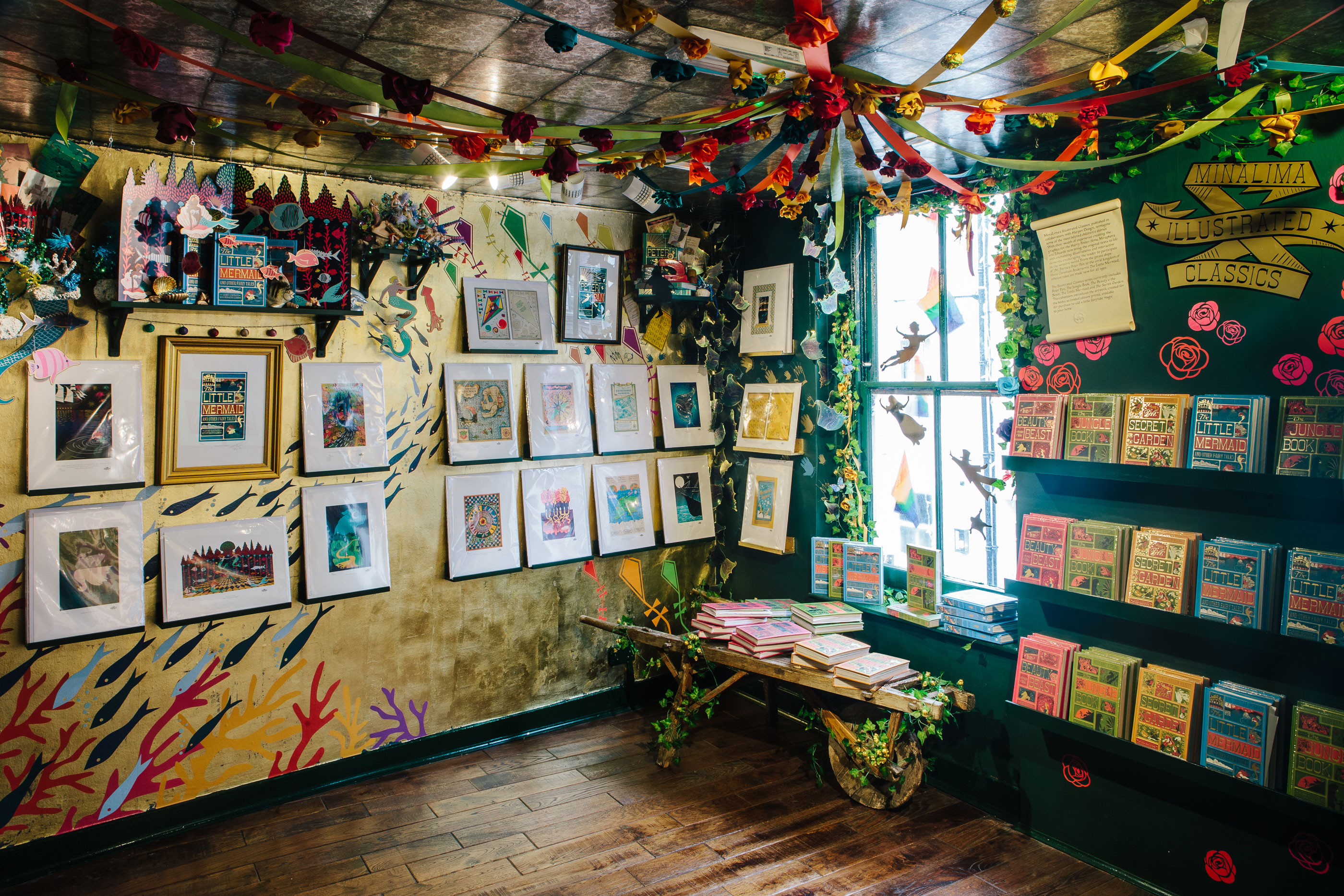 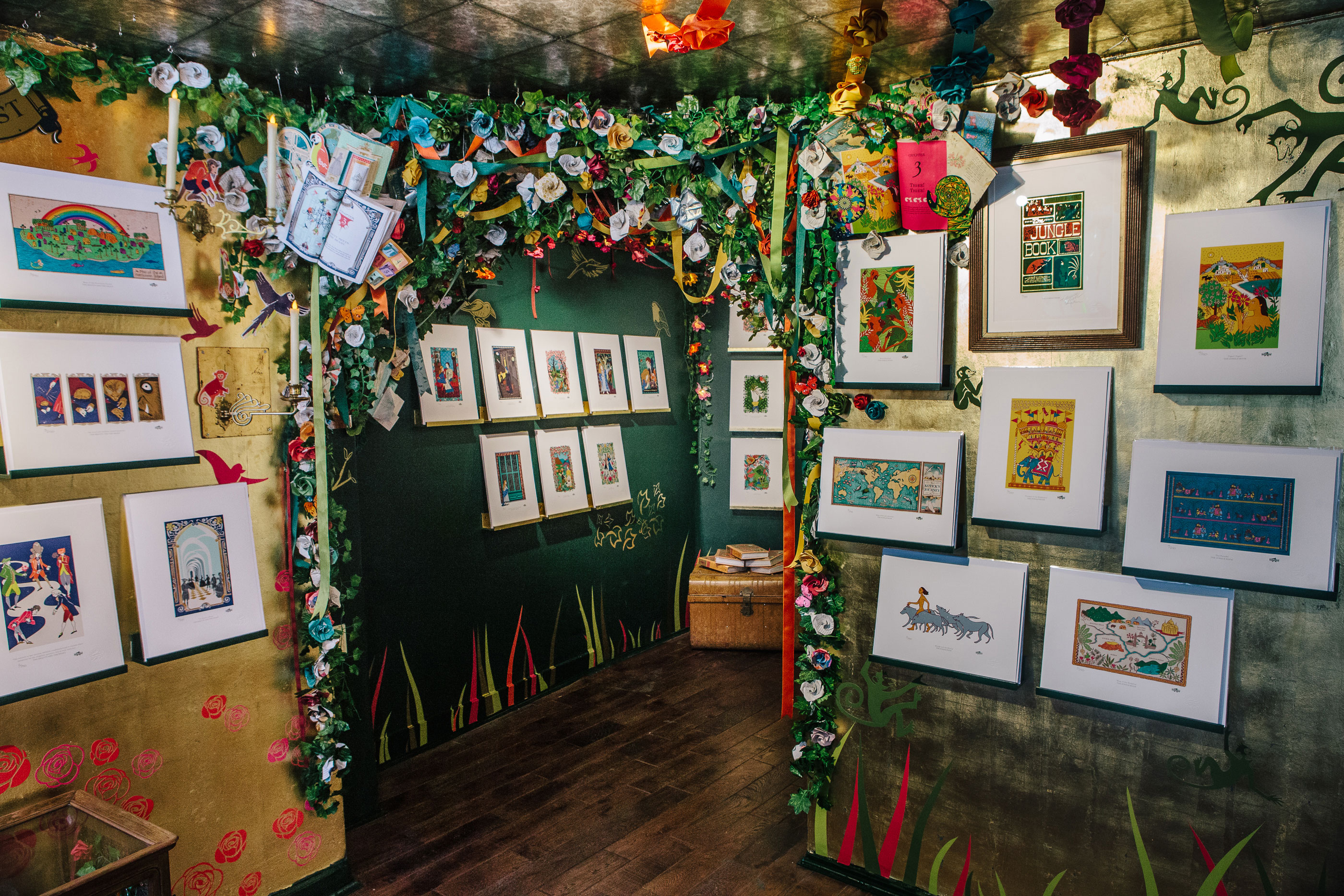 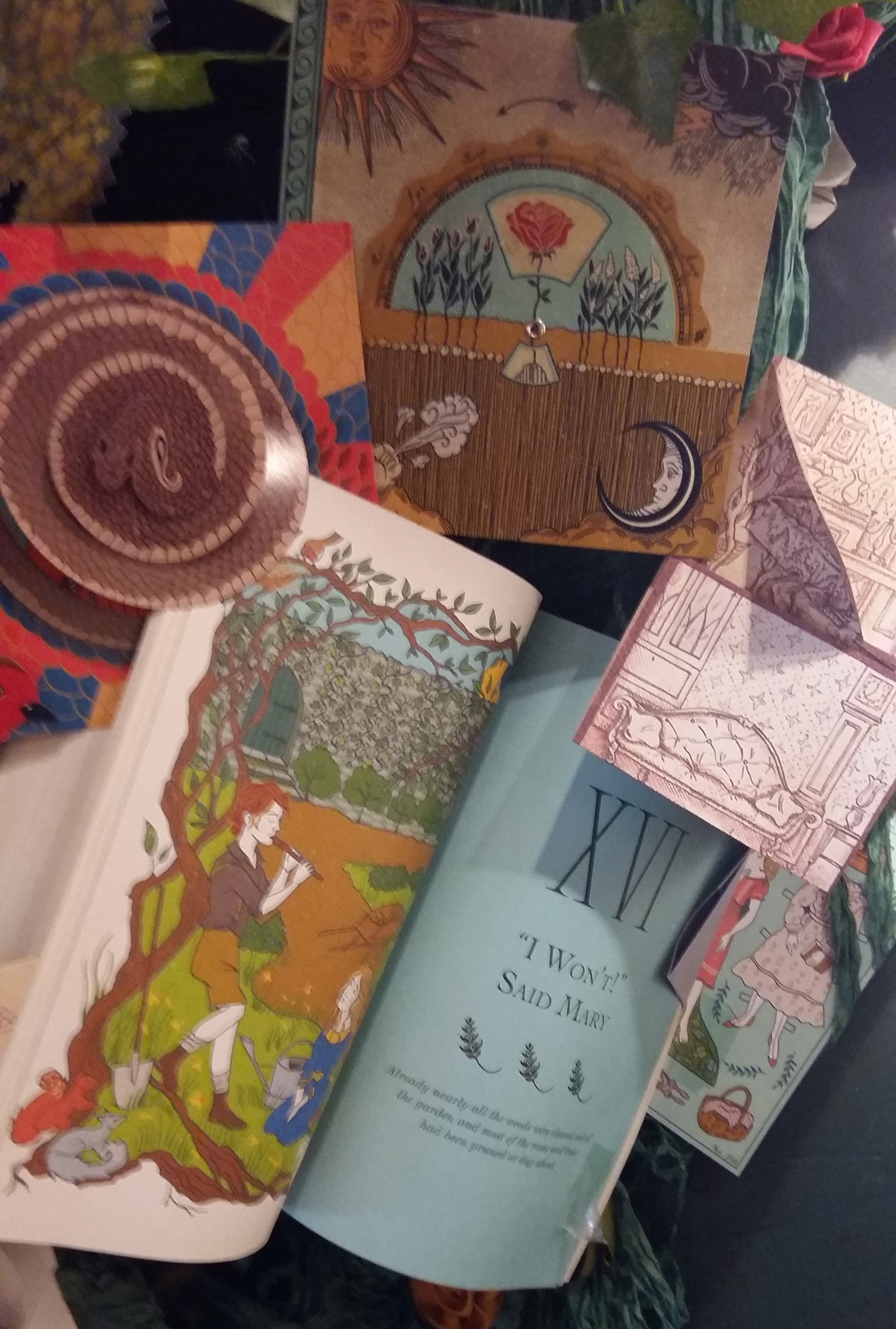 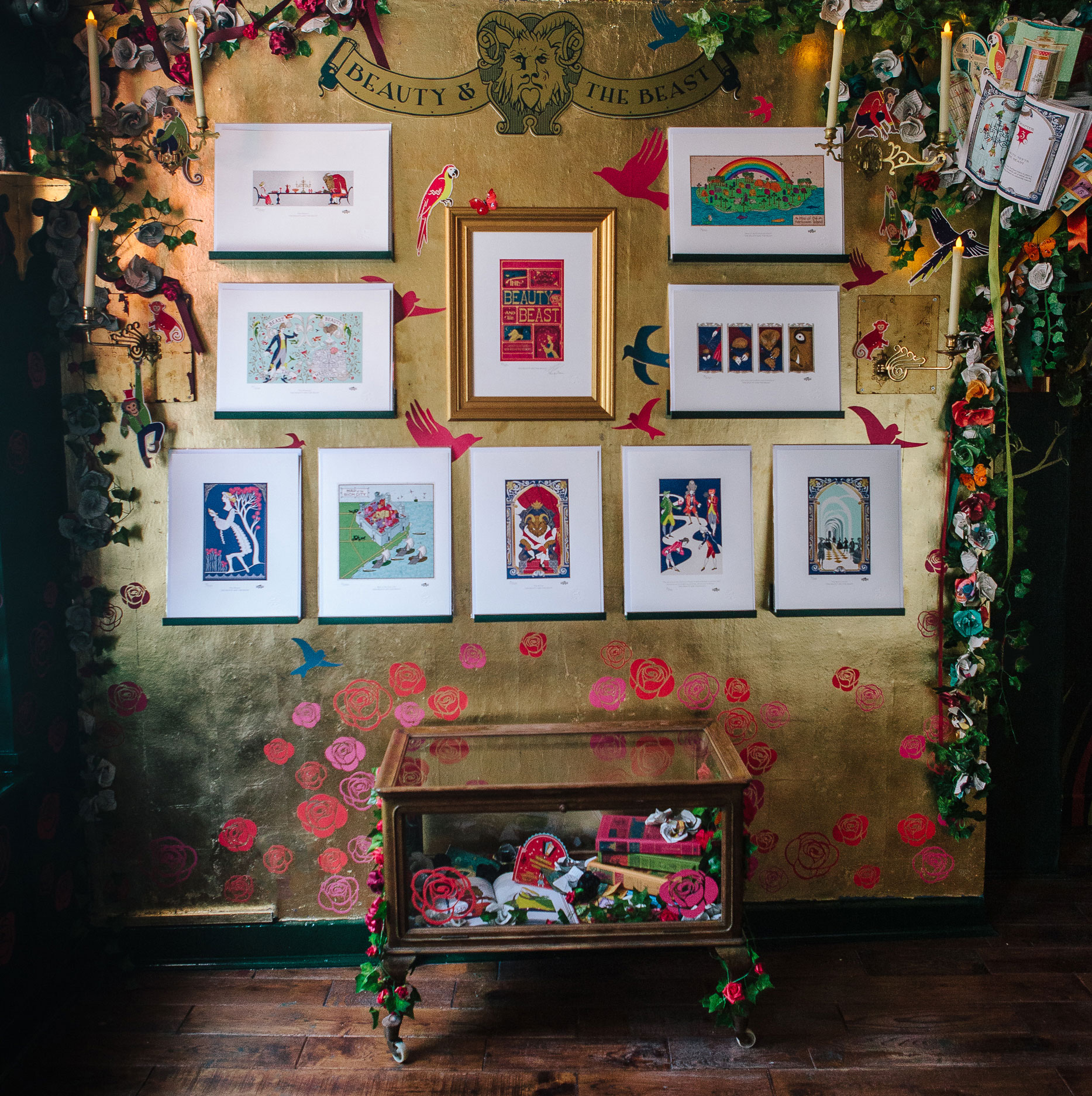 The gallery will probably be in place until the end of the year, when it will have to make way for new pieces from Fantastic Beasts: The Crimes of Grindelwald. As well as their work as lead graphic designers on the film, MinaLima have also contributed to the publication of its screenplay and film companion The Archive of Magic.

They plan to publish 12 illustrated classics, the next of which will probably keep them busy while working on Fantastic Beasts 3. Each book takes about a year to create, and much of their work on The Little Mermaid was crammed in and around their time on Crimes of Grindelwald. Lima and Mina both spoke about enjoying the freedom that working on the classics gives them and their appreciation for Potterheads who take the time to look at their art beyond the wizarding world.

They hope to get lots of children into the House of MinaLima over the summer holidays and introduce them to these classic books. Anyone visiting London should definitely check out the new gallery. The whole exhibition space is a great experience and Mina sums it up beautifully:

What we love about this house is seeing people leave smiling.

If you can’t get to London to see the gallery and buy your copy of The Secret Garden in person, it can be purchased on MinaLima’s website, where you can also find the House of MinaLima opening times.