Eddie Redmayne and Jude Law make a great pair, as we’ve seen at events like their surprise visit to Platform 9 3/4. On October 25, they appeared together on The Graham Norton Show. During their interview, they discussed wand movements and Redmayne’s unlucky on-set injury.

You might think that waving a wand is easy. According to Redmayne and Law, it actually takes a lot of work to make it look good. Redmayne said you wait a long time to get a wand and “you think you are going to be a pro at it,” but he admitted that “you really don’t know what to do with it.” He talked about how a coach helped him figure out his wand motions.

Law, on the other hand, had a more unusual method of preparation for wand work. He has spoken about Dumbledore’s wand before, and he clearly took his job seriously. However, he barely got to show off his skills:

I actually studied these wonderful films of Picasso painting through glass to see how he held his brush and I watched films of conductors conducting, and I get to do just one spell in the film and it was at a distance where I vaguely waved it in the air. It was so disappointing.

Law even practiced sleight of hand with a magician before finding out that they “CGI all of that stuff.” It’s unfortunate that he didn’t get to use much of what he learned, but maybe it’ll come in handy for a future film.

The show also posted a portion of the interview where they discuss Law’s conversations with J.K. Rowling and fan reactions to his casting. You can watch it here.

Meanwhile, Redmayne came to the show with a crutch and a boot on his leg. He explained that he hurt himself on the set of The Aeronauts, which he joined earlier this year. Ironically, the thing meant to keep him safe caused the accident:

Well, I was on set of a quite hardcore ‘stunty’ thing about two people in a hot air balloon and they had this crash mat beneath the balloon in case you fell out. I walked on to [sic] the crash mat, tripped on it, and fell and sprained my ankle.

Nevertheless, Redmayne kept a sense of humor, likening his injury to one sustained by Tom Cruise and also comparing himself to RoboCop.

Check out some photos from Redmayne and Law’s appearance below! 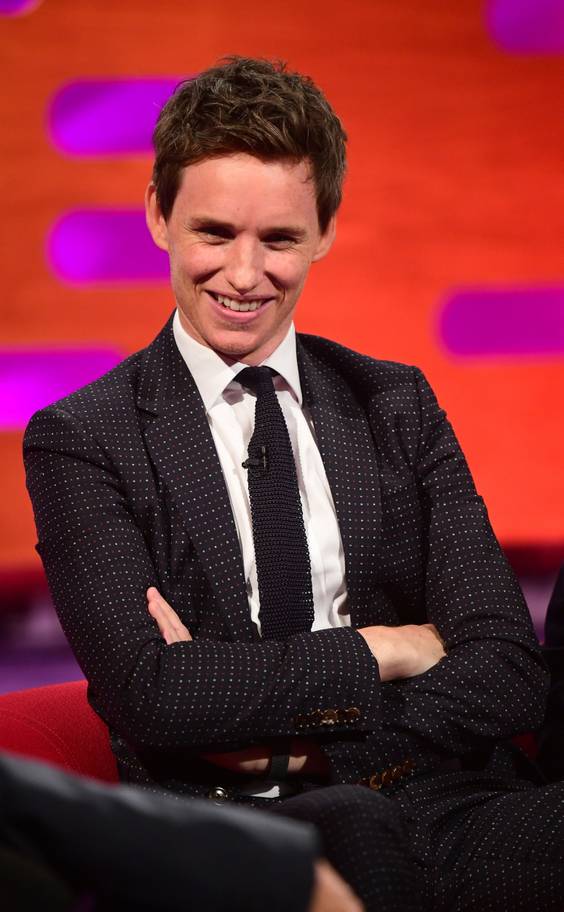 Eddie Redmayne sits on the couch on “The Graham Norton Show”. 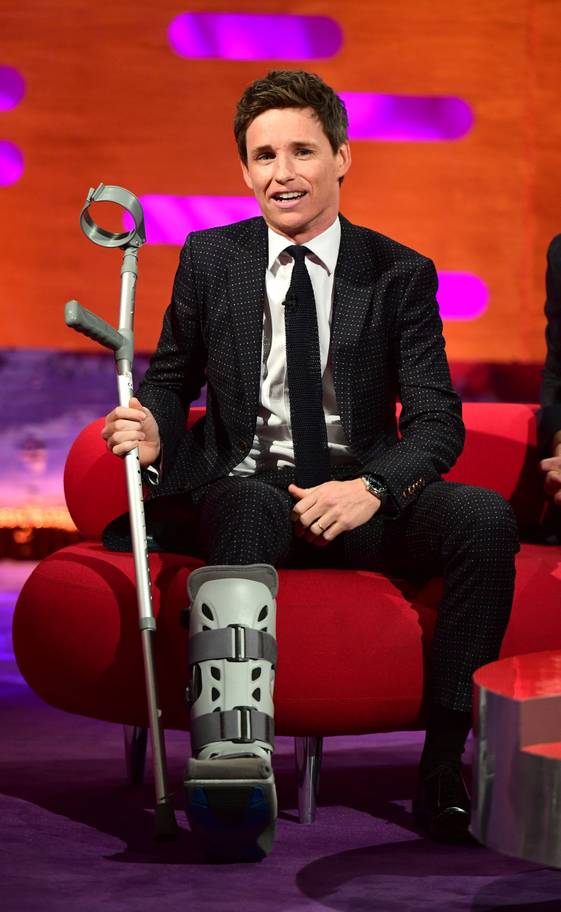 Eddie Redmayne sported a boot from an on-set injury during his interview on “The Graham Norton Show”. 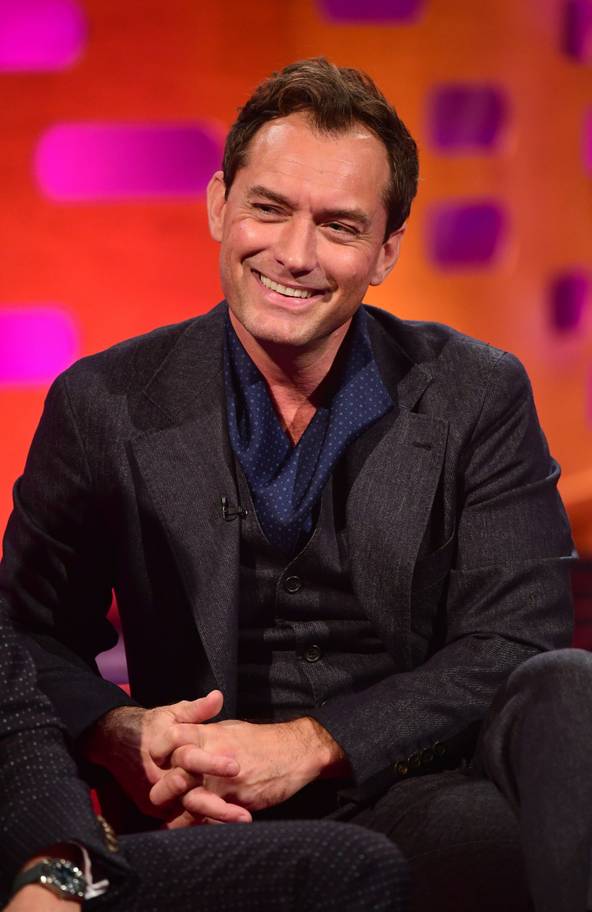 Jude Law smiles during his interview on “The Graham Norton Show”. 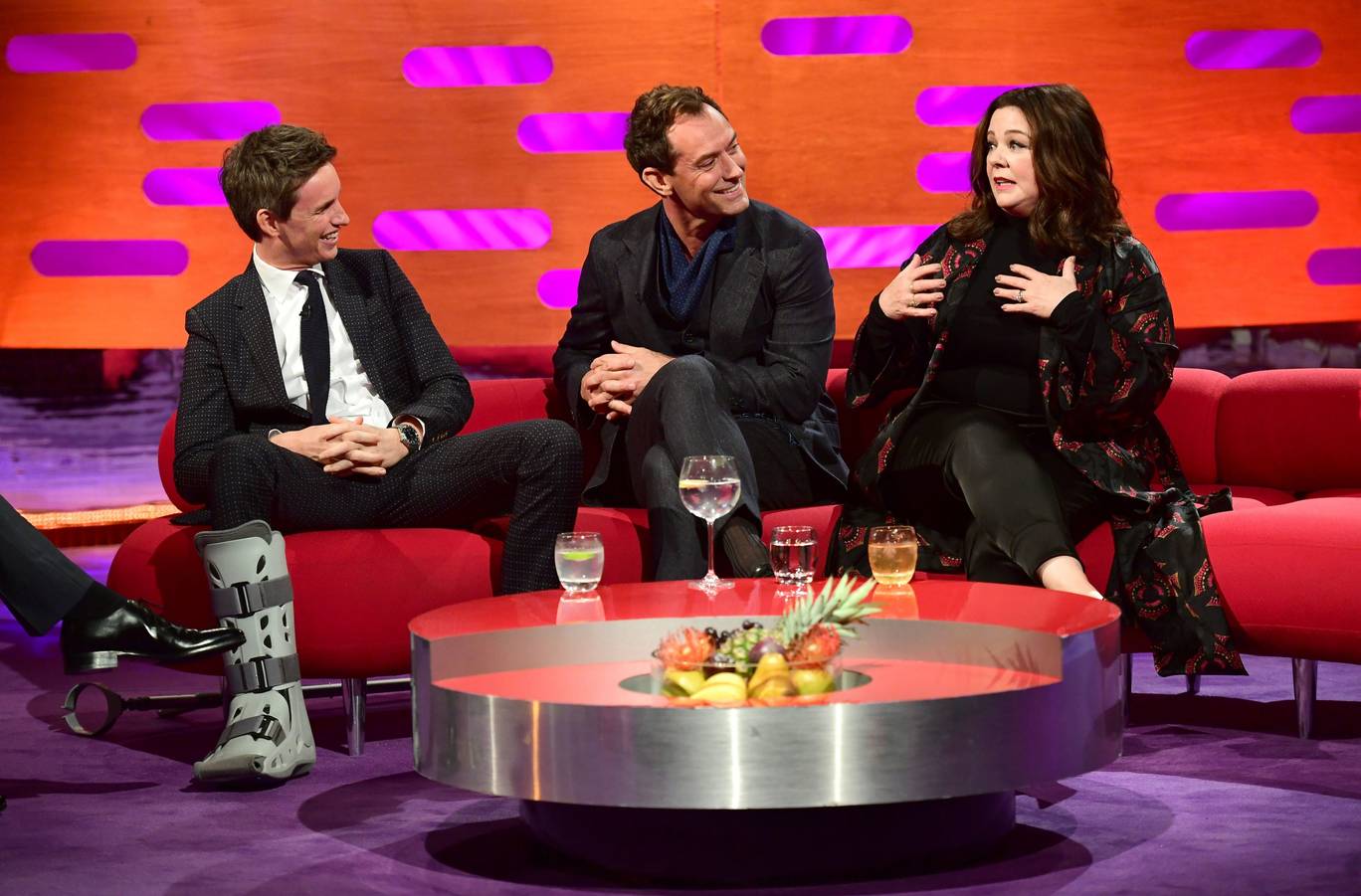 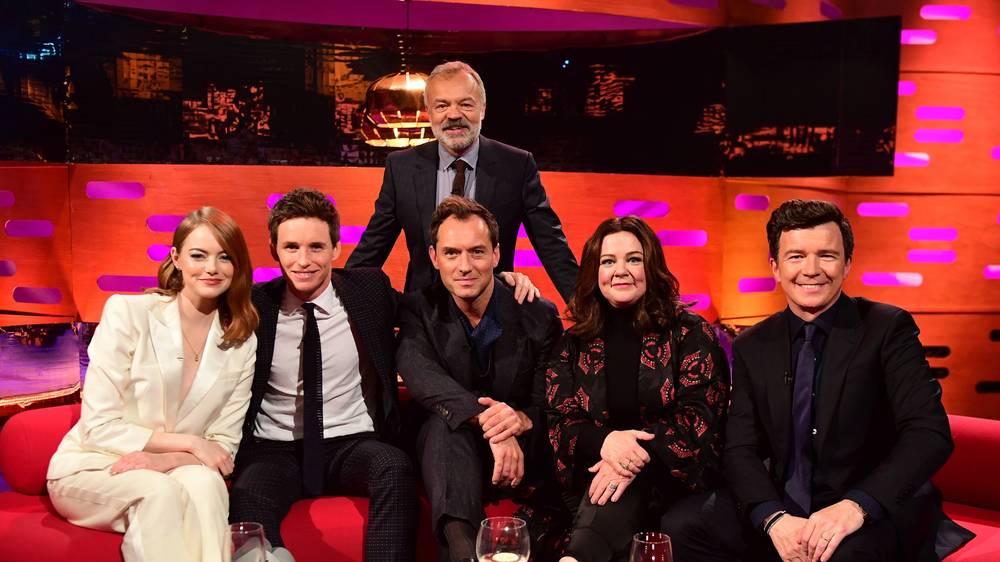 Eddie Redmayne and Jude Law pose for a group photo on “The Graham Norton Show”.