The Harry Potter universe may be full of selfless heroes and acts of bravery in the worst of times. However, amidst all the great characters, there are some terrible villains too. Here are the ten villains I think are the cruelest in descending order.

He may have been a double agent, but that doesn’t excuse the constant bullying he did to his students.

Lucius was an arrogant Death Eater who believed himself to be better than other wizards and Muggles. He terrorized the Muggles during the Quidditch World Cup, punished Dobby, and belittled Arthur Weasley and his family. He also inadvertently opened the Chamber of Secrets by giving Ginny Tom Riddle’s diary. However, he did prioritize his family over evil in Harry Potter and the Deathly Hallows, so at least he wasn’t 100% bad.

I’m interested to learn more about her in the Fantastic Beasts films and her relationship to Voldemort. But we do know that she murdered a bunch of people in the Harry Potter series, so that does make her pretty terrible.

Greyback was a sadistic monster who enjoyed the worst parts of his existence. Instead of suppressing the awful werewolf instincts, he enjoyed what he did, including turning Lupin and biting other innocent children. 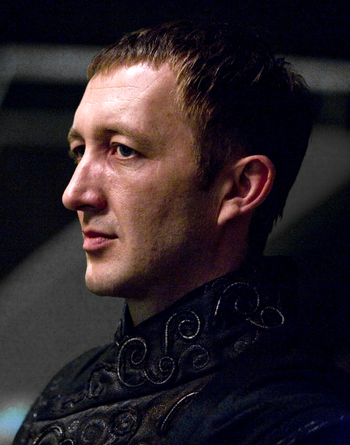 Besides torturing students and making them use the Cruciatus Curse on each other, he spat on McGonagall too. That last bit alone is enough to secure him a spot in my top ten.

He may have had an absent father, but that doesn’t excuse joining the Death Eaters, letting your mother die in prison, murdering your father, kidnapping Moody, and manipulating everyone so Voldemort rises again.

Although we don’t have much information about him at the moment, we know he tried to create a world where wizards dominated Muggles. Once Fantastic Beasts: The Crimes of Grindelwald comes out, we will learn a lot more about what he did. He might even be the most malicious villain in the Harry Potter universe.

She caused a lot of damage and pain for a lot of people. Besides torturing Neville’s parents to insanity, she killed Sirius and tortured a lot of people, including Hermione as well. At least Molly defeated her before she could do anything bad to Ginny.

Voldemort did try to take over the entire wizarding world and he is responsible for numerous deaths, but he is not the worst villain in the series for me.

I found Umbridge worse than Voldemort. As someone who uses her position of power to make other people suffer, she represents the worst of Hogwarts and humanity as a whole.

Whom do you think is the worst villain? Let us know in the comments!