Are there any bright young Ravenclaws out there looking for a new game to play? Or anyone else who loves word games? If so, check out the Harry Potter edition of Lexicon GO! The game feels a little like Scrabble, but it’s a lot faster and more intense.

Lexicon-Go! Is one ‘L’ of a super-fast word game. Race against other players to get rid of all your playing card tiles, swapping letters and even adding your tiles onto other players’ words. This game comes in a cool, portable bag, which makes it the perfect game for on-the-go, whether you’re playing with friends or the kids. In this special Harry Potter Edition of Lexicon-Go!, there are 4 spell tiles to increase your chances of winning, the Polyjuice Potion tile can be used as any letter and if you can spell the word SNITCH you win the round!

The objective of the game is fairly simple. The player must discard all ten of their tiles before any of the other players. This can be done by making the letter tiles into words and by using up the spell tiles. The spell tiles are what really gives the game its Harry Potter theme. While players can use the letter tiles to make Harry Potter-related words, including character names, most of the time shorter and more common words will be used to win. 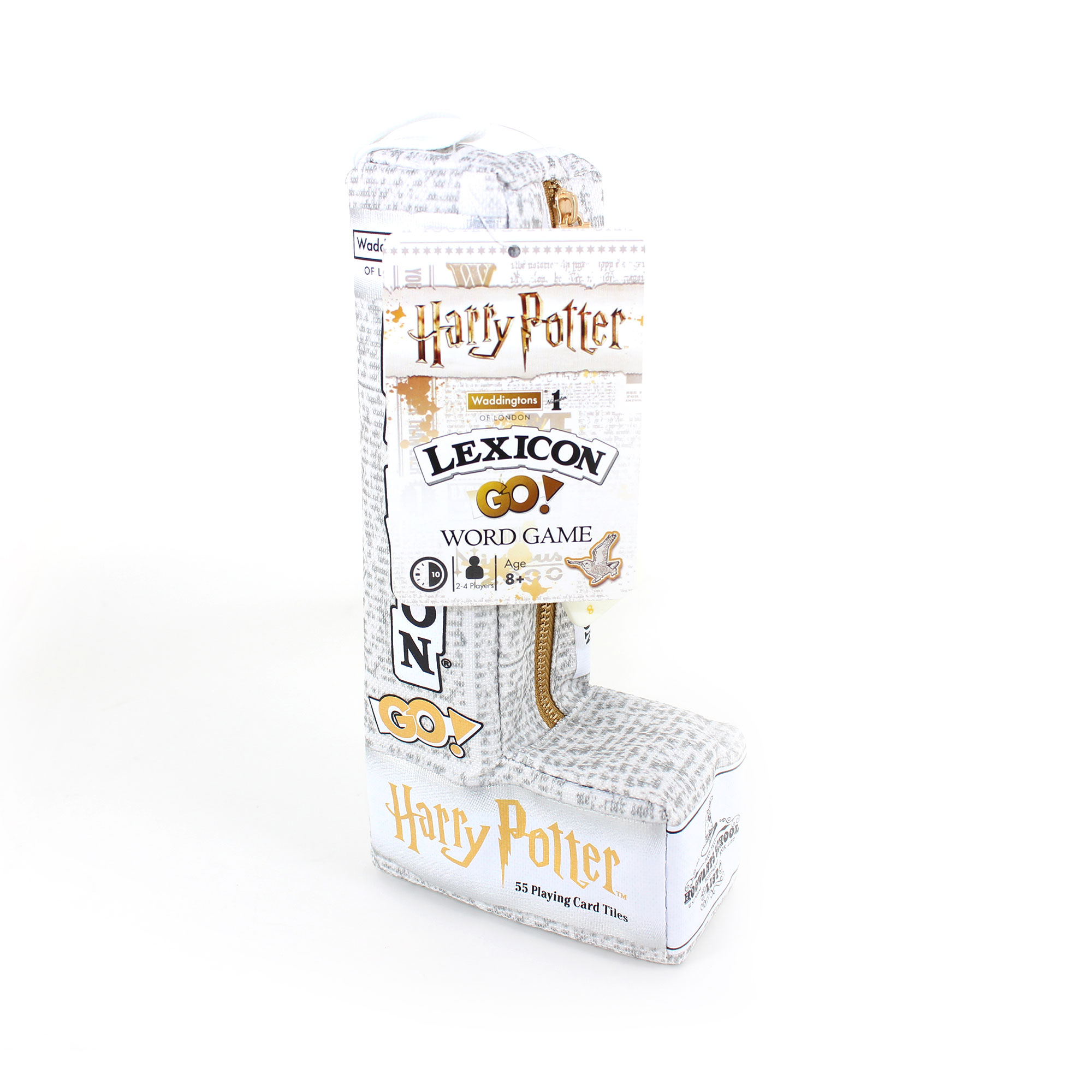 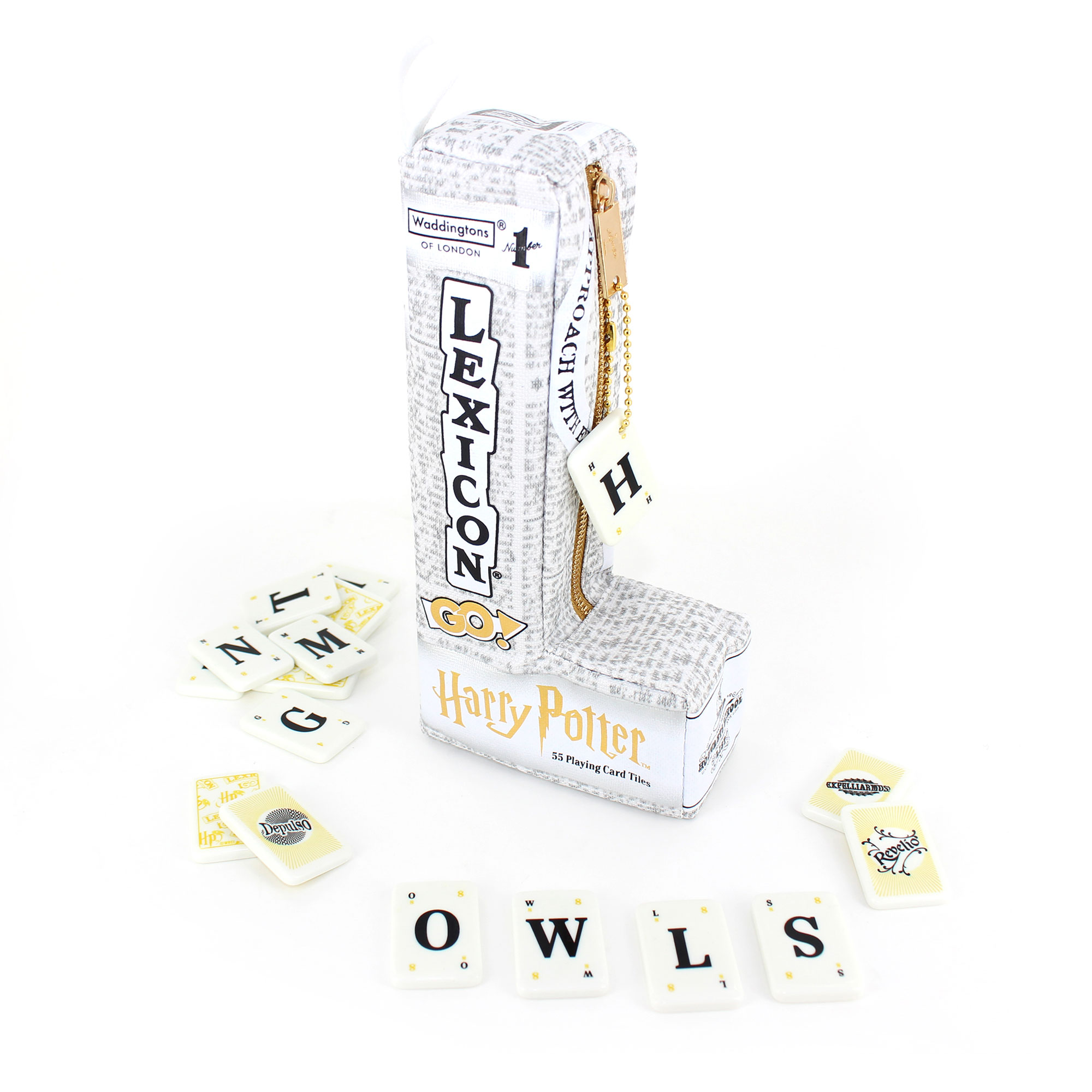 There are four different spell tiles: Expelliarmus, Stupefy, Revelio, and Depulso. The effects of these spell tiles vary, some helping the player who uses it, and others designed to sabotage other players. They can be extremely useful and it’s definitely fun to shout out the spell names. However, I wish the instructions had gone into a little more detail on their effects since it was a little confusing on the first read through.

Once the instructions had been puzzled out and I got down to playing the game, it was super fun, albeit a little more challenging then I first expected. I’m normally pretty good at word games, but the speed of the game caught me off guard. Instead of the players taking turns to place tiles, in Lexico GO! all the players race to finish as they place tiles simultaneously. As such, just having a large vocabulary doesn’t give you that much of an advantage since you have to be able to think and move rapidly.

I actually really loved the speed, since it felt like it leveled the playing field, with everybody scrambling to keep up. During most rounds, the winners only beat out the other players by a handful of seconds. This kept the game feeling fresh and the competitiveness high since it never felt like there was any player with an advantage. The constantly shuffling spell tiles helped with this as well.

However, the speed wasn’t my favorite part of the game. My favorite part was that spelling out the word “Snitch” was an automatic win, if only because it made me laugh. I think Harry Potter would approve. All in all, Harry Potter Lexicon GO! is a super fun game, so be sure to check out the giveaway information below! 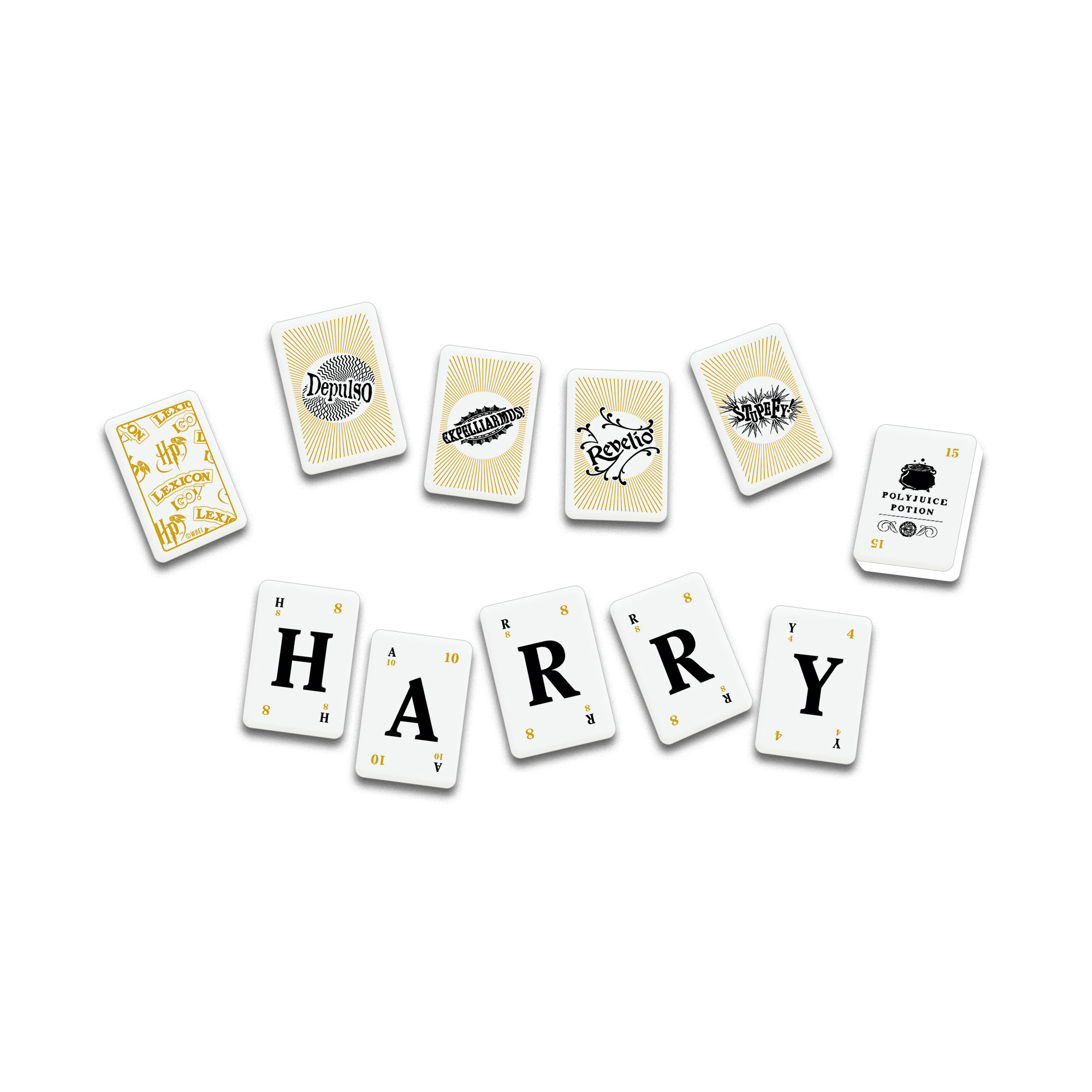 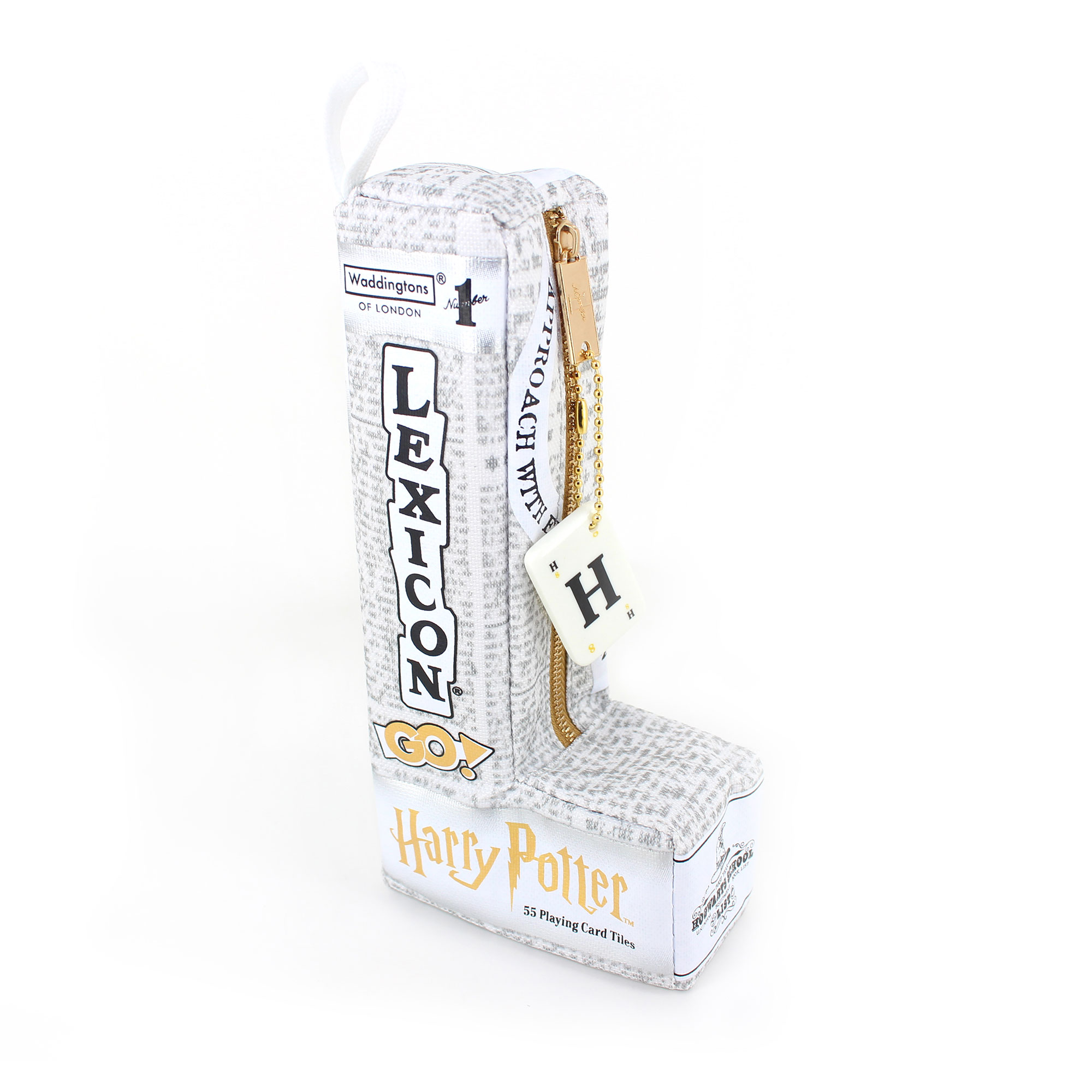 Our giveaway is open to all United States residents from October 22 through 11:59 p.m. on November 5. If you’d rather not take a shot at winning, you can purchase the game directly here! Otherwise, there are multiple ways to enter using our Rafflecopter, below. Make sure to check your email (including your spam or junk folders!) after November 5, because we will send all five winners an email requesting shipping information, and we must have your reply within 24 hours or another winner will be chosen in your place.