Get Ready for the National Tour of “The Lightning Thief: The Percy Jackson Musical”!

Harry Potter fans are blessed with movie adaptations that do Rowling’s novels justice. Other fandoms are not so lucky. The movie adaptation of Rick Riordan’s Percy Jackson and the Olympians is notorious for how poorly it incorporated the plot of the book.

Fortunately, Percy Jackson has been given a second chance in the form of The Lightning Thief: The Percy Jackson Musical. The musical had a very successful Off-Broadway run and is getting ready to embark on a national tour. We got an opportunity to speak to members of the production crew and cast.

The people behind this production are committed to making an adaptation of Percy Jackson that the fans enjoy and appreciate. Stephen Brackett, the director, opened the press day by stating, “We are really excited to be doing a show that really honors the books and really honors the fandom that surrounds these books. […] At every point when we have had a question about ‘what do we do with this show, what do we do with this adaption,’ we just dive into those books and they always have the answers for us.”

Barbara Pasternack, the producer from TheaterWorksUSA, spoke about how important it was to find the right person to write the script.

After Tracz was brought on to write the script, Rob Rokicki was brought on as the composer and lyricist. He was dedicated to keeping the tone of the novels in the musical.

My job as a storyteller is to do justice to the work. […] How do these characters speak? How do they sing? How do they live in this world musically? […] I just keep going back to the books, and whenever possible, I tried to find a line or a something that could be used in the songs that would be revelatory to that character.

Part of making a show that stays true to the canon and fandom is having actors who love the story as fans. Jorrel Javier (Grover and Mr. D.) spoke about how long he’s been a fan of the novels.

I was a massive fan of the books in middle school. It’s how I got through middle school, and so for me, it was a dream come true […], being able to join characters that I had left behind after high school and revisit the world of Percy Jackson.

Those who were lucky enough to see this show during its Off-Broadway run can expect a bigger production on tour. Chris McCarrell (Percy Jackson) said, “We really thought it was important to not mess with the heart of the show, but dialing up and giving people the production that they would expect from a show that’s had time to really work on itself. […] But the cast and the creative team really worked hard to keep it the same production that we did that fans have come to respect and love.”

As part of the press day, the cast of The Lightning Thief performed three songs. The first song they performed, “Another Terrible Day,” is Percy’s introduction to Camp Half-Blood and to Mr. D. It captures the moment when Percy wakes up after the minotaur fight and doesn’t know where he is. The second number, “My Grand Plan,” takes place at the beginning of Act 2 and showcases a conversation between Annabeth Chase and Percy about their parents. The third song occurs at the very end of the show. Both Kristin Stokes (Annabeth) and McCarrell picked “Bring on the Monsters” as their favorite number to perform. Stokes said, “We feel empowered. We’re all coming together like, ‘Yeah, we did that. That was so intense.’ And we get to leave the audience with that feeling of ‘go out into the world, make it how you want to make it.’”

The full cast album for The Lightning Thief is out on Spotify for fans to listen to and become obsessed with. The national tour launches in Chicago in January 2019. Be sure to check the play’s website for a full list of dates. 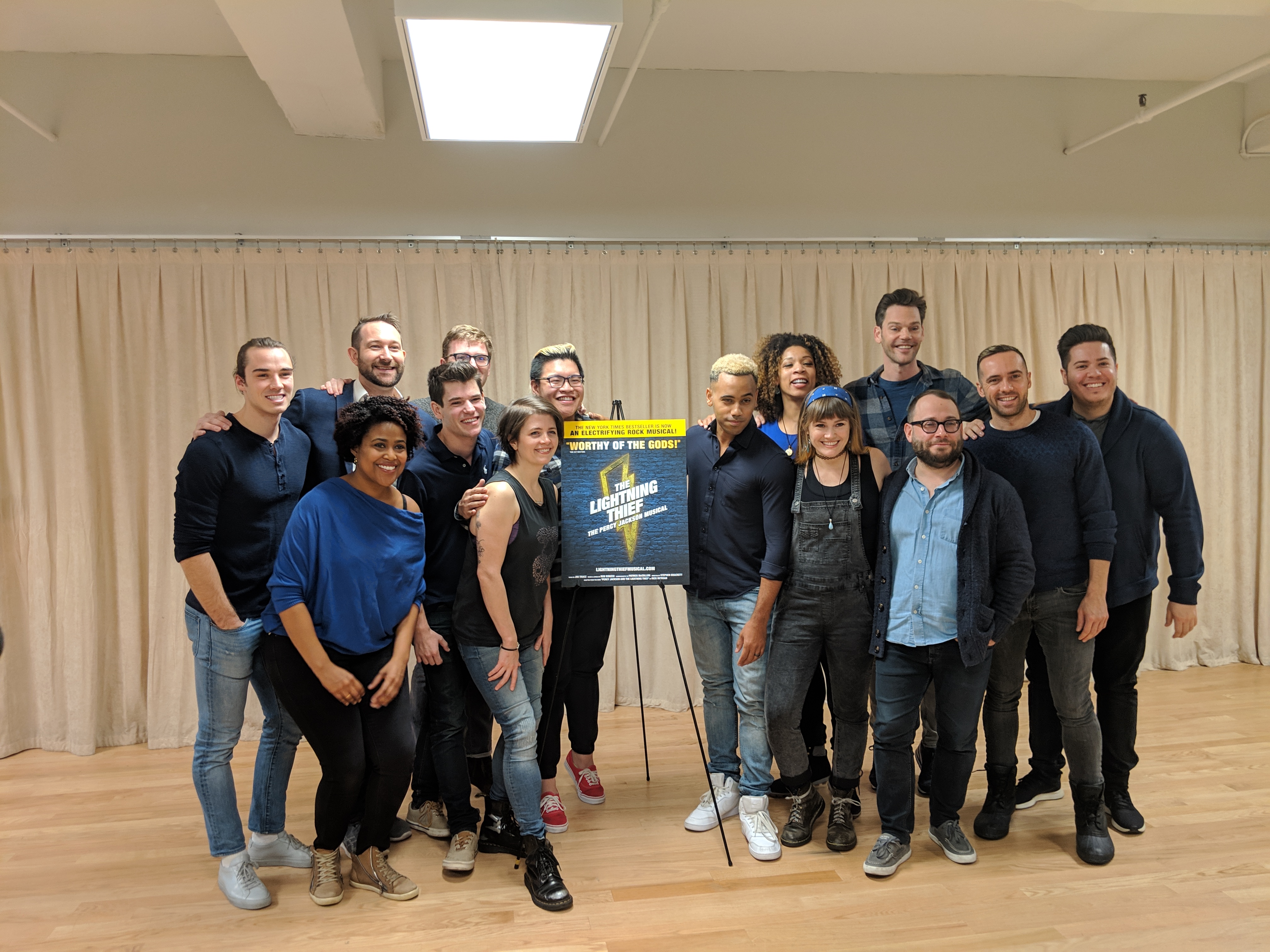 The cast and crew of “The Lightning Thief: The Percy Jackson Musical” pose for a press photo. 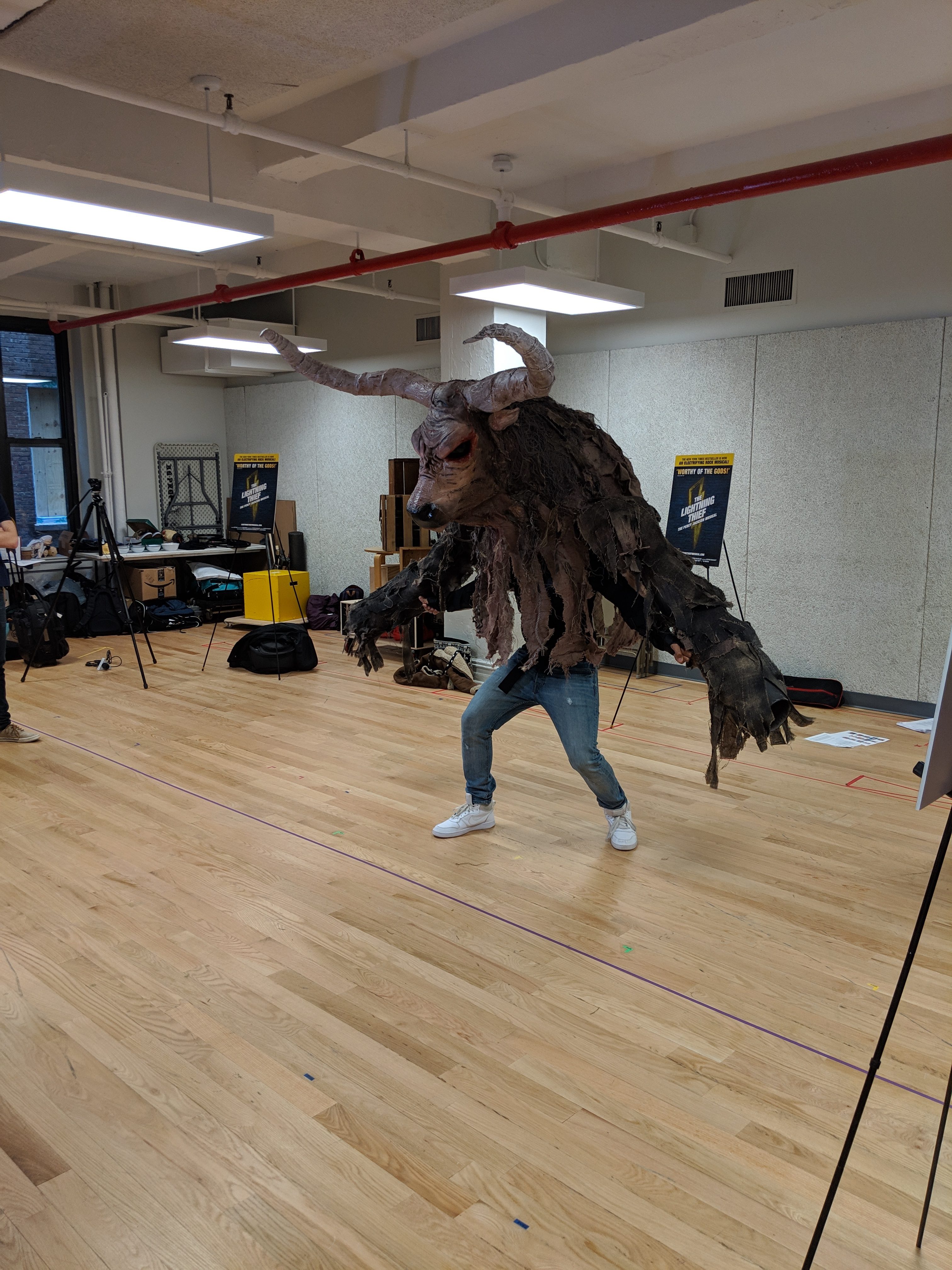 This minotaur costume is a large puppet designed especially for the scene when Percy fights the minotaur in the beginning of the show. 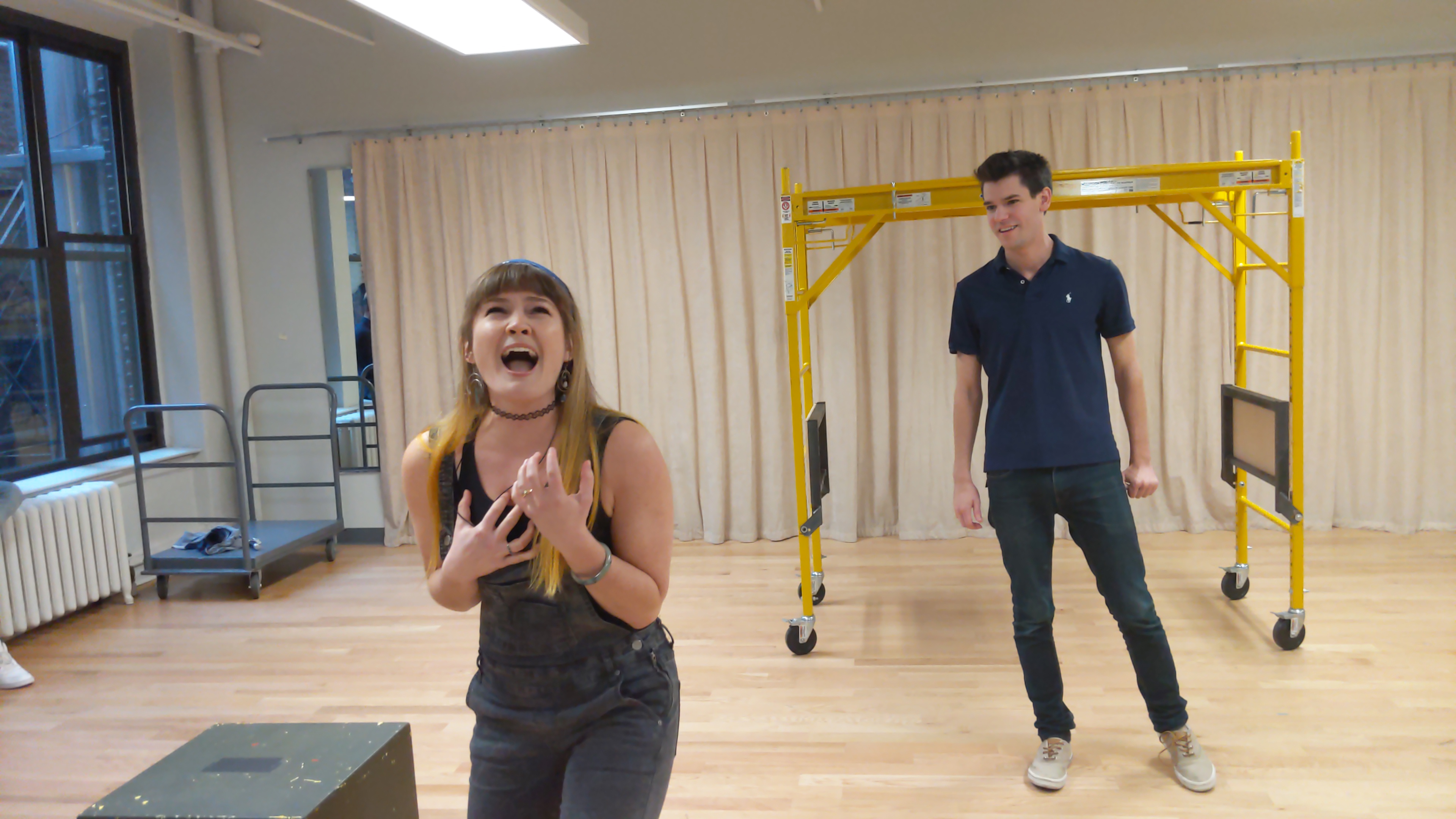 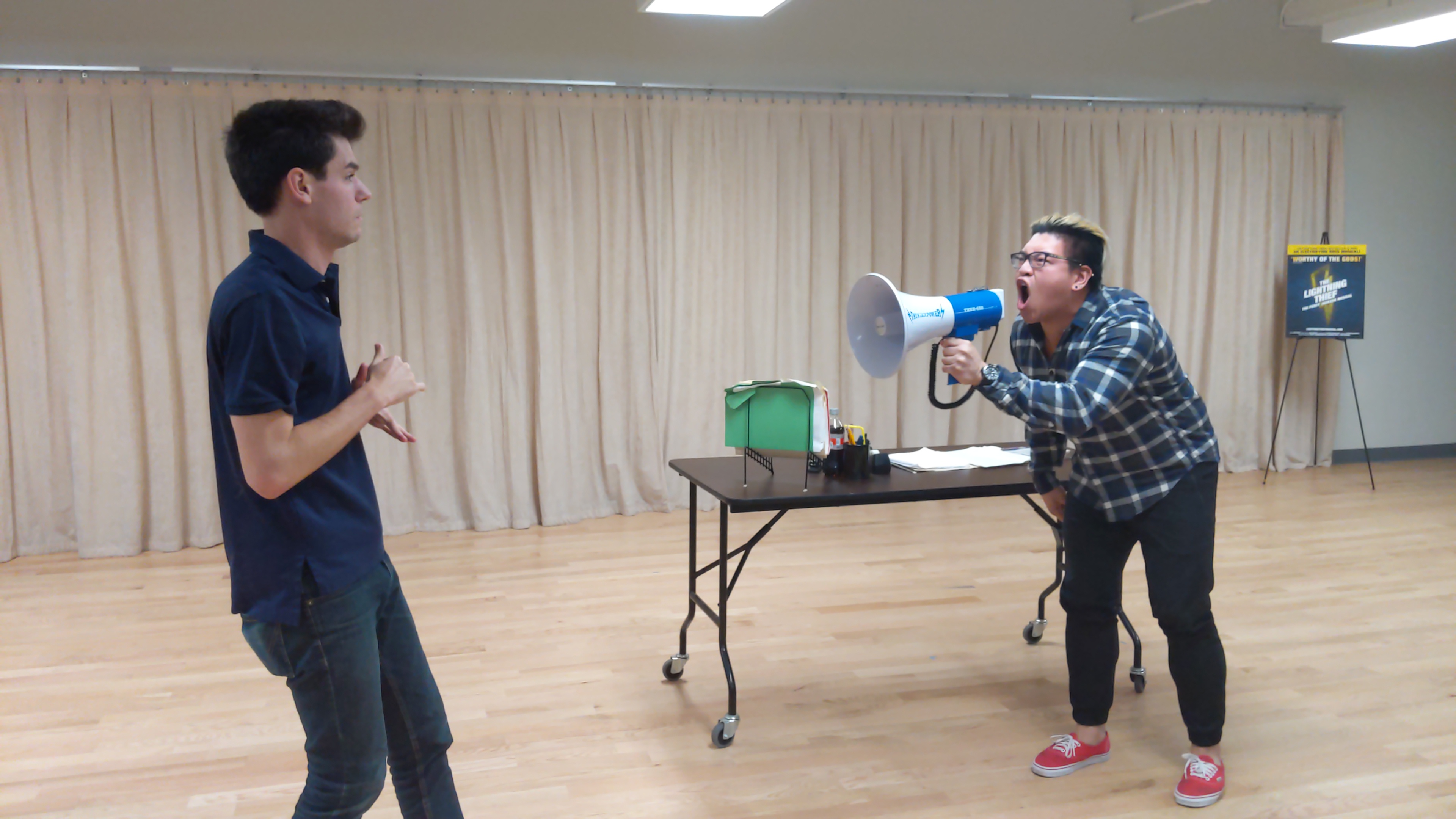 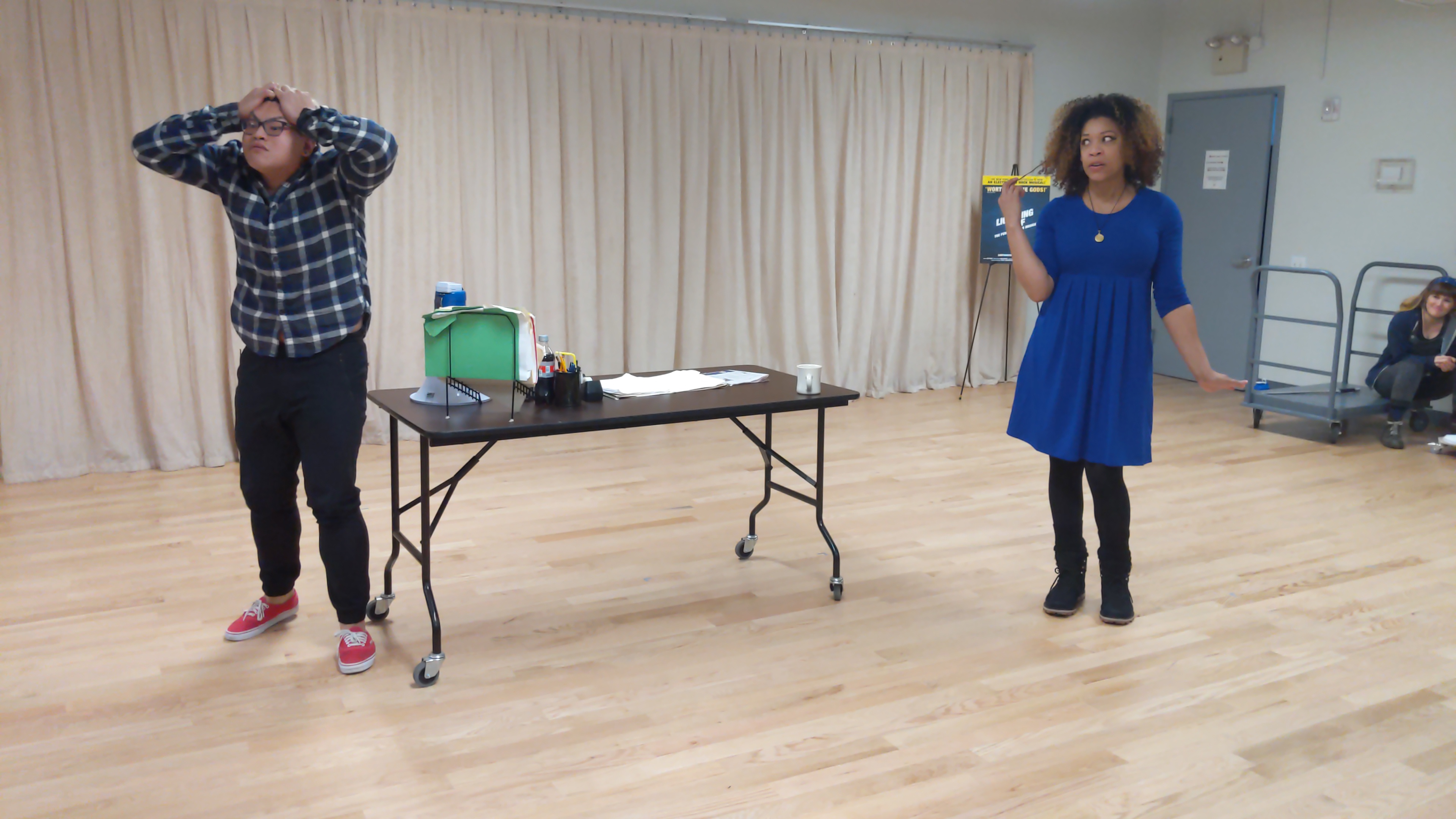 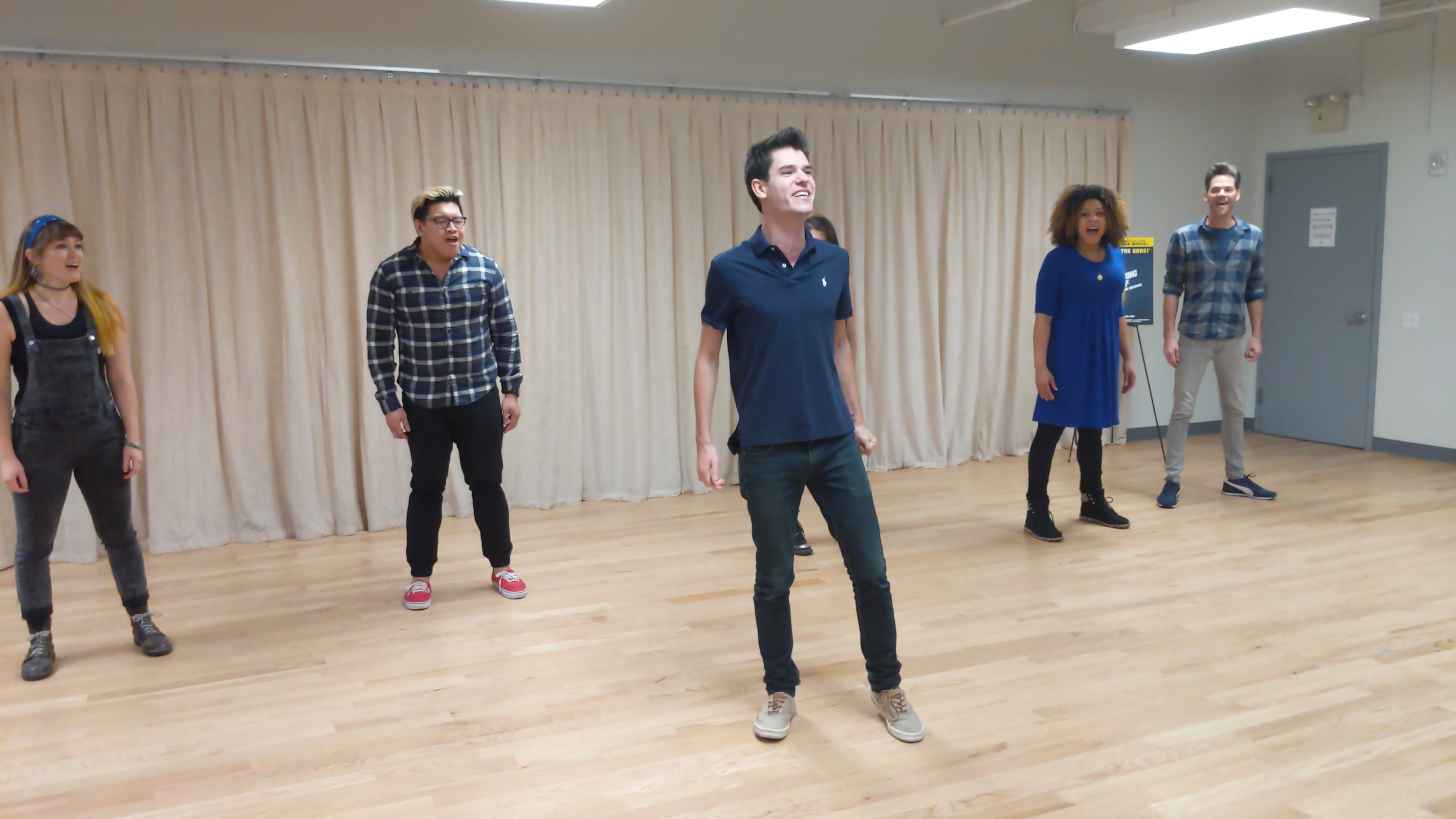