This week, it’s all about true-crime thrillers and sequels to projects we’ve loved over the last year. There are a lot of familiar faces, and we must say, we’re pretty excited about what’s coming! Castium Revelio!

Jim Broadbent (Horace Slughorn) has joined the cast of Mad Frank, according to a tiny nugget of information we found this week in a Screen Daily post. Exactly what role Broadbent will play in this UK crime drama is even harder to determine. There is no listing for this film on IMDb, and the film itself seems to be mentioned only in passing during interviews with cast members who are speaking about other projects. The film's titular character, "Mad" Frank Fraser, was a notorious crime boss known for torturing rival gangsters' teeth out with pliers. What we do know is that Broadbent will not be playing Frank, after an interview from his costar Stephen Graham confirmed that he would be portraying the mobster. We'll keep our eyes on this for more information as it becomes available.

Peter Rabbit may have come under fire for what some would call an insensitivity to allergies, but that hasn't stopped the movie studio from cranking out a sequel. Domhnall Gleeson (Bill Weasley) has returned to his role as Thomas McGregor, and we're thrilled! Set photos of Domhnall and his costar Rose Byrne were released this week, showing the pair rehearsing a scene for the upcoming sequel, set to hit theaters in early 2020. 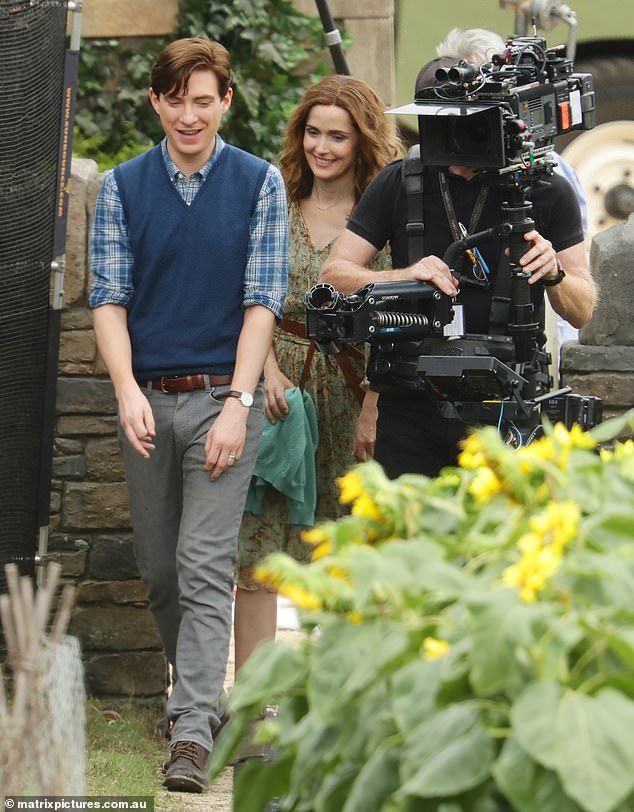 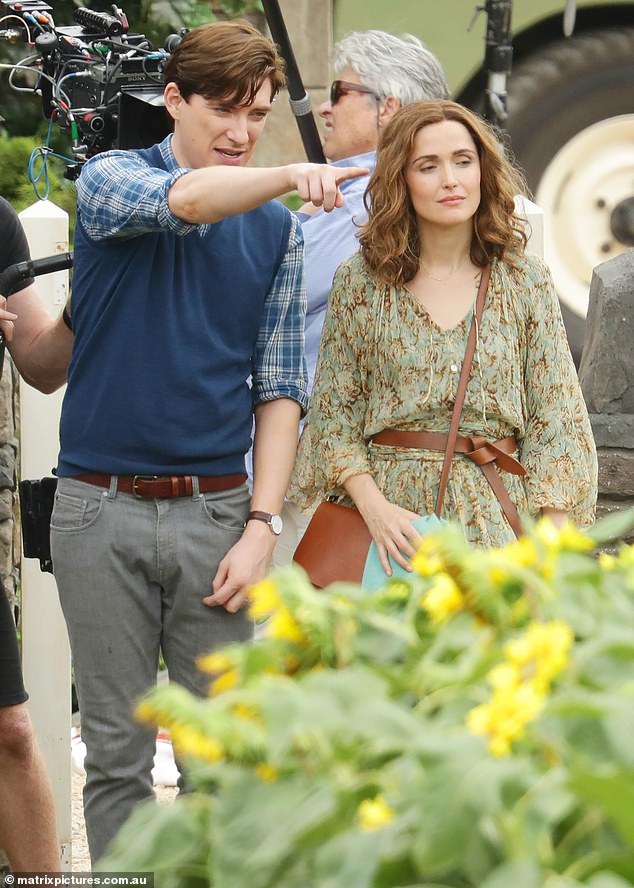 Fans of Fiona Shaw (Petunia Dursley) and Killing Eve can rejoice! AMC announced this week that the show will be simulcast on BBC America and AMC in April. This will hopefully allow a wider audience to enjoy the show, as AMC has a wider reach on cable plans than BBC America currently does.

No matter which version of Les Misérables is your favorite, Harry Potter fans who tuned in to see the latest television version from the BBC were a bit surprised by the reveal of David Bradley's (Argus Filch) blustery character, Gillenormand, grandfather to one of the series' main characters, Marius (although, if you are reading our column every week, you were tipped off that he was part of the cast). While the series is available now to stream on BBC's iPlayer if you are in the right country, some of us will have to settle for seeing his character through a set photo.

Dame Emma Thompson (Sybill Trelawney) has lent her voice to Missing Link, and a new trailer for the Laika-produced film was released this week. The UK narrator of the Harry Potter audiobooks, comedian and actor Stephen Fry, is also part of the cast, although we have yet to learn which characters they will voice in the film. Check out the synopsis of the film and the trailer below!

This April, meet Mr. Link: 8 feet tall, 630 lbs, and covered in fur, but don’t let his appearance fool you… he is funny, sweet, and adorably literal, making him the world’s most lovable legend at the heart of 'Missing Link', the globe-trotting family adventure from LAIKA. Tired of living a solitary life in the Pacific Northwest, Mr. Link recruits fearless explorer Sir Lionel Frost to guide him on a journey to find his long-lost relatives in the fabled valley of Shangri-La. Along with adventurer Adelina Fortnight, our fearless trio of explorers encounter more than their fair share of peril as they travel to the far reaches of the world to help their new friend. Through it all, the three learn that sometimes you can find a family in the places you least expect.

We previously reported on the Red Nose Day sequel to Four Weddings and a Funeral, starring many of the original cast members and helmed by original director Mike Newell. The cast also includes Harry Potter and the Deathly Hallows alum Sophie Thompson (Mafalda Hopkirk). This week, the special released a cast image from that sequel, titled One Red Nose Day and a Wedding.

Newell spoke with Entertainment Weekly about returning for the Comic Relief campaign, which is aimed at putting an end to child poverty.

You have to trust the script. If the script makes you laugh, then any difficulty goes away. I always assumed that it would work fine.

Take a look below and tune in to NBC on May 23 to watch the special! You can also learn more about Red Nose Day, including how to donate, by visiting the website here. Announced this week is Gary Oldman's (Sirius Black) casting in the upcoming thriller Dreamland. Dreamland is currently filming in Montreal and Detroit, and it will be the first theatrical feature to address the rising opioid crisis. Here's a brief look at the plot of the film, which follows three different story arcs.

A drug trafficker arranges a multi-cartel Fentanyl smuggling operation between Canada and the U.S.; an architect recovering from an OxyContin addiction tracks down the truth behind her son’s involvement with narcotics; and a university professor battles unexpected revelations about his employer, a drug company with deep government influence bringing a new 'non-addictive' painkiller to market.

Bill Nighy (Rufus Scrimgeour) is finally, kinda-sorta, speaking out about his role in the upcoming Detective Pikachu! The film is featured in an upcoming issue of Total Film, and while he still can't really explain exactly what his role is in the film, he revealed his first experience in the world of Pokemon.

I’m a live-action character, but I’m not at liberty to tell you who. You can guess how much I knew about Pokemon before I did the movie. I know a bit more now. I met the head of Pokemon, the seventh richest man in the world, I think, and the man who drew all the Pokemon. And I bought the Pokedex, which is a fabulous book, actually. It was great fun.

You can check out Nighy's role for yourself when the film hits theaters on May 10.

Nighy has also joined the cast of Minamata, a true story that follows photojournalist W. Eugene Smith as he documents and reveals the poisoning of people in Minamata, Japan, in 1971. Principal photography has already begun on the film, but no release date has been revealed.

Speaking of Minamata, the film will also star Johnny Depp (Gellert Grindelwald) in the lead role as well as having a producer credit, with his production company, Infinitum Nihil, having developed the project.  A first-look image of Depp as W. Eugene Smith was released this week, along with a description of the film. Take a look here:

Told through the eyes of the extraordinary W. Eugene Smith, widely regarded as one of the most passionate, ground breaking and uncompromising photojournalists of the 20th century. In his bid to bring the world’s attention to atrocities including the bloodiest conflict in human history, World War II and the horrors of Minamata he put his own life at risk to bring the truth out in his work and capture some of the most poignant images ever taken. A new clip from Captain Marvel was released this week, featuring a fight on a train as well as what appears to possibly be an extended look at the trailer. Captain Marvel stars Fantastic Beasts actors Gemma Chan (Madam Ya Zhou) and Jude Law (Albus Dumbledore). Take a look at the clip and trailer below, and catch the film when it explodes into theaters this March!

Jack Thorne, who together with J.K. Rowling penned the Harry Potter and the Cursed Child play, is working on a new project for Channel 4. The Light, which is the current working title, will be a four-part series that touches on how communities deal with tragedy and the aftermath in the wake of media coverage at such a horrific and traumatizing time.

Thorne's other project, His Dark Materials, has been greenlit for a second season and is expected to see production start this summer in Cardiff. Season 2 should see another eight episodes, but in the meantime, fans are still waiting for the first season to debut after Lin-Manuel Miranda told Variety that episodes were expected to air in late 2019.

We had previously reported that Cursed Child director John Tiffany was set to direct the new Björk production at the Shed in New York this spring, but it appears that this is no longer the case. In a statement this week from the Shed's artistic director Alex Poots, it was revealed that Tiffany has stepped away from the project due to "scheduling conflicts." Could this have to do with the new production of Cursed Child in San Francisco? Only time will tell!

Tom Burke, who has portrayed Cormoran Strike on television for two seasons, was just announced as one of the leads in a new West End production from Sonia Friedman! Burke will play John Rosmer in Rosmersholm, a play by Henrik Ibsen that tells the story of a country in the midst of political change. The play is set to debut at the Duke of York's Theatre on April 24. You can learn more about the production and purchase tickets here.

An election looming. A country on the brink. A rabid press baying for blood. At the centre of the storm is Rosmersholm, the grand house of an influential dynasty. This is where the future will be decided by John Rosmer – a man torn between the idealised hope of the future and the ghosts of his past.

That wraps up our Casting News for this week. Check back in with us next week as we reveal more exciting and magical roles that are sure to provide us with hours of entertainment in the future!