Every episode of Crazy Ex-Girlfriend is filled with hilarious songs, often parodying popular performers, genres, and musicals. The musical numbers range from melodramatic to funky, bitingly satirical to mind-bogglingly absurd. With so much variety, it seems inevitable that some of these songs could apply to a different franchise filled with a veritable smorgasbord of characters. Writer and star Rachel Bloom pointed out that the majority of her show’s fans also seem to be Harry Potter fans, so this seems appropriate.

First up in this three-part series (so many good songs to choose from!): Hogwarts students.

Harry is filled with angst and is pretty bad at handling it in Harry Potter and the Order of the Phoenix. Imagine this song in the background when he lashes out and wrecks Dumbledore’s office.

Ron Weasley – “I Could If I Wanted To”

Ron makes it clear in his first encounter with Harry aboard the Hogwarts Express that his success would mean nothing after everything his older brothers have accomplished. He has resigned himself to living in their shadows. When he does put in an effort, like in Quidditch, he’s embarrassed by it, worried that trying and failing will just be more humiliating than not making the attempt. It’s easier for him to act like he doesn’t care, but he does.

Hermione Granger – “I Give Good Parent”

She’s smart, diligent, helpful, and knows how to suck up. She’s basically adopted by the Weasleys before she ever gets romantically involved with Ron.

Just imagine Draco brooding around the castle during his sixth year in that black suit, sobbing over a bathroom sink and whispering, “Je suis garbage.” He’s so misunderstood and looks so good.

Neville Longbottom – “What U Missed While U Were Popular”

Neville’s face wasn’t all over the Daily Prophet, he wasn’t on the Quidditch team, and girls weren’t falling over themselves to go to the Yule Ball with him – but he was slowly growing into the person who reassembled Dumbledore’s Army, led the charge against the Death Eaters at Hogwarts, stood up to Voldemort, and destroyed the final Horcrux.

Ginny Weasley – “Without Love You Can Save the World”

Ginny initially crushes so hard on Harry that she can barely speak around him. She channels all her pent-up emotions into Tom Riddle’s diary and ends up being possessed by Voldemort. But when she puts her obsession aside, she comes out of her shell, excels at Quidditch, perfects the Bat-Bogey Hex, and fights with Dumbledore’s Army to save the world even when she and Harry aren’t together. Plus, she gets her love story in the end, and love does help save the world.

Luna Lovegood – “I Have Friends”

Rebecca Bunch sings this song out of insecurity, desperately trying to convince herself that she isn’t alone in the world. For Luna, it’s a sincere expression of appreciation for the few people who truly include and value her, so much so that she painted them on her ceiling. 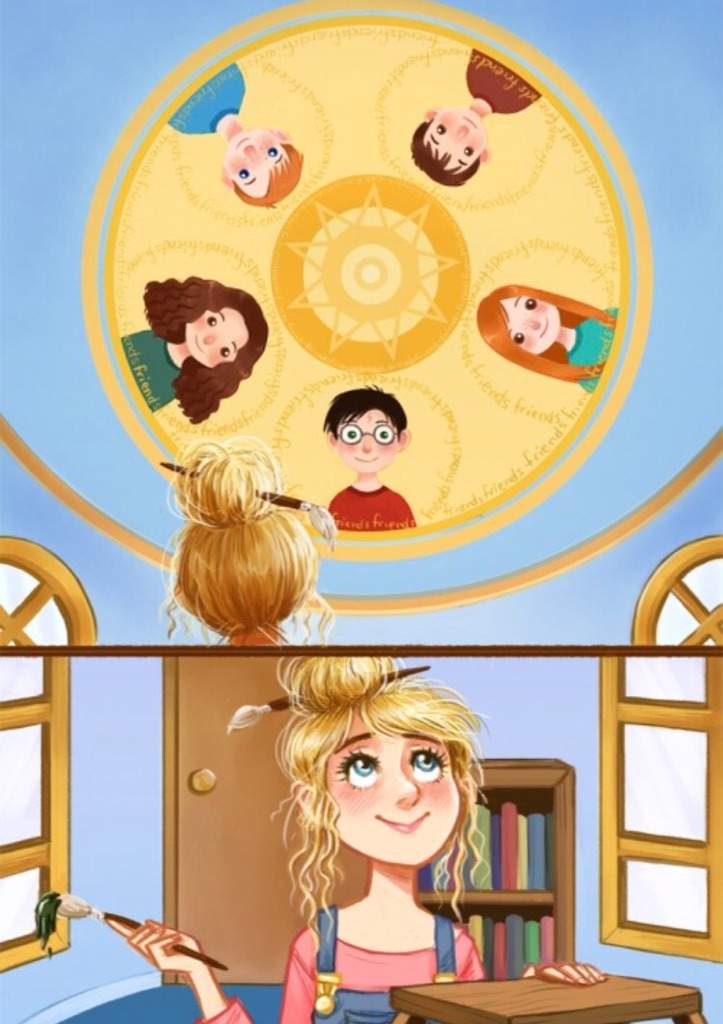 He’s gorgeous, popular, a prefect, and a star Quidditch player. The problem is that he’s dead. (Too soon?)