Vampires are real, and they aren’t the sparkly or ugly, bumpy kind, either. At least not in Bite Me, the new film starring Christian Coulson (Tom Riddle, Harry Potter and the Chamber of Secrets) and Naomi McDougall Jones.

Christian portrays IRS agent James Thayer, whose life isn’t exactly what he wants it to be. Recently divorced and rooming with an extremely religious coworker, James is surprised to find that an audit of a church introduces him to Sarah, a self-proclaimed vampire who is trying to win her case against the IRS to avoid paying back taxes on her church, the House of Twilight. Through his audit of her “church,” James gets to know Sarah and what it means to be a vampire, at least through Sarah’s eyes.

While Sarah’s religious beliefs as a vampire are the vehicle for this tale and how these two people meet, the fact that she is a vampire is really secondary, at least to me. The way Sarah and James relate to each other both in public and in private, the way they both are driven to meet the expectations of others even though it costs them their own happiness – this is the real story.

Both are struggling to deal with everyday life, to learn to trust again after relationships ended, to reach out and grasp joy when they find it, and to ignore those who tell them who they should be and what they should be doing with their lives. 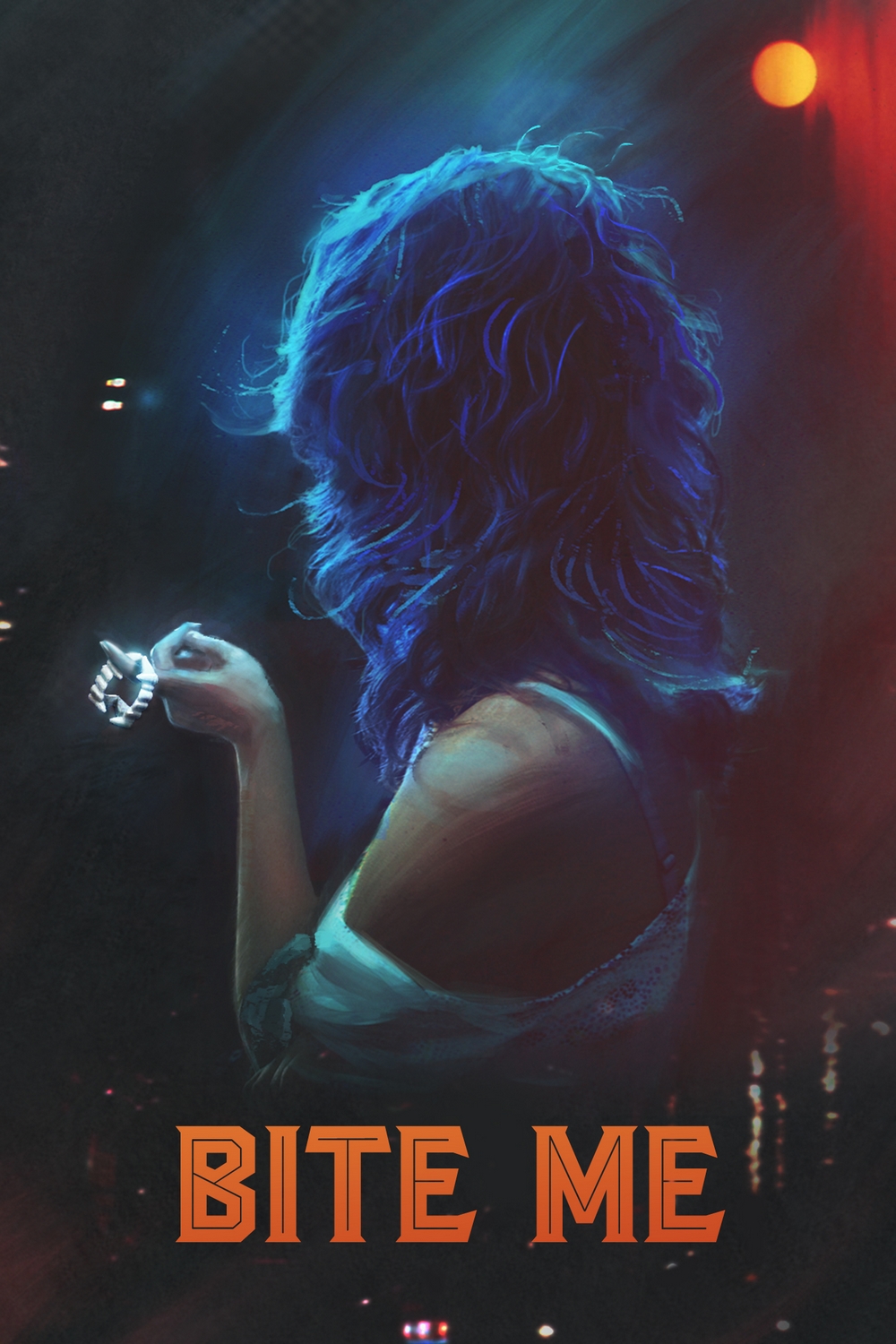 Christian Coulson as James Thayer in “Bite Me”

Christian Coulson and Naomi McDougall Jones in “Bite Me”, paddling on the lake

The journey that Sarah and James take, along with the rest of the colorful, witty, and funny characters who dance throughout the story, is wonderful to watch. Bite Me speaks volumes to me about the state of our society, as those who don’t conform to societal norms struggle to be seen and accepted for exactly who they are, without judgment or prejudice.

This film also showcases so much more of what Christian is capable of. We know he can play the darker characters (hello, Tom Riddle!) and even morally ambiguous characters (Damien on Nashville), but there is just something so endearing and quirky about James that I feel like I’m looking at a different side of Christian’s talents. His performance was a joy to watch, and the evolution of James throughout the movie was both poignant and beautiful.

As for the actress who portrays Sarah, Naomi McDougall Jones didn’t just bring Sarah to life on the screen, she also wrote and produced the screenplay! I’d never seen her in anything before this, but I definitely feel she is one to watch. I love the vulnerability and the strength she gives through Sarah’s journey of self-realization and acceptance, even when faced with fear and doubt.

Christian Coulson and Mellowtron in “Bite Me”

I also have to give props to Eric Olson for the soundtrack of this film! I loved every bit of music that played and I MUST have the soundtrack. There is just so much to love about this film, and I hope everyone goes out to see this as soon as it is available. Speaking of being available…

We brought you news about Christian’s new role in January, when he posted the first official trailer of the indie film on his Instagram account to help promote the Joyful Vampire Tour of America. After seeing the trailer, we knew we absolutely had to get involved somehow, and in addition to reviewing the film, on May 8, MuggleNet is hosting a Harry Potter trivia night at New York’s Black Rabbit, with a special appearance by Christian, followed by a screening of Bite Me at the Stuart Cinema & Cafe in Brooklyn! Christian and Naomi will be answering questions about the film after the screening as well. You can purchase tickets to this exclusive event and learn more here!

Take a look at the trailer for the film below and make sure you catch a screening of Bite Me as part of the Joyful Vampire Tour of America!

Our touring schedule is getting more and more exciting! Visit our website to purchase tix for any of the screenings you see below, OR if you don’t see your city on the list, reach out to request a screening! #BiteMeTheFilm #JoyfulVampieTourofAmerica
>>> https://t.co/yWa1pbTwBh pic.twitter.com/bdLu9V55Vm

A copy of Bite Me was provided to MuggleNet by the film’s producers. All opinions belong to the reviewer.