We got the absolute pleasure of attending the sixth annual Her Universe Fashion Show at San Diego Comic-Con this year, and it was a perfect fusion of geek culture and peak couture fashion. Every year, Her Universe gives amateur fashion designers a chance to showcase their pop culture-inspired work in front of a panel of judges (and a ballroom full of hundreds of Comic-Con attendees) for the opportunity to design a Her Universe fashion collection with founder Ashley Eckstein for Hot Topic. Basically, it’s like getting to watch a live episode of Project Runway but with designs inspired by fandoms from Star Wars to Harry Potter and beyond!

Host and Her Universe founder Ashley Eckstein (Star Wars’ Ahsoka Tano) opened and closed the show with a one-of-a-kind, transformative dress inspired by DreamWorks Animation’s She-Ra and the Princesses of Power designed by 2014 Her Universe Fashion Show winner Andrew MacLaine with custom accessories by designer Harmony Leiker. Eckstein also debuted a stigma-breaking design for mental health with her On Our Sleeves-themed dress as part of her work with Nationwide Children’s Hospital as well as a couture pantsuit inspired by the famous Haunted Mansion wallpaper, designed by 2015 Her Universe Fashion Show winner Leetal Platt in celebration of the 50th anniversary of Disneyland’s iconic Haunted Mansion ride.

Everyone in the audience was provided with ballots and was then introduced to all the amateur designers with introductory videos explaining their passion for the fusion of fashion and geek culture before getting a chance to see their work walk down the runway. The show additionally included special sneak peeks from Her Universe itself and its new and upcoming lines that are expected to hit stores in the coming year. 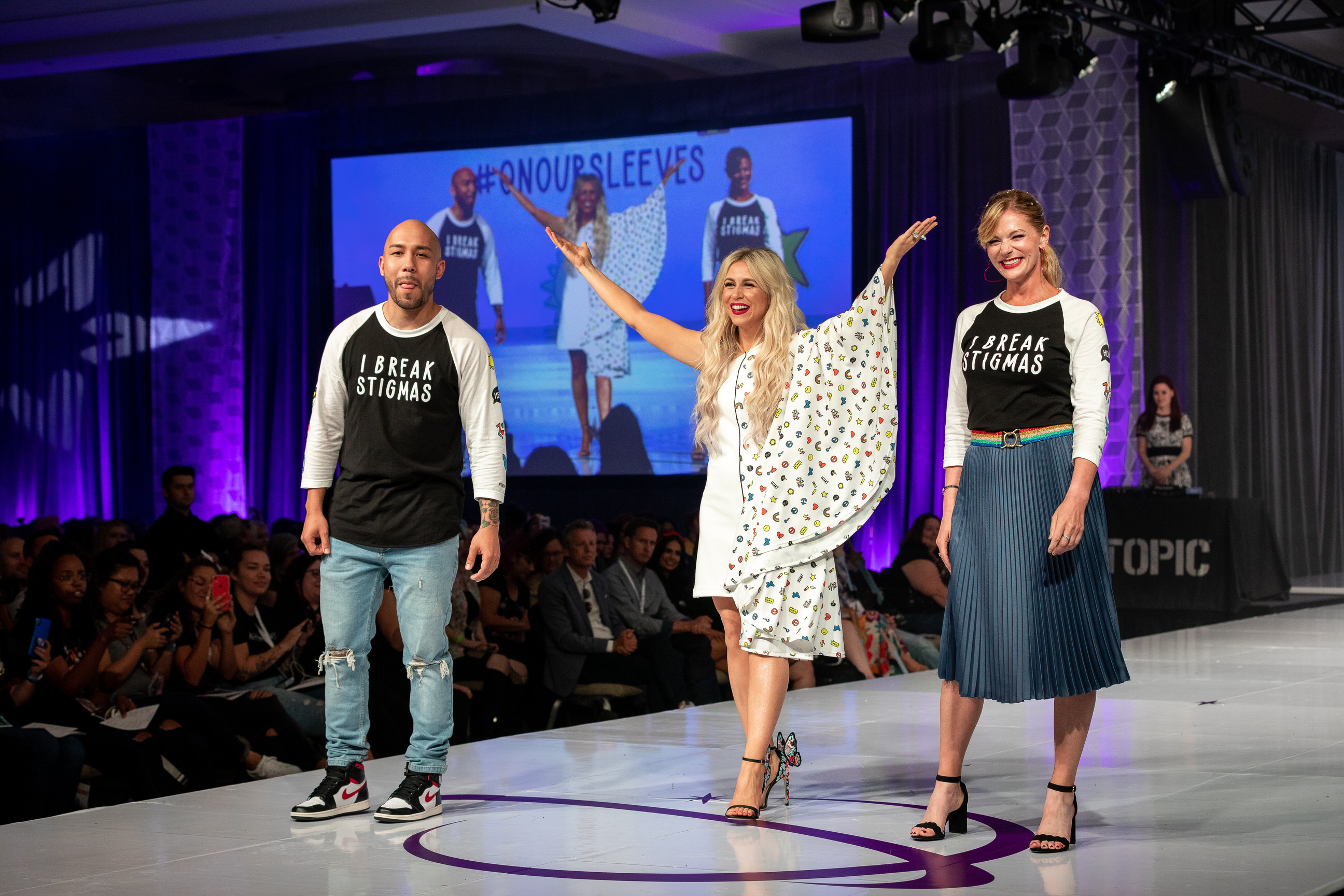 Breaking stigmas from Her Universe at San Diego Comic-Con 2019 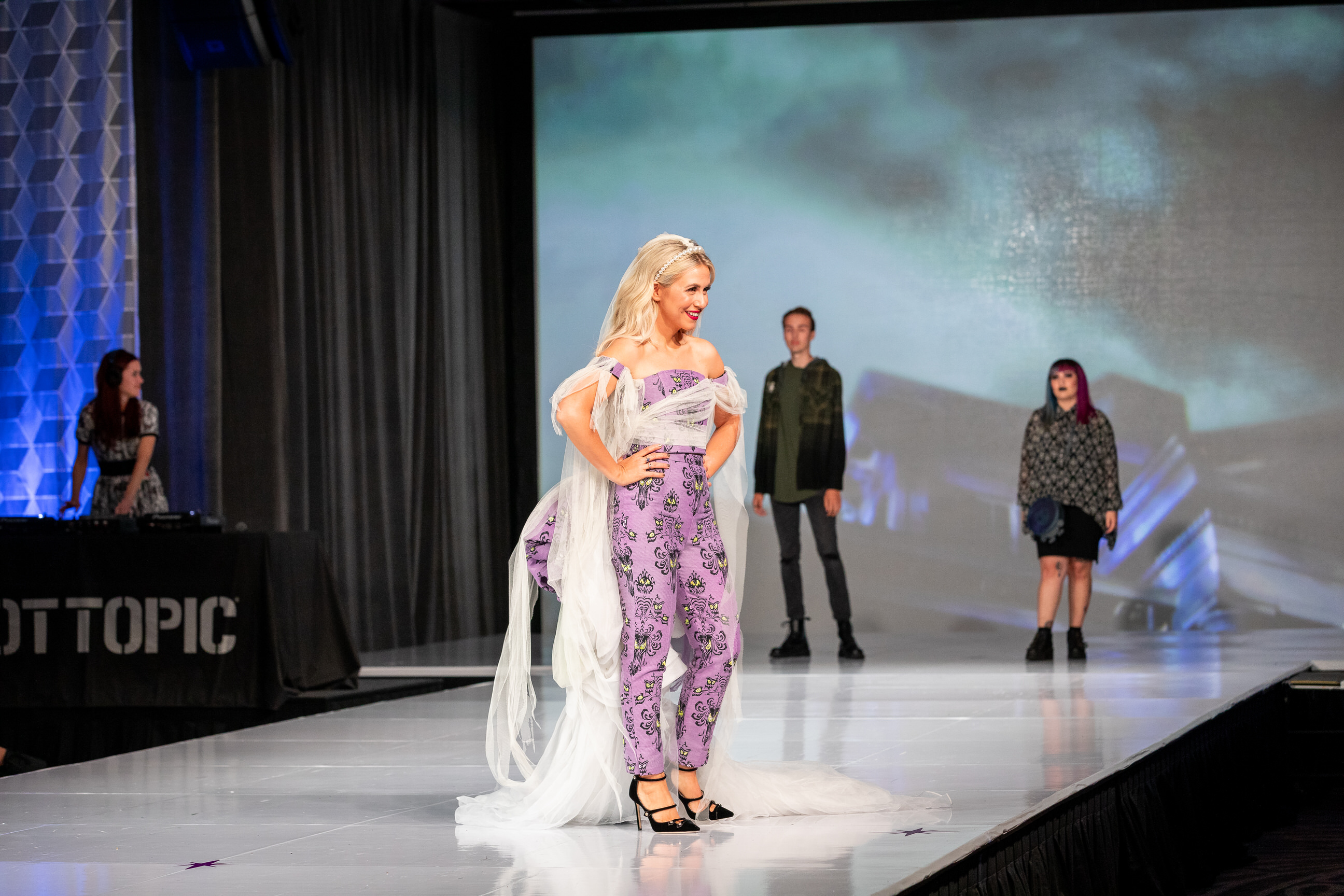 Haunted Mansion from Her Universe at San Diego Comic-Con 2019 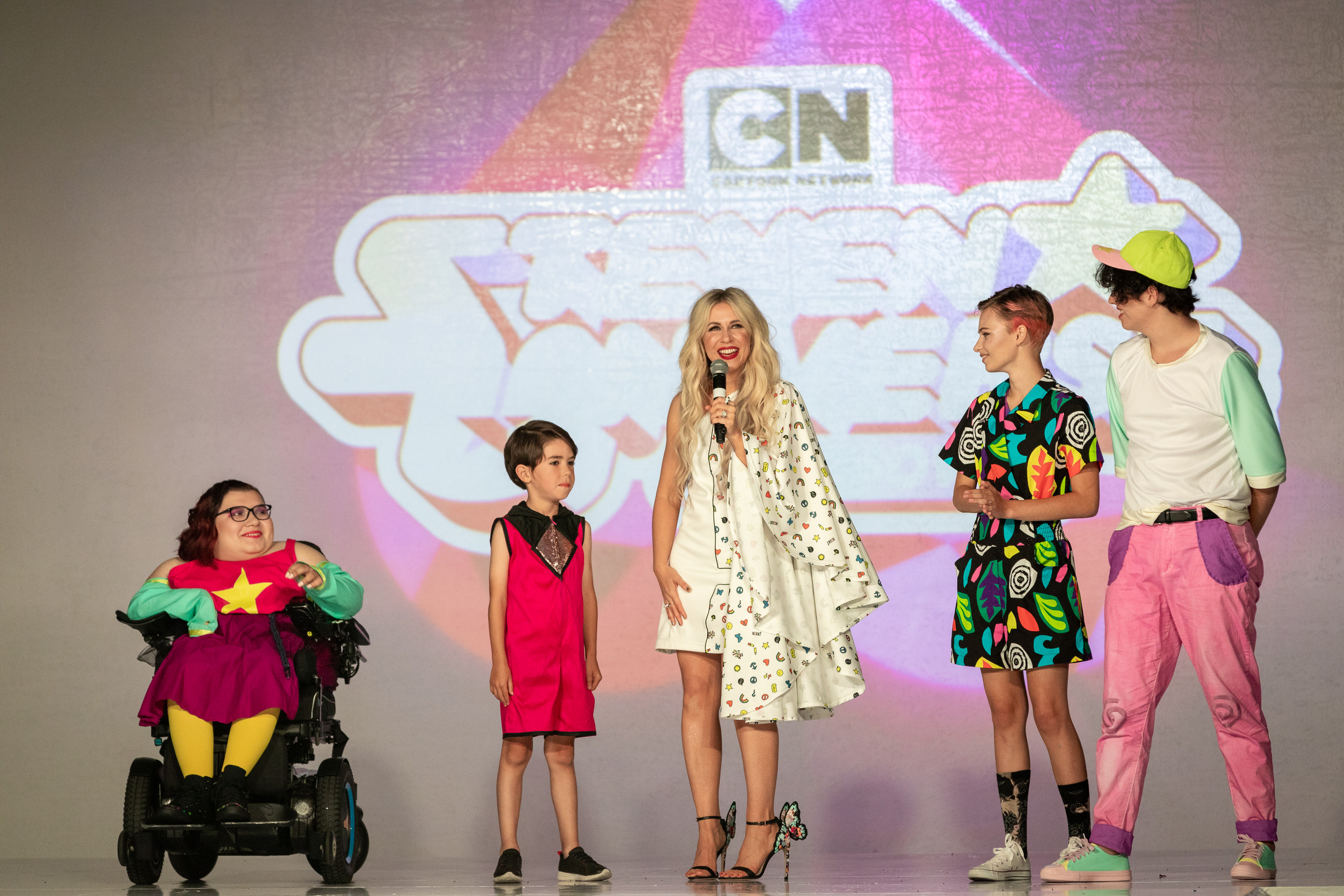 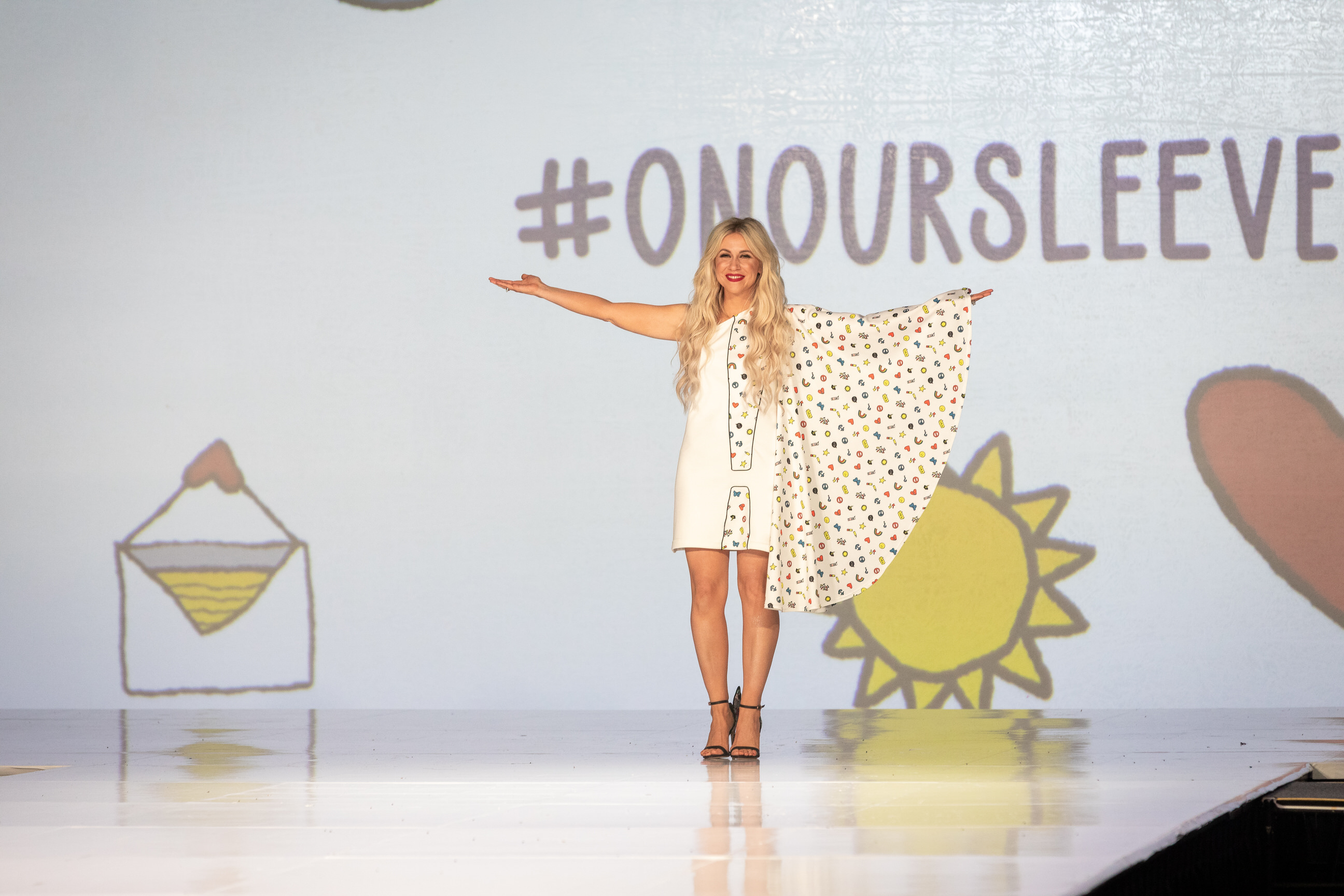 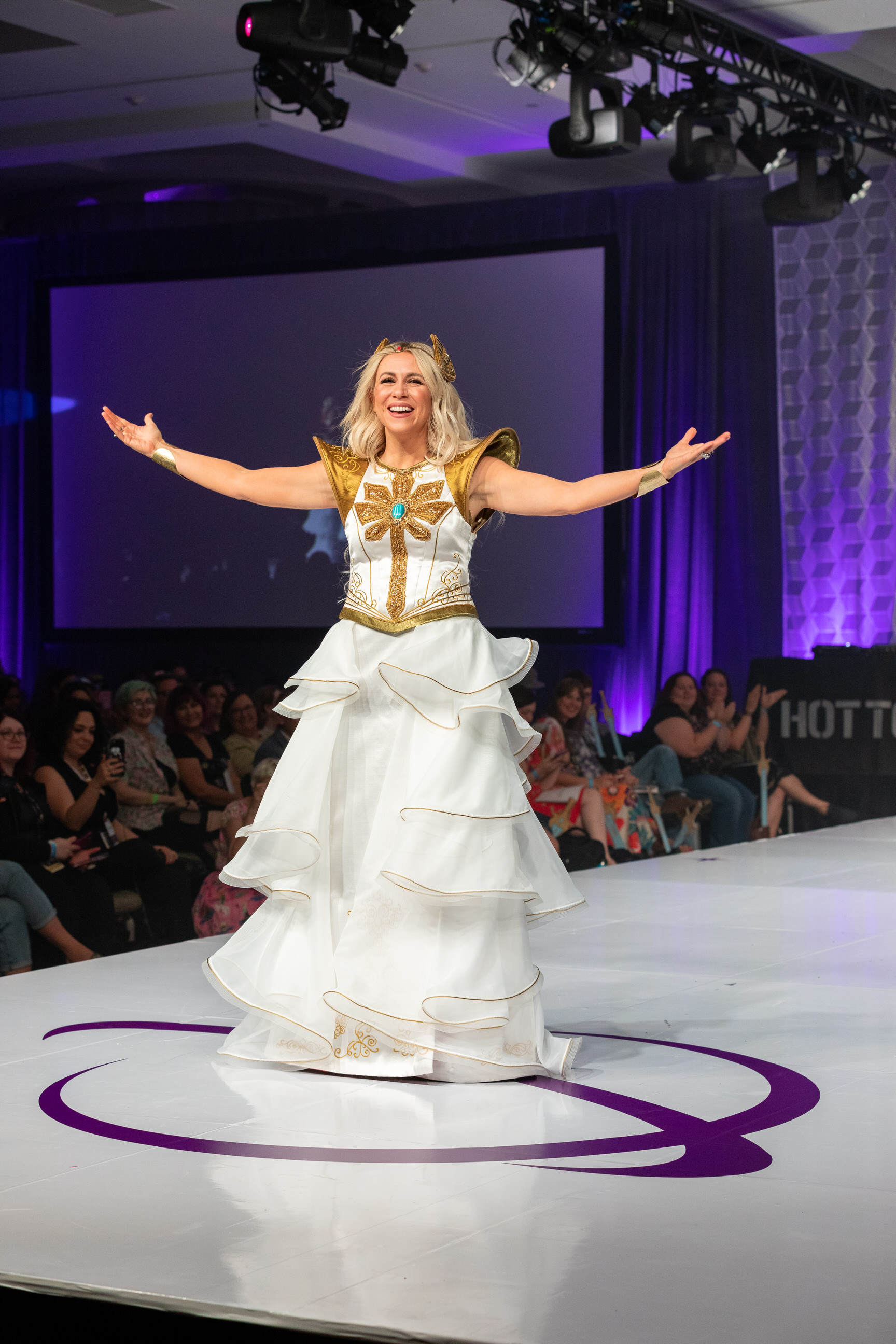 She-Ra from Her Universe at San Diego Comic-Con 2019 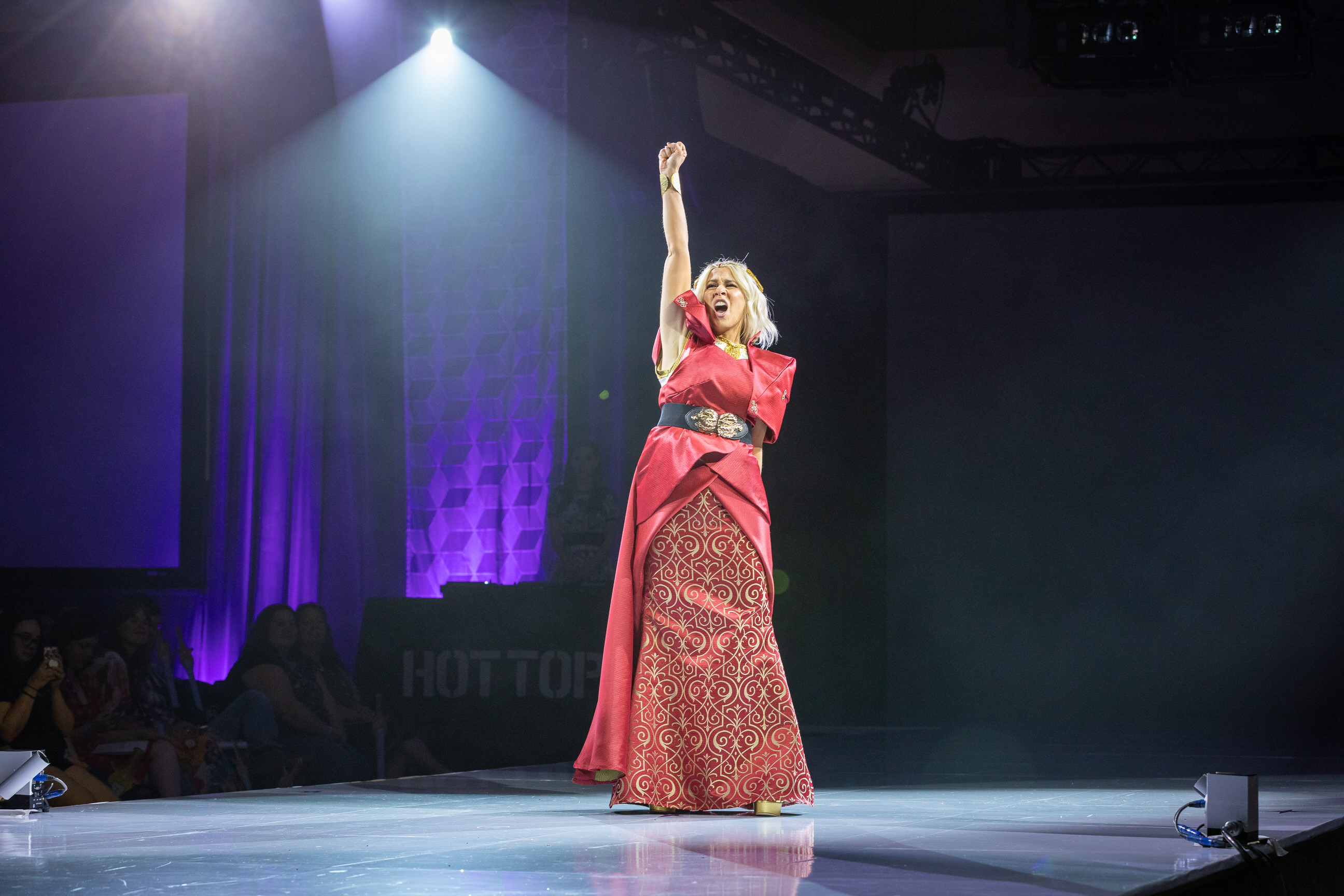 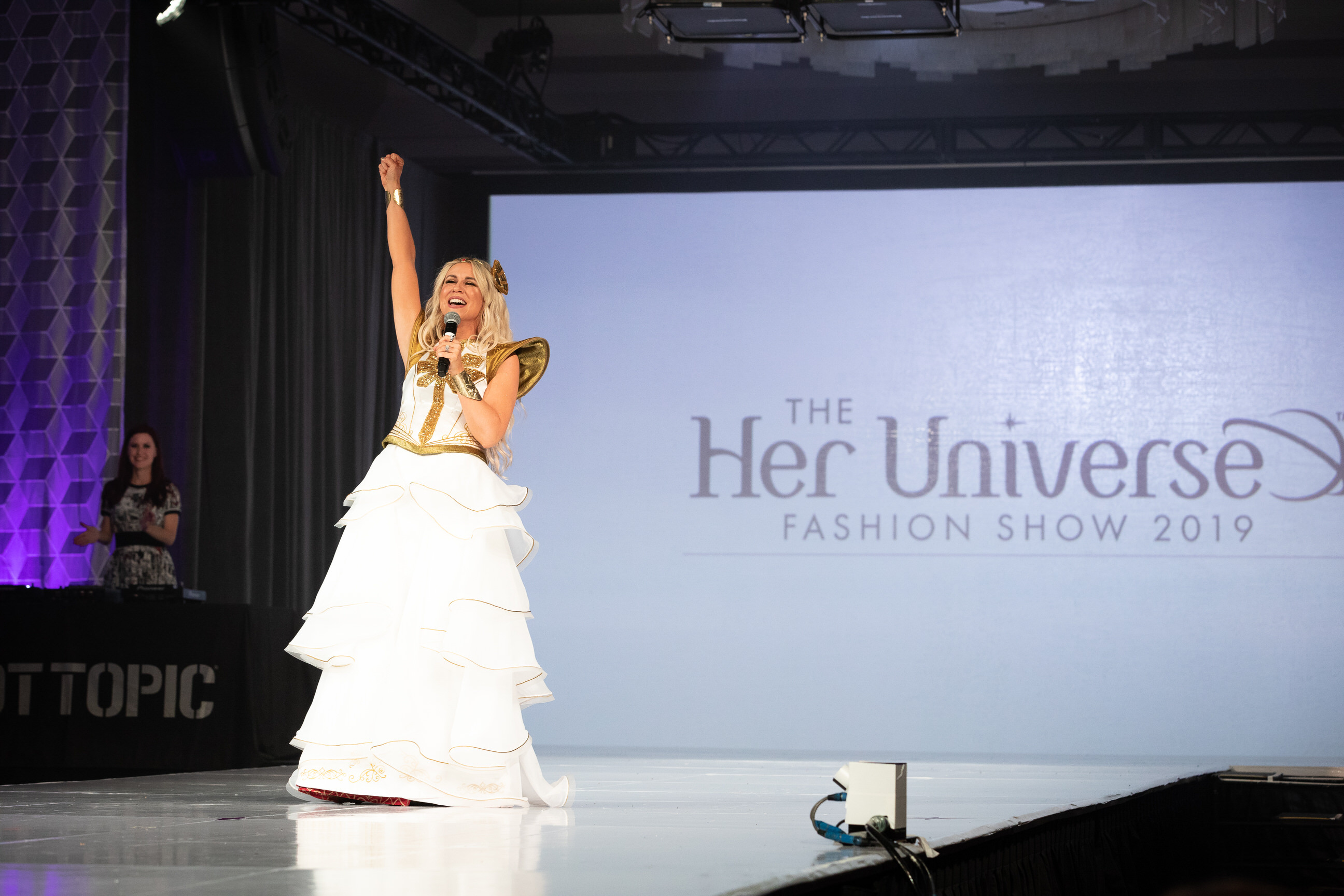 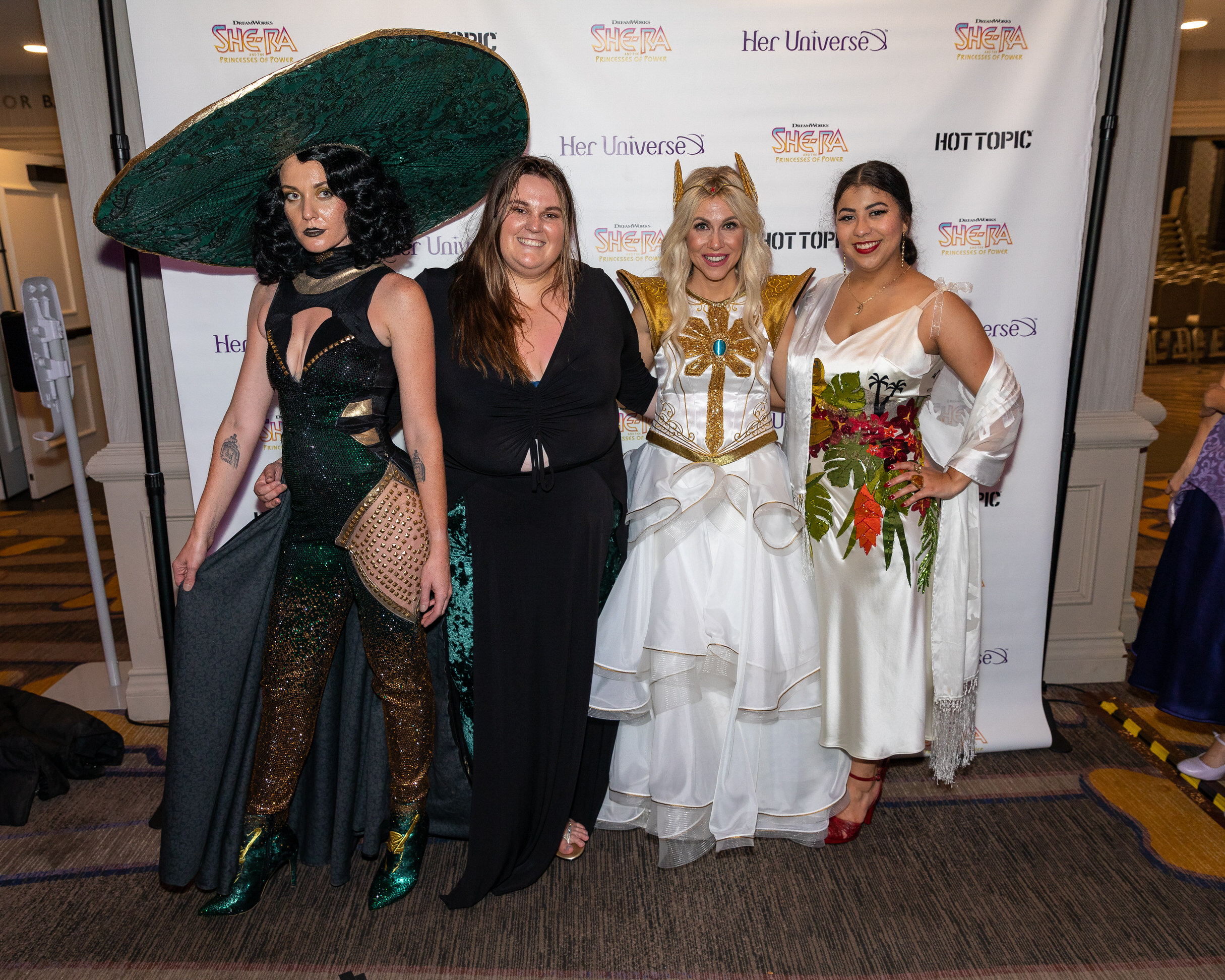 This year, we saw pieces inspired by She-Ra and the Princesses of Power, Game of Thrones, Jurassic Park, and Alice in Wonderland, to name a few. My personal favorite, to no one’s surprise, was the new line of Harry Potter-inspired clothing that is available for purchase from Her Universe RIGHT NOW! The line included House-inspired sweater dresses, Hogwarts robe-inspired cloaks, and three new dresses pulled straight from the films themselves. We saw everyday-wear versions of Hermione’s Yule Ball gown, Luna’s Slug Club Christmas party dress, and Fleur’s Beauxbatons uniform. I’d be lying if I said I wasn’t dying to own every single one of them.

This year’s winning designers, who will design their work starting tomorrow at Comic-Con, are below:

Her Universe is known for creating extremely wearable pop culture-inspired fashion pieces that can be worn and loved by people of all ages and sizes. In that regard, this year’s fashion show definitely did not disappoint! If you’re looking to own any of its pieces, check out retail stores like Hot Topic, BoxLunch, and Torrid.