Neville often wished that his birthday didn’t fall during the summer holidays. If he were at school, he wouldn’t have to celebrate at all. He could just go to class as usual. His grandmother would just send a letter and a small gift. Maybe, if he cared to share the date, the boys in his dormitory would wish him a good one or even give him some sweets from Honeydukes. Perhaps Professor Sprout would let him handle a rare plant. But being home for his birthday meant that his grandmother insisted on a celebration that included his parents.

Just like every other year, Gran told Neville to put on a clean shirt and fix his hair while she pointed her wand at a box that suddenly sprouted a ribbon. They took the Knight Bus to London and got off at a department store called Purge and Dowse Ltd. where a dummy let them enter St. Mungo’s Hospital for Magical Maladies and Injuries. They entered a bustling area where wizards and witches usually sported rather alarming injuries and Healers in lime green robes rushed back and forth between them. The Welcome Witch allowed them to go up to the fourth floor, which housed the Janus Thickey Ward for patients suffering from permanent spell damage.

The staff had gotten into the habit of decorating for the occasion. Neville and his grandmother were greeted by streamers and a few balloons. A Healer led them excitedly toward the usual beds.

“Frank, Alice – look who’s here!” she said enthusiastically. “It’s the birthday boy! He’s come to have a party with you!”

Frank and Alice Longbottom were in pajamas and dressing gowns and sporting party hats. Frank gently snapped the strap under his chin, and Alice’s hat sat lopsided upon her head, pushing up a tuft of hair.

“Now, Neville, you could show a little more enthusiasm toward the people who are the reason you were born!” Gran scolded him.

“It’s really nice to see you,” Neville added, forcing a small smile. Alice tilted her head and stared blankly back before letting out a chuckle. Frank noticed his wife’s hat and began to toy with the fuzzy ball on top.

“Let’s have cake,” Gran demanded, presenting the box with the ribbon. The Healer summoned plates and forks. Neville appreciated that Gran didn’t try to sing “Happy Birthday” to him, but the Healer did, attempting to engage her patients in singing along. Frank clapped his hands a few times, and Alice nodded her head gently and hummed a different tune. As they ate, Frank needed assistance keeping his cake on his fork, while Alice took dainty pieces of her slice between her fingers, nibbling each bit thoughtfully.

“Neville, tell your parents about what you’ll be doing this year at Hogwarts,” Gran said. Looking at his feet, Neville explained what classes he’d be taking while the Healer interjected, asking Frank and Alice, “Doesn’t that sound interesting?” and Gran added the occasional, “You were quite a natural talent at that, Frank” or “Alice, I recall you received top marks in that NEWT.”

After an hour or two, Gran finally stood up.

“We ought to be off,” she announced, much to Neville’s relief. The Healer made a fuss of getting Frank and Alice to say goodbye. Frank eventually gave an absentminded wave in Neville’s direction. Alice went rummaging through the drawer in her nightstand. Gran turned to leave, but Neville stayed put, watching his mother. She shut the drawer and motioned toward Neville with a closed fist. He held out his hand. Alice opened her fist and presented a handful of Drooble’s Best Blowing Gum wrappers, which she let fall into Neville’s waiting palm. 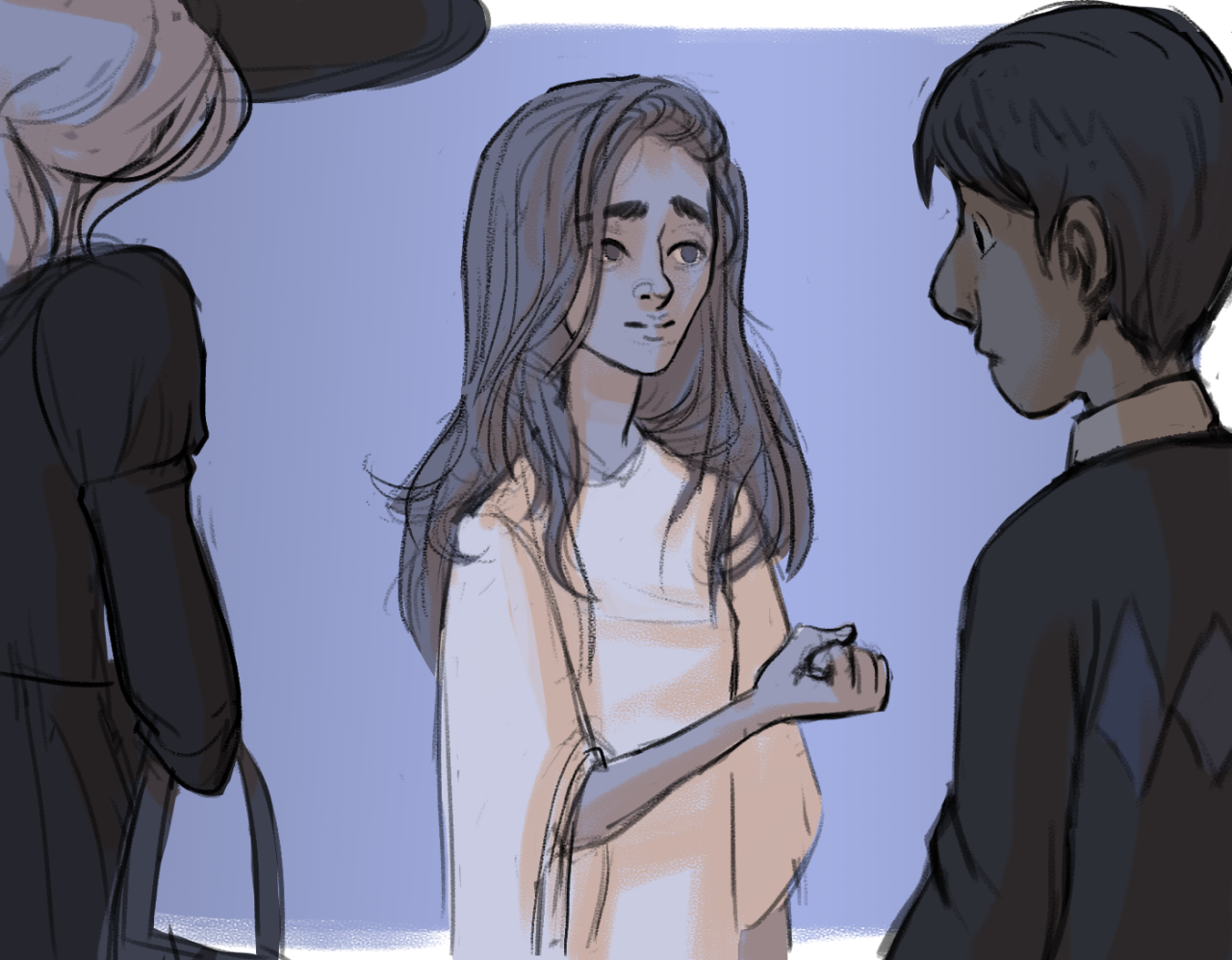 “Well, isn’t that nice?” Gran said gently, patting Alice on the arm. She lowered her voice as she led Neville out of the ward. “I swear she gives you more and more every year. You can put them in the bin when you have a chance.”

But Neville pocketed them. He would count them when they arrived home. Gran was right. His mother did give him more and more every year. To be specific, she gave him exactly one more every year on this day. The number always matched Neville’s age.