Dragons, Inns, and Demiguises: Updates on the “Wizards Unite” Fan Festival and Version 2.3.0

The Calamity continues to endanger the wizarding world. Dark wizards, witches, and creatures are roaming the land, and to make matters worse, dragons have now been sighted over White River State Park in Indianapolis, Indiana.

And with that, the stage is set for the inaugural Harry Potter: Wizards Unite Fan Festival! Starting Saturday and continuing through Sunday, White River will transform into command central for the Ministry of Magic and its Statute of Secrecy Task Force. Players are gearing up to converge on the park, eager to connect with other gamers, storm Fortresses, and of course, clear up that pesky dragon infestation!

Festival features will include a real-life Threat Clock to warn players of impending danger, photo ops, and landmark flags to help gamers locate Foundables. Themed lounges will offer a place to rest and recharge devices. Wizards Unite partners AT&T and Simon Property Group will also be on hand, with AT&T hosting exclusive activities and a large inflatable Niffler for photos at their tent and Simon Group offering vouchers for use at their mall properties and the chance to win a $10,000 shopping spree.

You can check out the official event map and a gallery featuring renderings of the festival lounges below. 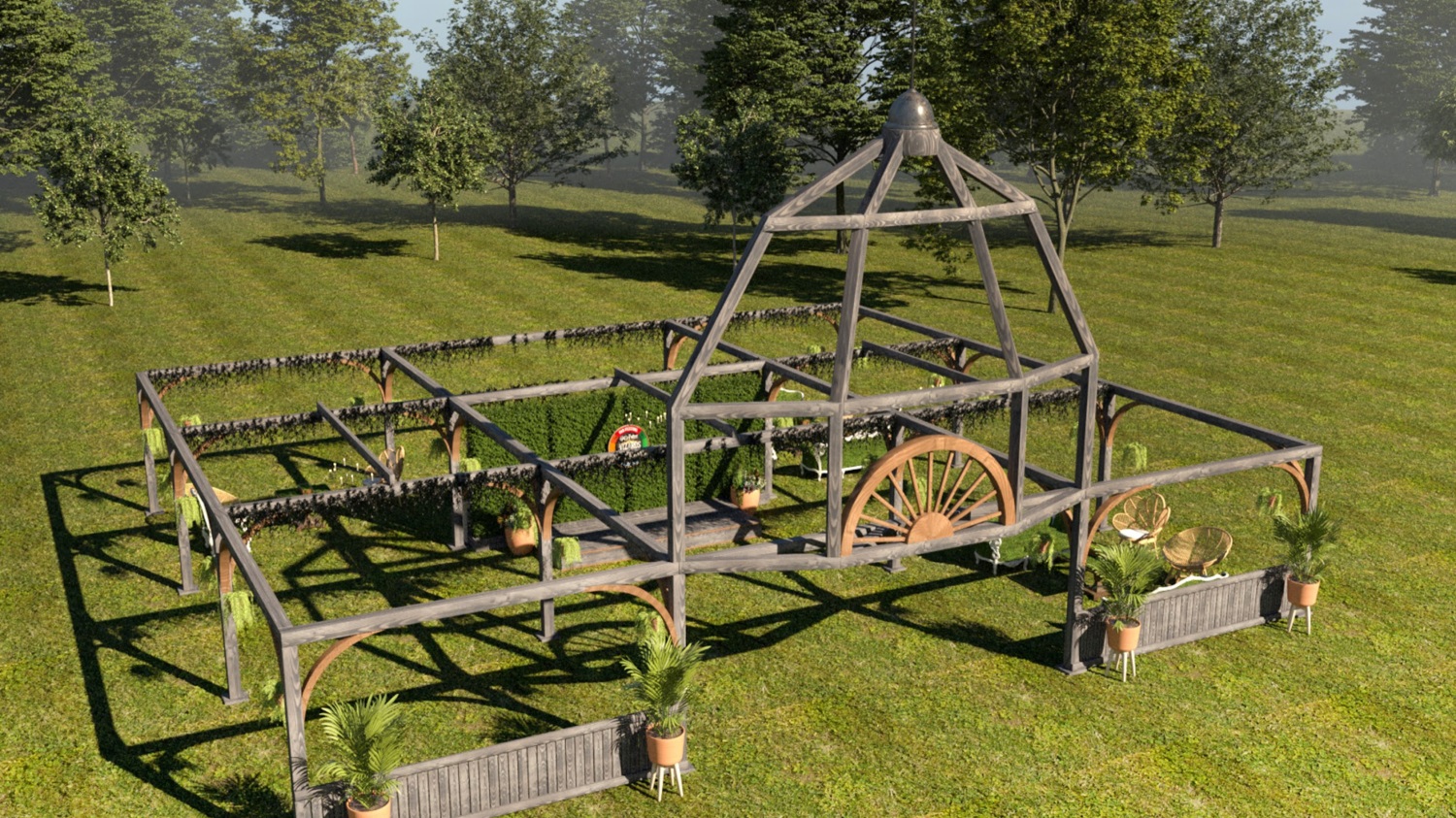 Pictured is one of the Greenhouse-themed lounges gamers can enjoy at the “Harry Potter: Wizards Unite” Fan Festival. 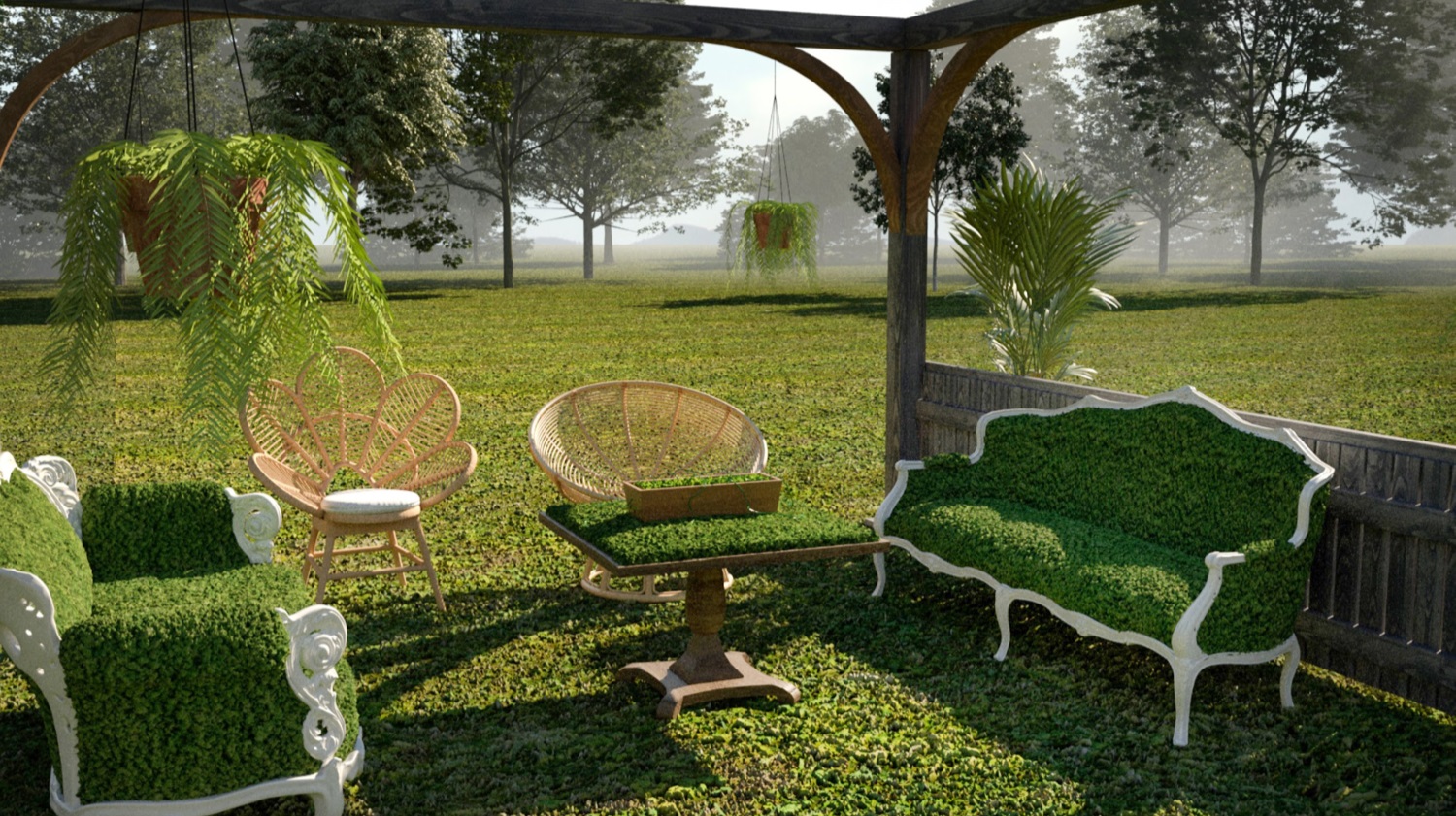 Sofas and tables look as if they sprang up from the ground itself in this Greenhouse-themed lounge. 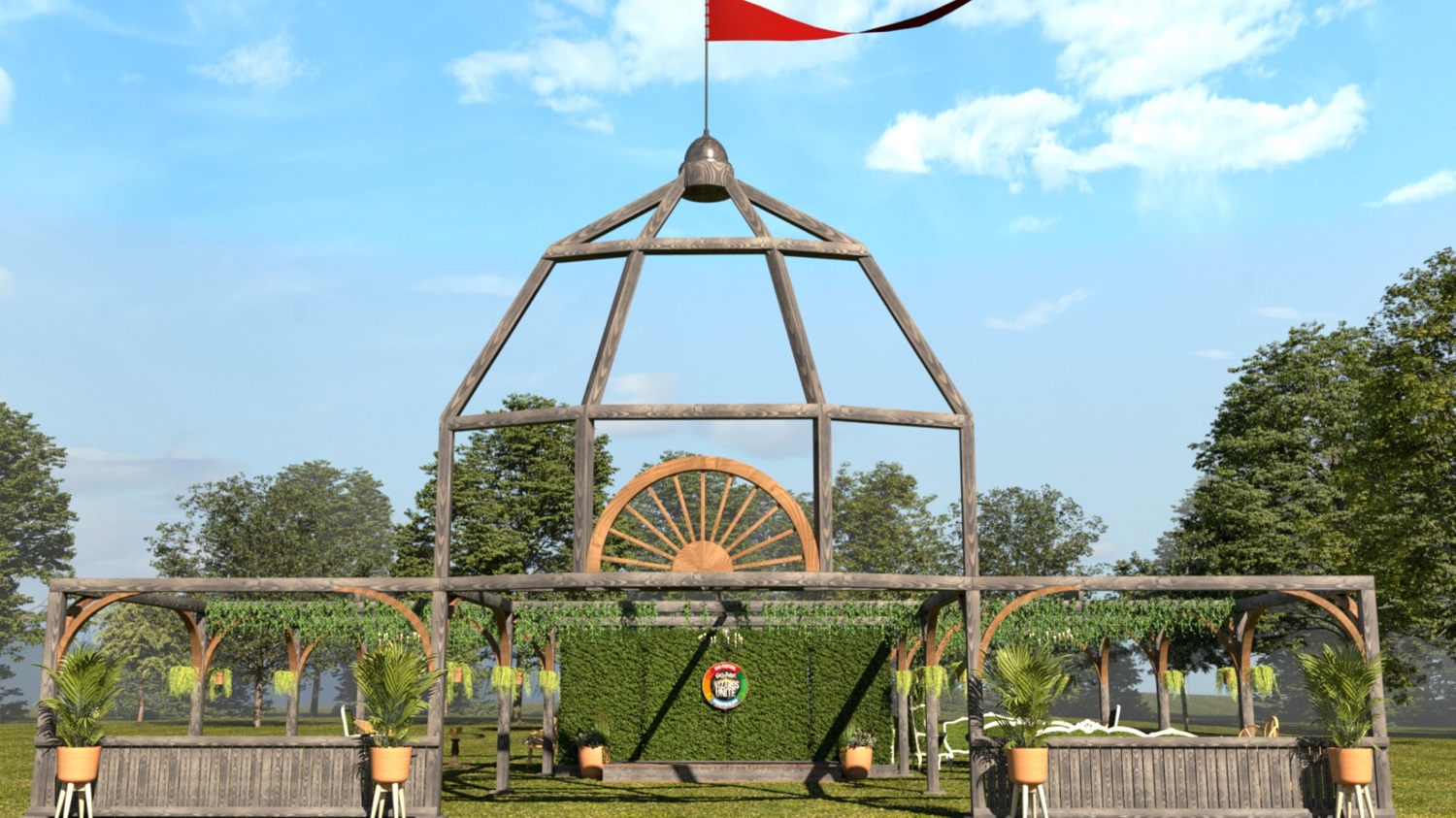 This Greenhouse-themed lounge will help gamers connect with nature while they rest and recharge. 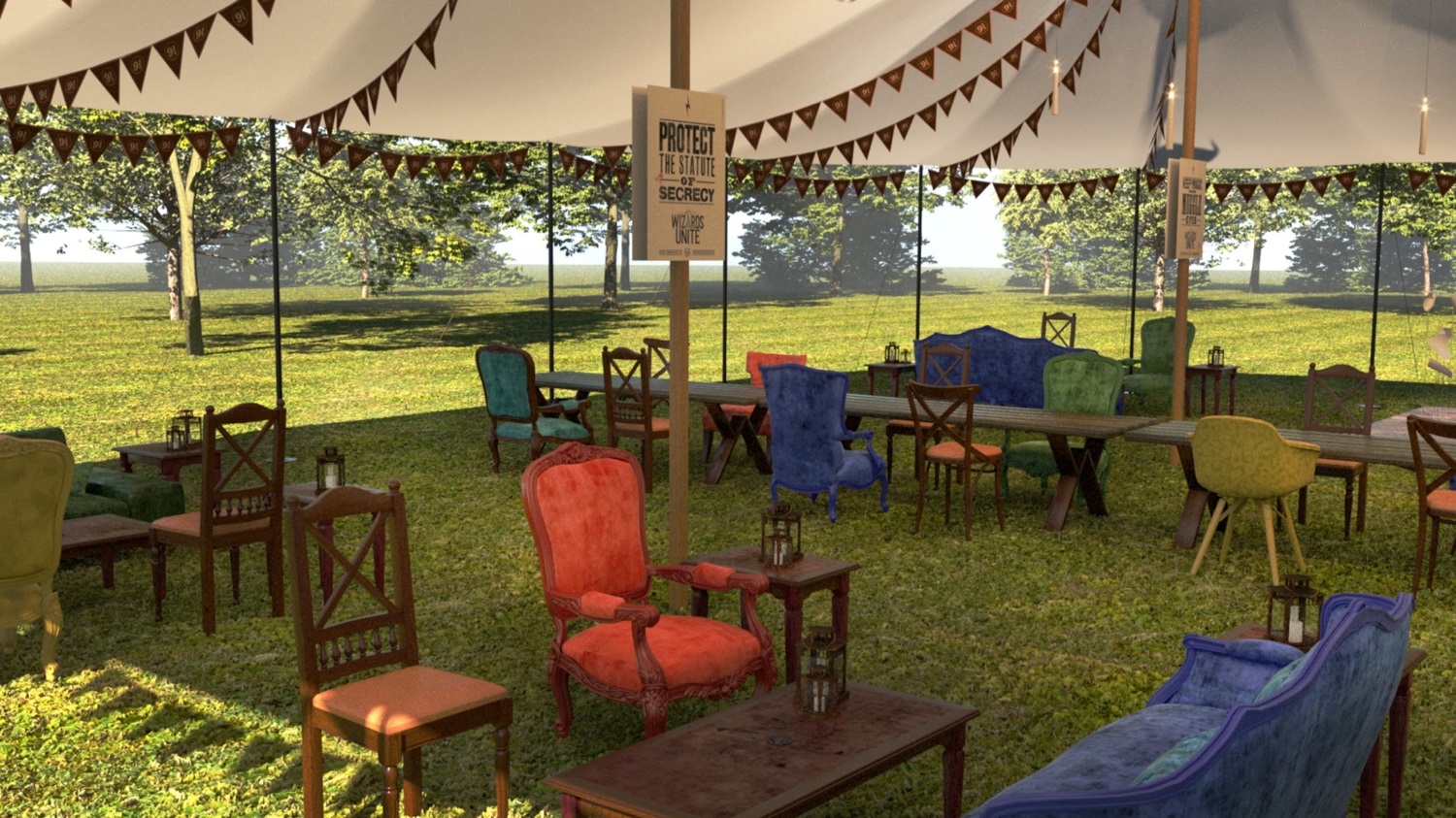 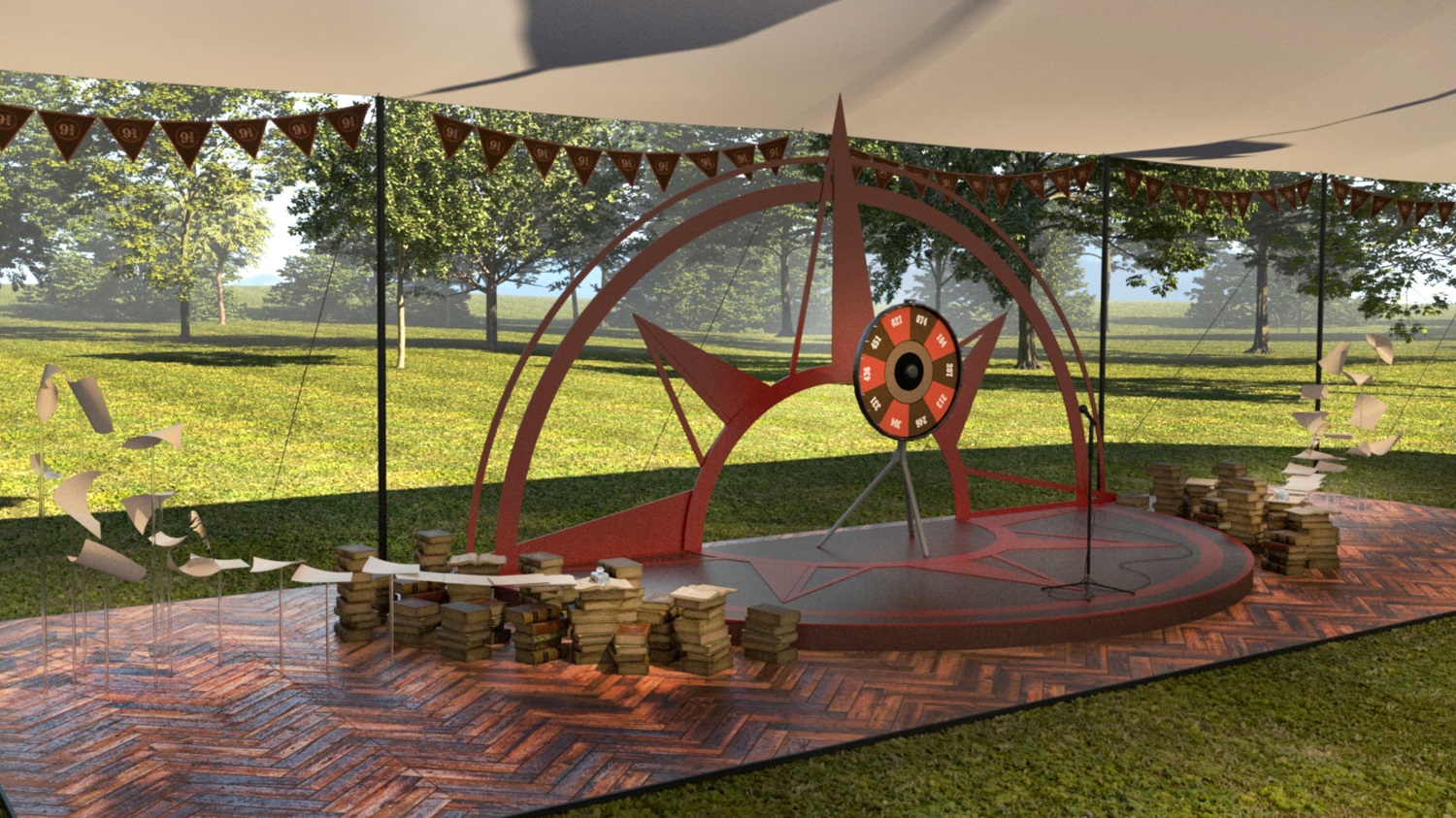 A prize wheel is pictured inside one of the “Harry Potter: Wizards Unite” lounges. 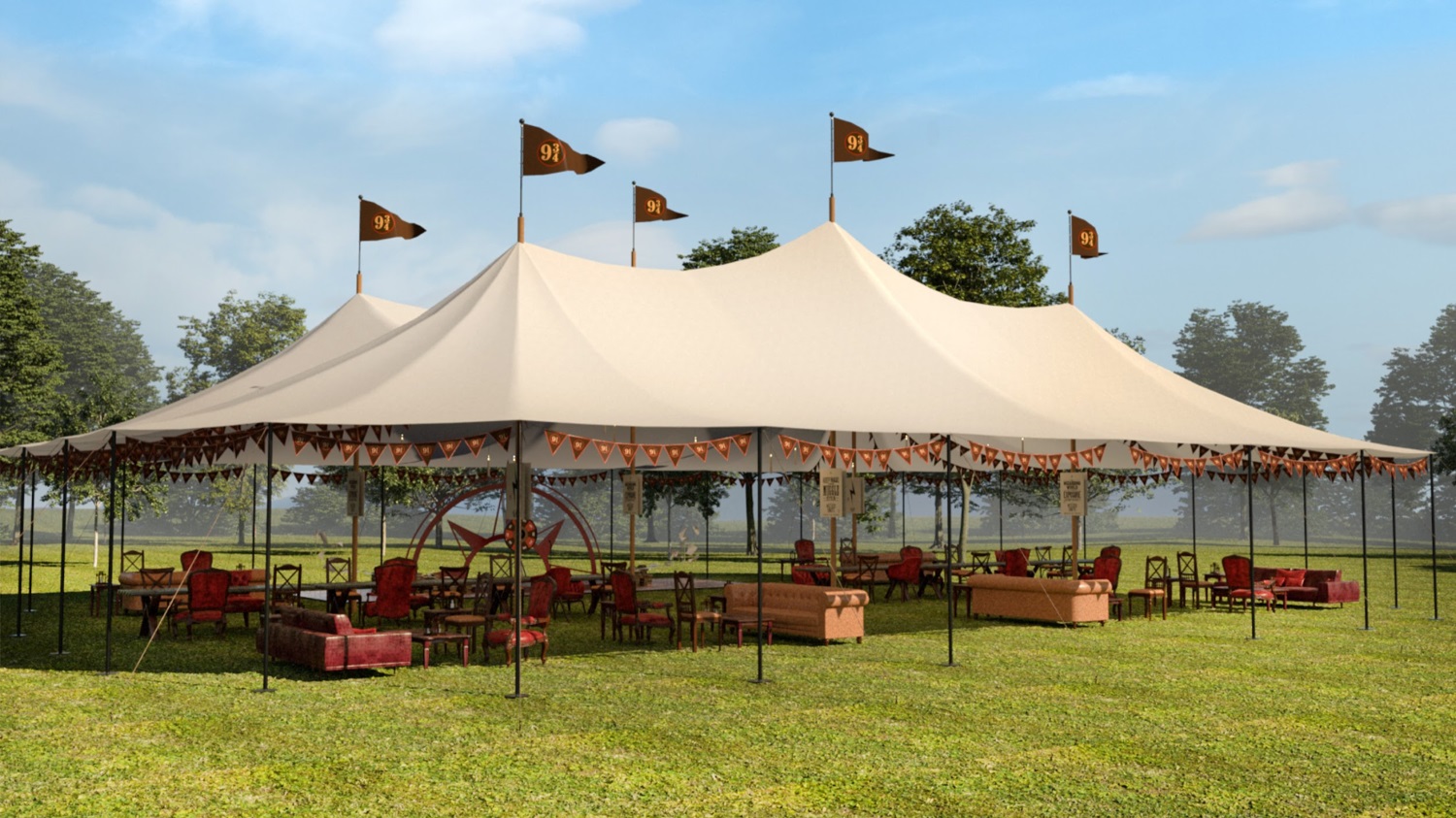 Lounges like this one at the “Harry Potter: Wizards Unite” Fan Festival will allow players to relax and socialize.

Elsewhere on the Wizards Unite front, the game is now in the midst of Week 2 of its “Back to Hogwarts” Brilliant Event. We let you know earlier this month what you could expect from “Hogwarts Gates,” which ends September 3.

The game has also updated to Version 2.3.0, and players who tend to grow weary of repeatedly encountering the same Foundables will be pleased to know that the update includes increased Family XP for Foundables that have reached their maximum fragment counts. You can peruse a full list of updates below, and make sure you’re using the latest version before the Fan Festival begins!

Photo Mode: A Photo Mode filter has been added to the Registry. Toggle the camera button to see which Foundables can have their photos taken in Photo Mode.

Have fun saving the world this weekend, and if you’re attending the Fan Festival, let us know how you enjoyed it!

I'm a passionate journalist, feeding my wizarding world obsession on MuggleNet by night, forever trying to find ways to work "Potter" references into high school sports stories by day. When not writing, I can be often be found making quiche at 2 a.m., playing Queen tunes on the piano, or talking (and talking and talking) about Sirius Black.