A Hogwarts of Her Own for One Lucky Granddaughter

Proving there really is such a thing as the best grandparents in the world, Ontario, Canada’s Dave and Ruby Dunlop recently commissioned the building of an incredible two-story Harry Potter-themed playhouse for their eldest granddaughter, two-year-old Logan.

Huge and detailed at 350 square feet, the spectacular playhouse is fully equipped with swings, a sparkling chandelier, and even a slide. The wizarding wonder is decorated with owl-themed armchairs, broomsticks, and more. Residents include a toy basilisk and a number of wizarding portraits depicting the Harry Potter series’ best-loved characters, including Dumbledore, Harry, Ron, and Hermione.

Inside the Potter house, the Dunlops’ grandchildren have access to a specially designed “cupboard under the stairs,” an electric fireplace, a Hogwarts snow globe, a Fantastic Beasts-inspired trunk drawer, and more, not to mention the framed Hogwarts acceptance letter that hangs over the playhouse’s stairwell. 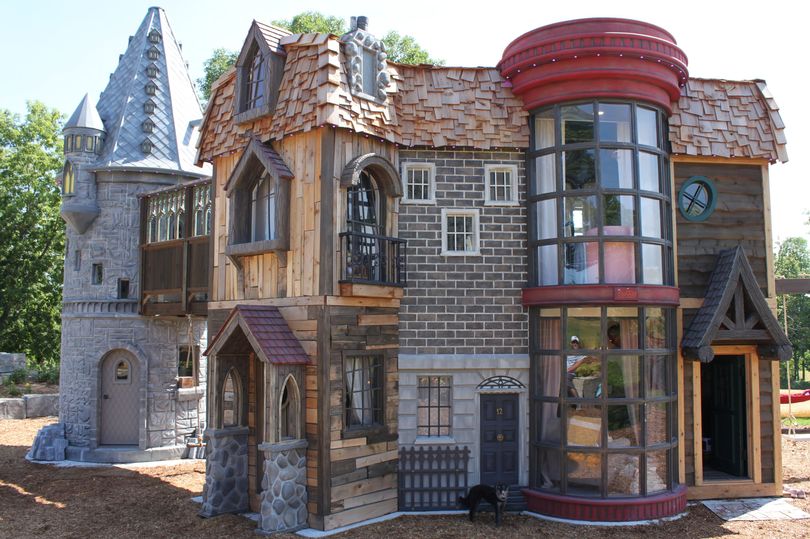 An exterior shot of the “Harry Potter” playhouse 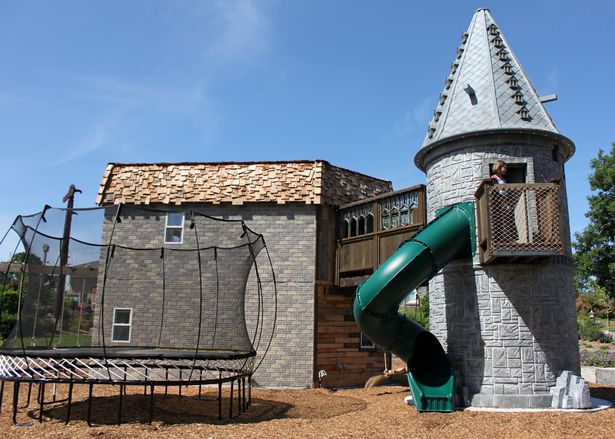 The slide descending from the playhouse’s tower 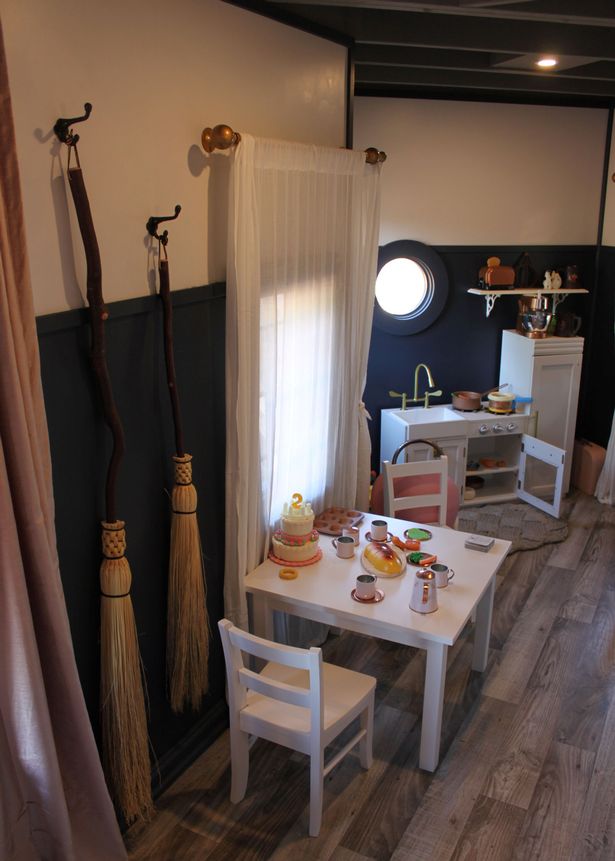 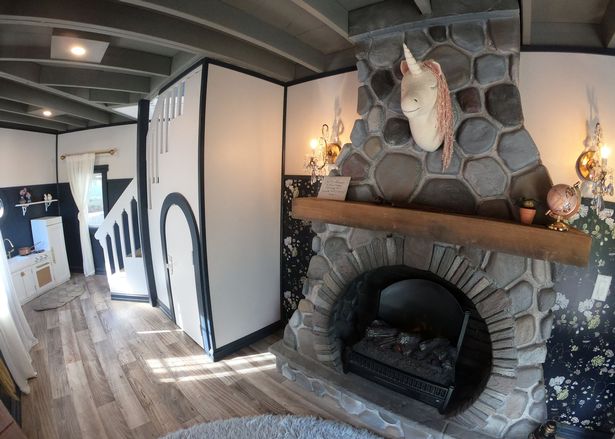 The fireplace and the cupboard under the stairs 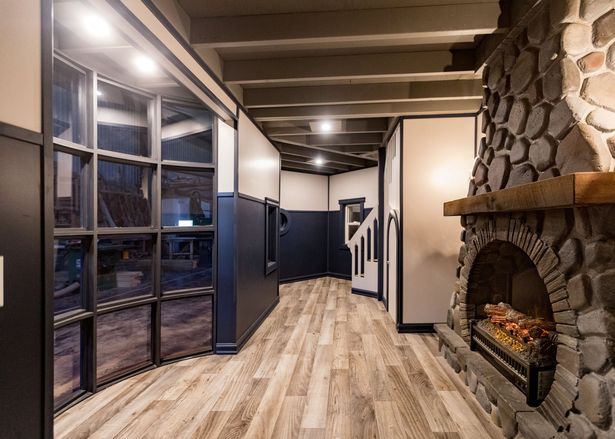 An interior shot of the “Potter” playhouse

Charmed Playhouses spent six weeks building the Hogwarts house in Alberta, Canada, before taking a further three days to set it up for the Dunlops in Spencerville, Ontario. The Dunlop family refused to declare the exact price of the playhouse, but custom luxury playhouses made by the company typically range from $15,000 to $250,000. Dave Dunlop reflected on the experience of commissioning the magical gem and on their granddaughter’s second play-sized luxury home.

My daughter and her partner are huge Harry Potter fans – but none of us really know how to design a building, let alone a playhouse! We felt it would be so neat if Logan had a special place for her to come and play with at Pa’s and Gram’s. So we gave Tyson full creative freedom. My son and his wife got a playhouse built for them by Tyson too, and it was delivered the same time as ours – so we’re somewhat loyal customers! It got exactly the reaction we’d hoped for. When our granddaughter came out the second time to play, she asked if she could go to ‘her house’. Even a month since it was set up, every time she comes outside, she spends time in it. Gram and her absolutely love to have tea in the little kitchen and lose track of the time.

The Dunlop family isn’t stopping at mini-Hogwarts. In a few years, they plan to add a zipline to the playhouse, extending from the tower balcony to the ground. For now, the family is enjoying the spotlight of awed locals and preparing for magical lessons in their own miniature castle.