Get Ready to Hit the Pitch in “Hogwarts Mystery”, Tackle Day of the Dragons in “Wizards Unite”!

We have big updates from both games to let you know about: Quidditch has come to Harry Potter: Hogwarts Mystery, and the Day of the Dragons is impending in Harry Potter: Wizards Unite! Get all the details below, along with a recap of last weekend’s inaugural Wizards Unite Fan Festival. Accio device chargers! You’re definitely going to need them.

MuggleNet let you know last month about the Quidditch teases that had been peppering Hogwarts Mystery's social media accounts, and the day has arrived! The Quidditch Stadium has been added to your navigation menu, and if you've reached Year 2, Chapter 6, or above, you'll find the "Chapter 1: Welcome to Quidditch" side quest - and Penny Haywood - waiting for you. According to a press release from Jam City, you'll be invited starting today to participate in Quidditch friendlies to help you hone your skills. Beginning Thursday, Quidditch will become a permanent "ongoing, multi-chapter and multi-season adventure," featuring new original characters, environments, and storylines. The update marks the game's largest since its launch in April 2018.

Over the course of the Quidditch seasons, players will be able to unlock new moves as they try their hand at all four positions - Chaser, Beater, Keeper, and Seeker - and Houses will compete together for the coveted Quidditch Cup. Prizes will include special brooms, House-themed face paint, and iconic Quidditch uniforms once players have made the team. Michael Brozman, Sr. Director of Product Management for Jam City, says the company is excited about the addition.

Quidditch is one of the most iconic parts of the Hogwarts school experience and something our players have been clamoring for. We've added in a fun and challenging new skill-based mechanic alongside some very captivating characters who are new to the world of 'Harry Potter: Hogwarts Mystery'. As a permanent fixture in the game, we couldn't be more excited to bring this ongoing, multi-chaptered adventure to players, season after season.

You can check out the new trailer and a gallery of photos and screenshots below, along with the Jam City press release. Let us know in the comments how you're enjoying the update! 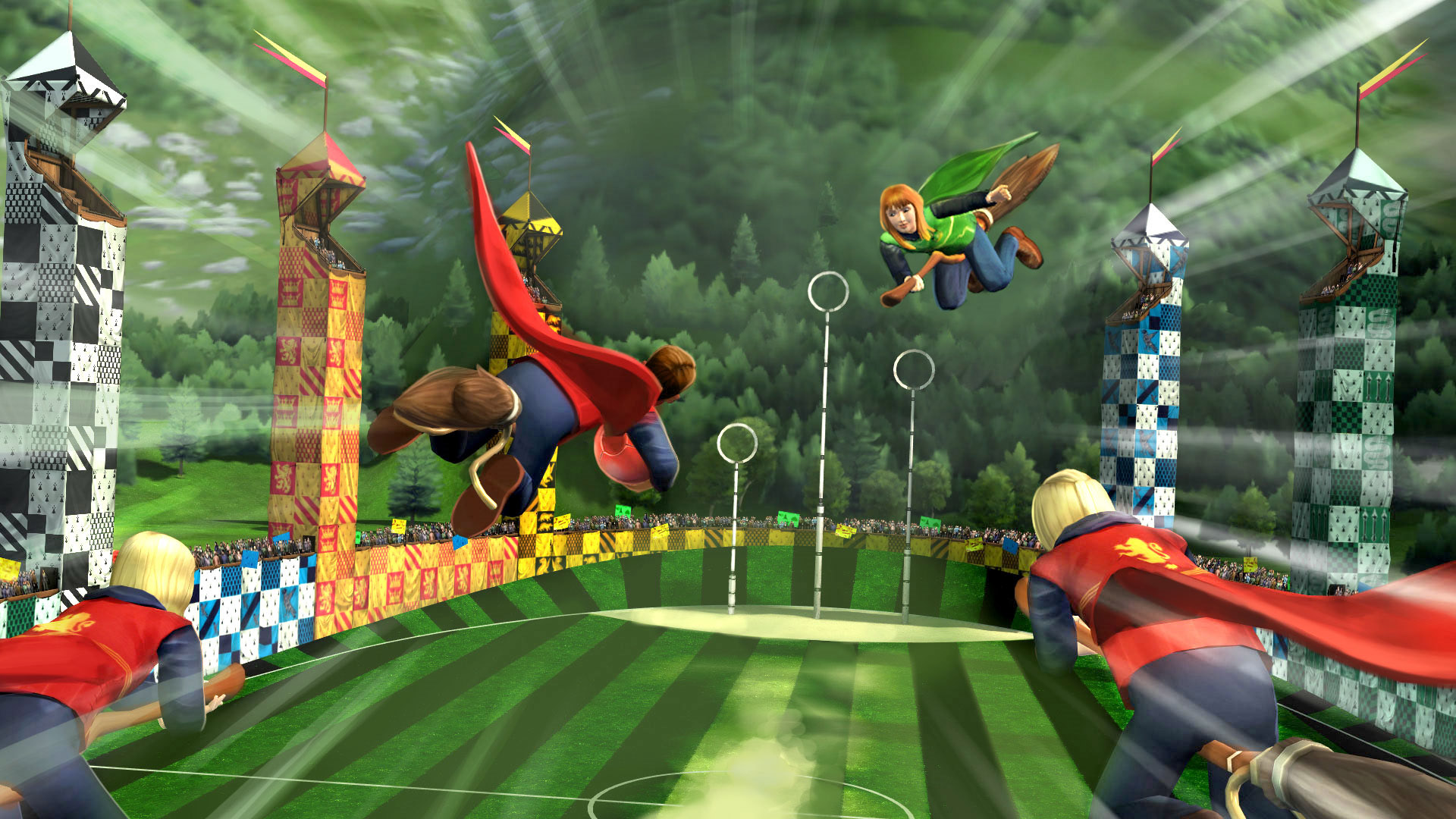 Quidditch players soar through the sky in this new game image from “Harry Potter: Hogwarts Mystery”. 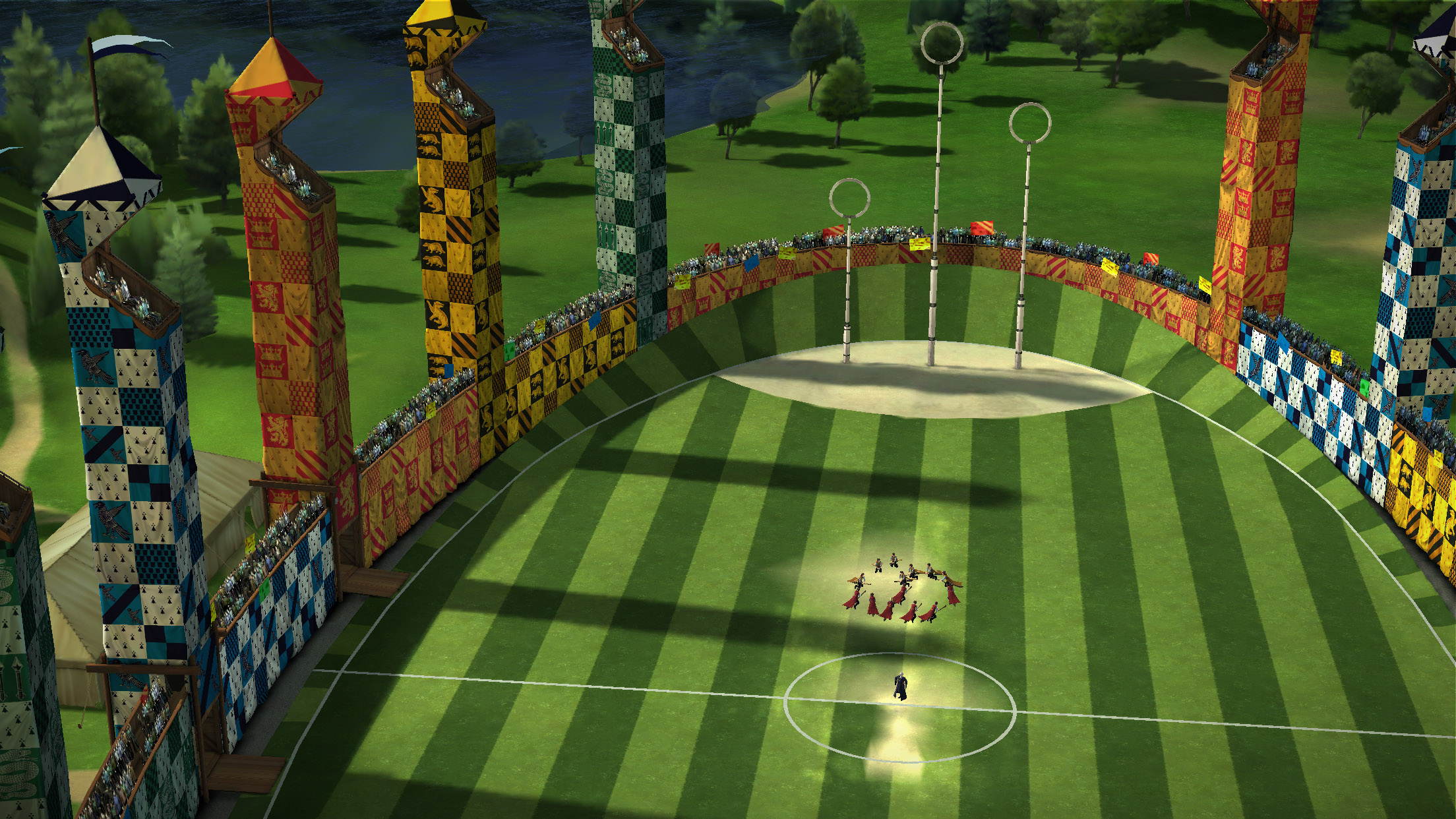 A bird’s-eye view of the Quidditch pitch is seen in this new game image from “Harry Potter: Hogwarts Mystery”. 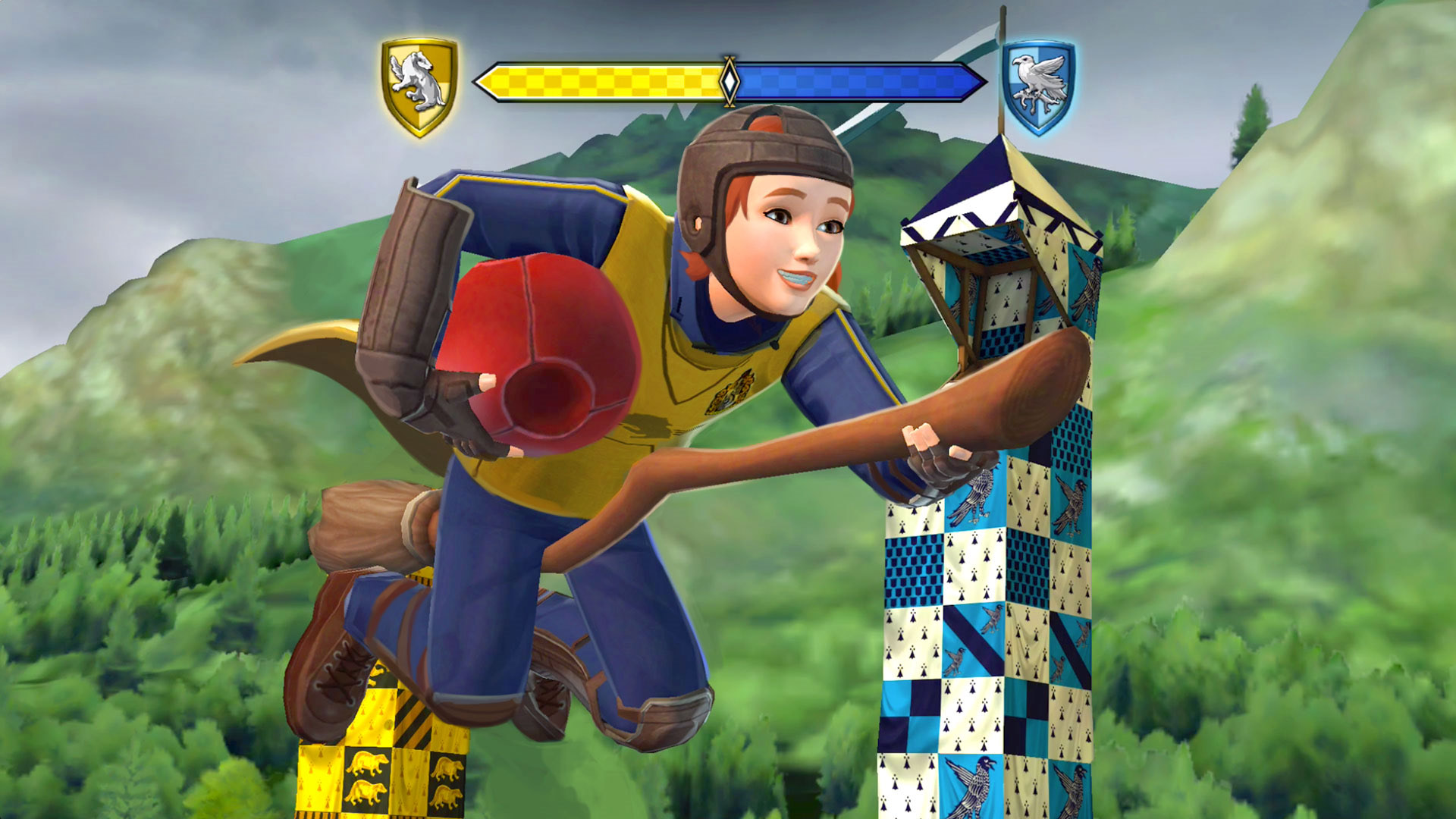 A Chaser flies past with the Quaffle in this new game image from “Harry Potter: Hogwarts Mystery”. 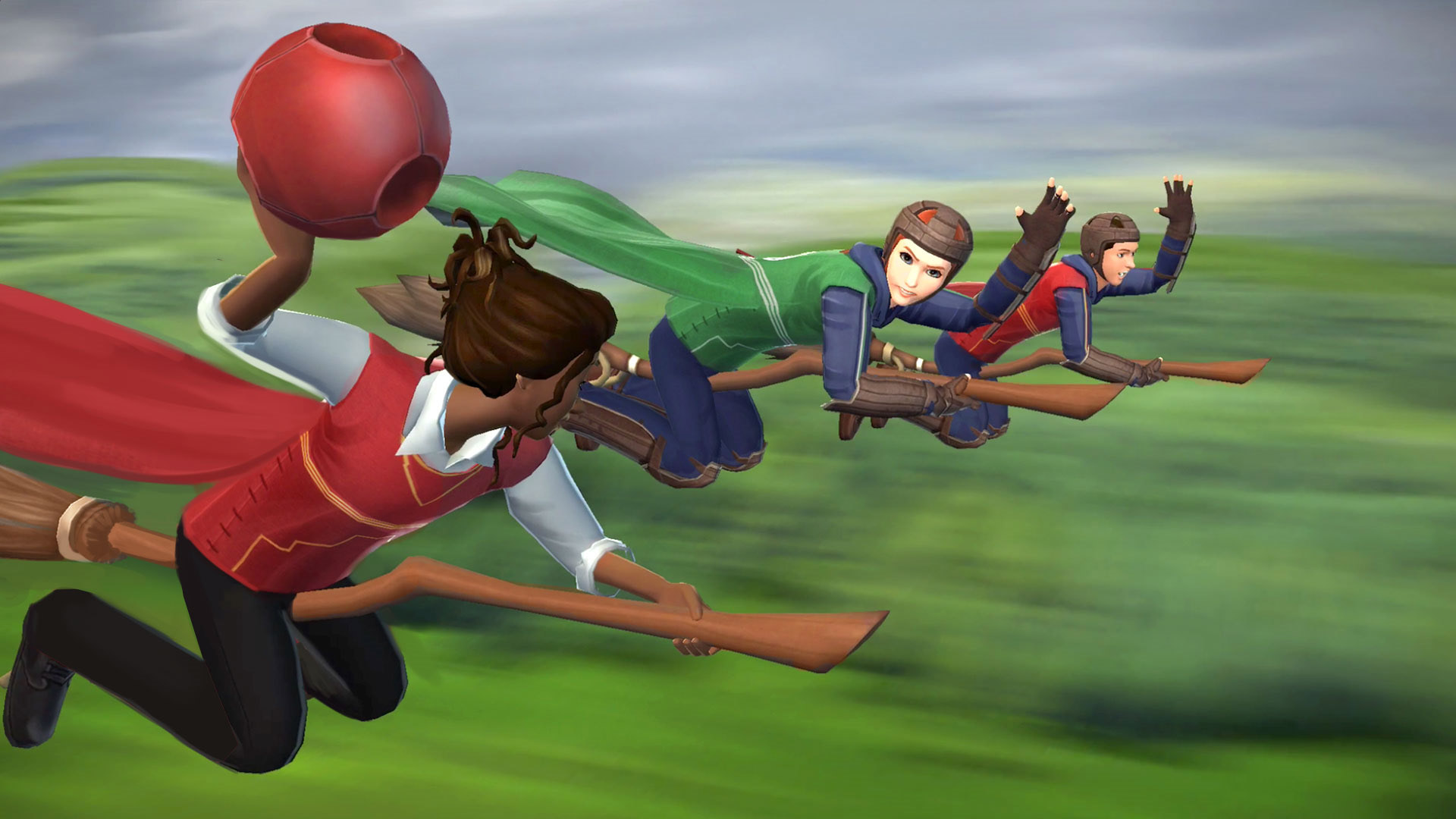 A Chaser looks to pass the ball to a teammate in this new game image from “Harry Potter: Hogwarts Mystery”. 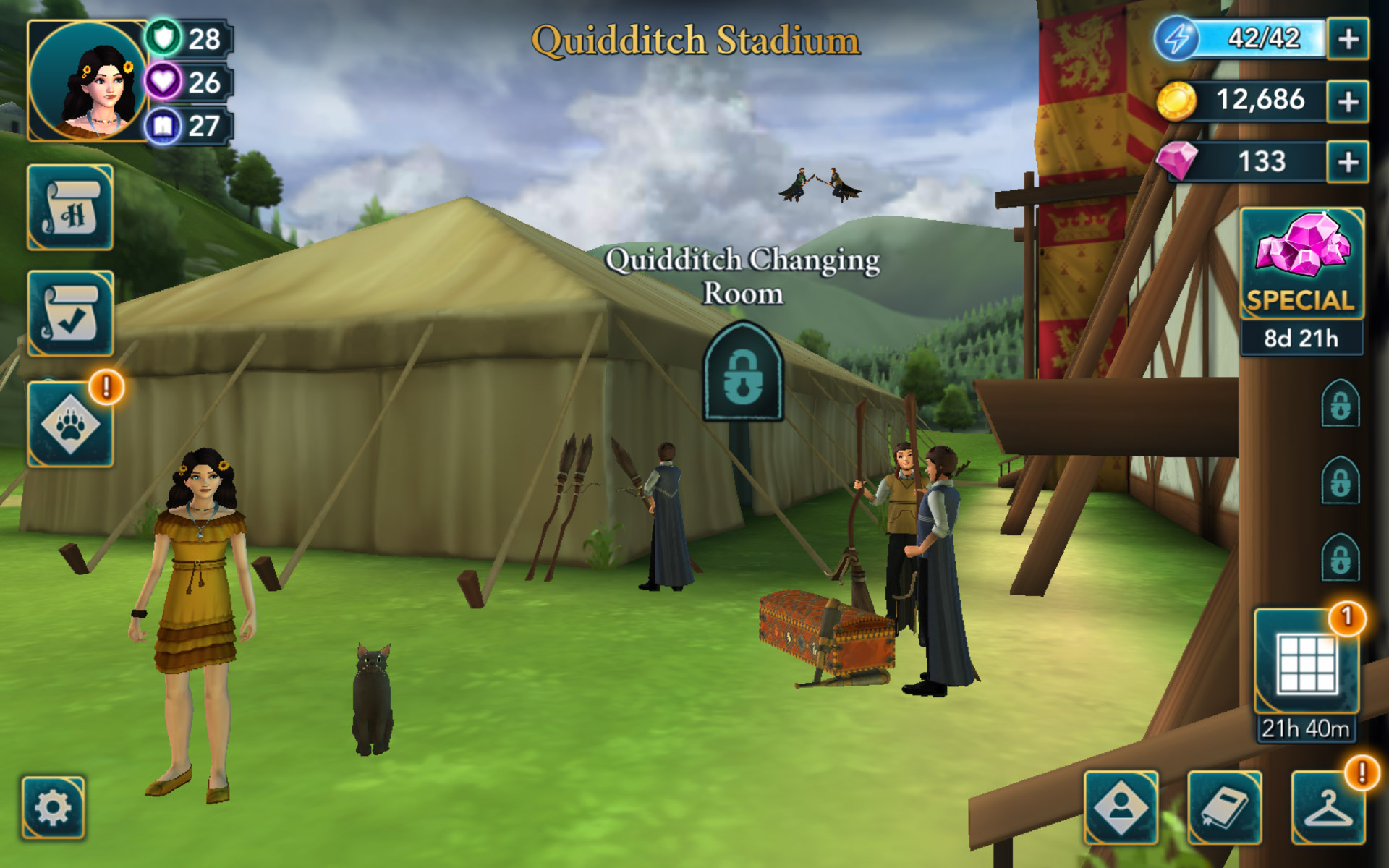 A view of the Quidditch Changing Room is seen in this screenshot from “Harry Potter: Hogwarts Mystery”. 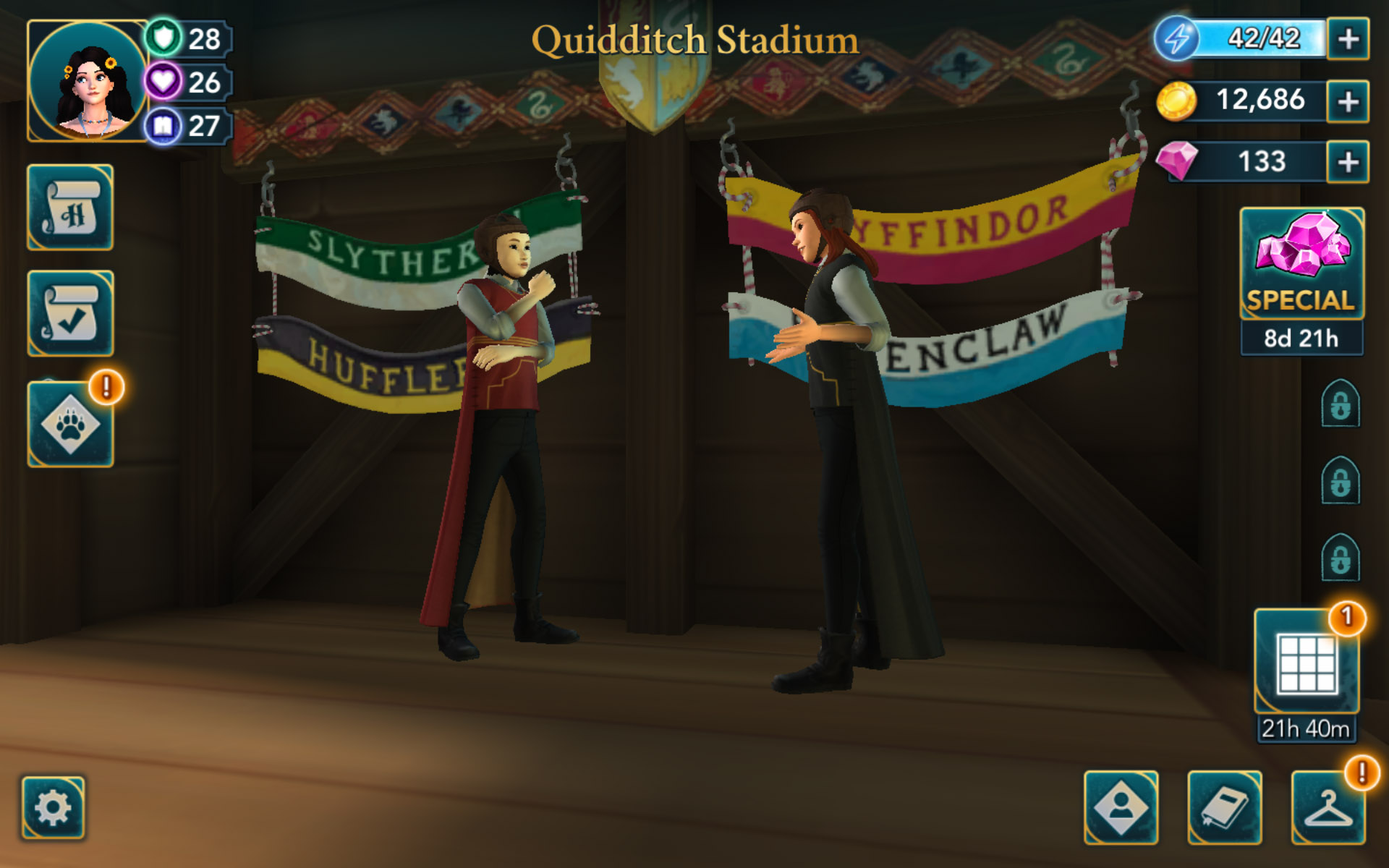 A view of the House banners at the Quidditch Stadium is seen in this screenshot from “Harry Potter: Hogwarts Mystery”. 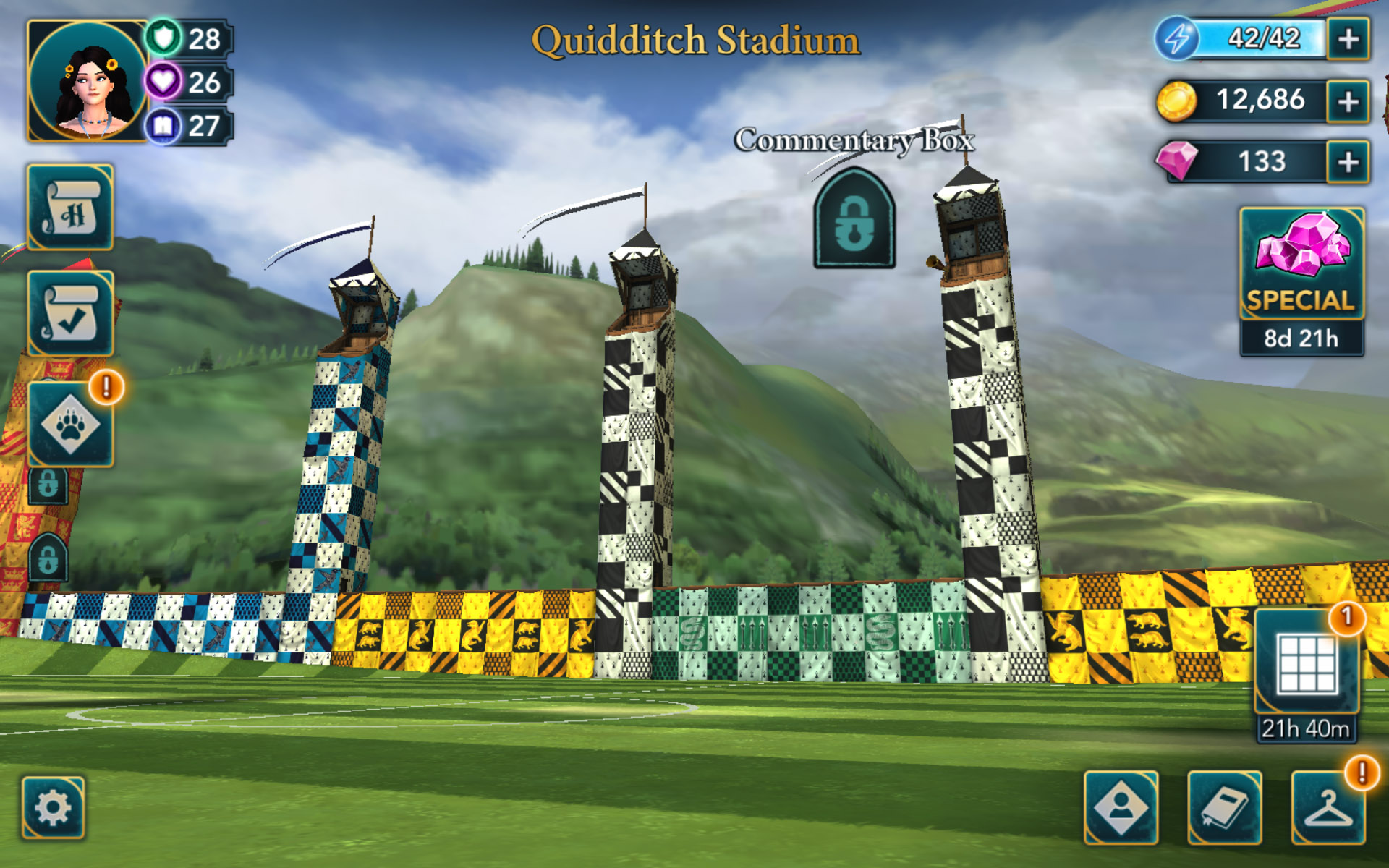 A view of the Quidditch Stadium Commentary Box is seen in this screenshot from “Harry Potter: Hogwarts Mystery”. 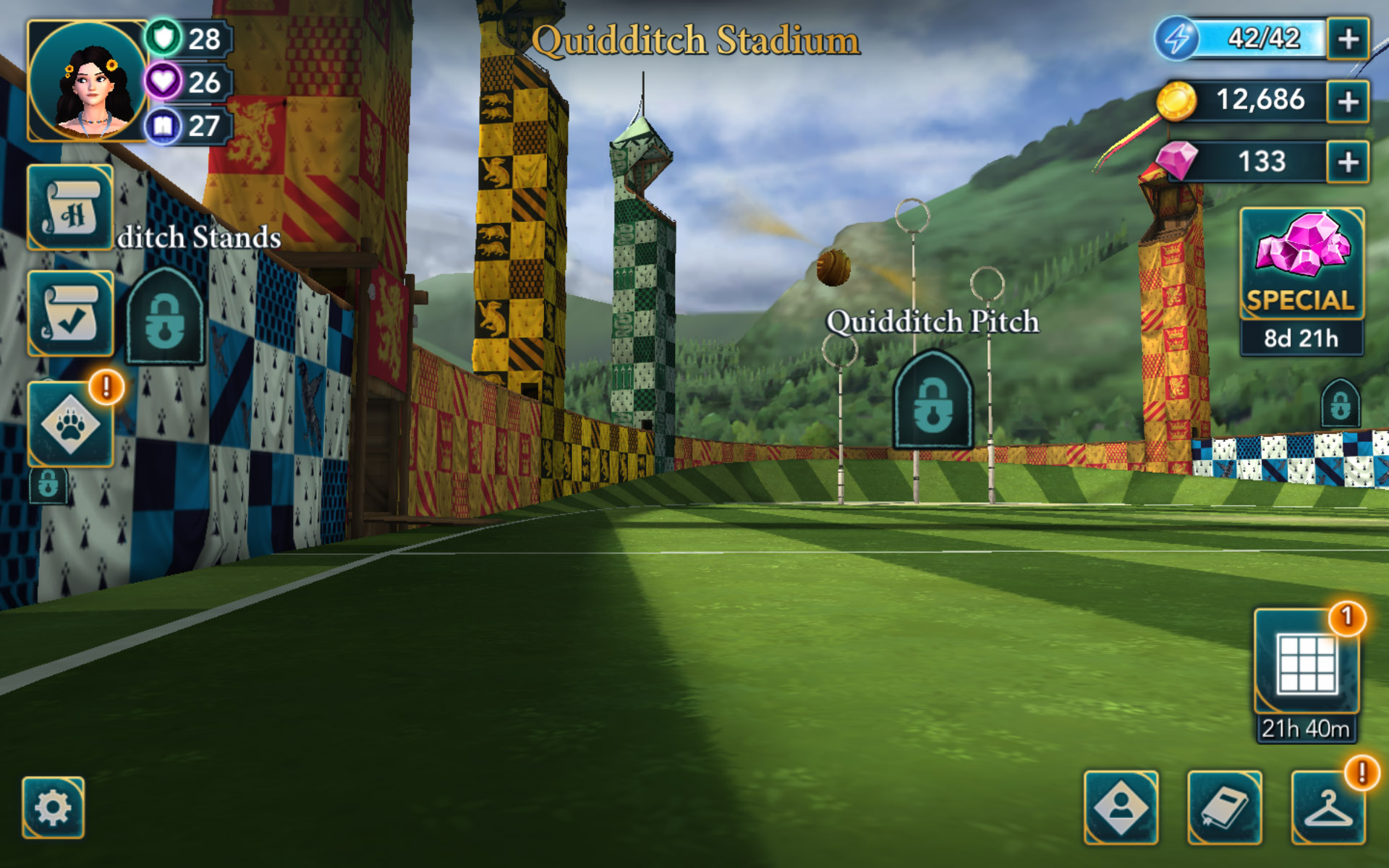 A view of the Quidditch Stadium and a Golden Snitch is seen in this screenshot from “Harry Potter: Hogwarts Mystery”. 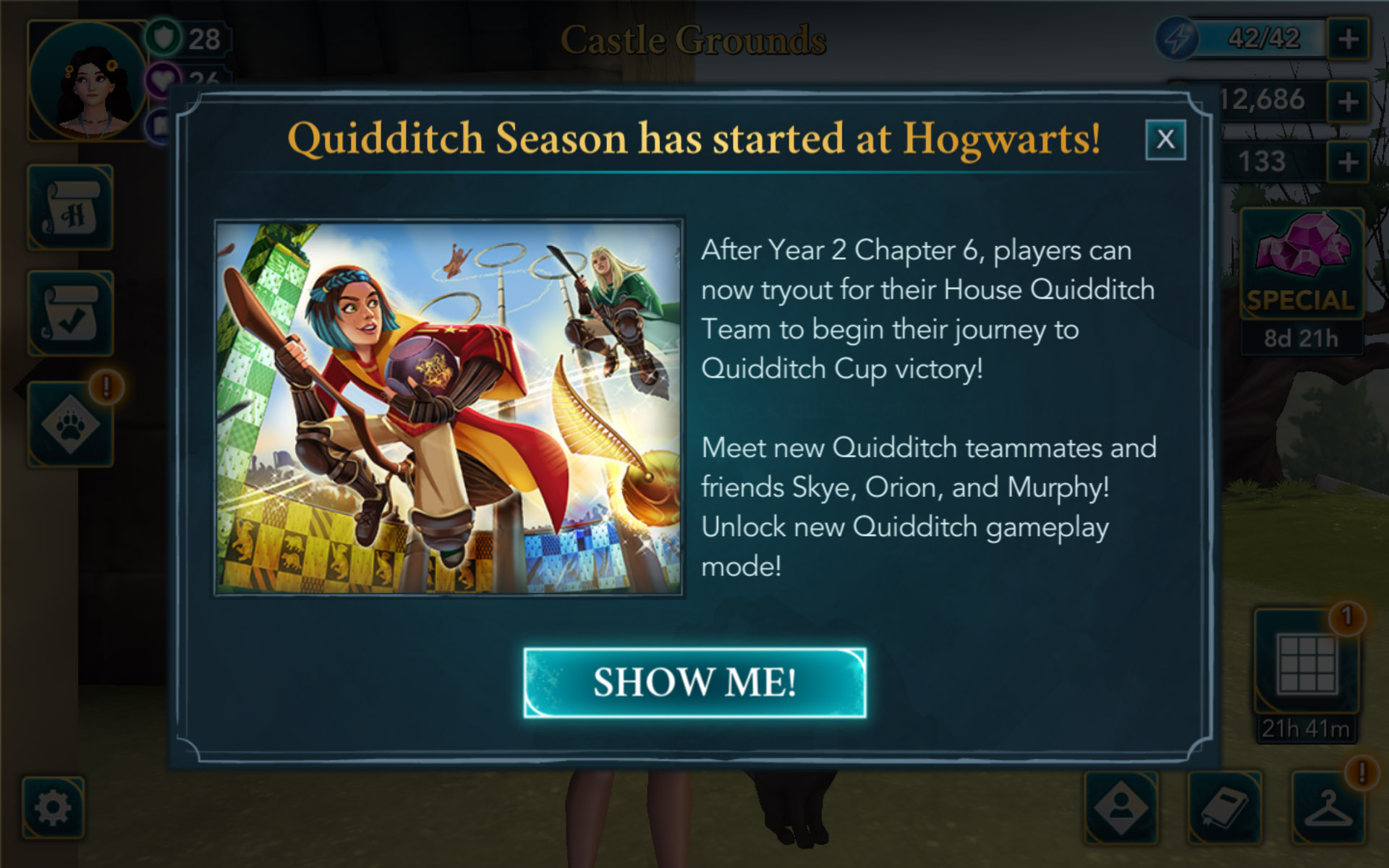 The new Quidditch update to “Harry Potter: Hogwarts Mystery” is greeting players today with a screen welcoming them to the Quidditch season. 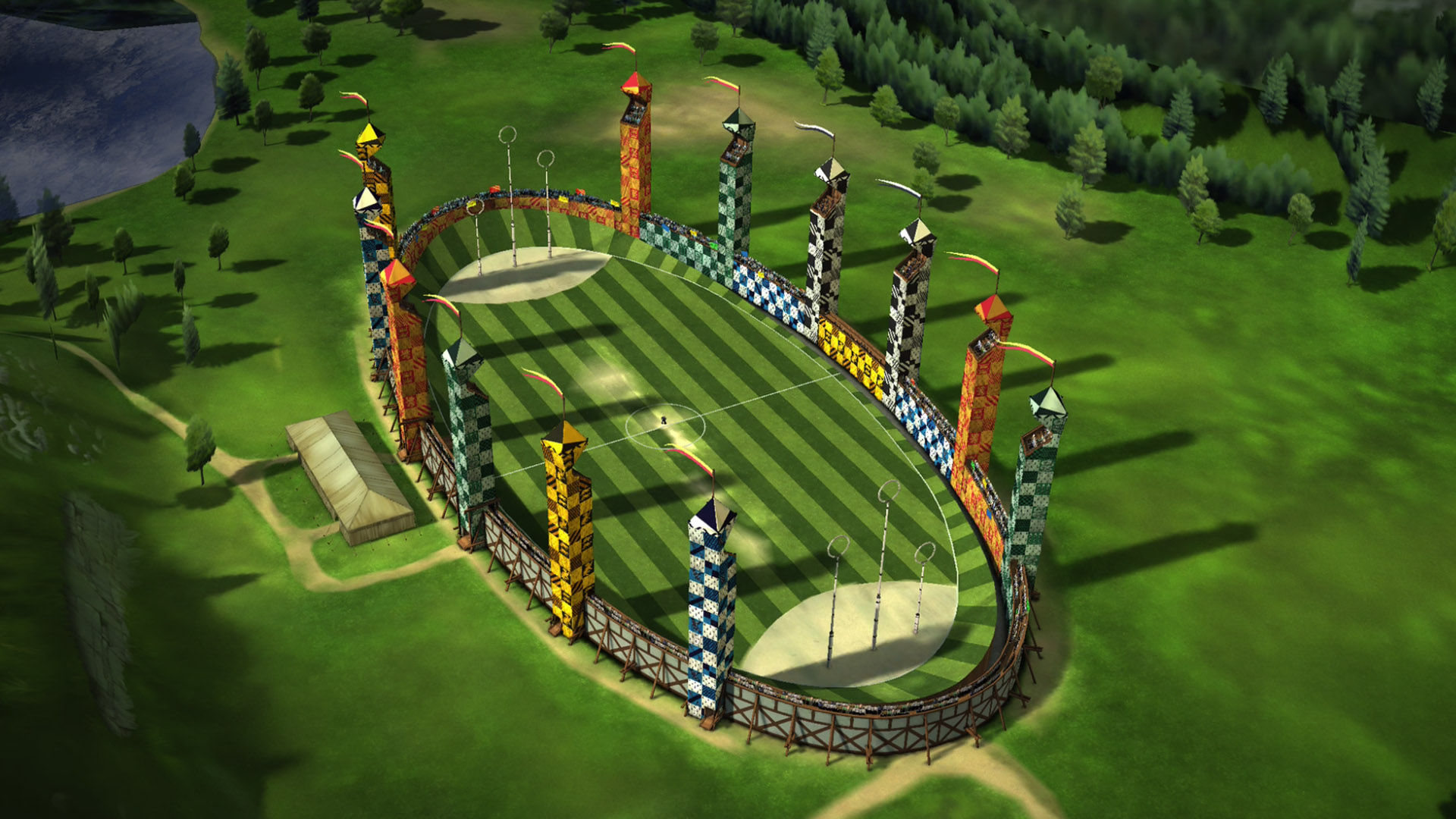 The Quidditch Stadium is seen from above in this new game image from “Harry Potter: Hogwarts Mystery”. 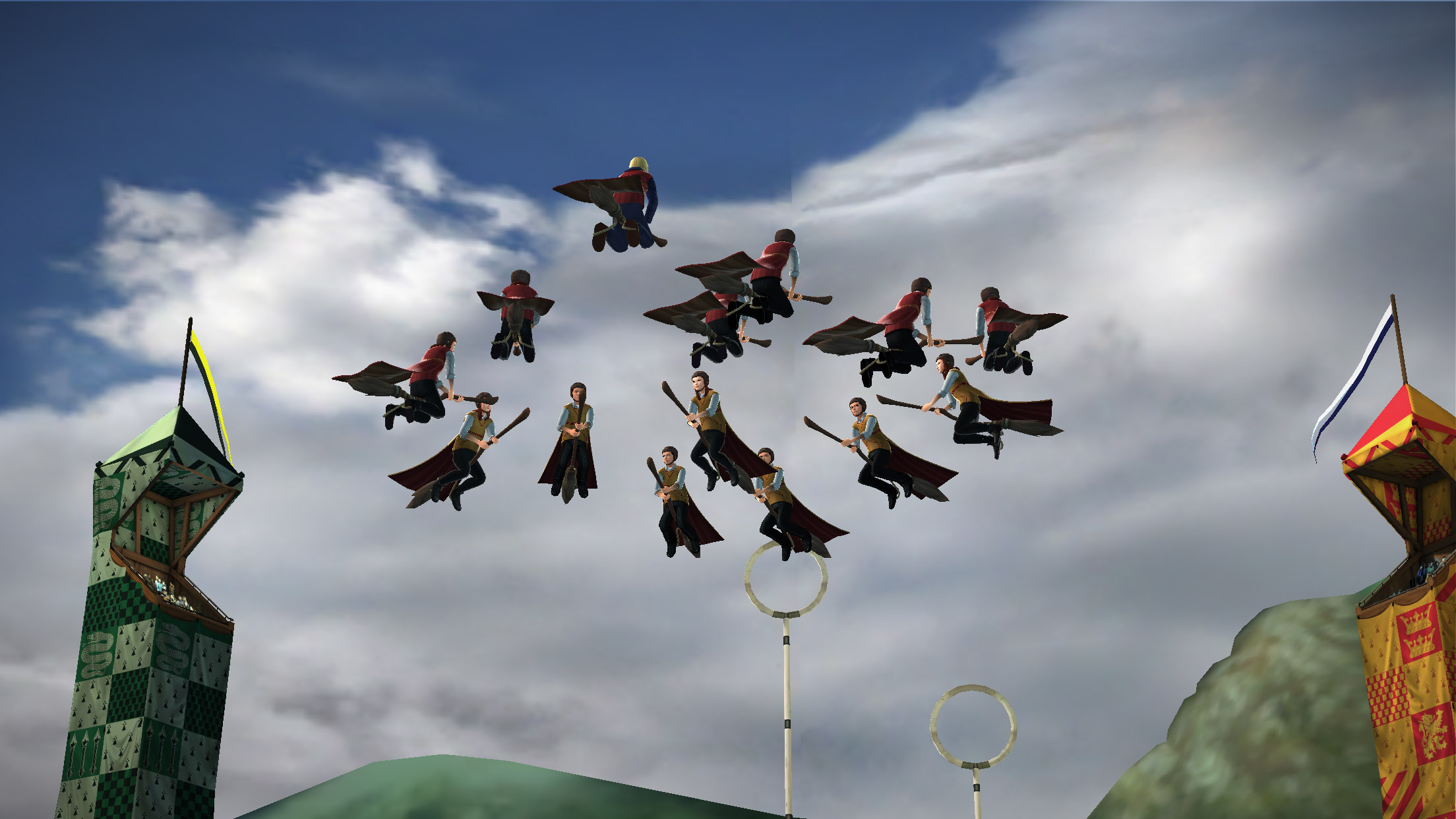 Thousands of Wizards Unite enthusiasts came, saw, and conquered to the game's first Fan Festival last weekend at White River State Park in Indianapolis, Indiana, and to say they helped the Statute of Secrecy Task Force's cause would be an understatement. Game developers Niantic and WB Games San Francisco report that, over the course of the two-day event, players returned nearly 2 million Foundables, including more than 500,000 dragons. Players at the event were introduced to the dragon species by none other than Charlie Weasley.

As a result, a special Day of the Dragons event was unlocked, and you'll be able to unleash not only your inner wizard but also your inner Khaleesi for three hours on Saturday, September 7. All four breeds of dragon were on the loose at the festival, but starting September 7, they'll appear only in their native regions: Oceania for the Antipodean Opaleye; Asia, the Middle East, and India for the Chinese Fireball; the Americas and Greenland for the Peruvian Vipertooth; and Europe and Africa for the Welsh Green. However, during the three-hour special event Saturday, each region will be sighting one additional dragon! Oceania, the Americas, Greenland, Europe, and Africa will find the Chinese Fireball flying overhead, while Asia, the Middle East, and India can catch a glimpse of the Antipodean Opaleye.

Times for the Day of the Dragons are as follows:

While witches and wizards were wrangling dragons at the Fan Festival, players all over the globe were able to participate in a dragon-egg-collecting challenge to unlock other rewards, and with 1 million eggs collected worldwide, we got the job done! The rewards, which will be in effect until 10 a.m. (Pacific Daylight Time) September 9, are listed below:

As if that wasn't enough, YouTube gamers across the Internet are reporting having received emails from Wizards Unite that hint at the addition of an Adventure Sync feature! That feature, which is available in Pokémon GO, tracks the distance you've walked even if your device is off or not using data, which will be immensely helpful in unlocking Portkeys.

Just got an email teasing Wizards Unite’s new feature, Adventure Sync! (This would’ve been an awesome feature to have during the Global Challenge) pic.twitter.com/zevtiECEHn

Niantic and WB Games San Francisco also thanked everyone who participated in the Fan Festival, and you can view a gallery of photos and a video from the event below. Were you in attendance? How much fun did you have? Let us know in the comments!

We want to thank everyone who came out to White River State Park and to all who contributed to the Global Challenge from around the world. Your passion and dedication helped make the first 'Harry Potter: Wizards Unite' Fan Festival such an amazing experience! We look forward to seeing you at future events, so keep your eyes peeled for more information!

Take a look at some of our favorite moments from the first-ever Harry Potter: Wizards Unite Fan Festival! #WizardsUnite pic.twitter.com/OTOlrmmFLu 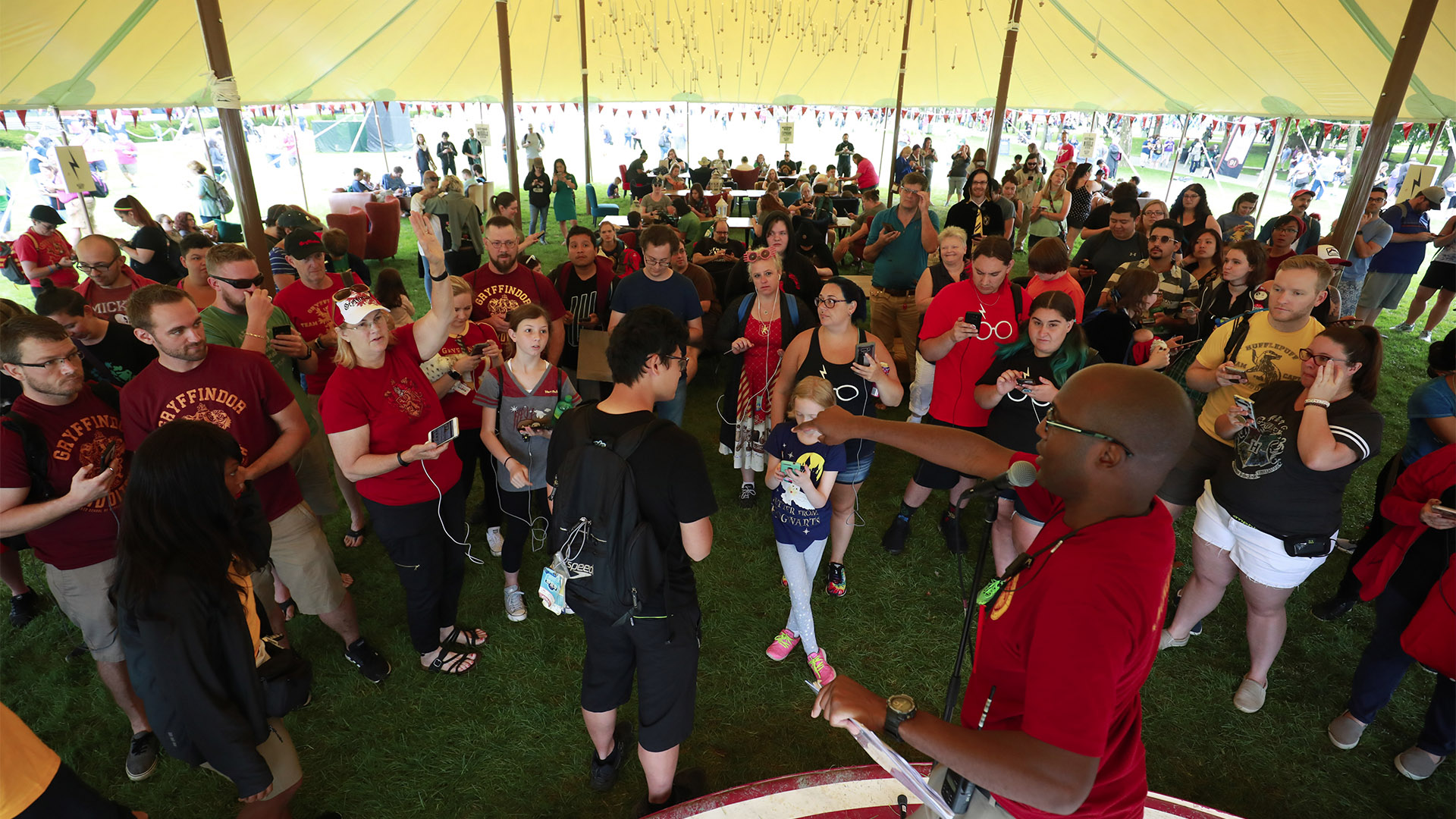 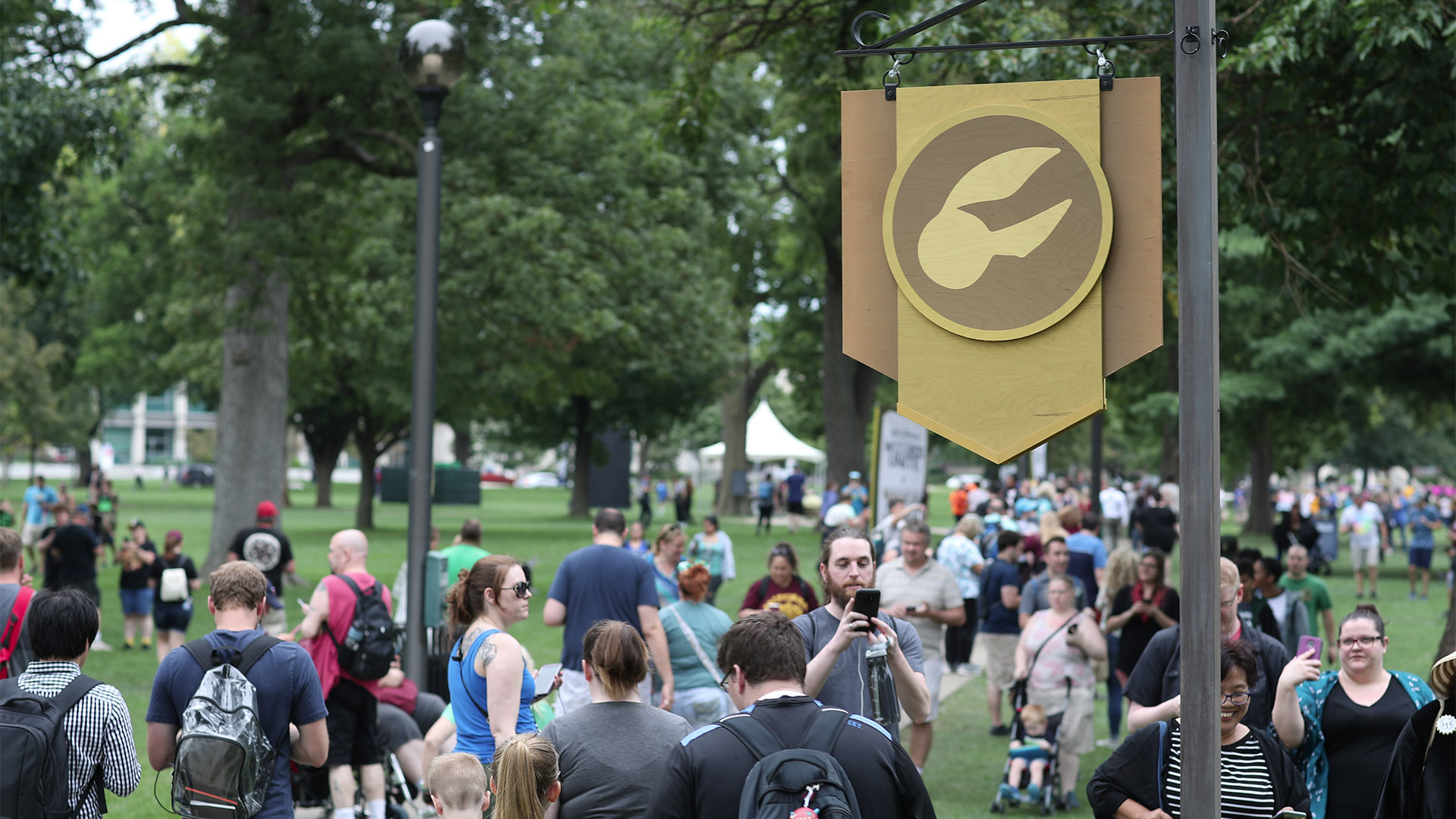 Players at the “Harry Potter: Wizards Unite” Fan Festival look for Department of Magical Games and Sports Foundables near a landmark flag. 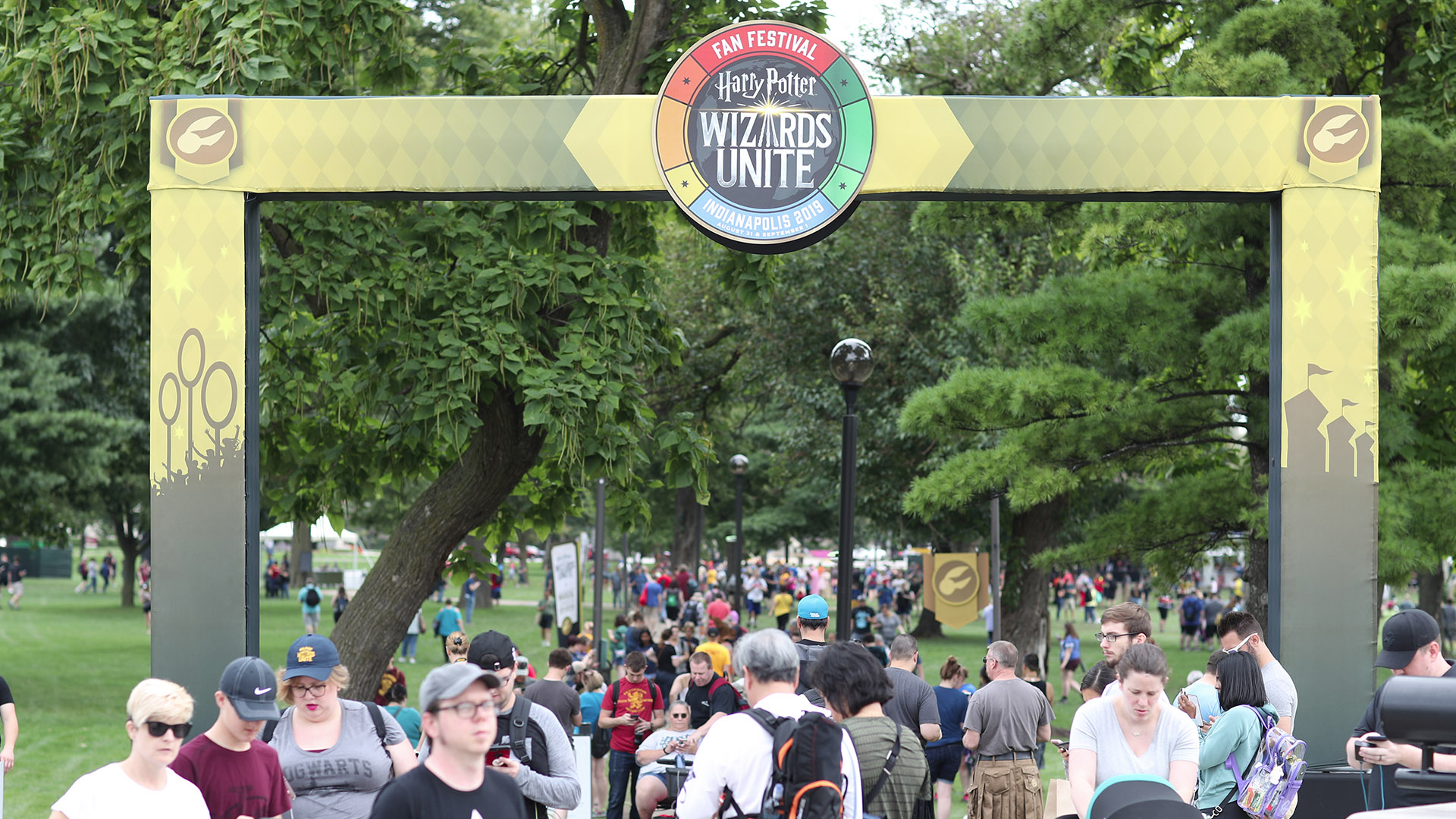 Attendees of the “Harry Potter: Wizards Unite” Fan Festival make their way beneath an archway at White River State Park. 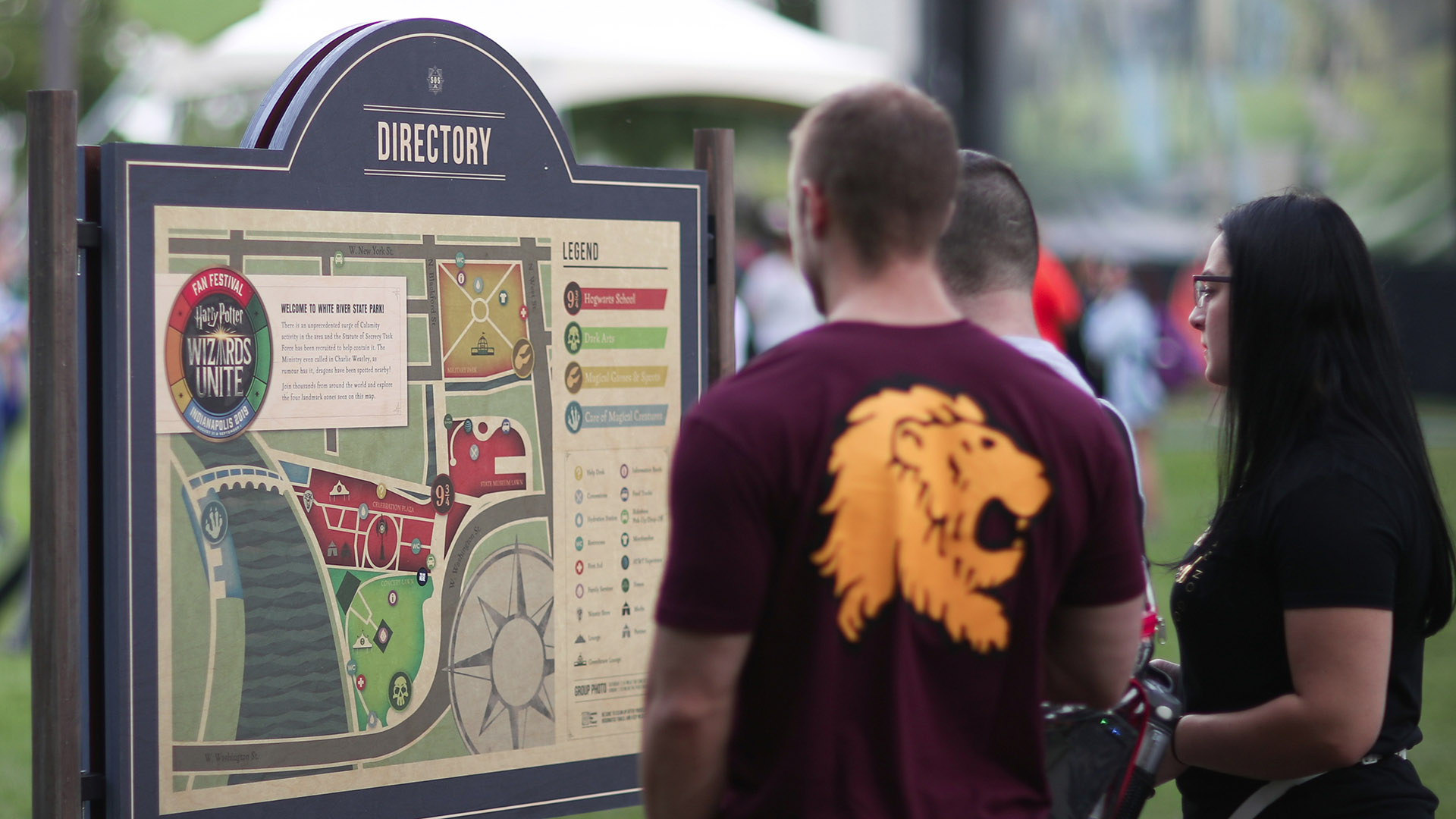 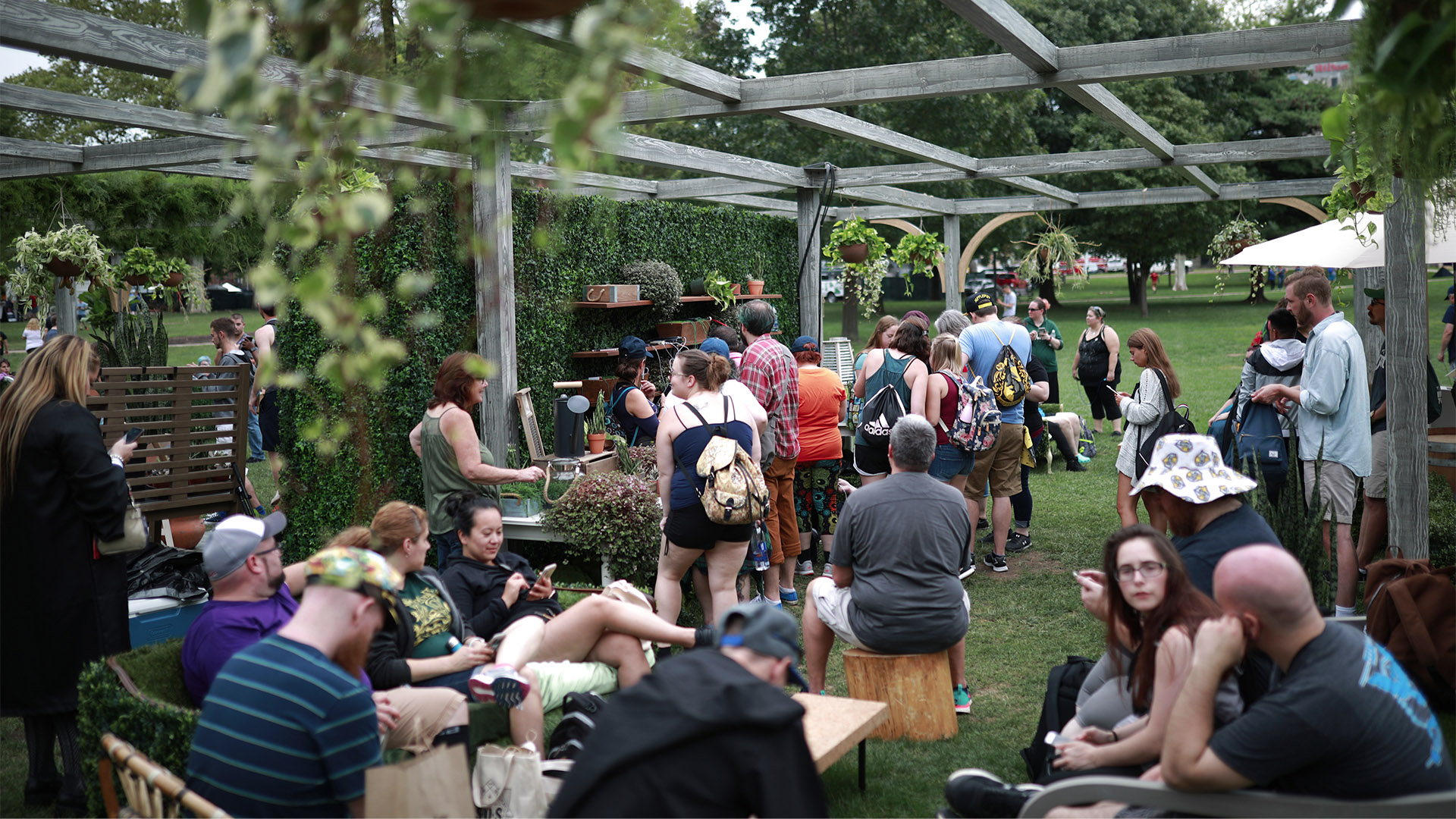 Gamers take a moment to relax and recharge at a Greenhouse lounge. 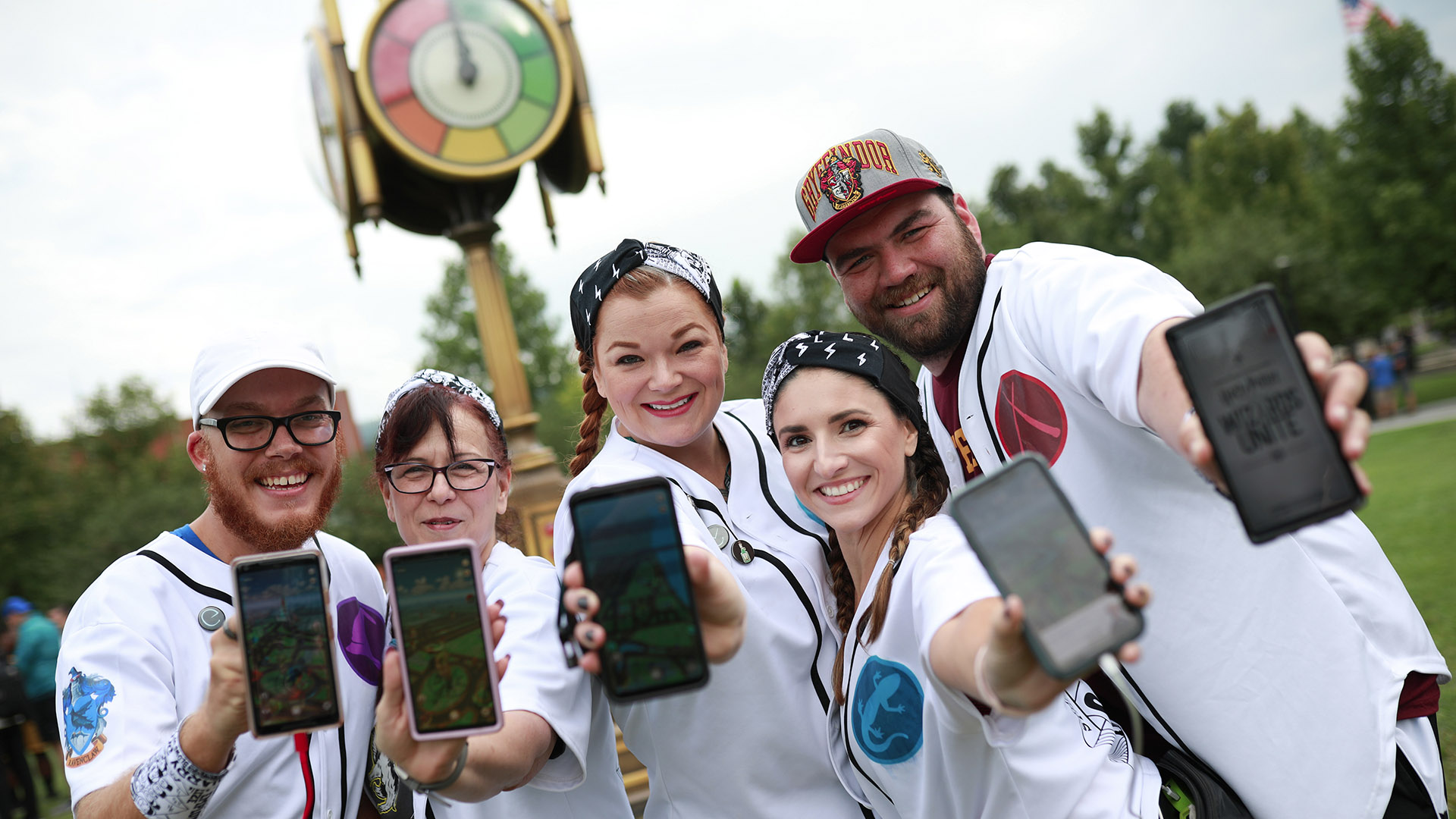 Gamers show off their phones as they hunt for Foundables in White River State Park. 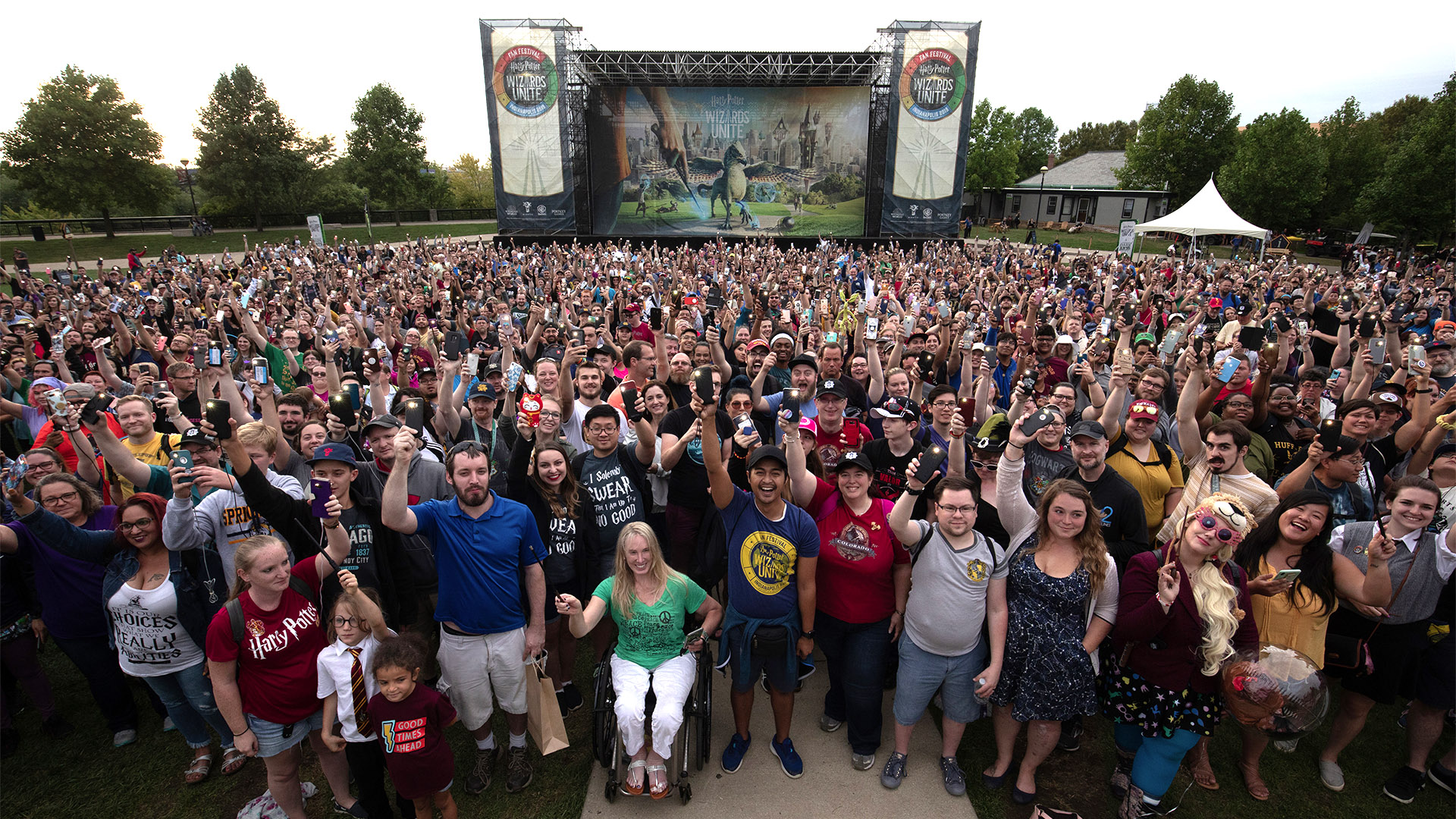 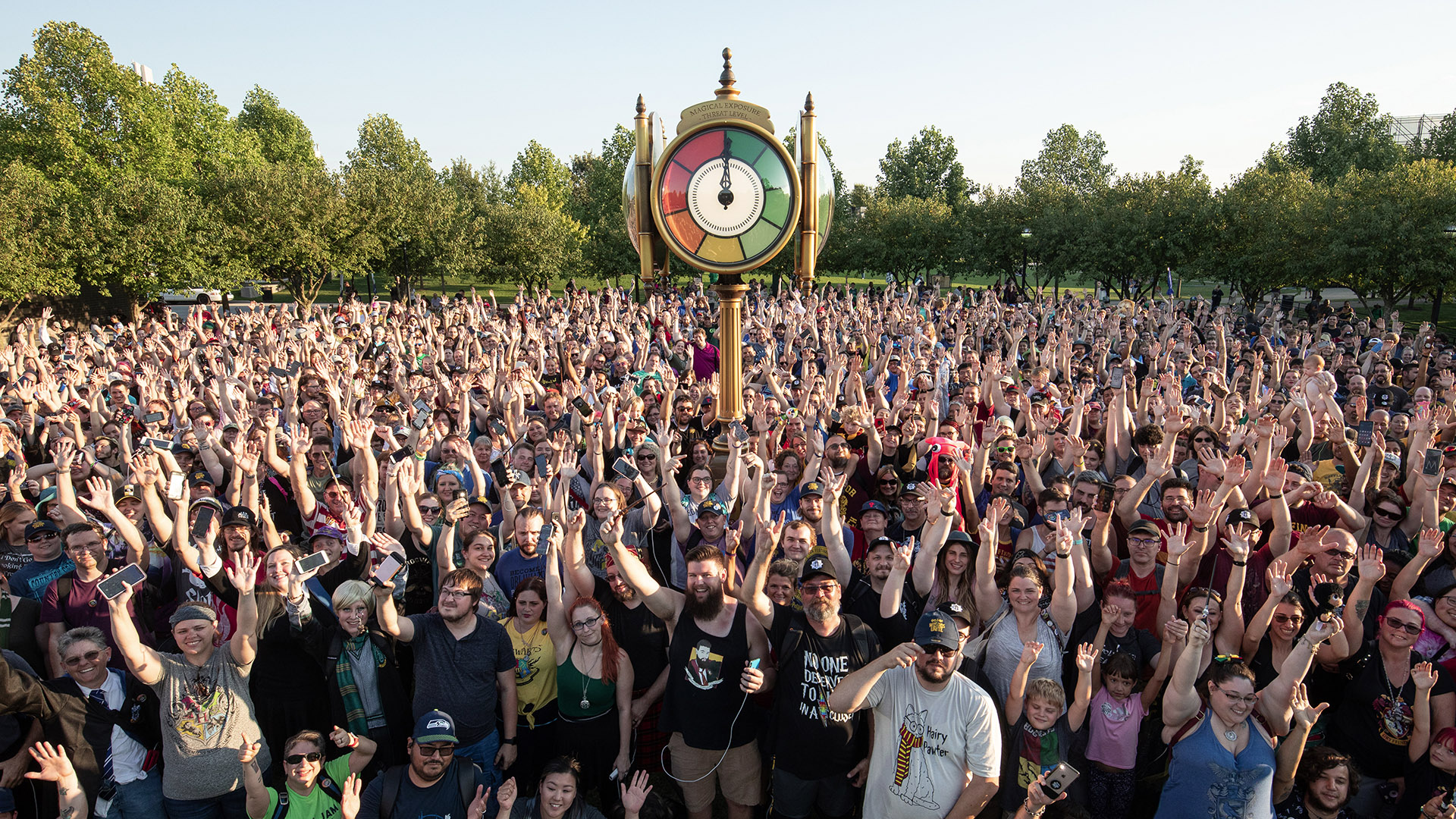 Attendees of the “Harry Potter: Wizards Unite” Fan Festival pose for a group photo around the life-sized Threat Clock. 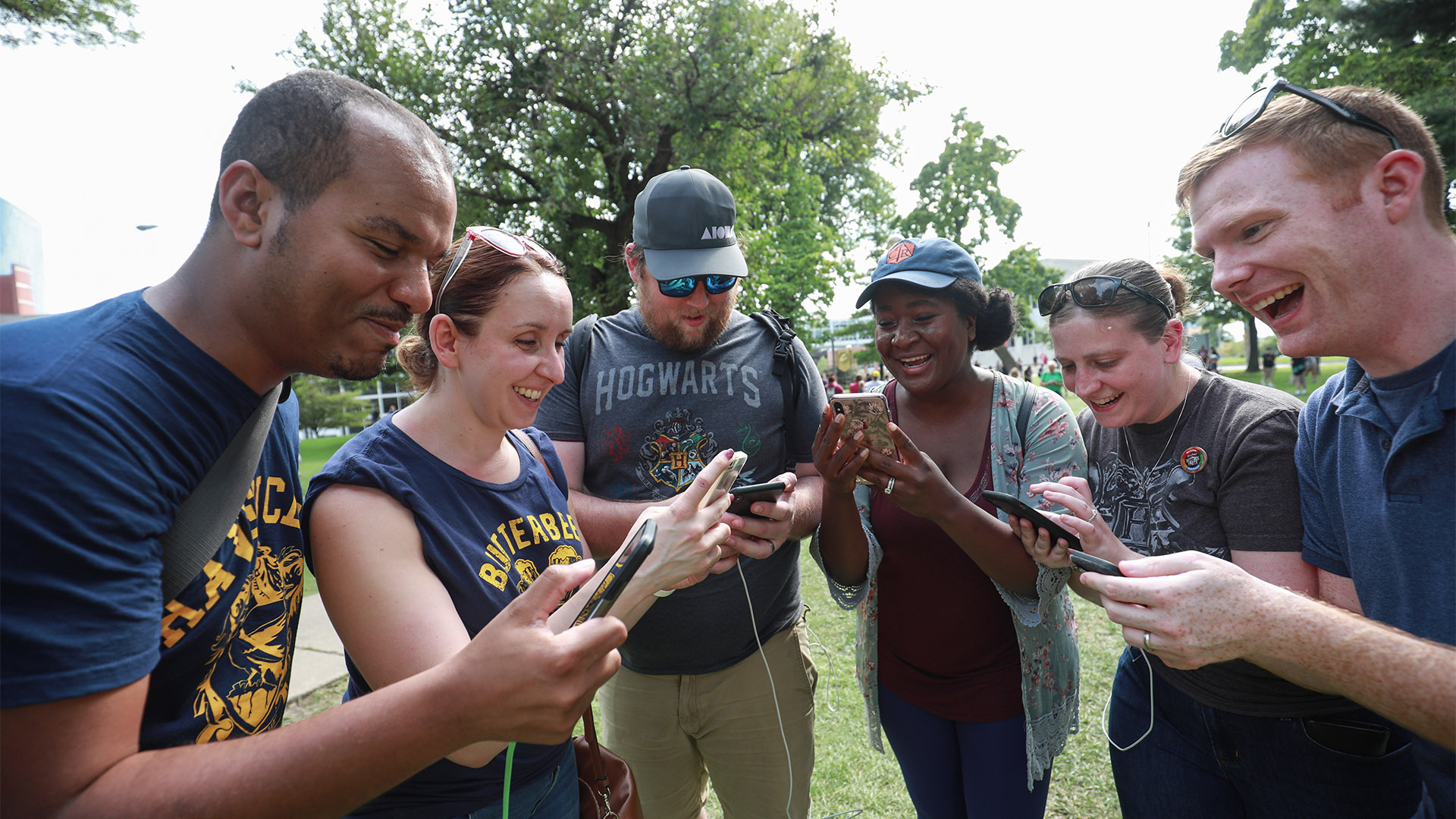 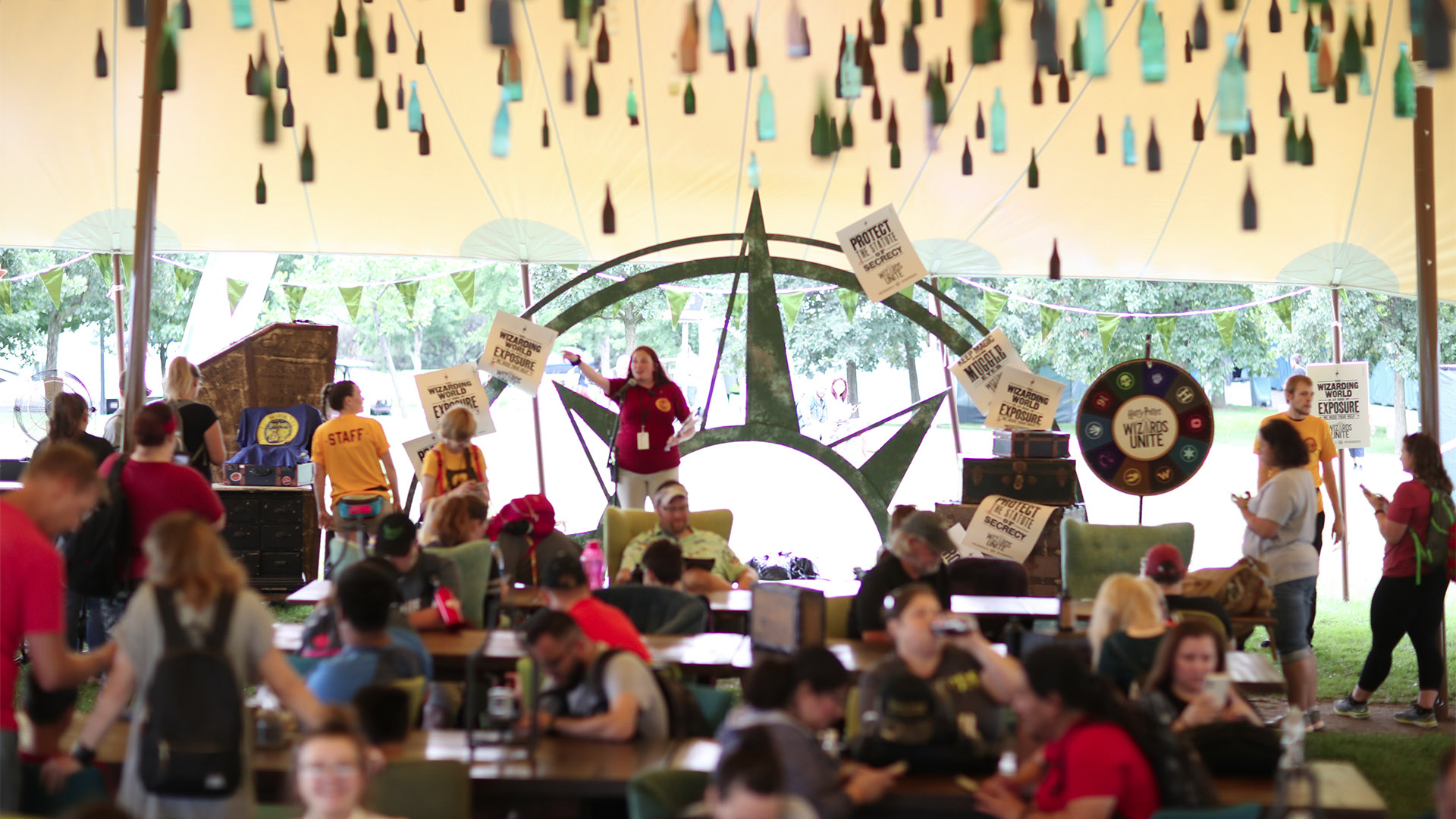 Los Angeles, CA (September 4, 2019) -- Attention, Quidditch fans! Starting September 5, players can play Quidditch in Jam City’s popular RPG mobile game, Harry Potter: Hogwarts Mystery. The new Quidditch feature is an ongoing, multi-chapter and multi-season adventure that is permanently available to all players that have advanced to year 2, chapter 6 and beyond of the game’s story. Complete with all[-]new original characters, unique environments, riveting storylines, fresh gameplay modes, and an engaging narrative, this new addition to the game is the largest feature and content update since the game’s launch in April 2018.

“Quidditch is one of the most iconic parts of the Hogwarts school experience and something our players have been clamoring for,” said Michael Brozman, Sr. Director of Product at Jam City. “We’ve added in a fun and challenging new skill-based mechanic alongside some very captivating characters who are new to the world of Harry Potter: Hogwarts Mystery. As a permanent fixture in the game, we couldn’t be more excited to bring this ongoing, multi-chaptered adventure to players, season after season.”

Season 1 of the new Quidditch adventure debuts on September 4 at 1PM PST [sic], whereupon players will be invited to participate in practices, known as “Quidditch Friendlies,” in order to hone their skills. Throughout the seasons, players will unlock new moves – such as Parkin’s Pincer or a Quaffle pass – as they progress through the positions of Chaser, Beater, Keeper, and Seeker. Their ultimate performance in the Quidditch Cup Matches will determine their team's success. Prizes include special brooms, [H]ouse-themed face paint, and iconic Quidditch uniforms once they make the team.