LeakyCon Boston 2019: A Recap of the Final Day

Sunday, October 13, marked my first trip to LeakyCon while it was in my hometown of Boston, Massachusetts, to mark its ten-year anniversary back in the city where it first began.

I first sat in on the MuggleCast Live! panel. Podcast hosts Eric Scull and Micah Tannenbaum welcomed Harry Potter film actor Chris Rankin (Percy Weasley), onstage for a live recording of MuggleCast. The live episode started off with a discussion of how the Harry Potter books and films have inspired travel tourism. Topics of discussion included the historical sites in Salem, Ilvermorny School of Witchcraft and Wizardry, and what Ilvermorny House Rankin thought he might get Sorted into. Following the live recording of MuggleCast, I decided to check out the LeakyCon Marketplace to eyeball the range of Potter merchandise on sale. Not only did I encounter some fantastic cosplayers while milling around the different vendor tables, but I also ended up buying specific pieces of artwork. What most stood out to me were the prints by Woodside Illustrations, especially the panoramic prints of Hagrid and Harry entering Diagon Alley and Hogwarts Castle. Several little hidden details were pointed out to me in each of the two prints I ended up purchasing, and adding in hidden details was a common theme that I noticed among the different vendors I spoke with. 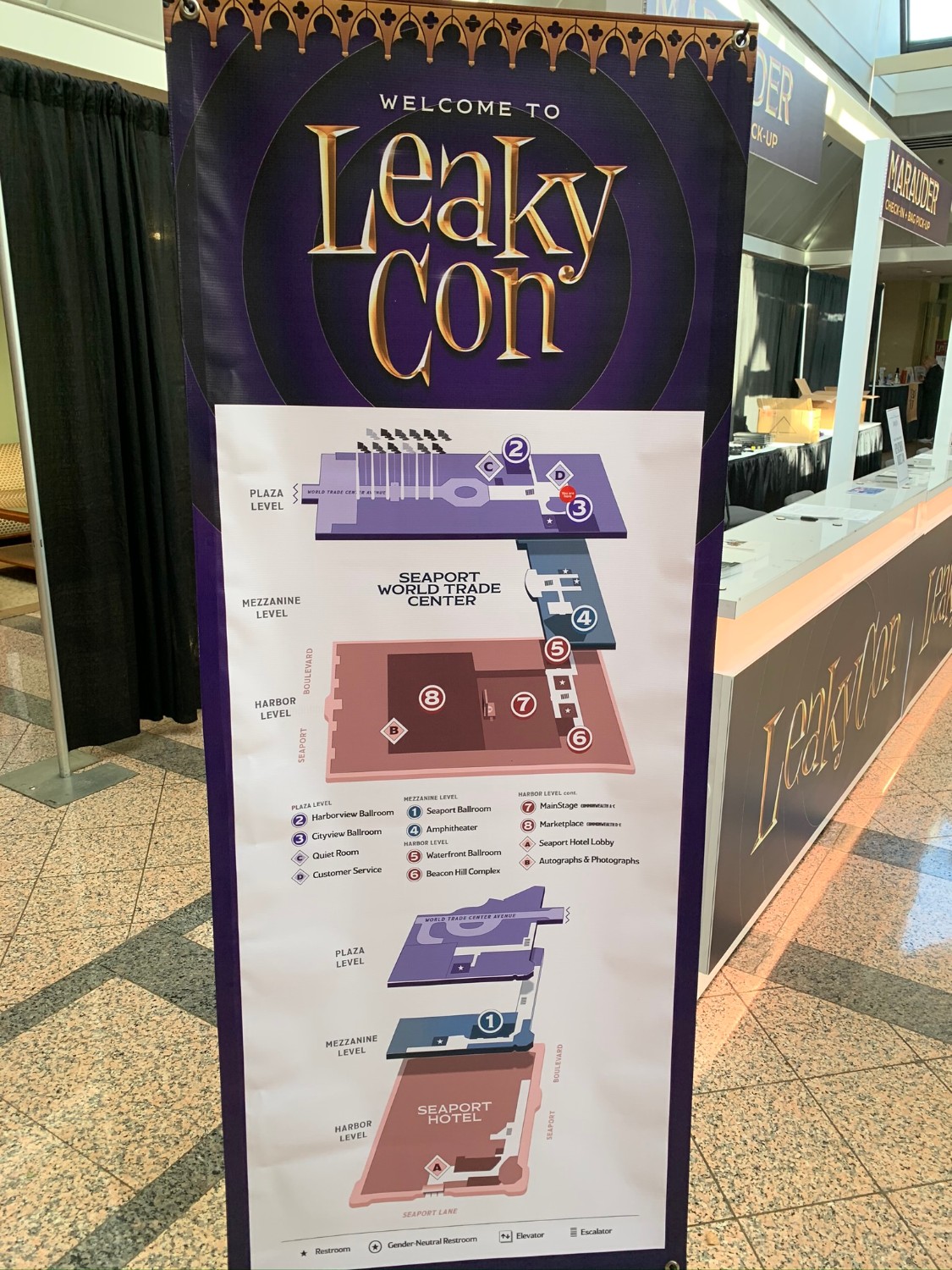 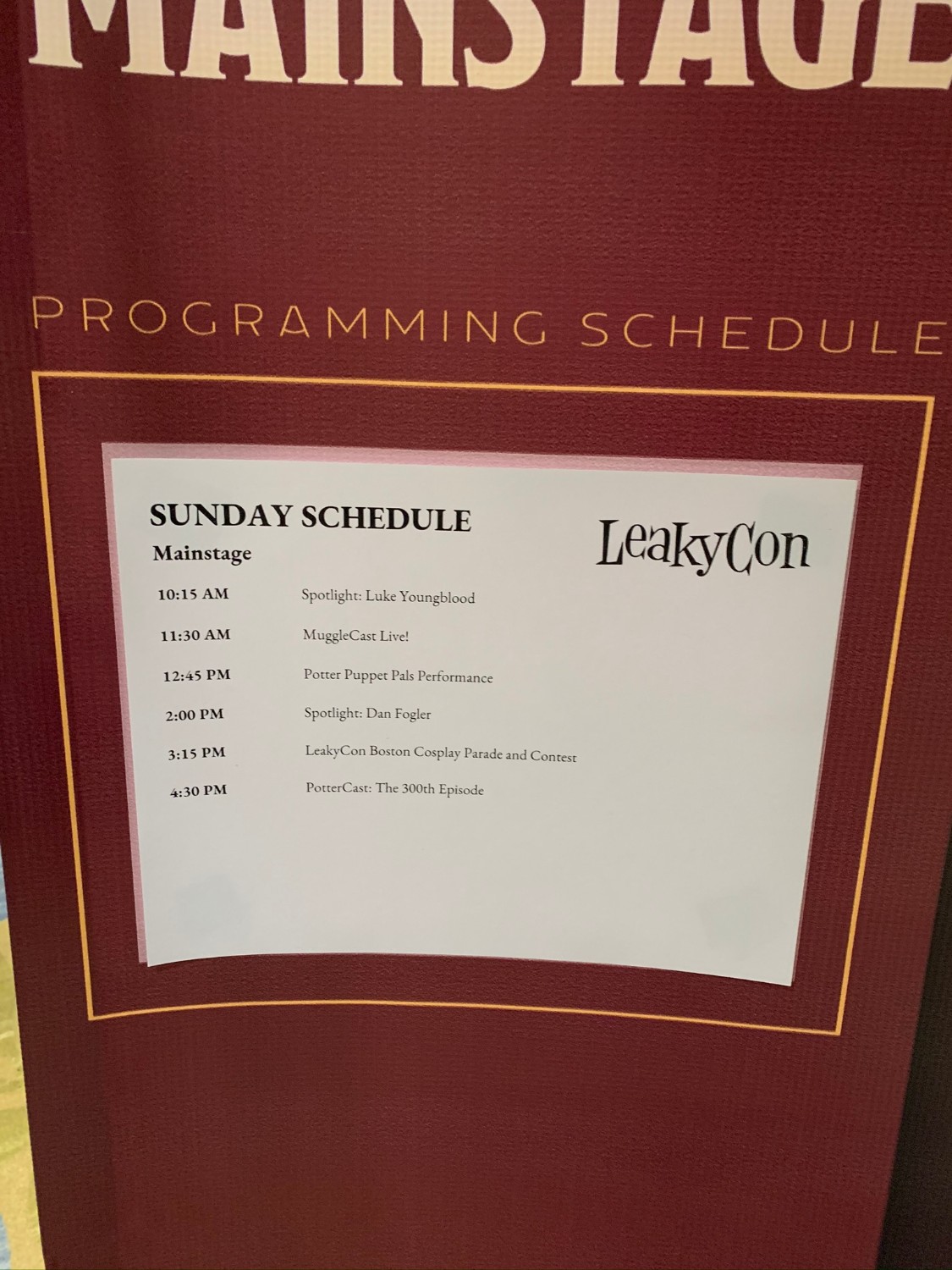 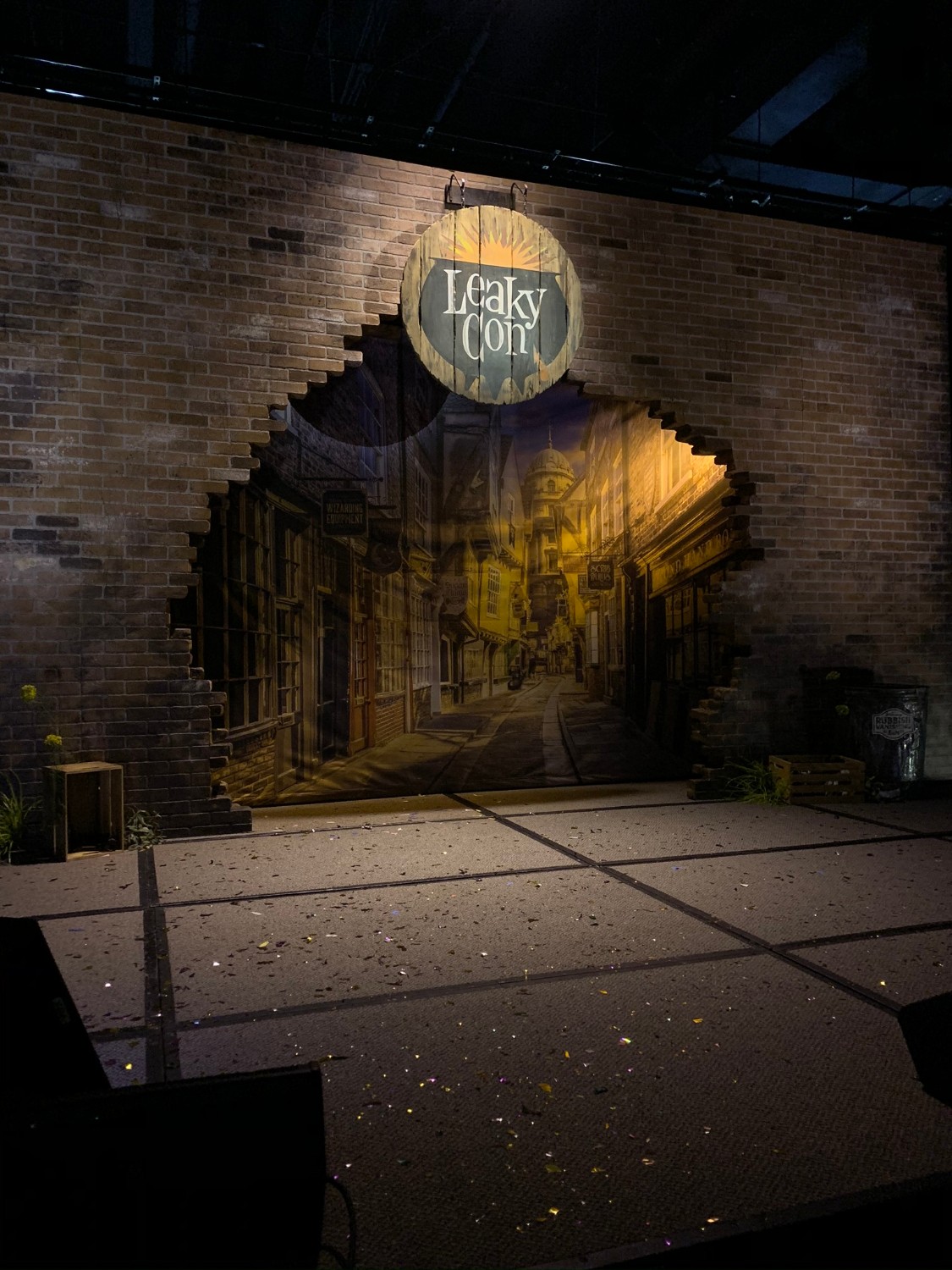 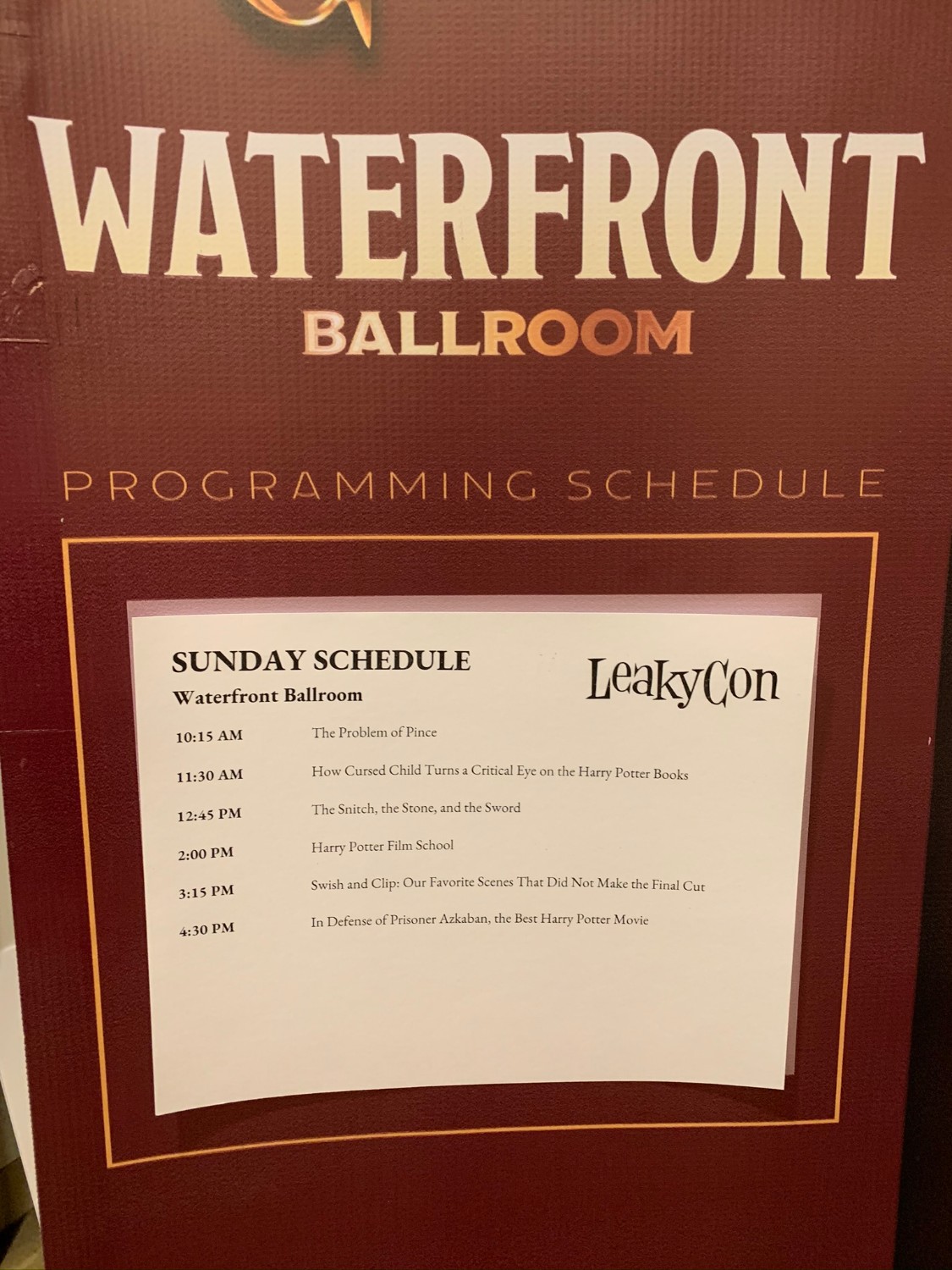 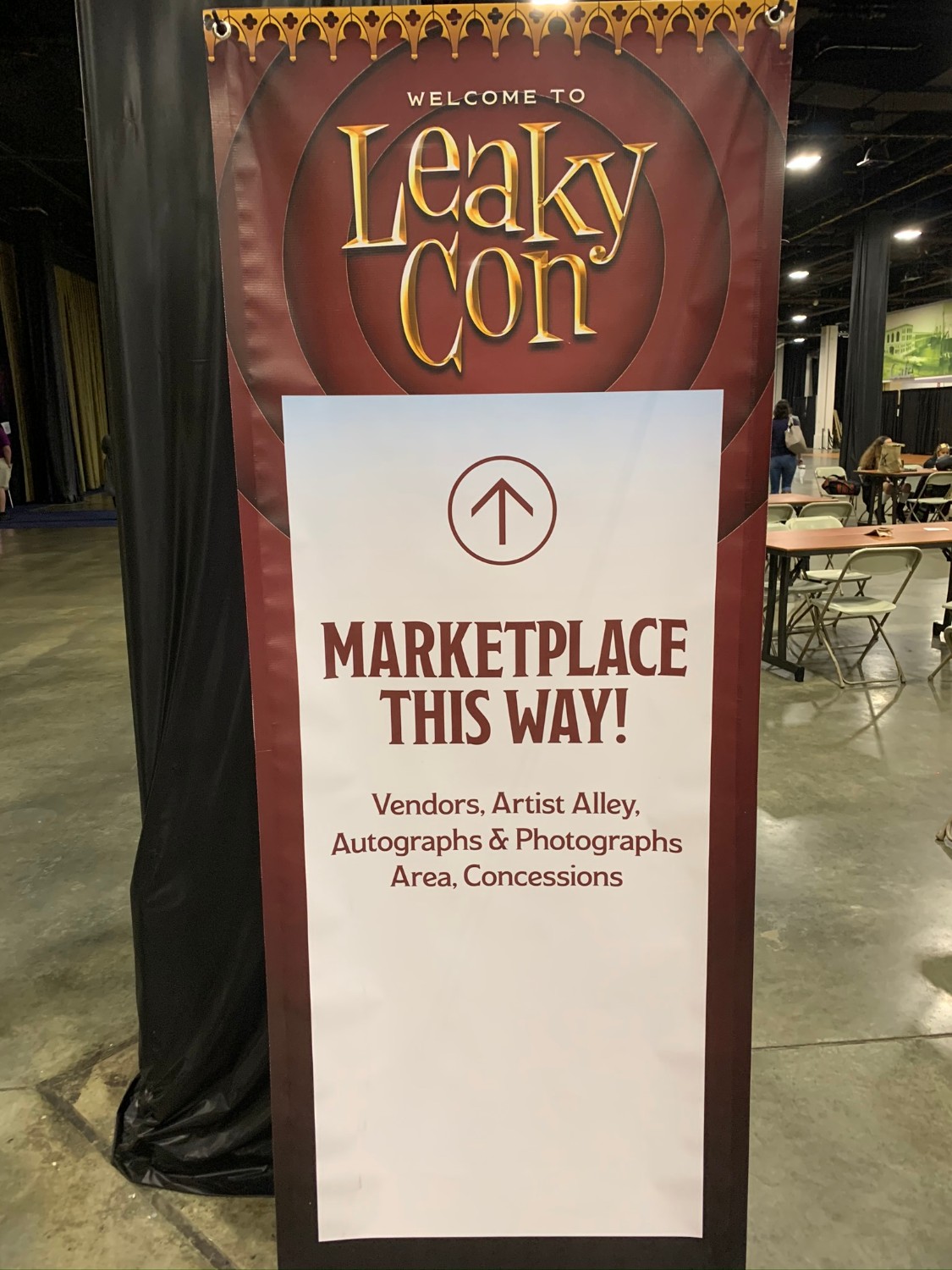 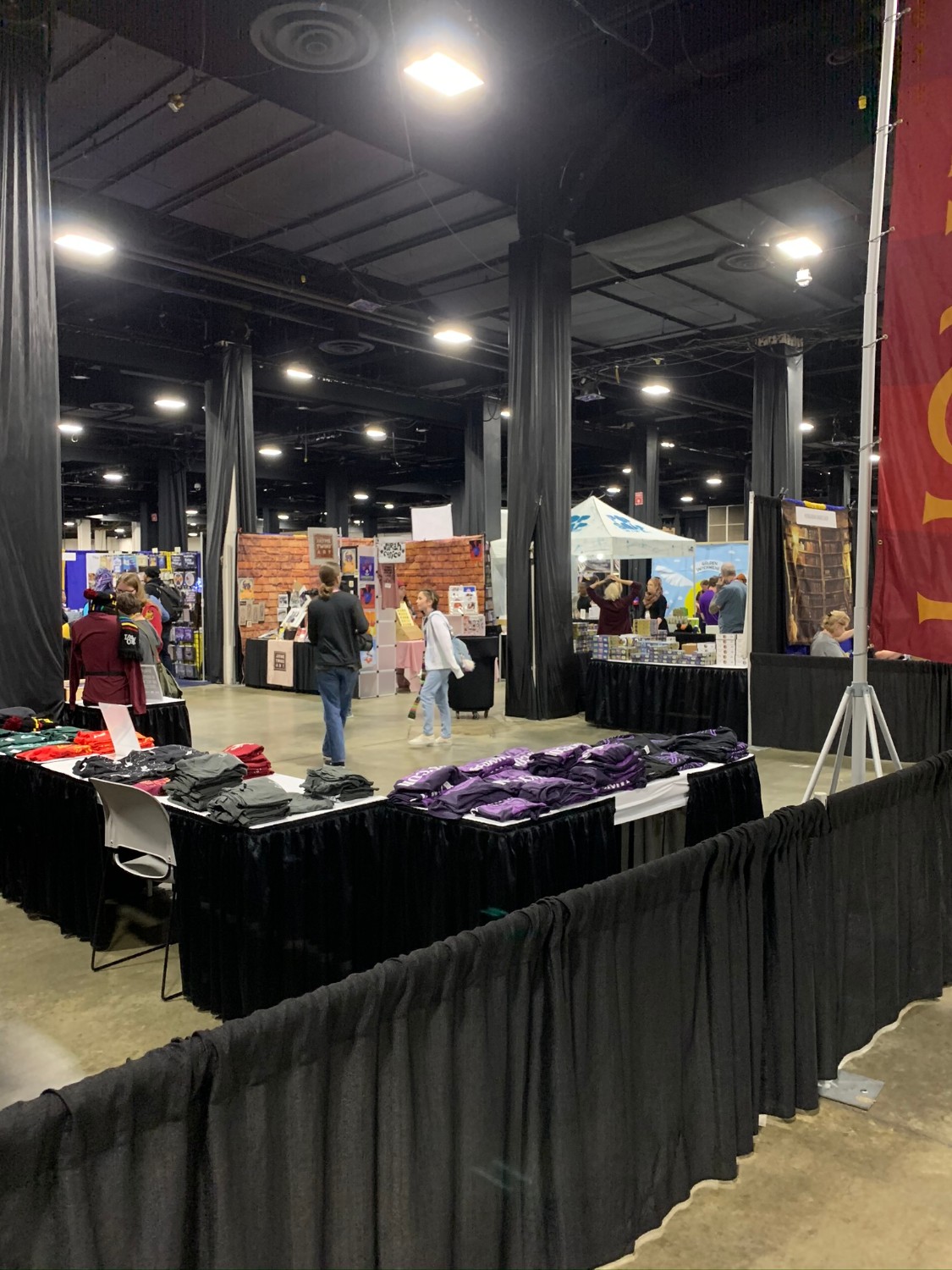 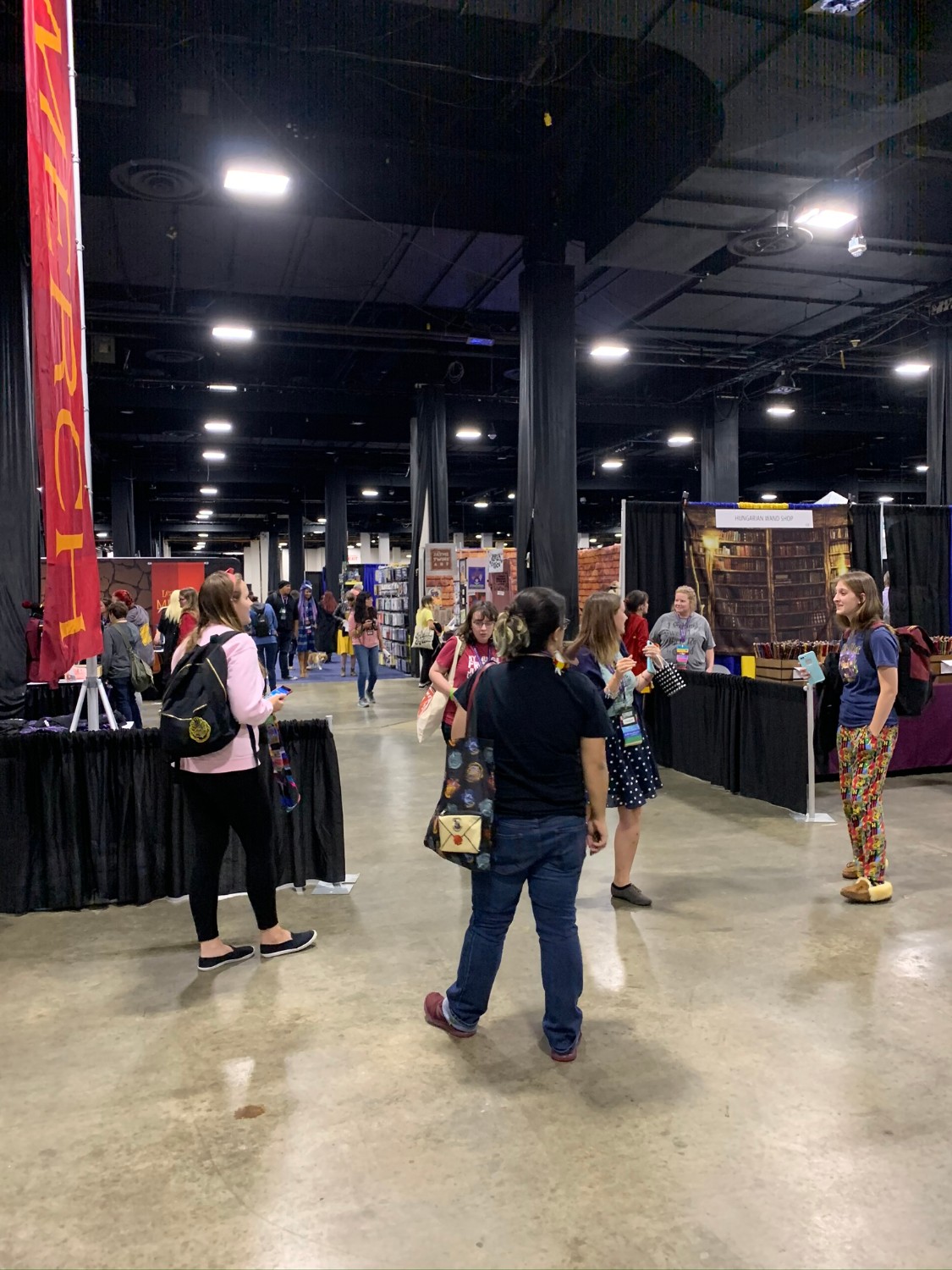 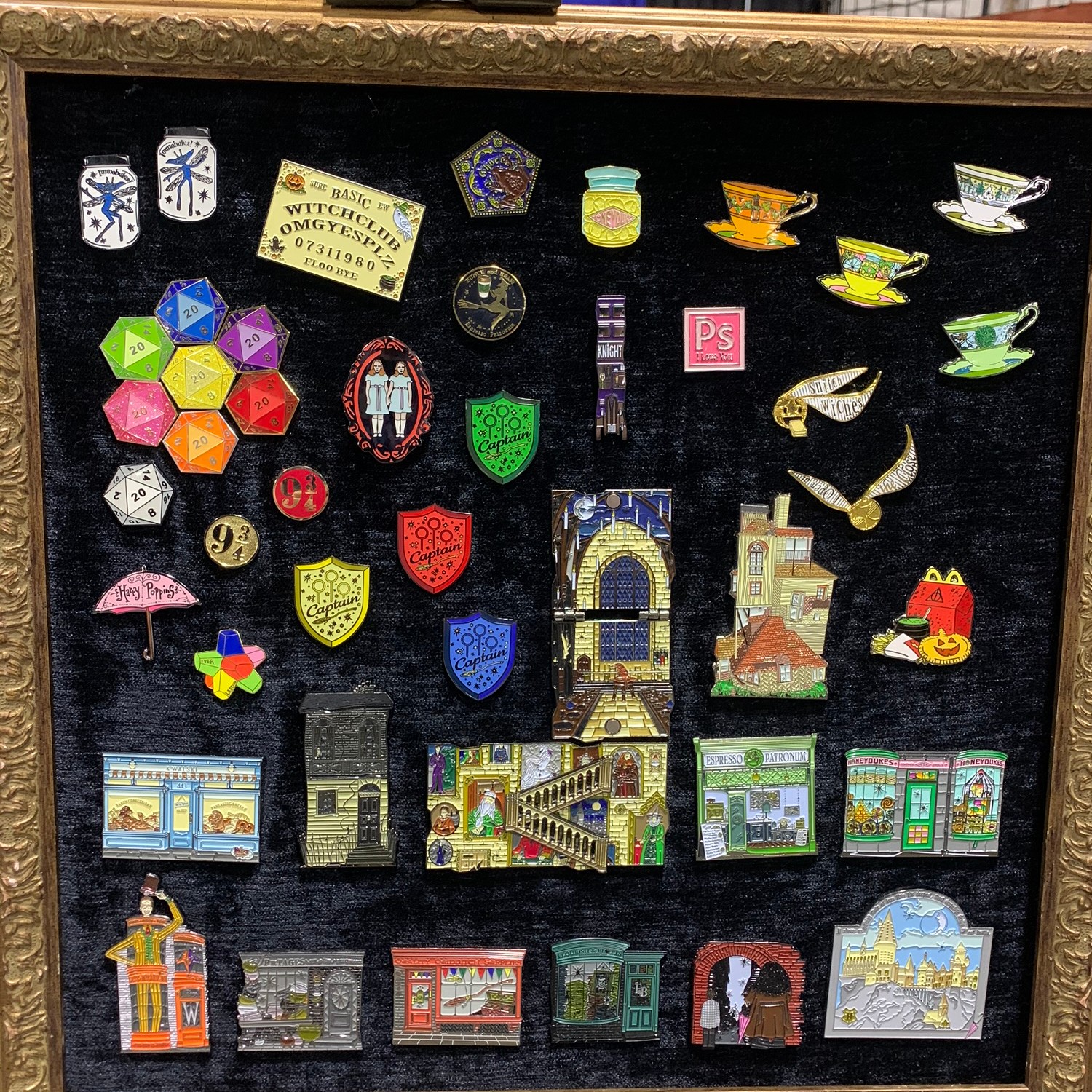 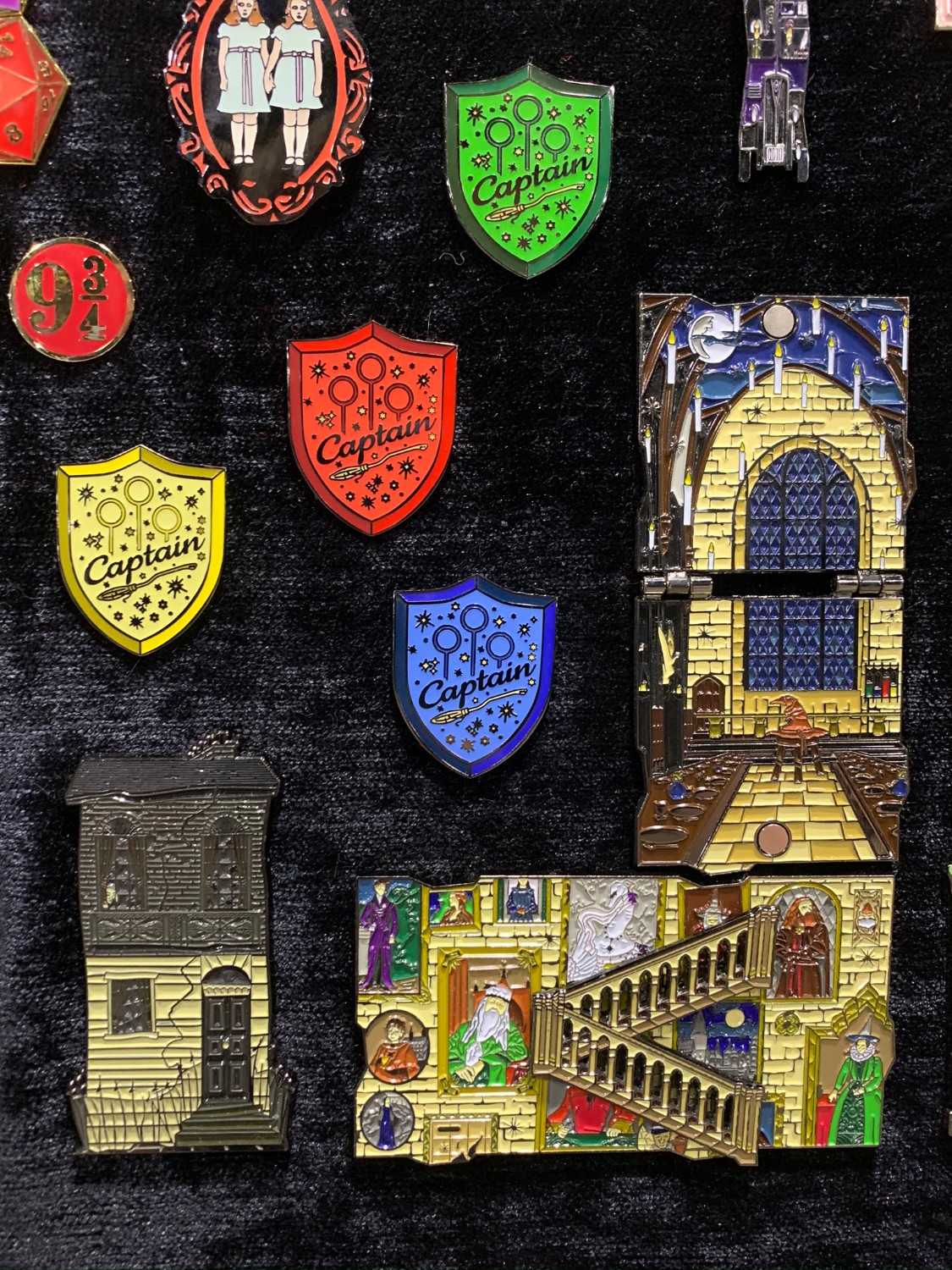 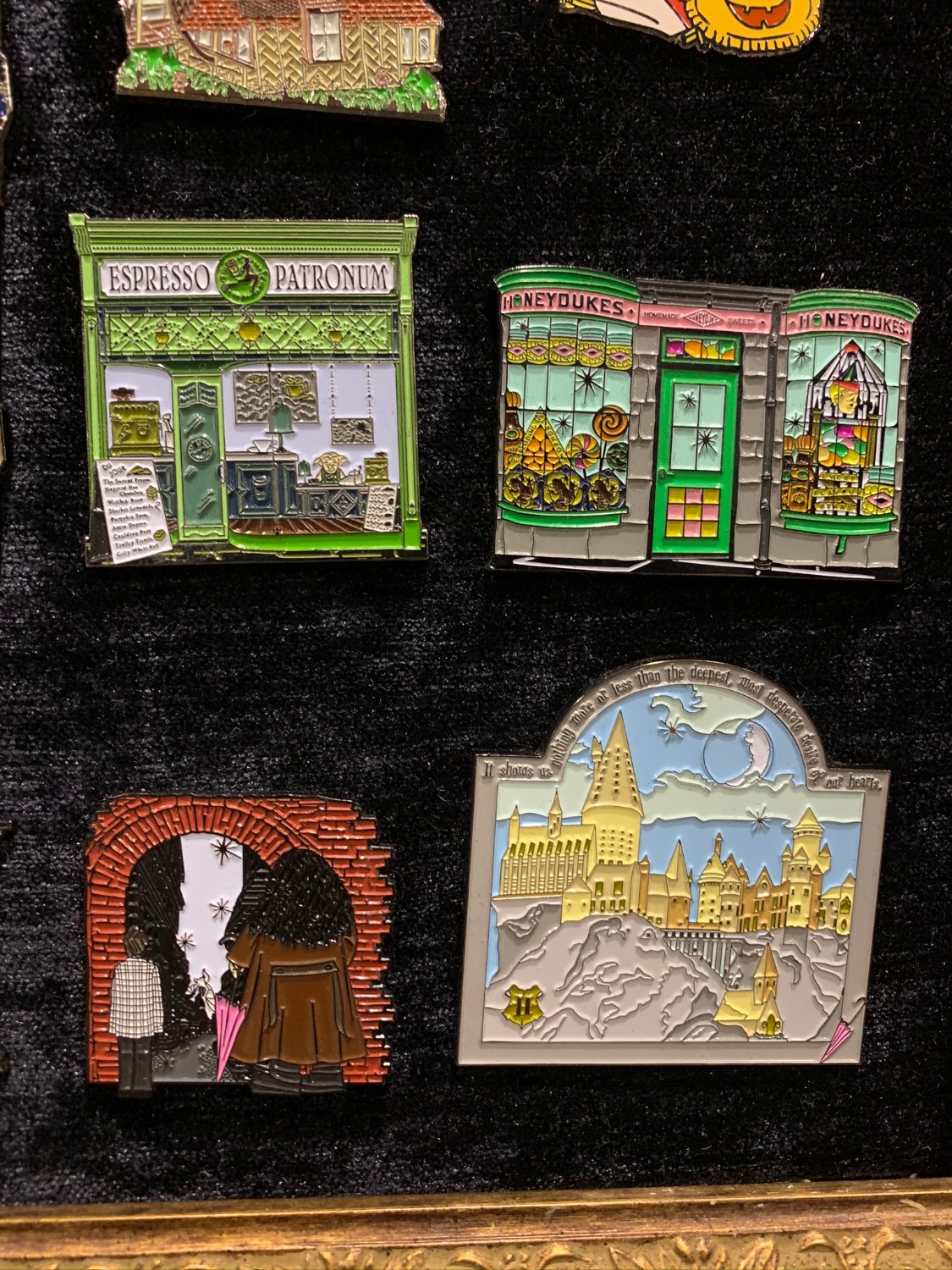 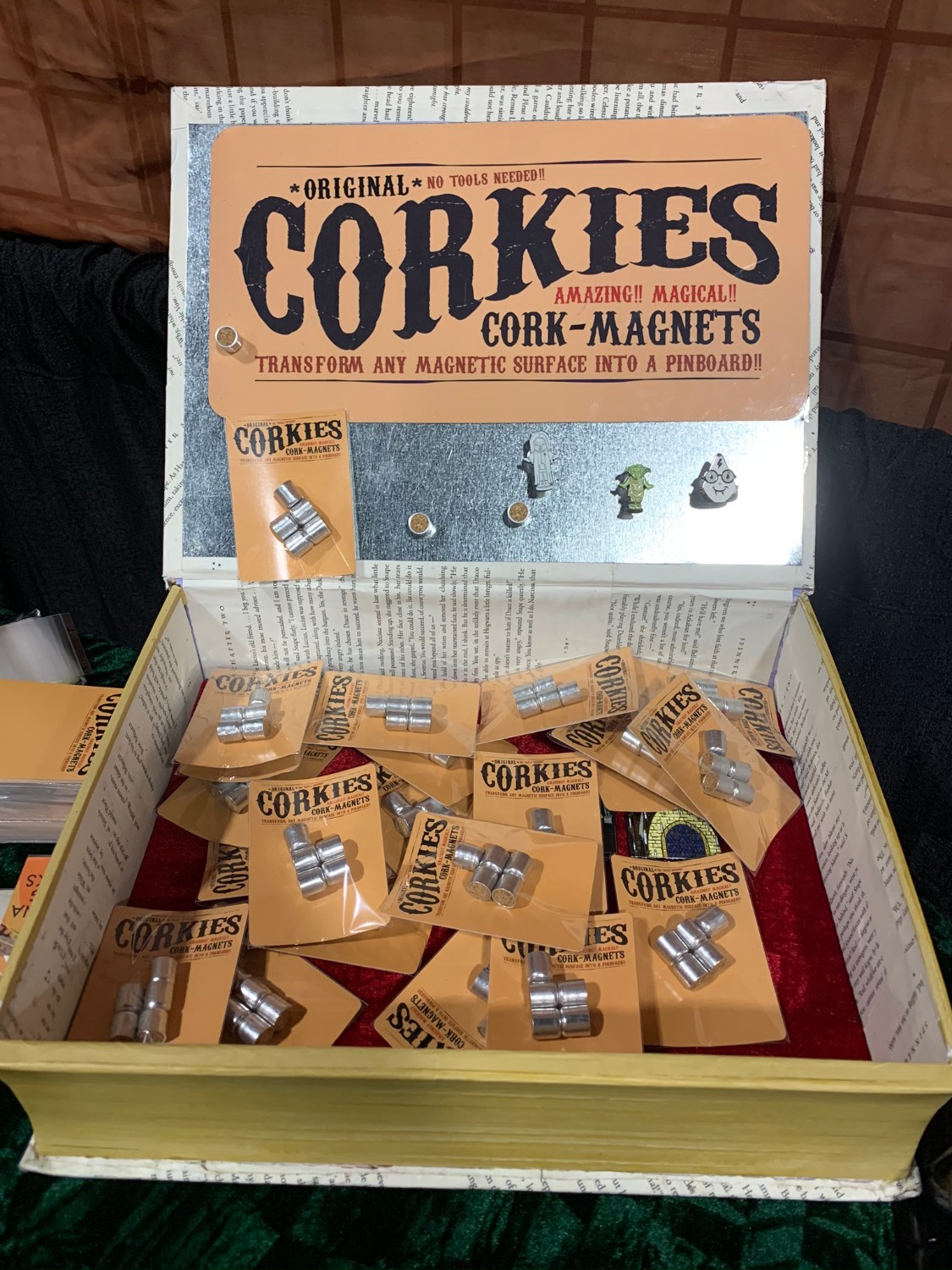 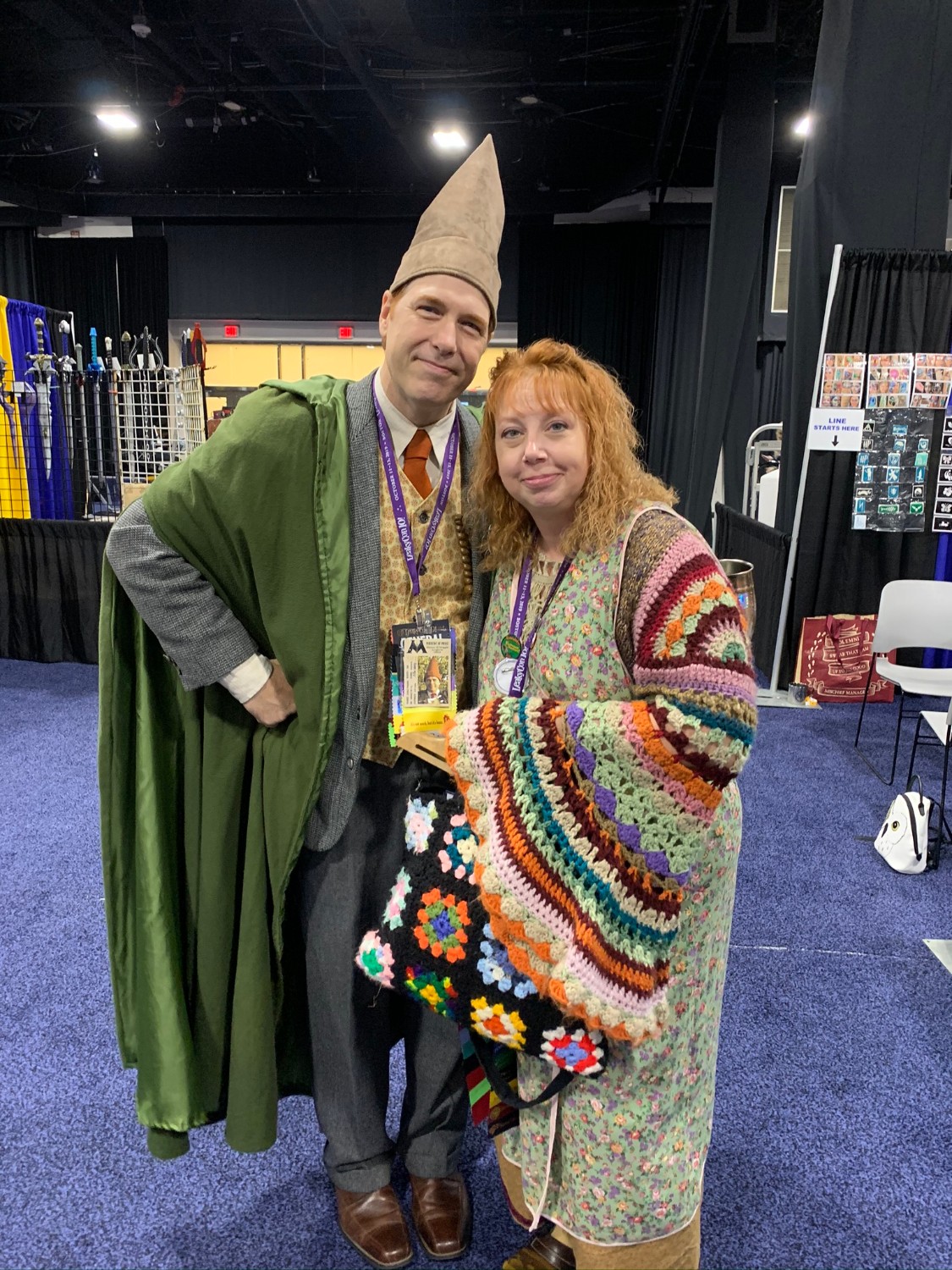 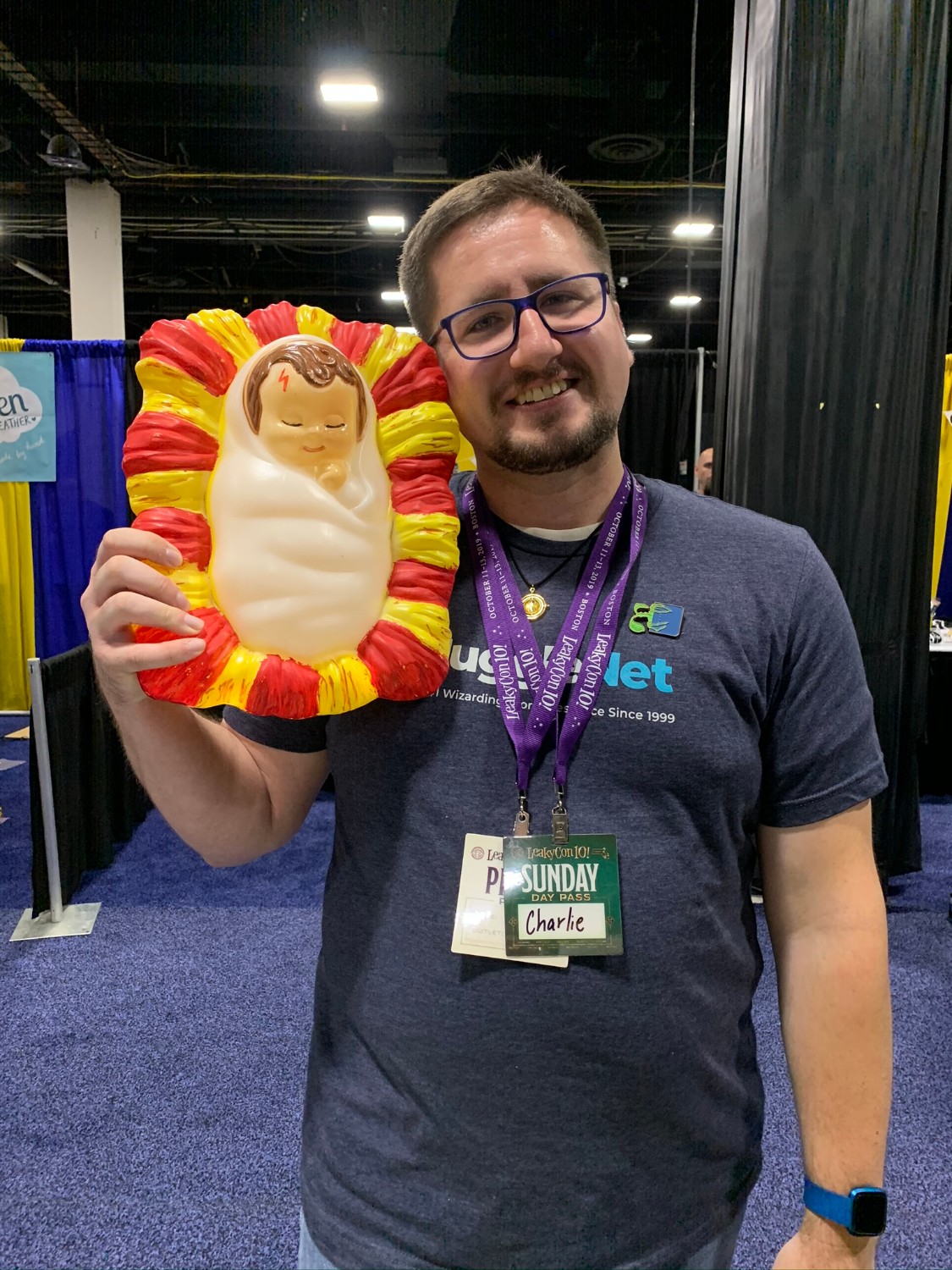 Nativity Harry by Steph Anderson of Tonks and the Aurors 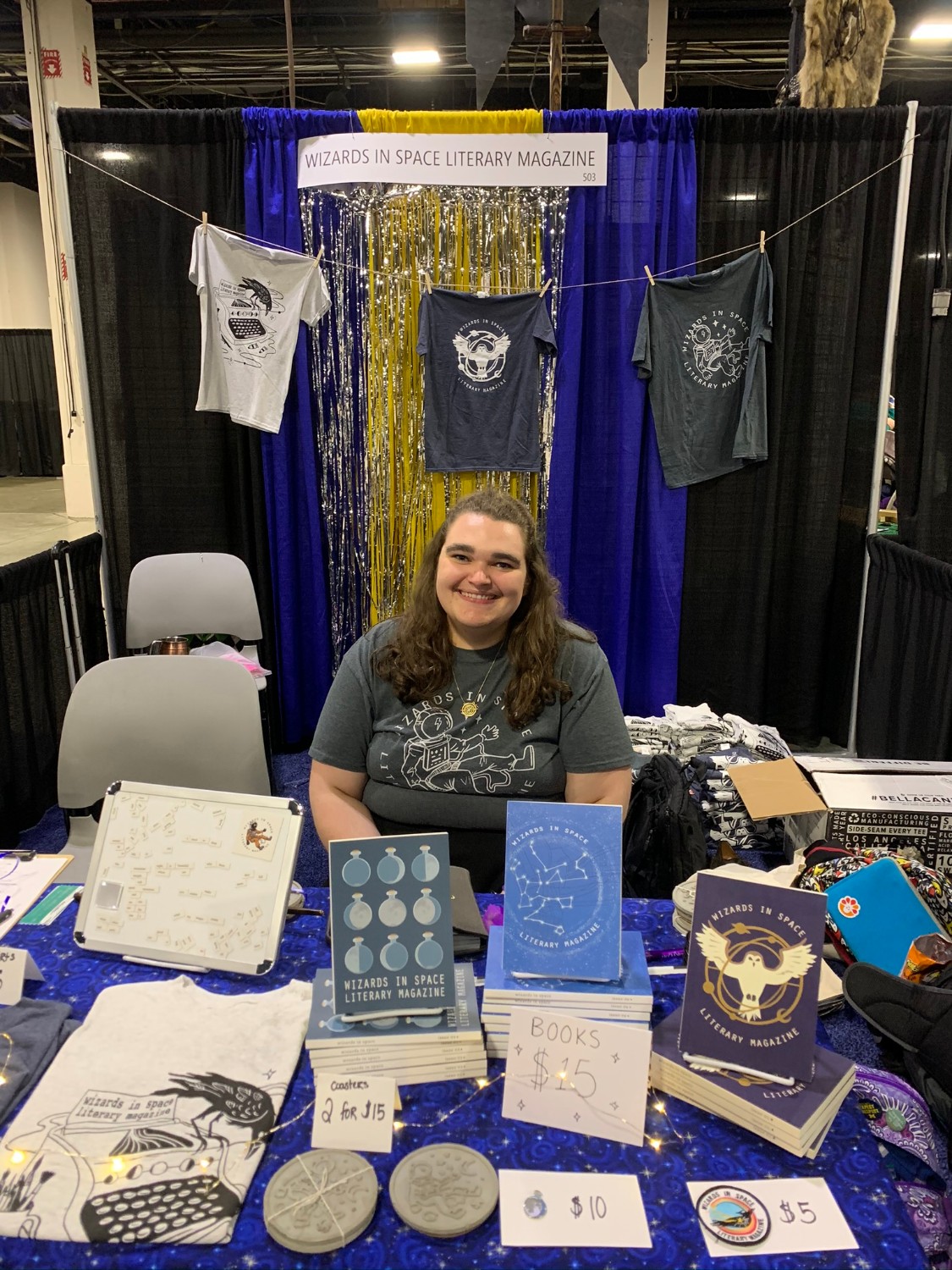 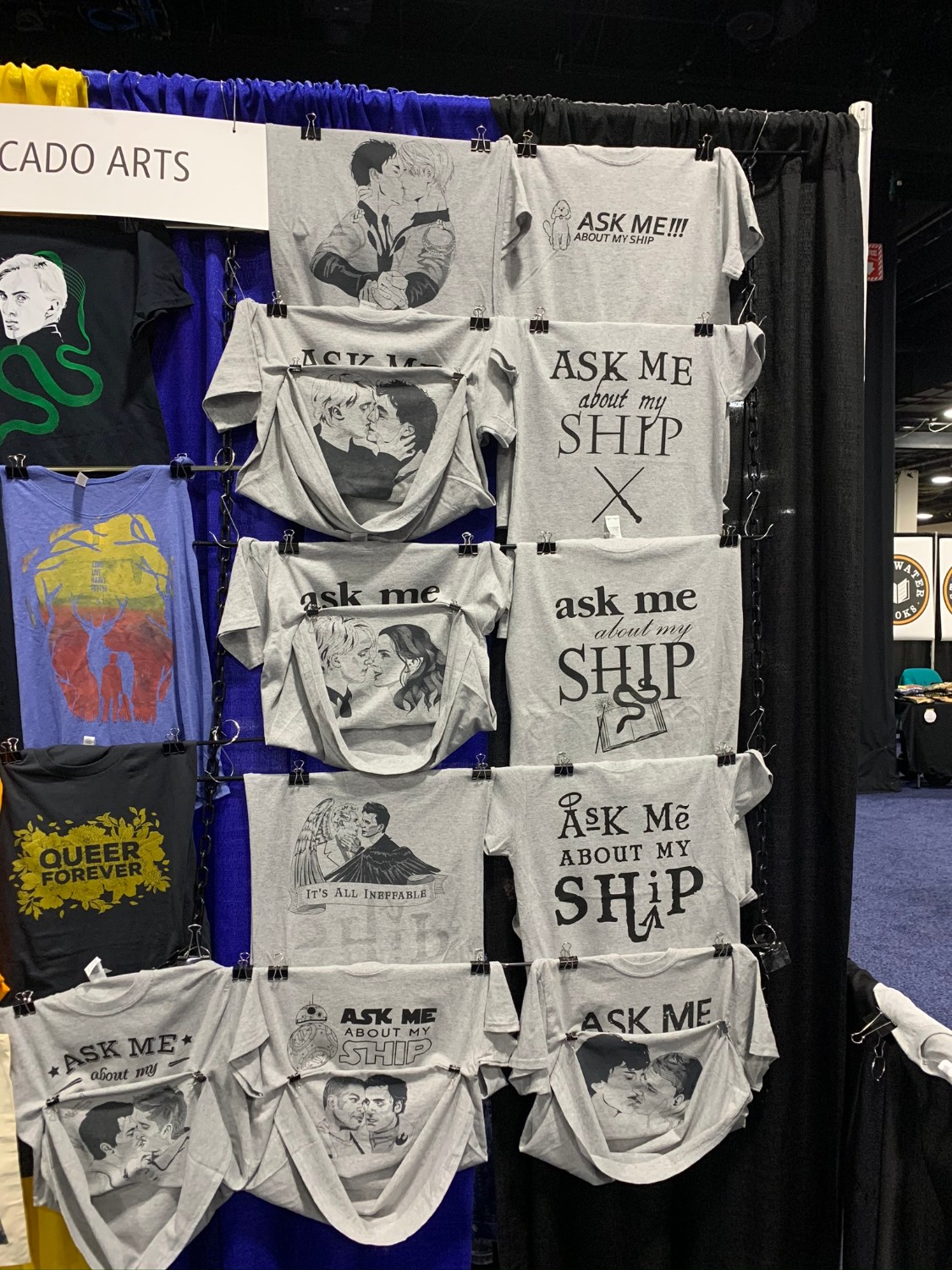 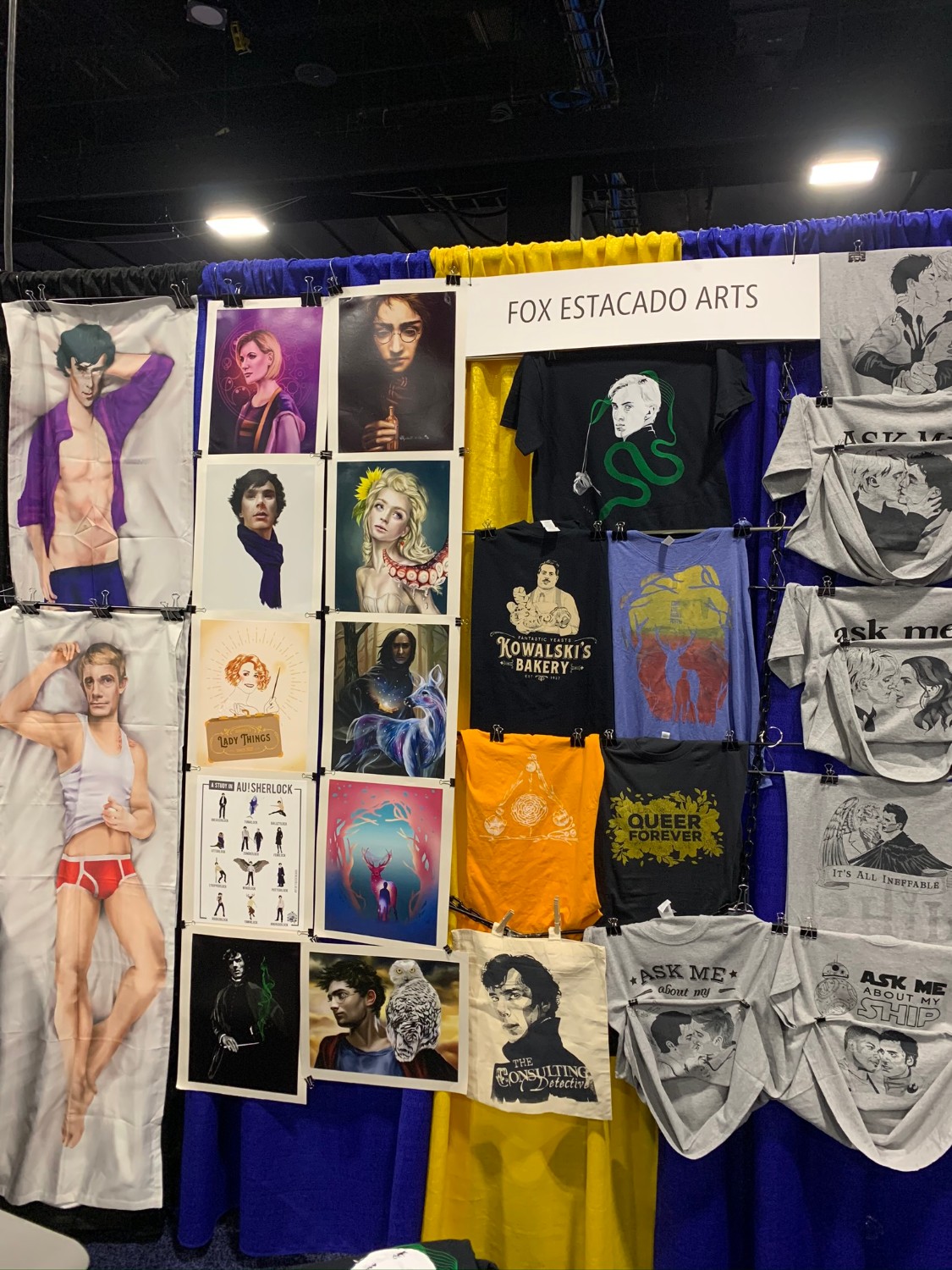 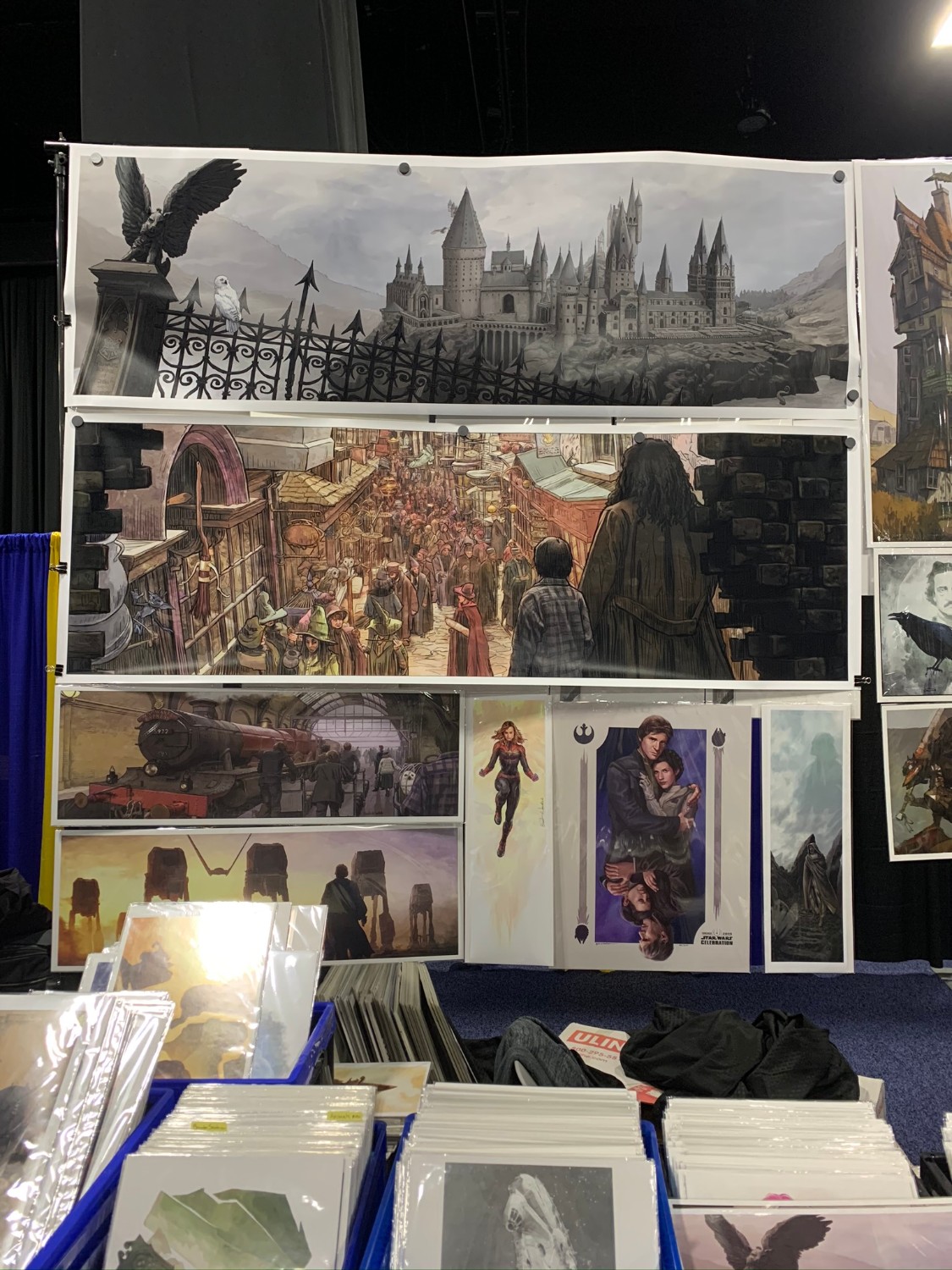 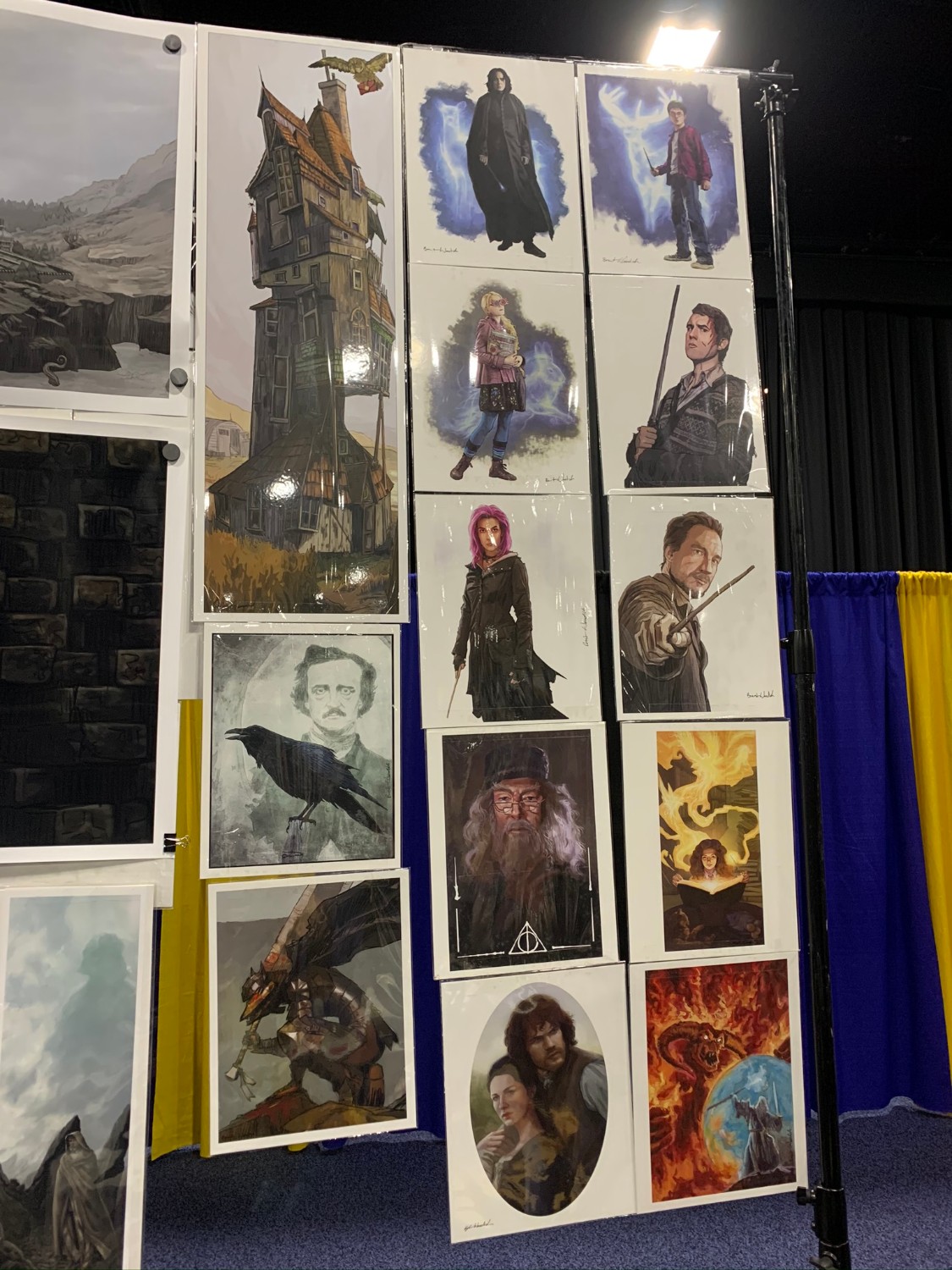 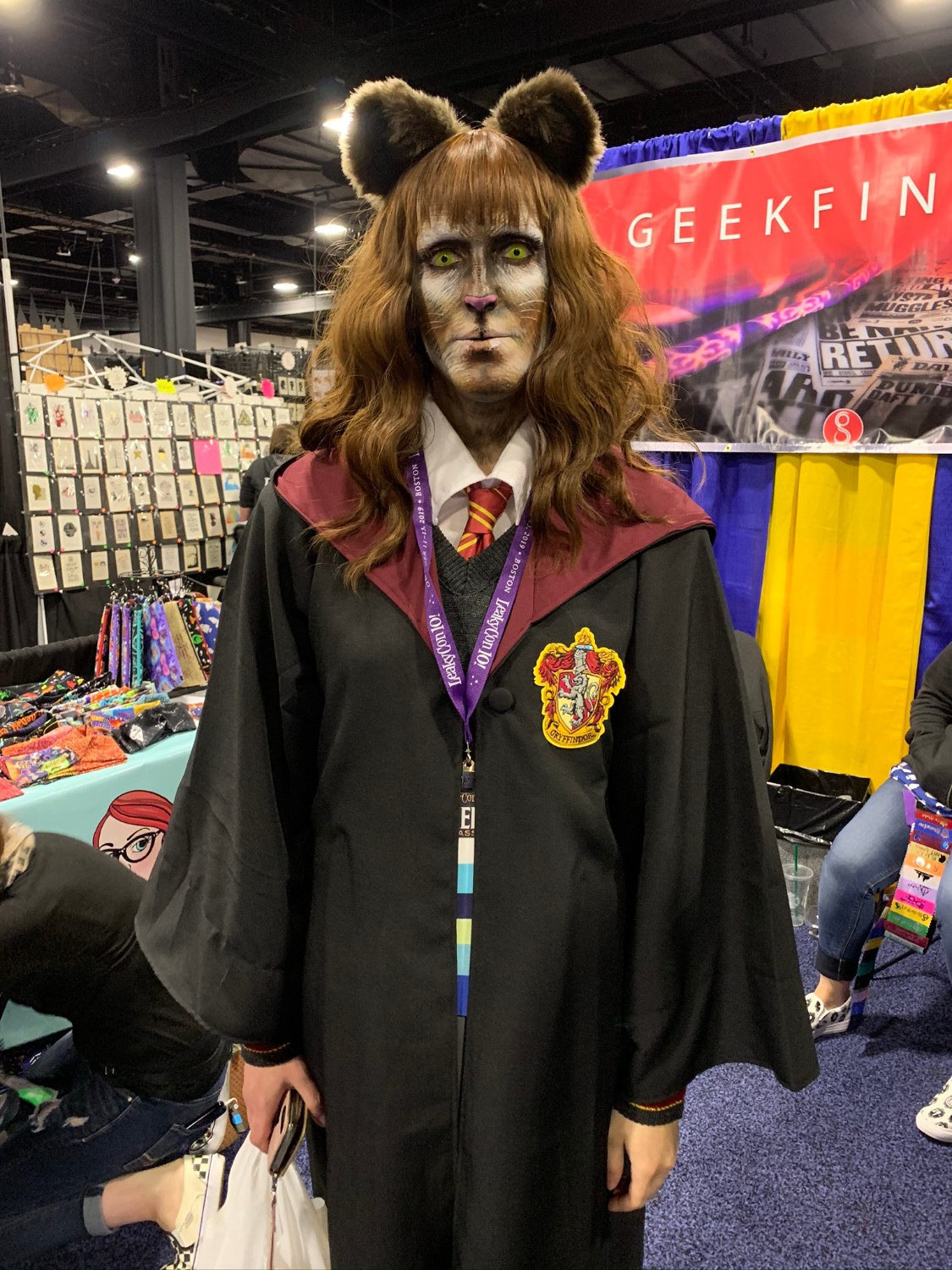 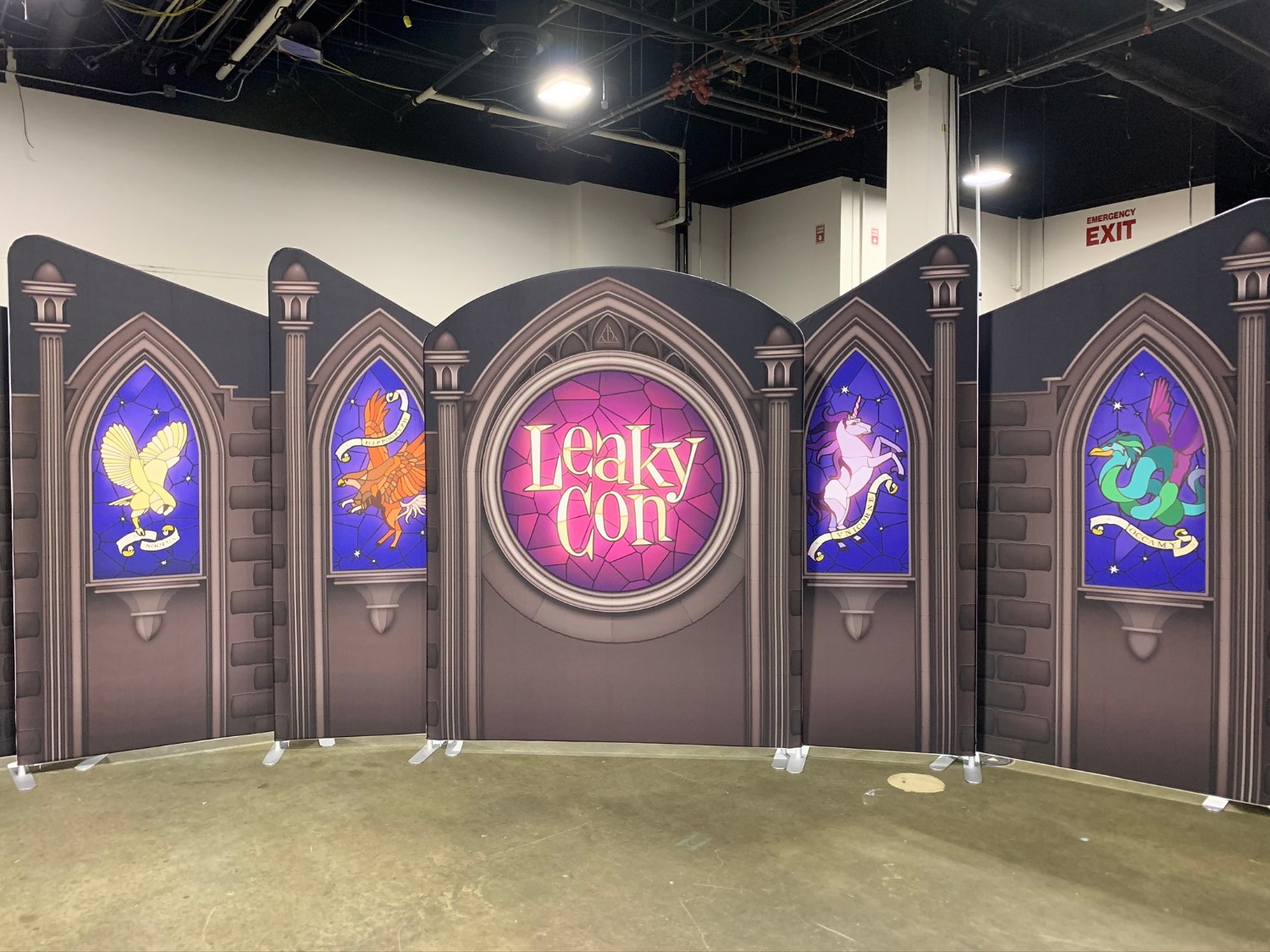 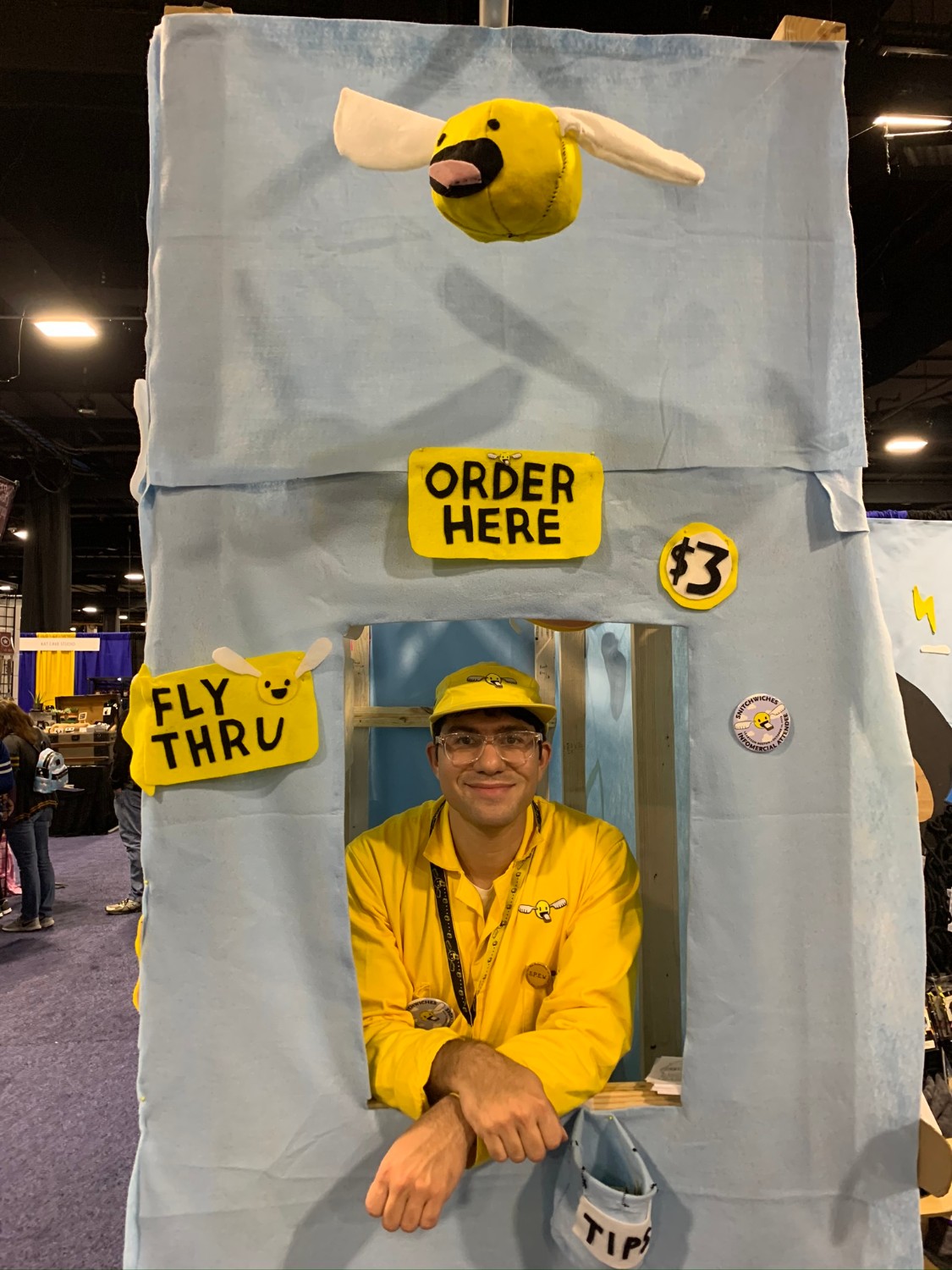 Golden Snitchwiches stand and Joe DeGeorge of Harry and the Potters 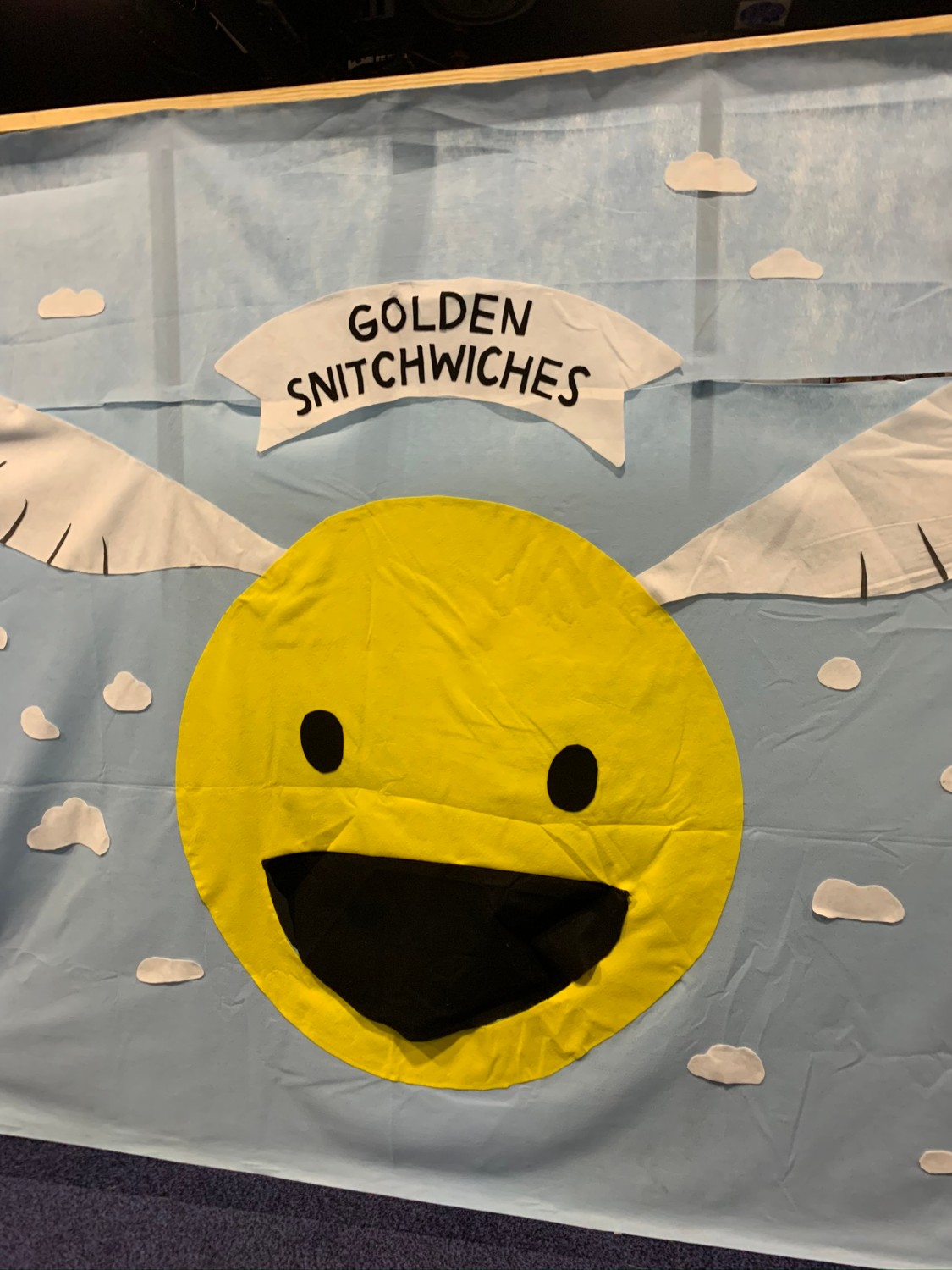 After wishing I had more eyeballs in the Marketplace, I next sat in on the Spotlight: Dan Fogler panel. Dan Fogler, who portrays Muggle Jacob Kowalski in the Fantastic Beasts films, had great energy and frequently had the audience laughing. Topics of discussion during the panel included Fogler’s thoughts on what was ahead for Jacob, what he thought about Fantastic Beasts: The Crimes of Grindelwald‘s reveal about Credence’s family ties, his promotion of J.K. Rowling’s Lumos charity, and his real-life tie to Jacob with the fact that his great-grandfather was a baker who owned a bakery called Fogler’s Pumpernickel. Dan Fogler also did a killer Christopher Walken impression that got a great audience reaction when a fan asked him about working with Walken on the comedy film Balls of Fury. I attended two other panels that focused on discussions around the Potter books and films, first sitting in on a panel called Obscurus and Patronus: Expressions of the Soul in the Wizarding World, in which moderator Savannah Dag Currier presented her thoughts on the Obscurus and Patronus as protective forces that are fueled by strong emotions. The Obscurus inside Credence in Fantastic Beasts reacted to psychological harm directed toward Credence by lashing out at both Senator Shaw and Mary Lou Barebone and serves as an expression of the damage done to a soul through trauma. On the flip side, a Patronus is the expression of strong positive emotions in order to ward off the hopelessness that Dementors instill in their victims.

I then sat in on the In Defense of Prisoner of Azkaban, the Best Harry Potter Movie panel with moderator Hannah Hosking. Her take on Harry Potter and the Prisoner of Azkaban is a controversial one, given how strongly Potter fans feel about what was lost in the adaptation from book to film. This particular panel saw many fans raising hands to chime in on what they saw as the strengths and shortfalls of the third film, directed by Alfonso Cuarón. Everything got discussed, from the film portrayals of Dumbledore between Richard Harris and Sir Michael Gambon to Cuarón playing with the wizarding world visually to making it feel like a lived-in space to Daniel Radcliffe’s acting choices in the more serious scenes to what adaptations mean and what we as an audience want out of them. Both of these panels were a great way to conclude my day at LeakyCon since they really delved into the Potter series and had very thought-provoking premises. If only I had had a Time-Turner like Hermione in order to sit in on multiple panels at once, because a lot of the other ones on the schedule sounded intriguing!