Christmas came early this year for Wizarding World Gold subscribers! On December 3, many Gold subscribers were treated to a special dinner as part of Warner Bros. Studio Tour London – The Making of Harry Potter’s Hogwarts in the Snow. There were fun games, delicious food, good company, and even a special appearance from Warwick Davis, the actor behind the roles of Griphook and Professor Flitwick in the Harry Potter films.

The dinner took place in the fully decorated Great Hall, with games taking place on platform nine and three-quarters. Warwick Davis was the host of the games, including one intriguing activity called Wizarding Mr & Mrs. After dinner and games, attendees grabbed a butterbeer and danced the evening away underneath the Ukrainian Ironbelly suspended in the air at the tour. They also had the added perk of being able to explore the entire tour after hours.

If you’re sad you missed out on this Gold subscriber event, don’t worry! This was only the first of many, and more events will be announced in 2020. Keep an eye on Wizarding World Digital in the upcoming months for event announcements! 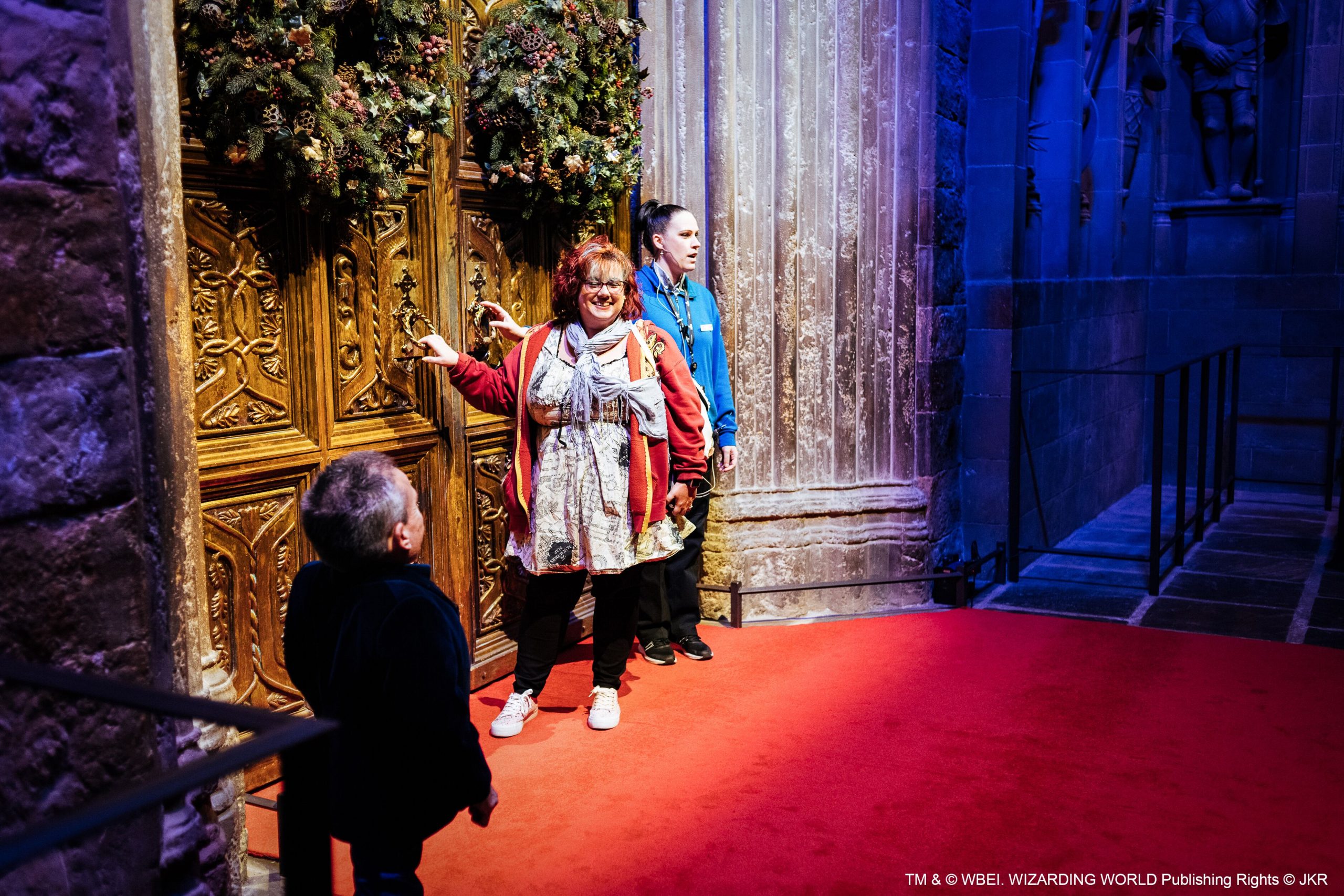 The tour and event began as all Warner Bros. Studio Tours begin, with the opening of the doors of the Great Hall! 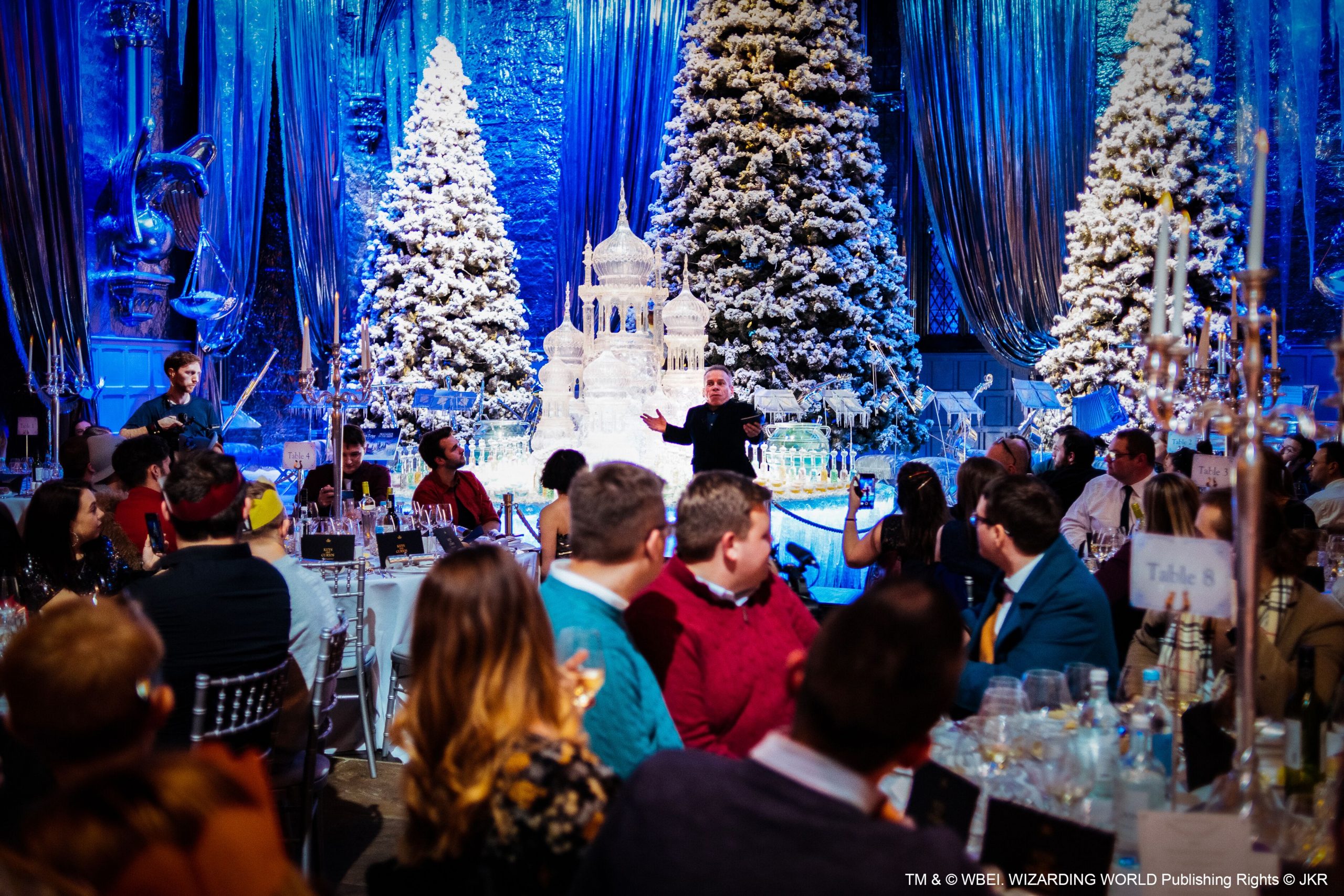 Warwick Davis, who played Griphook and Professor Flitwick in the “Harry Potter” films, made a special appearance at the event. 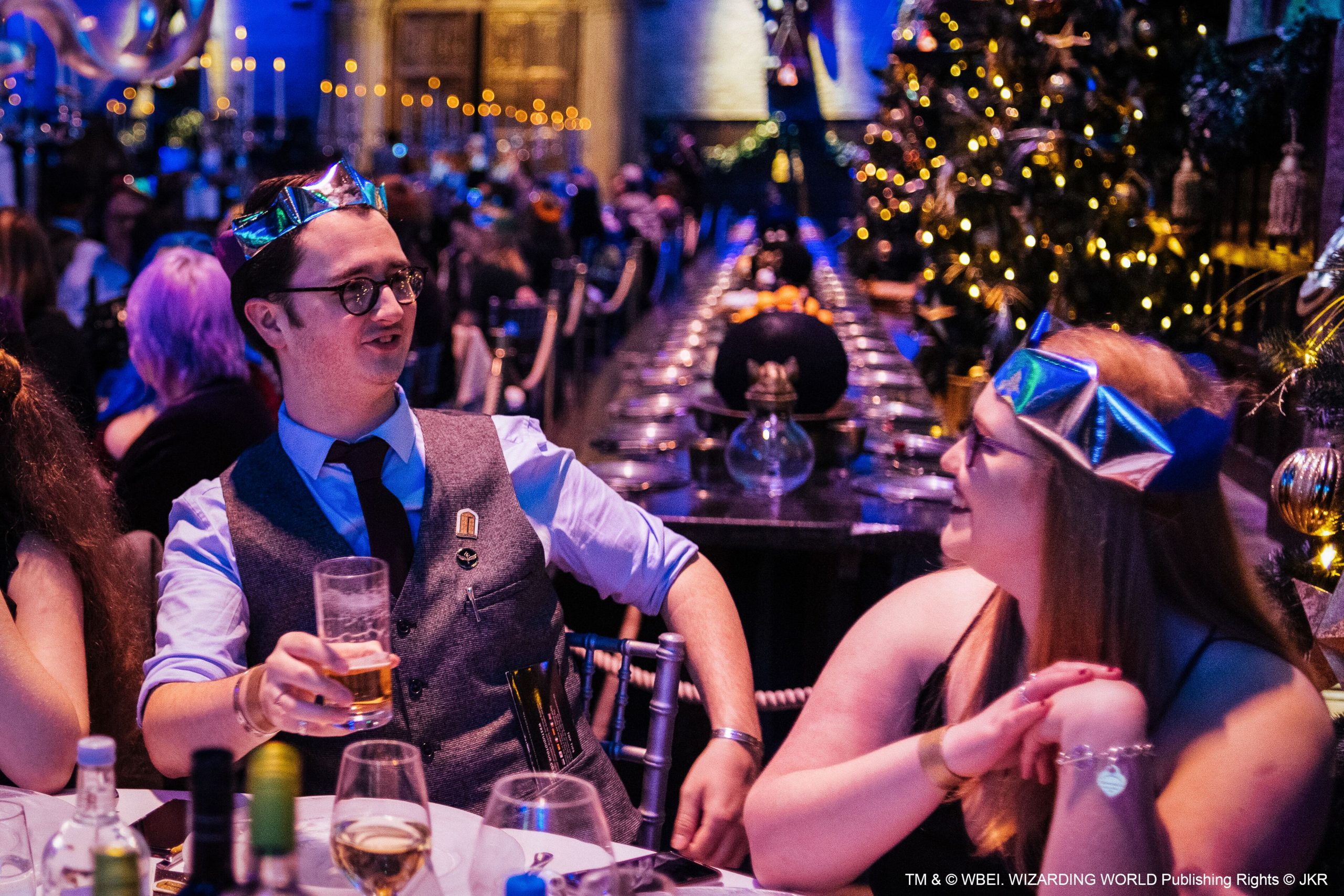 Fans were able to sit and enjoy the refreshments in the scenery of Christmas in the Great Hall. 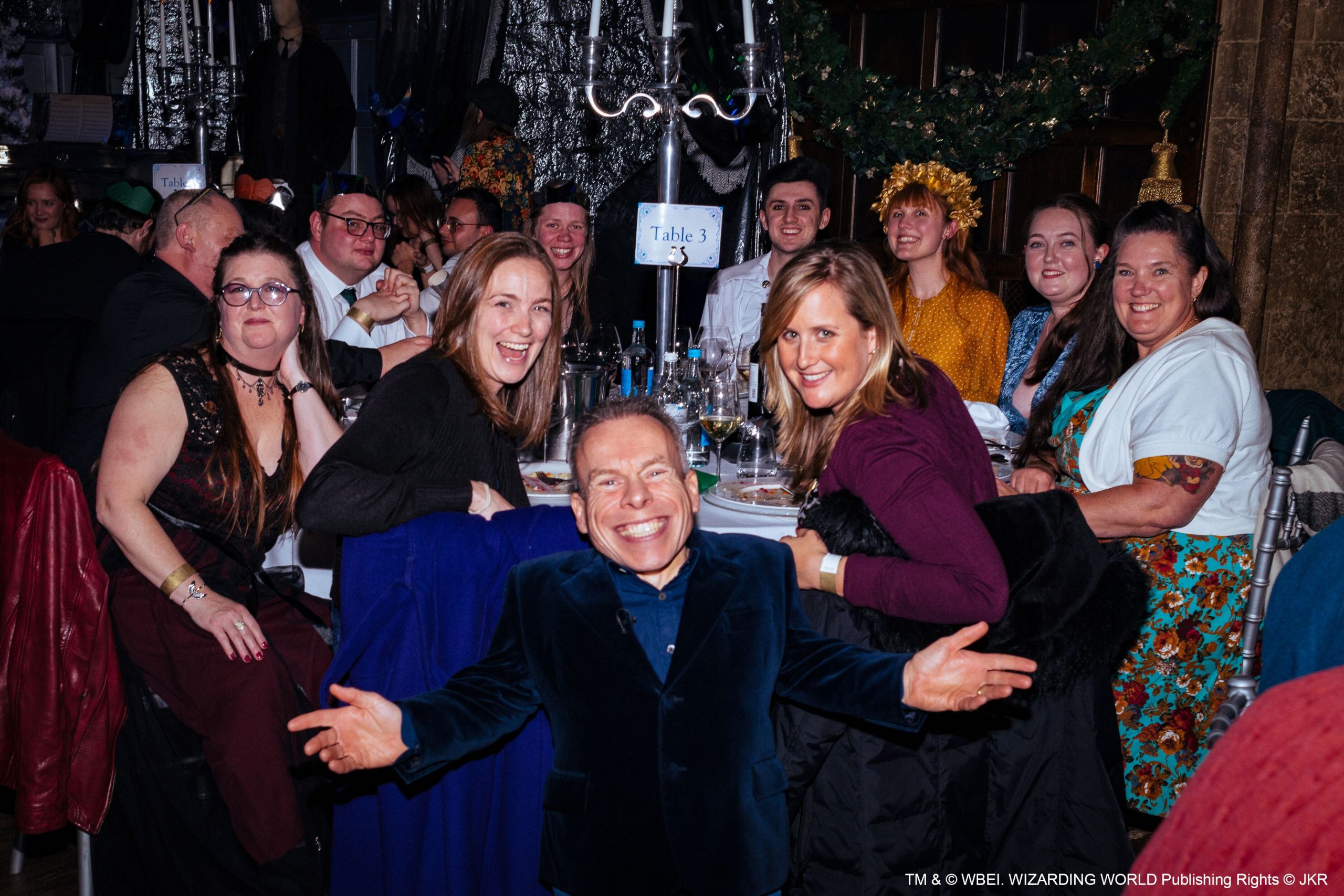 Warwick Davis hosted not only the event but several games as well. 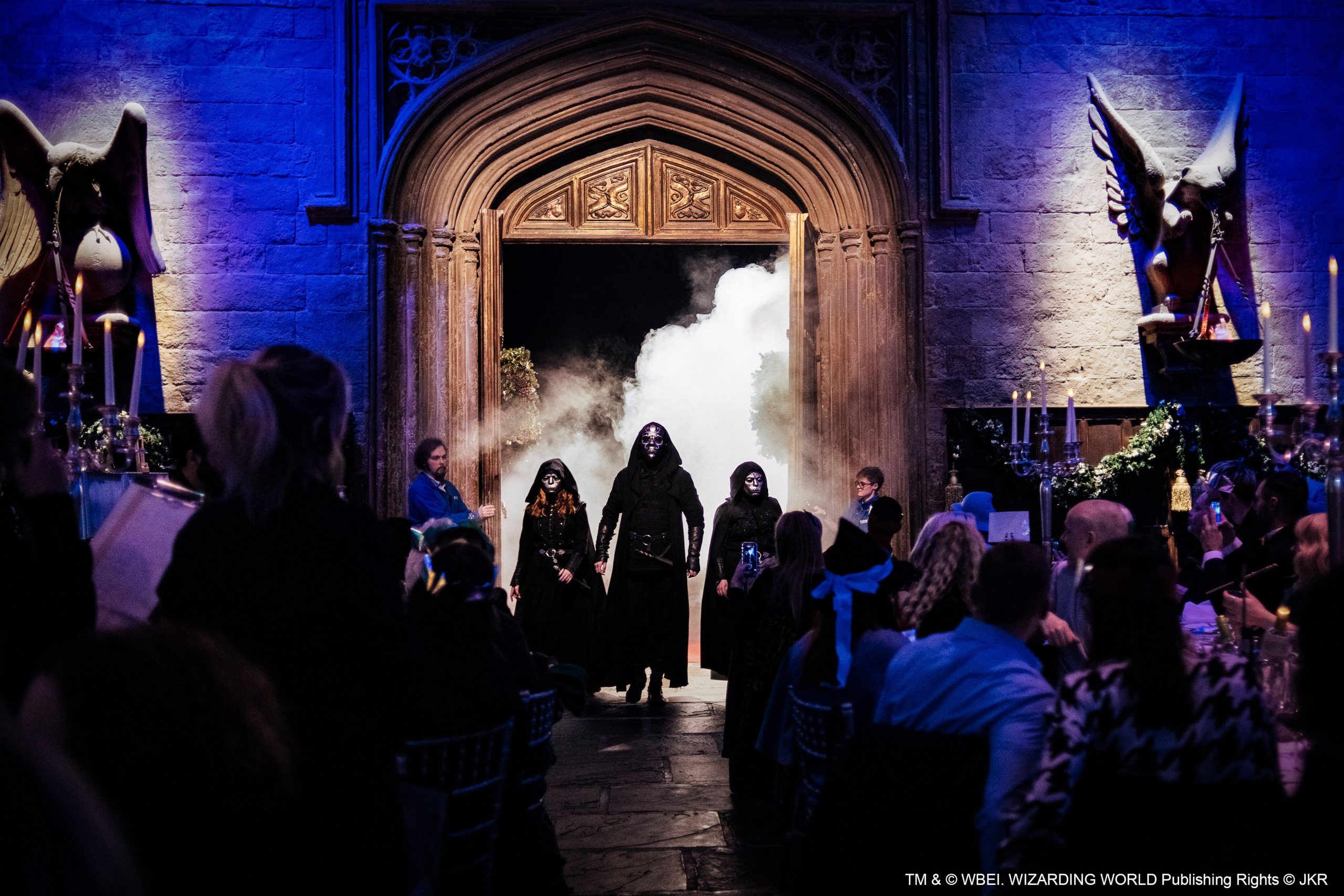 The feast even had a surprise mid-dinner visit from some party-crashing Death Eaters. 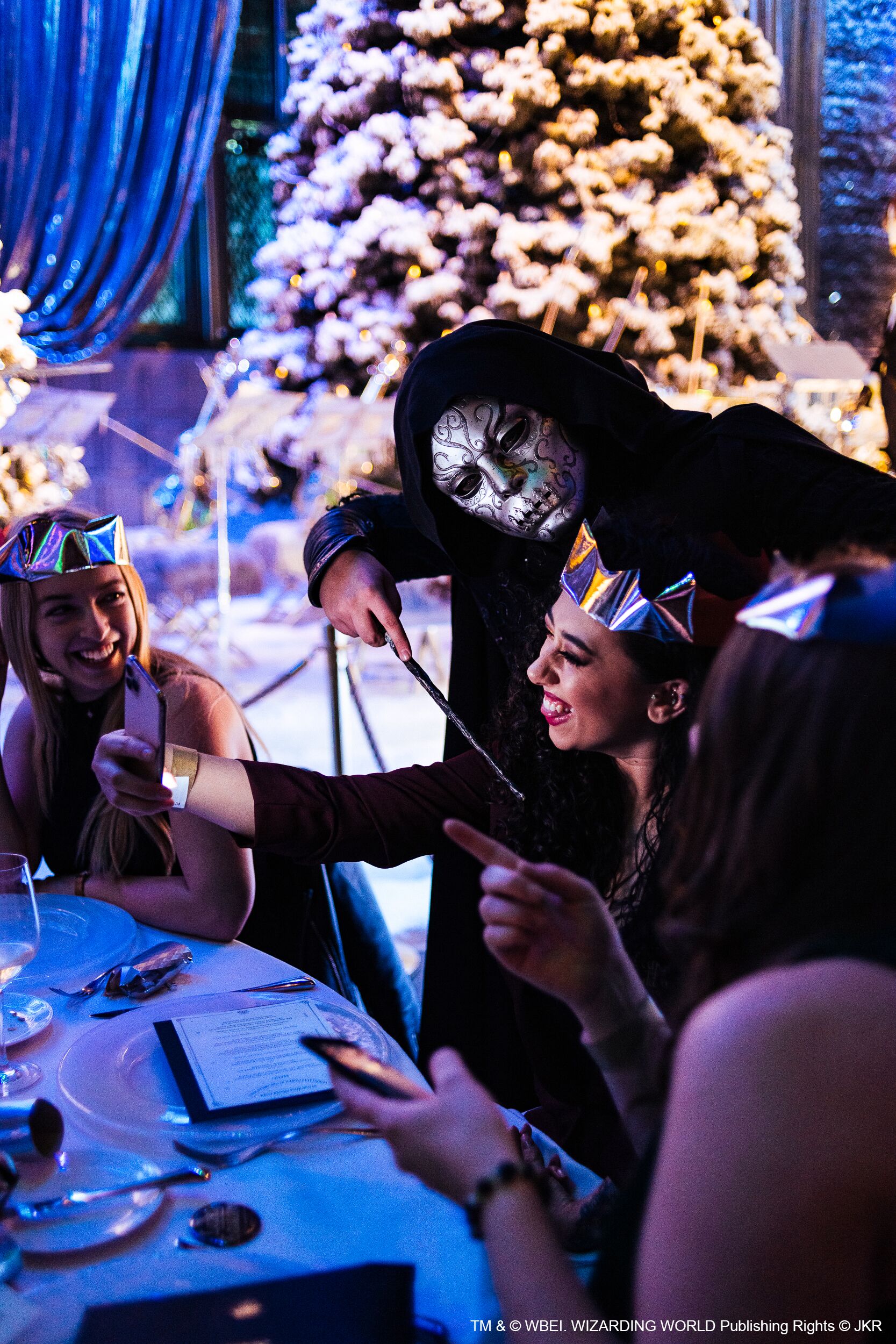 The Death Eaters were more than willing to pose for photos, but they definitely had their own ideas for how to pose! 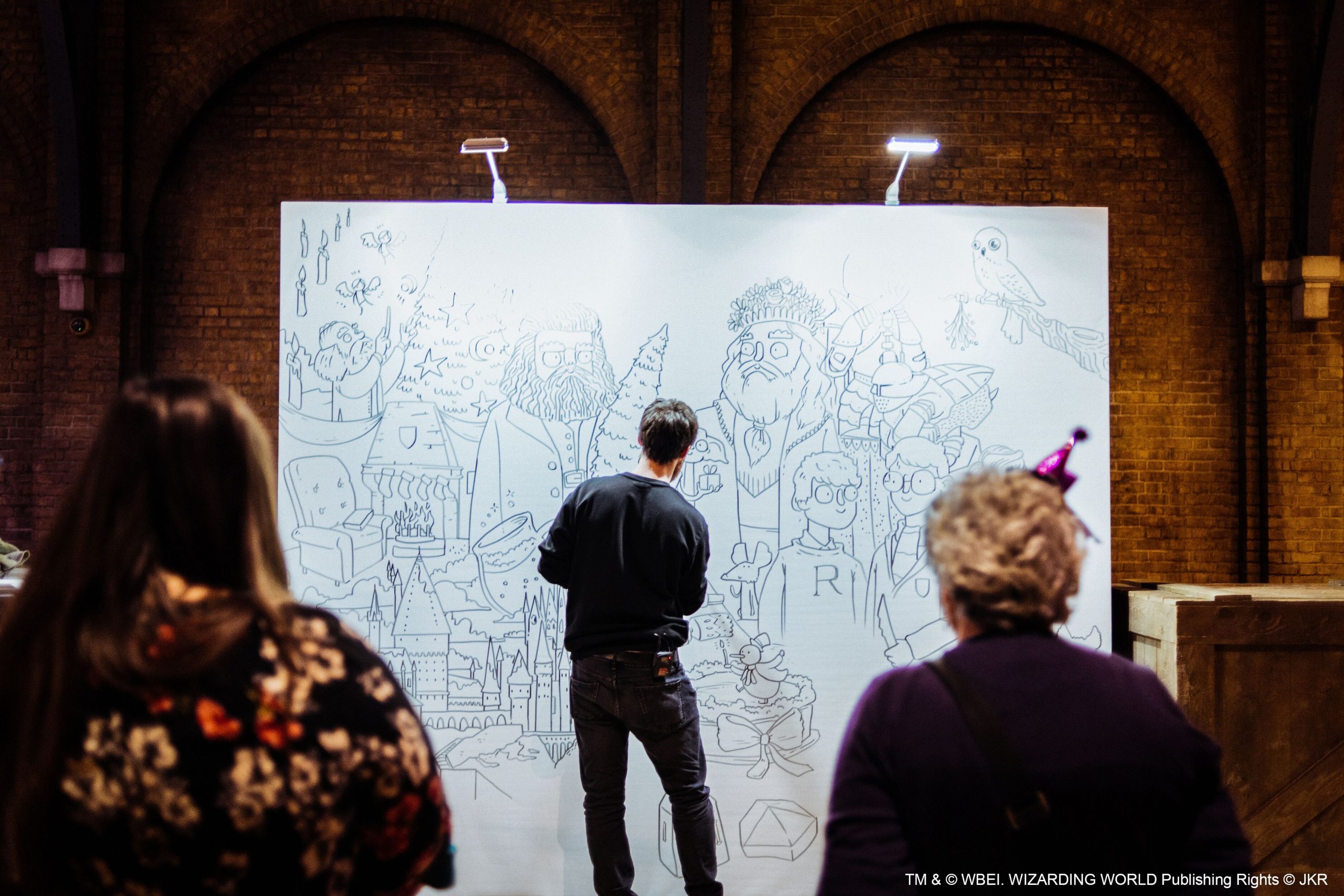 There was also an artist who was creating a mural of Christmas in the wizarding world live at the event. 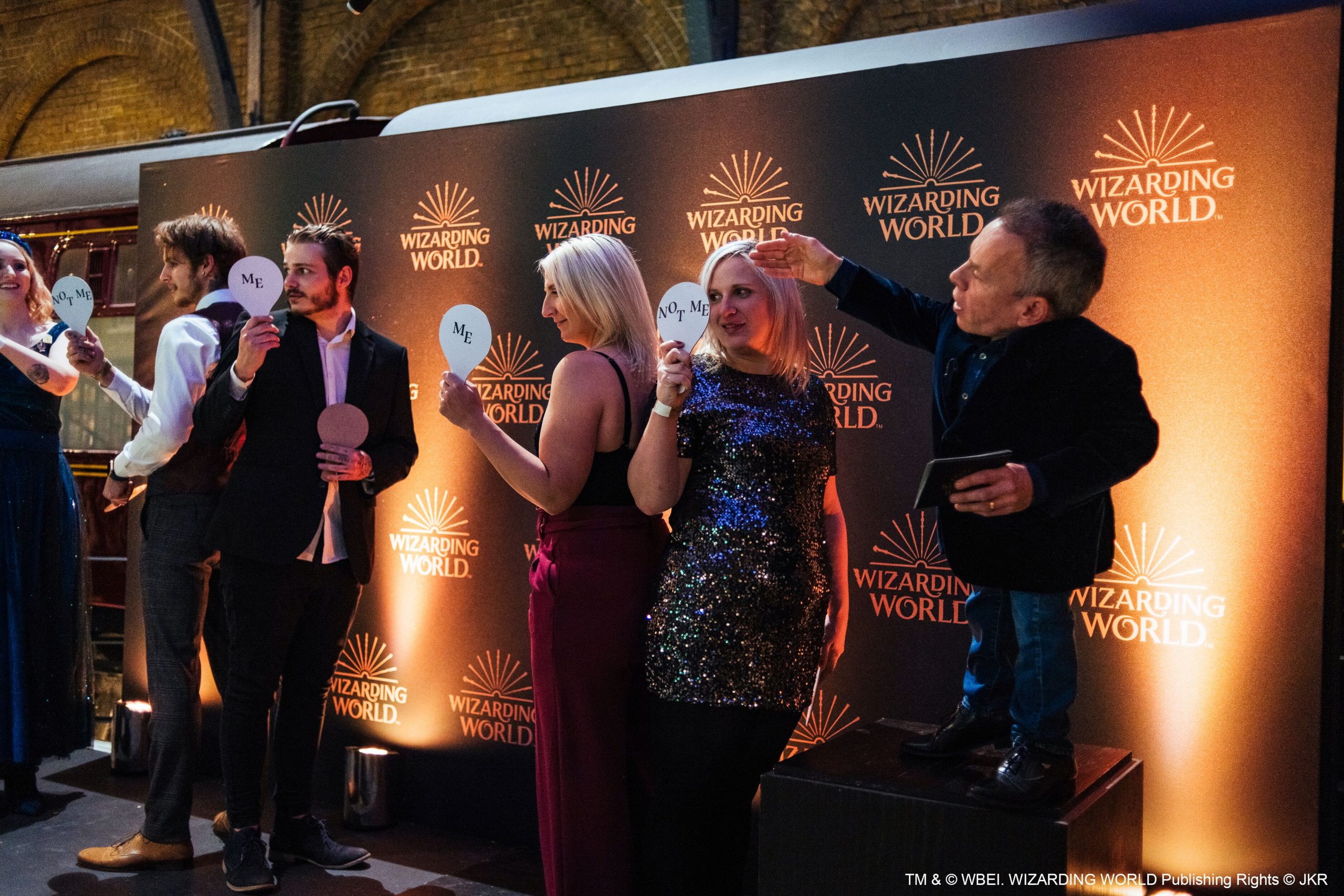 The event was not simply a dinner; there were games and activities involved as well. 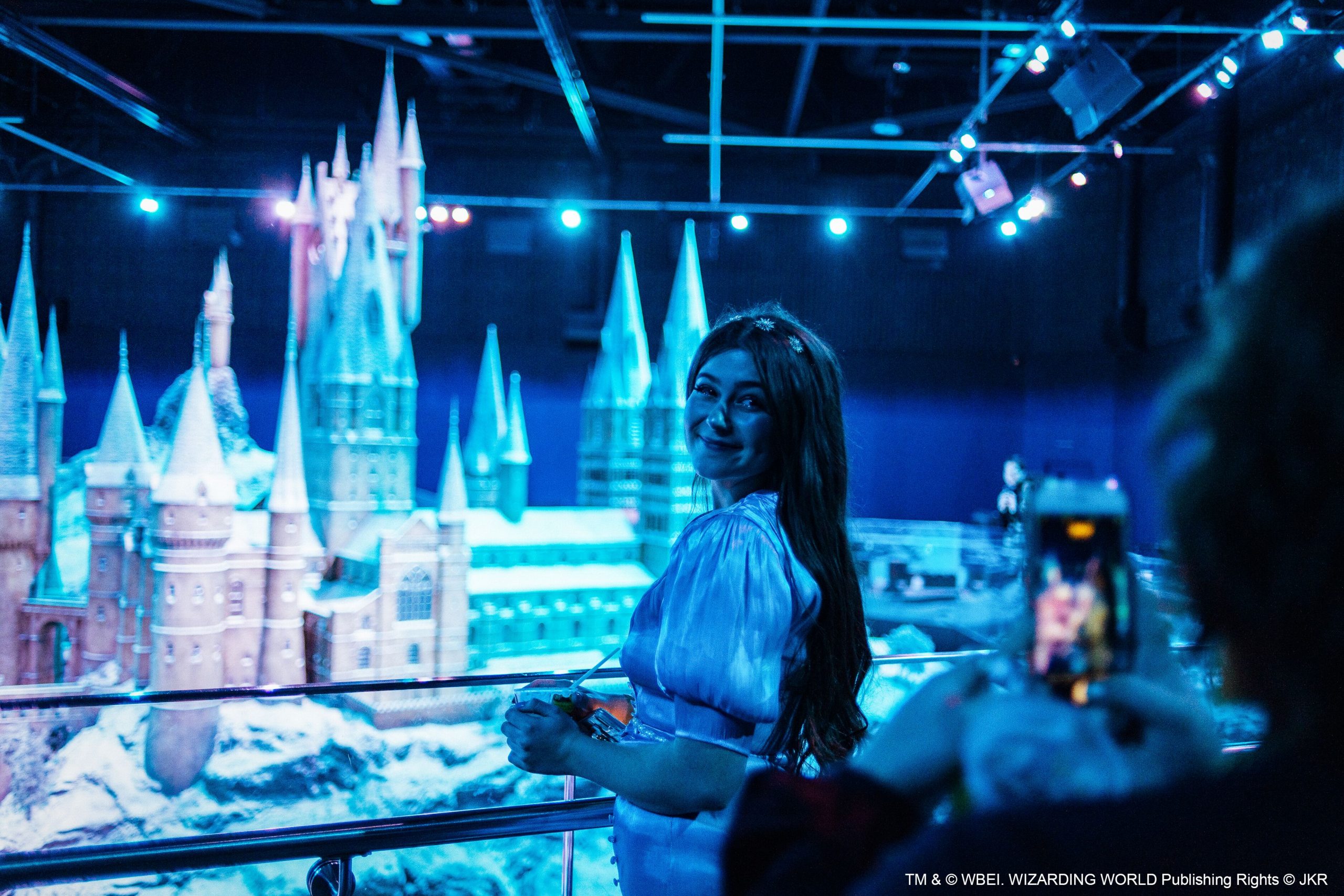 After the dinner, attendees were invited on a private after-hours tour of the Studio Tour.

Were you able to attend this Wizarding World Gold event? We’d love to hear from you – let us know in the comments below!