Theater Review: “Dumbledore Is So Gay” by Robert Holtom

Tired of trying to get your Friday Forty tickets to Harry Potter and the Cursed Child? Tired of Cursed Child in general? If you’re in London this week, you’re in luck, because Dumbledore Is So Gay by Robert Holtom is a play so good you won’t need a philosopher’s stone to give you life.

The hour-long fringe play runs through March 1 at Network Theatre as part of VAULT Festival 2020’s vast showcase of new writing. Even if you can’t make it to the woefully brief and niche run, this is a production worth keeping an eye on!

Meet our hero, Jack, a teenage boy who got Sorted into Hufflepuff, whose favorite character, Dumbledore, (spoiler!) dies and who is in love with his best friend Ollie. Life is not going to be easy for him growing up gay during the heyday of Harry Potter.

Act I is the original timeline, starting when Jack was 12 and “gay” was used as a slur. Ollie is struggling with his own sexuality and feelings for Jack. Jack is bullied. His parents switch away from Graham Norton because he’s one of those overly friendly, well-groomed men. Elderly gay man Norman’s house is bricked. Things get worse until Jack ends up burnt out from meaningless hookups and crying on a bench in Trafalgar Square after the tragic news of Ollie’s suicide.

Hang on. In Harry Potter and the Prisoner of Azkaban, Hermione has a Time-Turner to go back in time and fix everything. Luckily, Jack has one too! Three turns should do it! Jack does all he can to protect Ollie, Expelliarmus-ing slurs like a wizarding boss. Ollie eventually comes to terms with himself and starts seeing Jack – in secret. Heartbreak is still on the horizon, as a result of a culture of homophobia. Jack realizes if he actually wants his happy ending, he has to change everyone’s minds for the better.

Time-Turner to the rescue again! This time, Jack educates his parents. He does a lot of activism. He reconnects with his teenage sweetheart, Ollie, and their friend Gemma. Norman dies a legend, having made the world a better place, just like Jack is trying to. 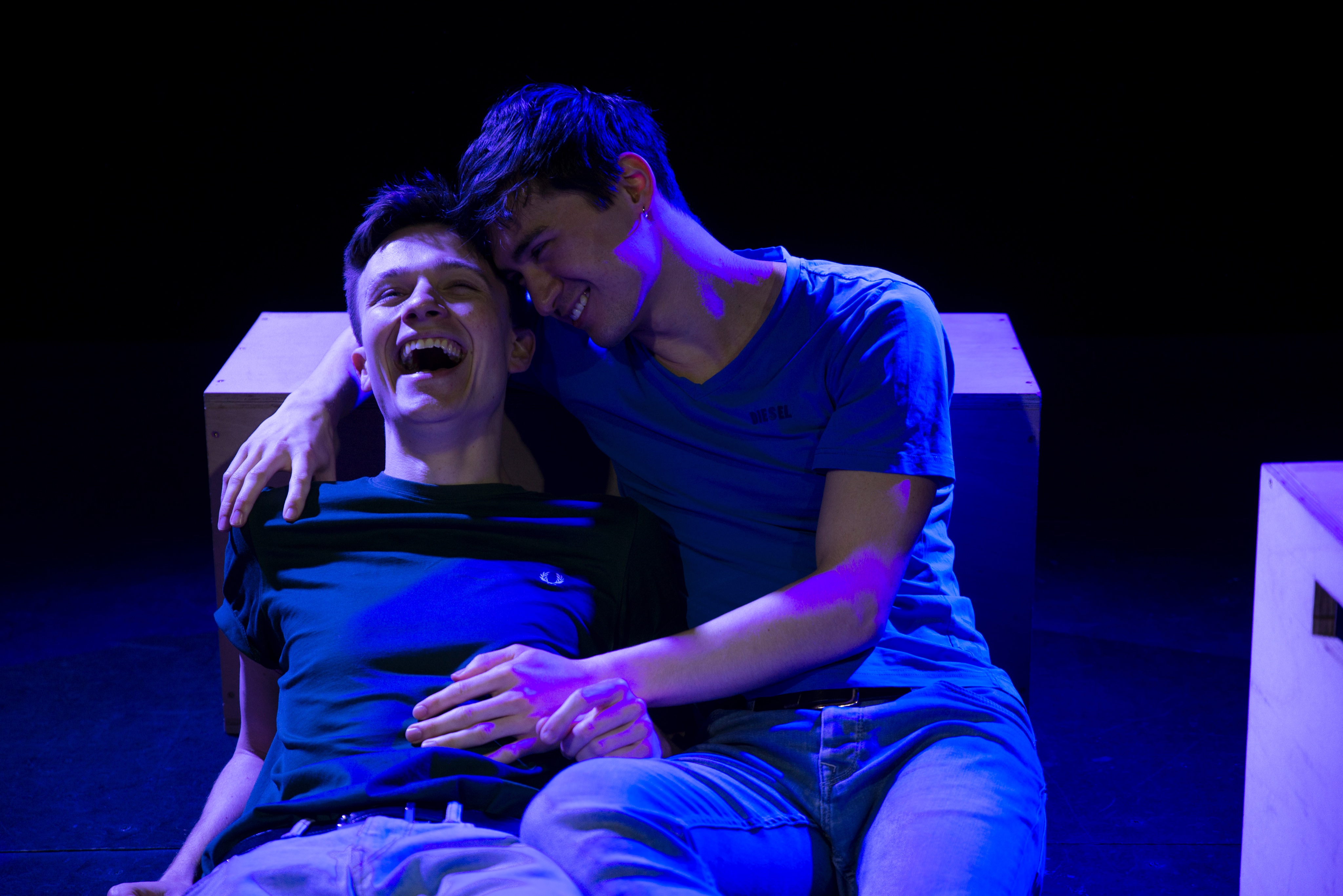 A scene from “Dumbledore Is So Gay”. Photo by Gabriel Mokake

Will Jack decide to travel back in time again, or will this be his happy ending? After all, maybe this time Dumbledore won’t die! You’ll have to find out by catching this truly magical production and seeing it for yourself.

And “magical” here is not just a clichéd adjective. The play is flawless. It sits at the perfect meeting point of Harry Potter and LGBTQIA+ experiences. It is a great depiction of what it was like to be a gay teen in the ’00s in general. Remember the outrage when J.K. Rowling announced that Dumbledore was gay? Now there is outrage he is the only confirmed LGBTQIA+ character in the entire Wizarding World franchise!

The acting is precise and polished. With scene changes faster than a lightning bolt, it has to be. Alex Britt as Jack is enigmatic, adorable, and the wide-eyed Hufflepuff hero we need, with bravery that would put any Gryffindor to shame. Charlotte Dowding shines brightly as Gemma (Jack’s best friend), Sally (his mother), Mme Dubois (his French teacher), and a whole host of other characters, as does Max Percy with his layered portrayal of Ollie, Martin (Jack’s dad), and his hookups in different timelines. These three remarkable young actors can slip in and out of their various characters as skillfully as it is absolutely demanded by such a fast-paced narrative.

Director Tom Wright and movement director Rachael Nanyonjo deserve applause for the way they bring an already-brilliant text to life, which is indented with a few well-chosen meta-theatrical comments on Cursed Child and Fantastic Beasts and Where to Find Them.

Above all, Robert Holtom triumphs as a playwright in Dumbledore Is So Gay, a play that goes to show you that you don’t need to have a big Hollywood budget or try to dazzle an audience with the best special effects the West End can offer to poorly mask a lackluster plot. If Jack Thorne is reading this, listen up: Three strong actors, three wooden boxes, and a Time-Turner – and of course good writing that speaks for itself – is all that’s needed.

Tickets for Dumbledore Is So Gay are available for purchase here.