Ten Undesirable Patronuses That Aren’t As Bad As They Seem

So you are paired with an undesirable Patronus – what can you do? Unfortunately, you can’t do anything about it. You are stuck with the fatuous Patronus you were dealt with, all from a series of timed, algorithmic questions that are stressful and don’t really reflect your inner self. Do they? God, I hope not, because there is no way my inner self is actually a Welsh corgi.

That was a dark day. What is a corgi going to do in the face of a Dementor – annoy it to death with incessant yapping? I’m sure you felt a similar sense of despair if you were paired with a salmon, another legitimate Patronus Pottermore can throw at you, which seriously is a joke. What are you going to do with a bunch of Dementors in your path and a salmon? Treat them to a gourmet meal?

However, there are always positives to everything, even a fish Patronus. Have you ever stopped to think about the good points of having a salmon by your side? Well, if not, please keep reading, because I am about to rate the ten worst Patronuses in terms of offensive ability and list their good points instead. If anything, you may have just gained a cute little companion who doubles as a torchlight!

Attack rating: 1/10, unless mice are a trigger for Dementors (like they are for my mom).

Good points: What field mice lack in offensive prowess, they make up for in defense with the ability to shed their tail instantly if caught, thus enabling an escape. They are also one of the few mammals who waymark their territory similar to a human designing a garden, which is nice. 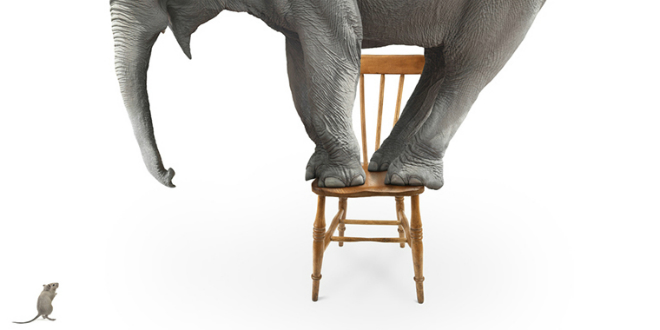 Attack rating: 2/10 for the ability to flap their wings. I hate that.

Good points: This was tricky since pheasants are most widely recognized as game and are more likely to get shot than scare anyone. However, Internet research divulged that they are actually fierce fighters and can hold a fight, on average, for 18 minutes, which is longer than most heavyweight champions.

Good points: Aside from being adorable, they actually house more than 5000 quills, are immune to snake venom, and once had their own Olympic games called IHOG for International Hedgehog Olympic Games. Who knew?!

Good points: Despite being ungainly on land, these not so little buggers are actually quite aggressive. Case in point: Resident seal, “Homer,” in Gisborne, New Zealand caused regular mayhem by rolling parked cars and at one point pushing over a restaurant power supply box. It was concluded that his behavior stemmed from misplaced sexual aggression, so seals get a defensive rating of 7/10 (9 if it is the mating season).

Good points: They have a strong sense of smell, are marathon athletes, can change color throughout their lives, and according to Nordic legend, Loki the Norse God escaped prosecution by jumping into a nearby river and transforming himself into a salmon.

Attack rating: 7.5/10 (I had to look up what this was: a weasel type animal belonging to the mustelid family.)

Good points: These are actually quite ferocious little devils who often leap from tree to tree chasing prey. They are territorial, fast, agile, and have sharp claws.

Good points: Moles are surprisingly fierce fighters; therefore, they get 5/10 for surprise factor as I feel them to be underestimated, thereby gaining an offensive advantage. They can also tolerate high levels of CO2 (obvious when you think of their living arrangements) and have extra thumbs.

Good points: Apart from great hearing and sense of smell, shrews are capable of entering torpor and undergo morphological changes such as shrinking bones and organs to survive winter. Some shrews have fangs and venom that could kill up to 200 mice, which is also currently being researched to treat high blood pressure, some neuromuscular diseases, and ovarian cancer. Furthermore, they also have voracious appetites, eating 1/2 – 2 times their own body weight in food daily. This alone ups their defense factor to 7 if eating a Dementor is an offensive option.

Good points: Aardvarks have steel-tipped toes that they use to escape by digging down fast if running in a zig-zag formation hasn’t rid them of their predators. In terms of defense, aardvarks get 4/10 for their alarming features and 6/10 for escapism. Random fact: Their teeth are considered lucky in some African tribes.

Good points: They are excellent herders, athletic, loyal, have sharp, nippy teeth, and are said to be “enchanted” due to the belief that fairies and elves used them to pull carriages and in battle. Also, from experience (my granny owned corgis), you DO NOT want to piss them off. (Did I mention nippy?)

There you have it! If you are still unsatisfied with your Patronus after reading this article, I suggest that you either suck it up and get on with things or avoid Azkaban.