The two great loves in my life are the Harry Potter series and the Percy Jackson and the Olympians series. I’m not alone – many Potterheads love PJO, and many Percy Jackson fans love Potter. Both books derive from traditional mythology and folklore and follow a young boy through the new world he was thrown into, so if you like Harry Potter, I think you’ll like Percy Jackson. Although these series revolve around very different characters, I can’t help but wonder what Houses the PJO characters would be Sorted into.

Isn’t it nice that Hogwarts and Camp Half-Blood operate on opposite seasonal schedules, implying that you could reasonably be both a wizard and a demigod without missing any classes

All Artwork by Viktoria Ridzel 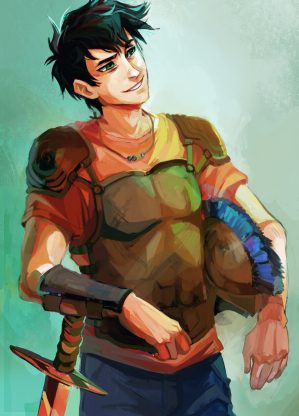 Percy is a natural-born leader. He can be short-tempered, but he is the epitome of a hero. His courage and selflessness demonstrated over and over again make him a quintessential Gryffindor.

The best people have the rottenest luck.” (The Lightning Thief) 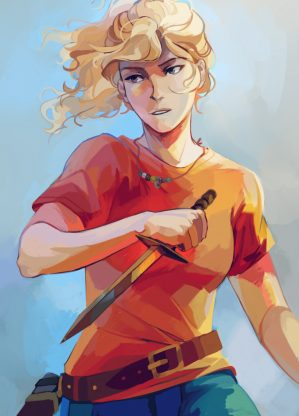 Just as not every Gryffindor is built alike, not every child of Athena is built alike. I think it would be easy to assume that most – if not all – of Athena’s demigod children would be Ravenclaws, but Annabeth gives me Hermione Granger energy. Although she is incredibly brilliant and loves to read and learn, Annabeth’s bravery is her strongest quality. She is tough and opinionated and has more courage than most.

I am never, ever, going to make things easy for you, Seaweed Brain. Get used to it.” (The Last Olympian) 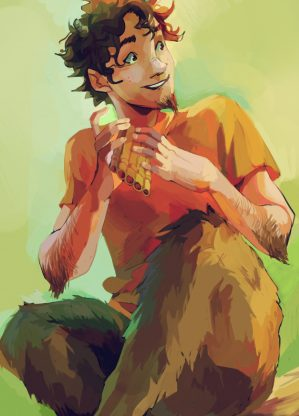 Satyrs are nature spirits. Hufflepuff’s not-so-official element is the Earth. Even putting his love of nature aside, I still think Grover would be a Hufflepuff. Grover’s actions speak louder than his words. He is incredibly empathetic and feels things very deeply. He loves everyone, including creatures. 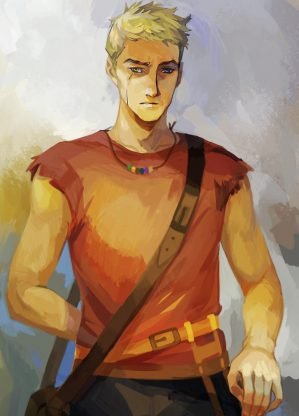 I don’t put Luke in Slytherin because he’s evil throughout (most) of the series, but rather because his injured pride is the sole cause of his fight against the gods. More than almost anything, he wants to make a name for himself. He is cunning, proud, and determined, and he fights for his self-preservation.

Where’s the glory in repeating what others have done?” (The Lightning Thief) 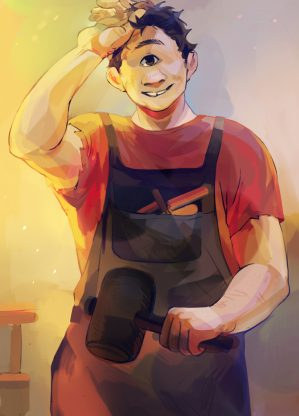 Tyson is technical – he builds things with his hands. He works in the forges. He has to know how to invent and create in order to survive. His intelligence and creativity make him a Ravenclaw in my eyes.

Young Cyclopes grow up alone on the streets, learn to make things out of scraps. Learn to survive… makes us appreciate blessings, not be greedy and mean and fat…” (The Sea of Monsters) 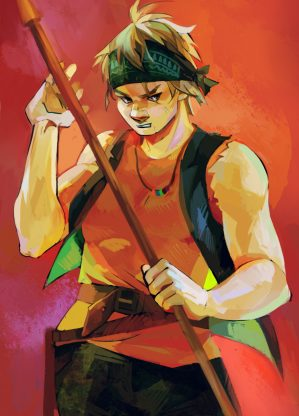 Clarisse is courageous, brave, determined, daring, and has all the nerve. Gryffindor corresponds roughly to the element of fire, and the uncontrollable power of fire reminds me of Clarisse… maybe because she can be kind of a hothead.

Yeah, well. Sometimes things go wrong. Heroes get hurt. They… they die, and the monsters just keep coming back.” (The Battle of the Labyrinth) 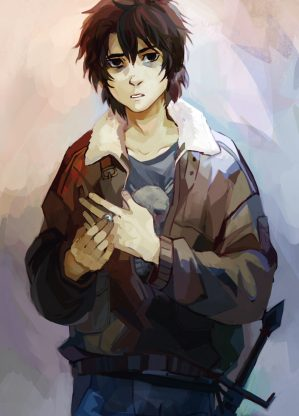 This may be controversial considering he’s the son of Hades, God of the Underworld, but I think Nico is a Hufflepuff. The way that Nico clings to his favorite childhood game (Mythomagic), the way he feels so deeply, and his loyalty to his friends despite how he doesn’t always fit in with them… these scream Hufflepuff to me. He cares about people, even if he doesn’t want to show it. He’s a big softie.

With great power… comes great need to take a nap. Wake me up later.” (The Last Olympian) 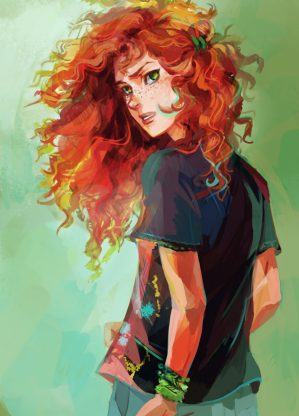 Rachel’s creative, chaotic vibe makes her a Ravenclaw. She is witty, wise, unique, and tells people how things really are. Much like Luna Lovegood, some may consider Rachel weird or quirky, but her uncommon interests just make her a typical peculiar Ravenclaw.

And I don’t have to see the future to tell you what to do now, do I?” (The Last Olympian) 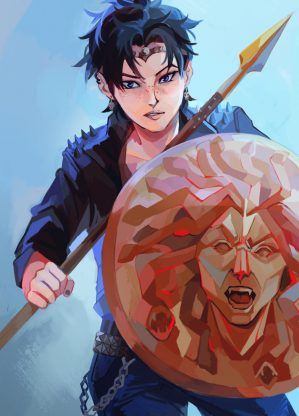 Much like the Gryffindor mascot – the lion – Thalia Grace is energetic, strong, sometimes overbearing, and has no time for subtlety. Although she can sometimes be reckless, she is brave overall. She has been through so much, but nevertheless, she persists.

You satyrs. You’re all in love with Artemis. Don’t you get that she’ll never love you back?” (The Titan’s Curse)