In an age of discouraged traveling, Zoë Kravitz, the actress who played Leta Lestrange in Fantastic Beasts: The Crimes of Grindelwald, would like to take makeup consumers to her most memorable cities via her new lipstick collection with YSL Beauty.

Aside from acting, Kravitz is also an accomplished model having starred in many clothing, jewelry, and makeup campaigns. In 2017, she was made a YSL Beauté Makeup and Fragrance Ambassador, where she released her first lipstick collection. Her second lipstick line contains shades named after cities that inspired her, such as “Lost in Marais,” “London Sky,” “Paris Stroll,” and “Midnight LA.” In a recent interview with Harper’s Bazaar, Kravitz provided insight behind the themes of her makeup collections.

Before, it was about the names of people who were dear to me; now it’s about the cities that have inspired me. I wanted to bring everyone on a journey that would show you the key places in my life.

Considering that she calls each location a “key place” in her life, it’s clear that they have a special meaning to her. The interviewer asked her to share a special memory associated with each city.

London… Well, it’s a place I never thought I would spend a lot of time, but work has brought me there a lot, and I’ve made so many great friends there. I’ve fallen in love with Hampstead Heath and love getting out to the English countryside when I have a chance. Paris, oh, so special! I’ve spent a lot of time there ever since I was a kid and have had some really beautiful times there with close friends and family. I’ve also danced my heart out in Paris! Los Angeles—it’s where I grew up, so I will always be connected to it. I love the nature of this place. It’s like a million cities in one. New York is my favorite place! I’ve lived there for over 15 years. Every time I touch down there, I get a warm excited feeling.

For Wizarding World fans, London and Paris immediately stick out as filming locations for the Fantastic Beasts franchise. Though she mentions that many of her visits to London were because of work, she doesn’t explicitly mention Fantastic Beasts. Hopefully, her foray into the Wizarding World contributes at least a bit to her love for London. However, Paris seems to be special to her for an entirely different, yet still wonderful, reason. 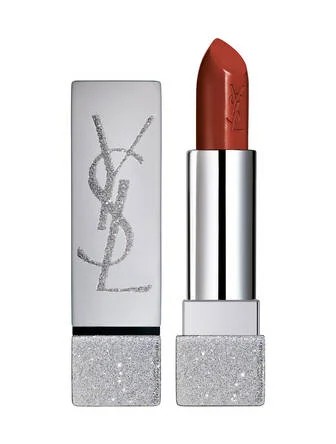 Zoë Kravitz has released her second lipstick collection named after the cities that inspired her. This shade is called “London Sky.” 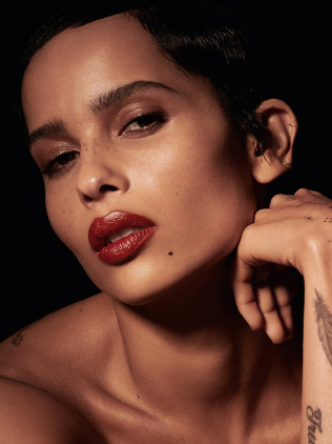 Her portrayals of various strong women throughout her career along with the interviews she’s undertaken suggests someone of elegance and poise not unlike Leta Lestrange. Not only is Kravitz a great actor, but she also embodies aspects of Leta’s personality.

If Leta Lestrange released her own lipstick collection, what names do you think she’d use and for which shades? Perhaps “Diagon Alley Window-shopping” would be a shade of coral because it represents a brighter time in her life? Or “Hogsmeade Sweets” for a shade of rose inspired by Drooble’s Best Blowing Gum, which she always used to purchase from Honeydukes.