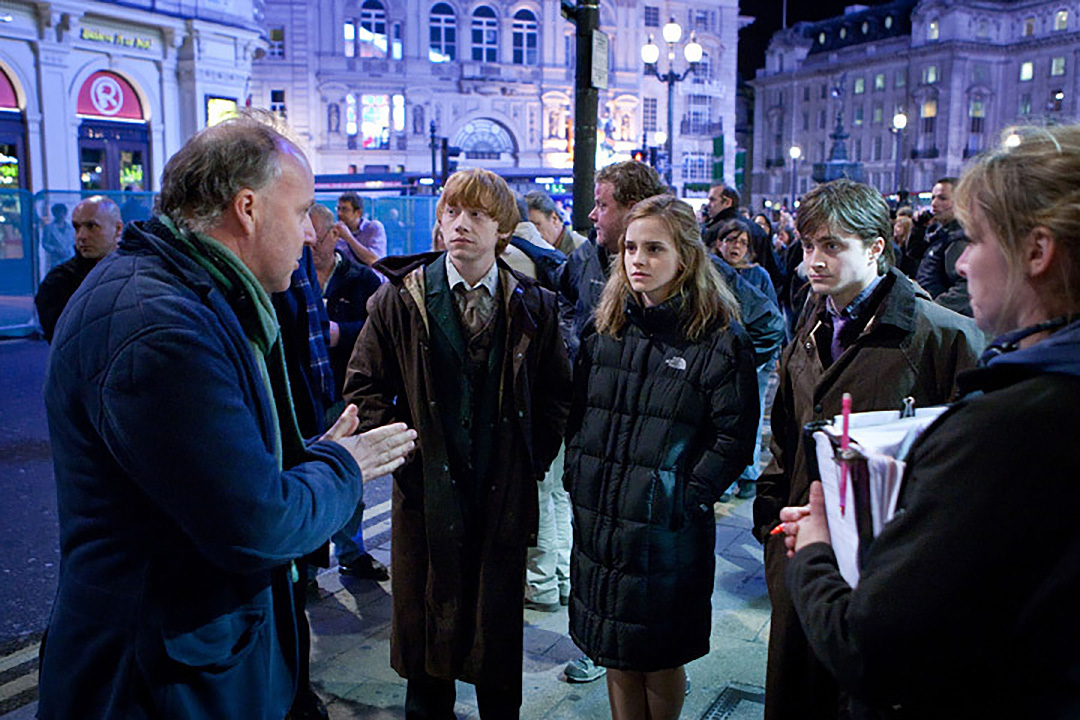 David: “So that will be two larger pepperoni pizzas, a cheeseburger, twelve nuggets, three sodas, and pancake roll?”
—Sue

David Yates: “Because of the noisy traffic, I’m going to speak much louder than usual.” (raises voice from a whisper to a soft hush)
—Elise F.

David Yates: “So, for the last time, Emma, you can’t wear that in the final scene.”
Emma Watson: “But I got a product placement deal from the North Face!”
—Sam

“Right. First, you’re going to get on the Route 14 bus going north. Switch to the 205, and that’ll take you straight to Paddington.”
—Gabrielle

Director: “Right. Emma, in this next scene, we’re going to have you standing on top of a Muggle bus. Rupert, we’ve decided that you’ll be doing the same. And Dan, you’ll be running down the road next to them. Any questions?”
Emma: (confused)
Rupert: (watching a fly flying around the director’s head)
Dan: (trying to use his hypnosis skills on the director ’cause he wants to go on the bus too)
—Millie

Lady in the back: (surprised Pikachu face)
—R.A.B.

“We gotta turn around. It turns out this actually isn’t the street where the Pride Parade is happening.”
—Violet

David Yates: “I promise you, one more take and we can all get out of the cold and into a nice warm pub for some fish and chips.”
Script girl: (thinking) “Fat chance! Between rewrites, flubbed lines, and poor crowd control, we’ll be out here until next Tuesday.”
—Friend of Fawkes

David Yates: “Dan, are you paying attention?”
Daniel Radcliffe: (staring at the West End theater down the street) “I’ll be on the stage someday…. Sorry, what?”
—Brendon

David Yates: “I told them this is going to be the darkest film yet, but the City of London said they can’t turn off the power grid, so unfortunately, there were some streetlights.”
—Bess

“Try not to let on to the bystanders and crew that we really are witches and wizards. Remember about the Statute of Secrecy!”
—Susan B.