When the International Quidditch Association (IQA) announced that the next IQA World Cup would happen in Richmond, Virginia, in 2023, it was unclear what would happen with the IQA Continental Games. The events are currently scheduled for summer 2022.

This is the reason why the IQA decided to open bids for the IQA Continental Games 2022 and released the IQA events bid manual.

The IQA Continental Games 2022 include only the IQA European Games and the IQA Pan American Games. The IQA has not mentioned anything about the IQA Oceania-Asian Games 2022. The last time the IQA looked for new locations was in 2020. That year, there were opportunities for the IQA Oceania-Asian Games, but no one applied to host them. This year, the IQA has not provided that opportunity.

The finalists to host the IQA Continental Games 2021 before they were canceled were previously announced. These were Limerick, Ireland, and Madrid, Spain, for the IQA European Games and Mexico City and San Juan del Río, Querétaro, both located in Mexico, for the IQA Pan American Games. 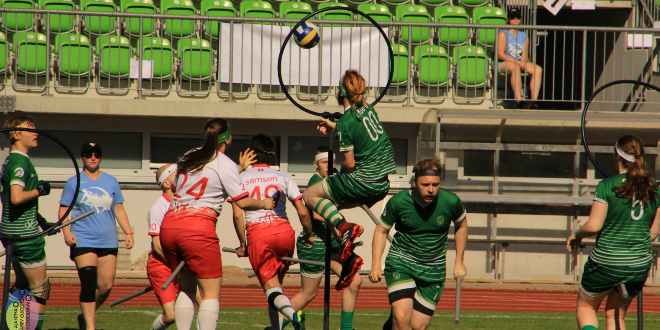 The IQA European Games will happen for the fourth time. It’s the largest tournament of all the IQA Continental Games. The last time the games were held was in Bamberg, Germany, in 2019, and 20 teams attended the event. Like before, the event will be held over five days, with workshops and educational sessions on the first two days and the tournament on the last three days.

The IQA Pan American Games will happen for only the second time. The first time, they were held in Richmond, Virginia. It should be only a four-day event, with the first two days for workshops and educational sessions and the last two days for the tournament. The IQA expects that four to ten teams will attend.

A bid can be submitted by national governing bodies (NGBs), local governments, event planning organizations, or community groups, and they have until September 30 to do so. The IQA encourages everyone to submit a bid even if it doesn’t fulfill all the requirements. These requirements are for the ideal bid.

The main requirement is about Muggle quidditch pitches. The IQA European Games need a minimum of five pitches, and the IQA Pan American Games a minimum of two pitches. All pitches must be 44 m by 66 m (48 yds by 72 yds), and the ideal ground is grass or artificial turf. The rest of the requirements are restrooms, changing rooms, availability of Wi-Fi, and tournament offices.

Since last looking for bids, the IQA has made some updates. The new requirements are about diversity, equity, and inclusion. Applicants now have to answer questions about any racist or anti-LGBTQIA+ occurrences in the past few years in the bidding location or if there is any anti-LGBTQIA+ legislation. This part of the application will be evaluated by the IQA’s BIPOC committee.

After the IQA receives all bids on September 30, it has time to evaluate them. The finalists should be announced by October 15, and the IQA will visit them between October 16 and 31. The final locations will be announced on November 19.