An Exciting New “Harry Potter” Lens Is Coming to Snapchat

It’s been an exciting month so far with all the celebrations taking place in honor of Harry Potter and the Sorcerer’s Stone‘s 20th anniversary. Currently, we’re looking forward to the upcoming four-part competition series Harry Potter: Hogwarts Tournament of Houses, of which the first episode will be airing on November 28 on Cartoon Network and TBS. Now, Snapchat has jumped in on the fun and created a new Harry Potter Lens to allow fans to feel like they are a part of this special occasion.

Snapchat teamed up with Warner Bros. to create a brand-new Harry Potter Lens that Potterheads will love. Using augmented reality, they created a virtual experience that will allow fans to take part in the magic from home while donning their House colors. The Lens creator, Hart Woolery, aimed to capture the feel and culture of Hogwarts with this new creation, which launches on November 26, just before the premiere of the show.

Being the first-ever television event from the ‘Harry Potter’ franchise, Snap & Warner Bros. wanted to create a Lens experience for true ‘Harry Potter’ lovers to celebrate the cultural moment in style and bring some of the fun to Snapchatters watching from home. I was inspired by [the] imaginative nature of the ‘Harry Potter’ series, the visual effects created for the films, and the feeling of camaraderie created by the Houses within Hogwarts School of Witchcraft and Wizardry.

Using the Lens will be simple: All you’ll have to do is speak to the Snapchat camera, and depending on your prompts, it will dress you in your Hogwarts House colors – you can even expect some face paint. Prompts will include phrases like “Go, go Gryffindor” and “take a Snap.” Do make sure that you take a picture of the Harry Potter Snapcode so you can start having fun with this Lens when it launches. You’ll also be able to find it in the Snap Lens Carousel in the lead-up to the premiere. 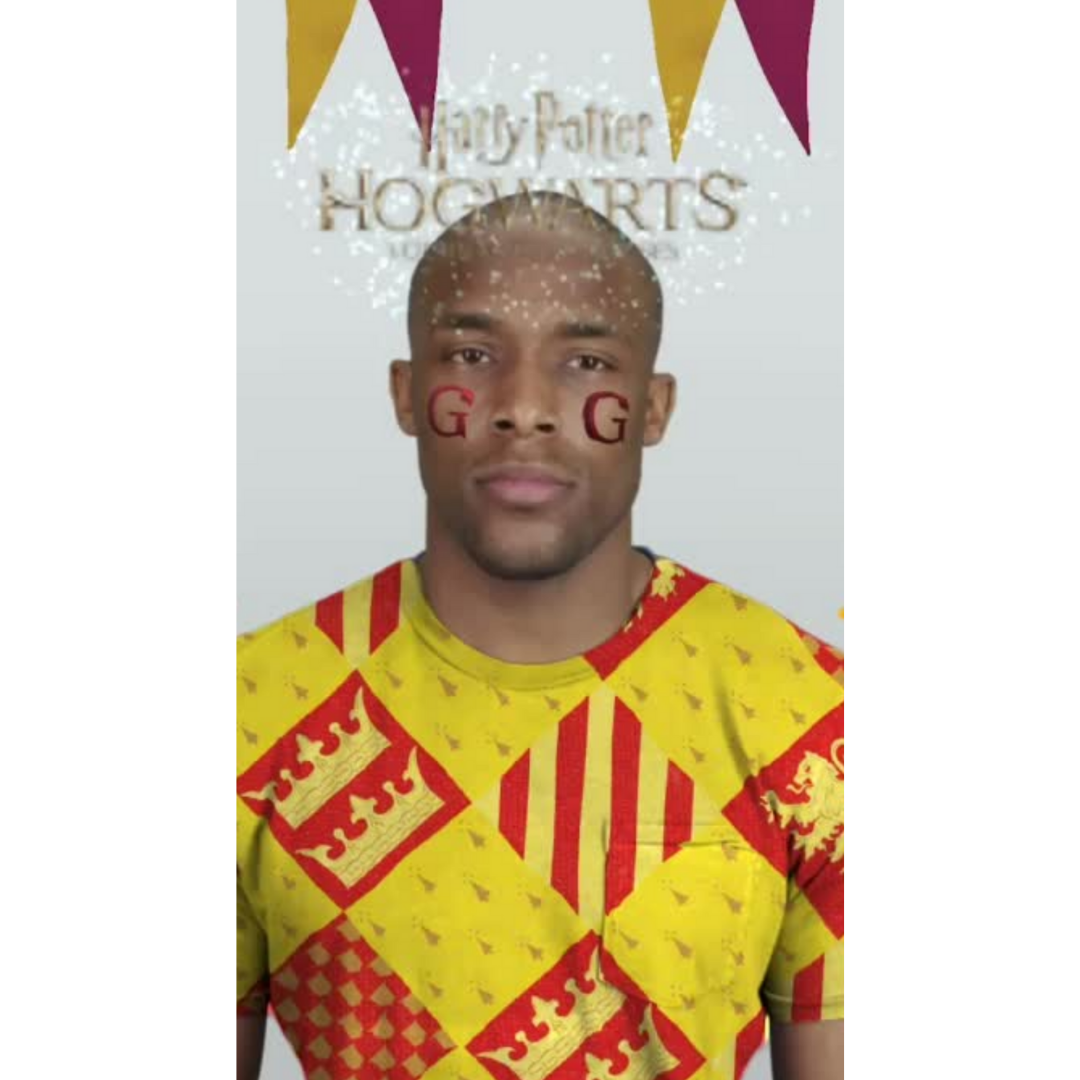 If you don’t already have Snapchat, now is as good a time as any to download it and prepare to have some amazing and magical fun. We can’t wait to see everyone’s pictures.