Ten Behind-the-Scenes Facts We Think About a Lot

Unusual occurrences, interesting cases, and mind-boggling discoveries are nothing new in the wizarding world. The films’ behind the scenes were also nothing short of magical and gave us some insightful information about what goes on in Hogwarts and beyond. Here are ten fascinating behind-the-scenes facts from the films that we can’t help but think about a lot. 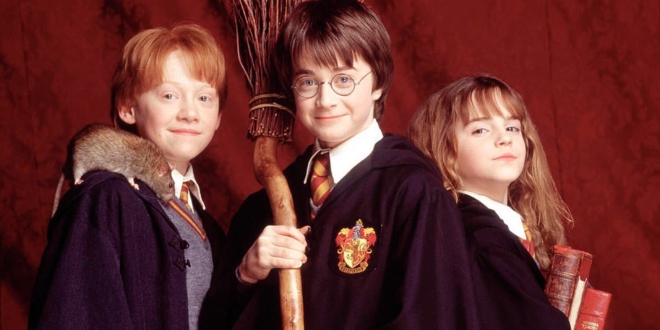 1. Rupert Grint has confessed that he, like his on-screen counterpart Ron Weasley, is terrified of spiders. The actor is so afraid of spiders that he inspects his shoes before putting them on every day to ensure there are no creepy crawlies within. We used to think about the way he acted in that particular scene so naturally, and now we know why.

2. Tonks’s hair color was changed from pink to purple in the films to make her appear unrelated to Dolores Umbridge. We believe it would have worked even without the variation because of the differences in their demeanors. It would have been interesting to keep the same hair color for Tonks even if Umbridge is associated with pink – just to show the contrast between them and that color doesn’t really belong to any one character.

3. All the food you see in the Great Hall in the first film is 100% real. If only we could have some of the treacle tart and roasted chicken…

4. Luke Newberry was cast as Teddy Lupin in Harry Potter and the Deathly Hallows – Part 2; however, he was deleted from the film’s ending and was only mentioned to Harry by Remus. He also does not appear in any of the deleted scenes, but you can see him behind Draco’s family in the “19 years later” scene. It would have been like an homage to Remus and Tonks to show their son in the film, especially because he was close to Harry. Plus, it would have been an emotional scene for many readers of the books.

6. Ralph Fiennes first wore tights under his Voldemort robes, but the gusset would slip down and make it difficult to walk, so he eventually wore stockings and garters while shooting. Just think about the work the actor had to do to become the graceful Lord Voldemort. All right, there is no reason to imagine Voldemort wearing stockings – but just think of it.

7. The Hogwarts Restricted Section scene was shot at Oxford’s Bodleian Library, and the Harry Potter filmmakers were among the first to do a scene there. Isn’t it wonderful?

8. Michael Jackson approached the author about creating a musical based on Harry Potter, but his request was turned down. Just think about what would have happened if it had been a thing! We are not saying it would have been good or bad, but it would have been unique and grand, to say the least.

9. Tom Riddle’s name is different in each translation of the movies. For a bloke who must not be named, he does have many names in different languages. For example, in French, his name is Tom Elvis Jedusor, which is an anagram for “Je suis Voldemort,” and in Icelandic, his name translates to Trevor Délgome – yes, Trevor like Neville’s toad – which is an anagram for “Ég er Voldemort.”

10. Despite being called a “great wizard” several times, Harry did not cast a single spell in the first film. Yes, it is true. It took us one whole re-watch to prove it. Go on – look it up.

Which one of these behind-the-scenes facts did you find the most fascinating? Let us know in the comments section below.