We’re over halfway through November, and the mysteries are on the rise in Harry Potter: Hogwarts Mystery. From investigating injuries to taming chupacabras, there’s a lot to unpack here, so let’s catch up.

We recently found out that Jacob was injured during one of his quests. In his unconscious and wounded state, he mumbled some information about dragons and “Ryu.” In Chapter 22, we started investigating what these clues mean. “Ryu” is unfamiliar to most characters, but after we spoke with Merula, she revealed that the library’s Restricted Section would have information on what caused Jacob’s odd burns. While doing research, the name of a Mahoutokoro professor, Dai Ryusaki, came up and gave us a good idea of where to go next for more answers.

Chapter 23 starts off with more research. We decide to catch up with Corey and see if they have any information on this professor, and surprisingly, they do. One of Corey’s favorite tales is the Legend of Dai Ryusaki and the Dark Scroll – but they’re unsure if there’s any truth behind the legend. We relay this information to Professor Dumbledore, and he seems to know the spell that caused Jacob’s injuries and is willing to help. We let Madam Strout know this information, and she is happy to adjust Jacob’s treatment. We see Chiara at St. Mungo’s and tell her the good news but also admit to feeling overwhelmed and out of control by these situations. The Circle of Khanna decides to come together to offer some much-needed support, and while we’re relaxing with friends, we get good news that Jacob is awake and wants to see us. When we arrive, he has quite the tale to recount.

There’s a lot going on for our characters, so maybe some downtime with new creatures is what we need. A chupacabra is refusing to eat or sleep after a traumatic encounter in a nearby wizard village. It’s up to us to comfort this creature and build a relationship with it while also proving that chupacabras are not blood-sucking monsters. 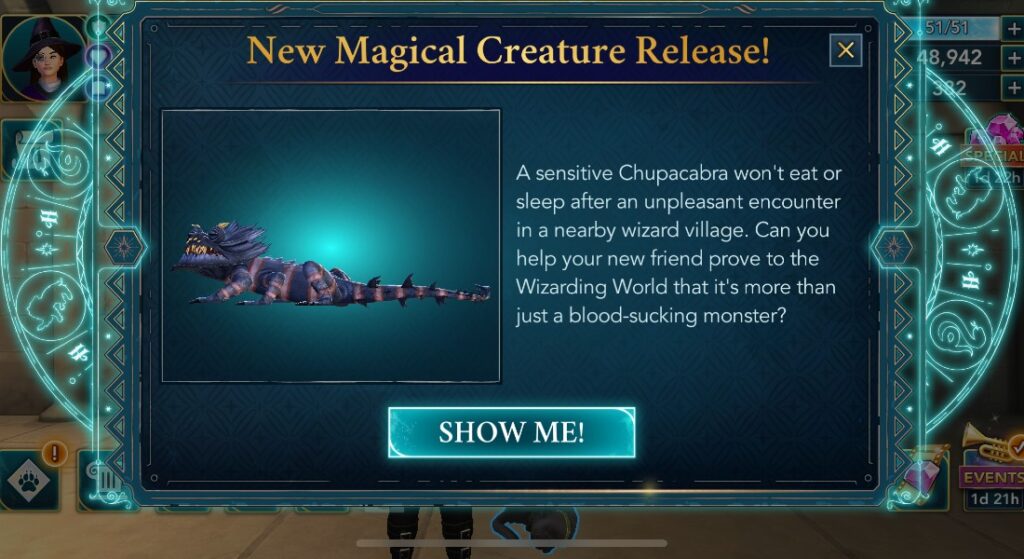 If creatures aren’t enough to get your mind off everything, maybe some Quidditch will help. The Legendary Snitch of Hogsmeade is a Year 2 achievement that will lead us on a quest to find a legendary Snitch. It’s time to start practicing those Quidditch maneuvers – this is something you won’t want to miss.

Some players have a new event happening in-game called Puzzling Potions. This event is similar to other events in-game where you complete certain tasks and earn magical rewards. To be eligible for rewards, players must collect potion bottles by completing tasks and using the bottles to discover hidden ingredients. We suspect this might have been Professor Slughorn’s idea. 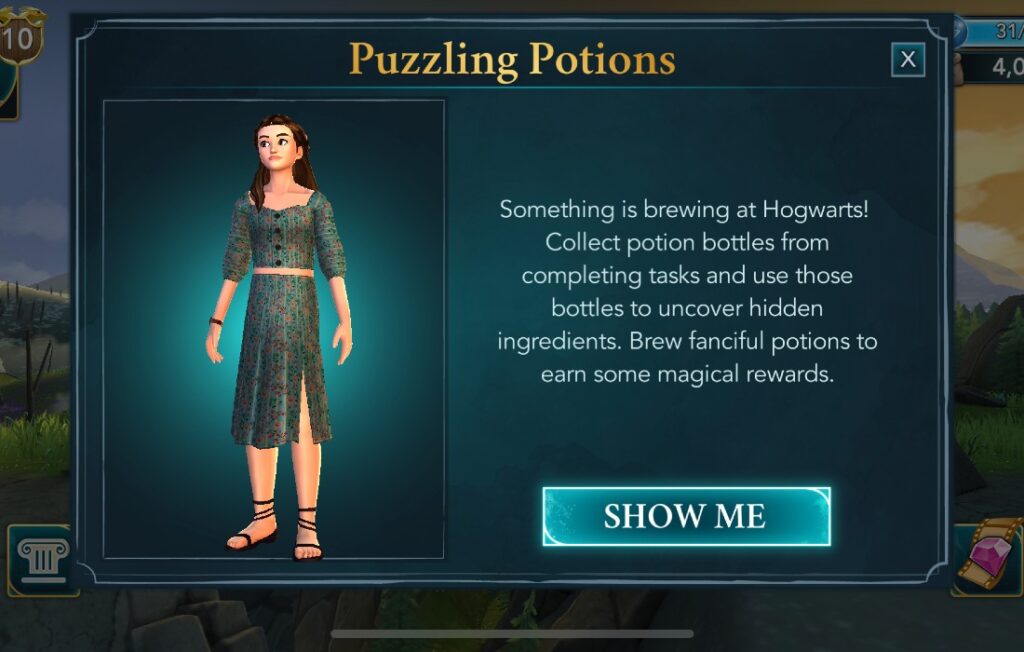 There’s no shortage of quests and adventures in Hogwarts Mystery. Which chapter has had you hanging on the edge of your seat lately?