Tom Felton, known for his portrayal of Draco Malfoy, was one of the celebrity guests at TGS Toulouse 2021 in Toulouse, France. During his panel and Q&A, he shared some good memories from back when he was making the Harry Potter movies, and he also sang a couple of songs. 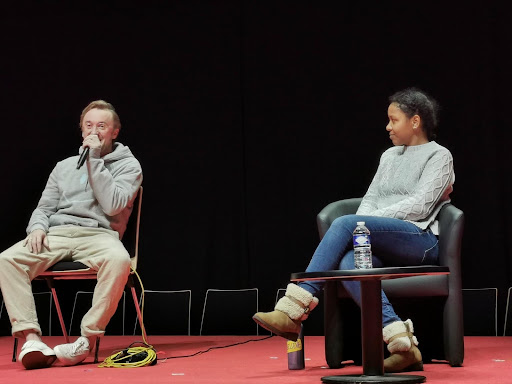 One of the things that Tom wondered at the beginning of the panel was how many people in the audience were even born when the first Harry Potter movie came out. He then proceeded to say, “We never set out to make eight films, or even seven… it was just one, then one more, then one more. It was never like, ‘this is gonna be a huge success.’ It’s only towards the end when we realized how widely people were enjoying these.” He also mentioned that he is really proud of being part of Potter and that he has seen the impact that it has had on people.

Someone in the audience asked what his relationship was like with his co-star Daniel Radcliffe (Harry Potter). He said that when they were filming Harry Potter, only one percent of the day was Potter and Malfoy, but most of the time, it was just Tom and Daniel. He confessed that he looks up to Daniel even though Daniel’s younger and shorter than him. 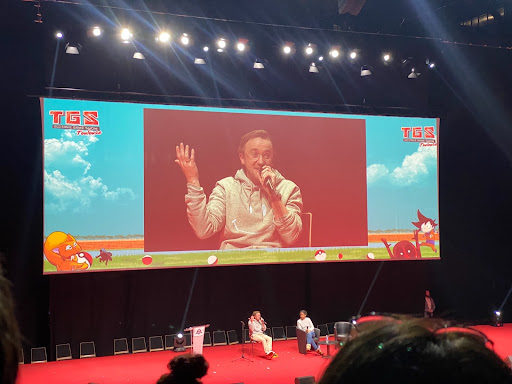 Tom acknowledged that he changes his favorite character all the time. He said, “Gilderoy Lockhart has always been a favorite of mine. He’s such an idiot, and he is hilarious in his brashness – how bold he is, how arrogant he is. My least favorite is Dobby; I don’t know why, I just really don’t like Dobby, sorry.”

Tom shared a behind-the-scenes memory that he had with his co-star Alan Rickman, who portrayed Severus Snape. He said during the first take of the scene when Death Eaters are walking through the halls of Hogwarts in Harry Potter and the Half-Blood Prince, he was walking behind Alan, tried to look up, and stepped on Alan’s cloak that was attached to his neck. It almost pulled him to the floor. Tom said, “I’ve never been more scared in my life.”

Tom told the audience, “I’m really proud of being part of “Harry Potter” and keep spreading the positivity.” He proceeded to add, “I have no problem with not moving on from “Potter” and no problem reliving my memories and sharing them with everyone because it makes people feel good, and it makes me feel good.” He mentioned that one of the best things that have ever come out of Potter movies is that they inspire creativity. He still feels that the Harry Potter fandom is not going away.

At the end of the Q&A, he delighted the audience by singing a couple of songs. 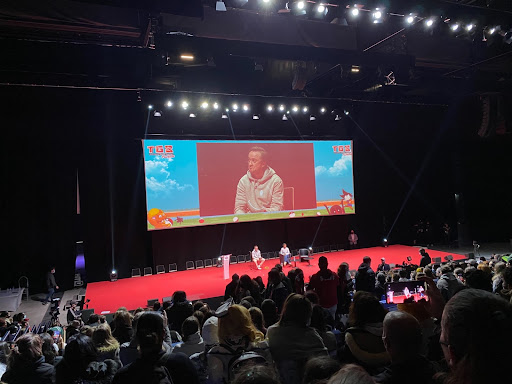 Did you get to see Tom Felton at TGS Toulouse? Share your experiences below!