Many fans were disappointed with Harry Potter and the Cursed Child. This was mostly because we felt that the creators, even the author herself, forgot the world. The original series had set magical rules in place, yet Cursed Child felt like a lazy, surface-level understanding of the series. Contradictions to the original world made this show a sloppy mess. We would love to cover it all, but for the sake of time, we would like to focus on the magical world and the rules that were established within the original canon. (We’ll save a character discussion for later!) 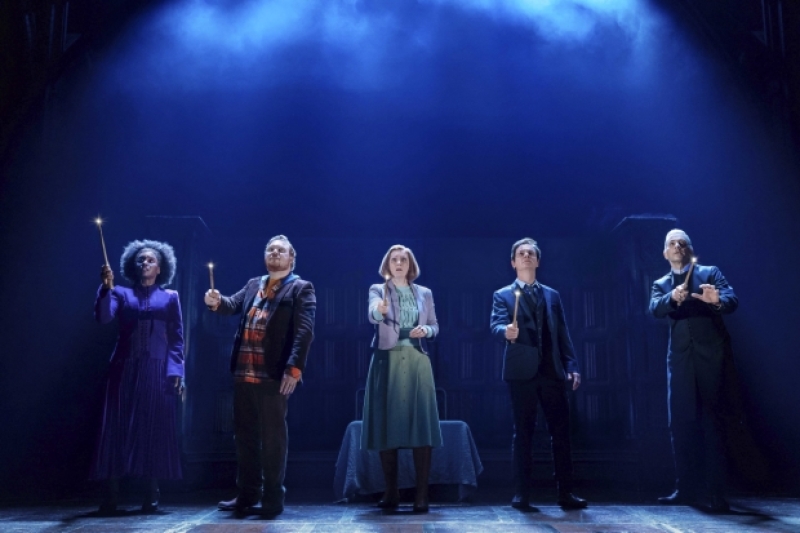 The pain in Harry’s scar returns, he understands Parseltongue, and he has premonitions. But within the original canon, all of this disappeared the second Harry killed Voldemort. Cursed Child explains this away by saying that Harry has to be physically and mentally rid of Voldemort to break the connection. But we don’t buy it, and neither do a lot of fans.

The Trolley Witch’s very existence, as she explains on top of the Hogwarts Express, is to protect the students and prevent them from ever leaving the train. But where was the Trolley Witch when Luna was kidnapped by Death Eaters on her way home in Harry Potter and the Deathly Hallows? Also, what is the Trolley Witch’s real name, and why don’t the adults use it?

Polyjuice Potion is extremely complicated. This was established in Harry Potter and the Chamber of Secrets when Hermione worked on it in the bathroom for a month. Now, we can excuse Delphi for knowing how to brew Polyjuice Potion – she could have made her brew well in advance. But somehow Albus is conveniently really good at making Polyjuice Potion? When did he master this, and how did he make a batch so fast?

Also, why does Polyjuice Potion now smell like fish? Nowhere in the original series is this established. In fact, each dose of potion tastes different depending on whose hair is used.

Not only was time travel in Harry Potter and the Prisoner of Azkaban stressed as something incredibly dangerous, but it was also so problematic that the author herself had all the Time-Turners destroyed in Book 5. In an article on Pottermore, it is said that traveling back in time any further than five hours could seriously harm the travelers themselves – FIVE HOURS. In the course of the show, Albus and Scorpius travel back 22 YEARS five times – and once back 35 years to when Harry was a baby. Time travel within the world of Harry Potter also messes with your age, which would mean Albus and Scorpius should have aged x amount of times every time they traveled.

The time travel in Cursed Child is insanely out of the bounds of how time travel works within the original magical world.

Delphi convinces Albus and Scorpius to save Cedric by going back in time to the Triwizard Tournament and interfering at the First Task. But we know from Harry Potter and the Goblet of Fire that a hazy protective shield is put around the stadium in the First Task. This was done for two reasons: first, to protect the spectators from being injured; second, to prevent any interference from the crowd. And yet no shield exists in Cursed Child, making it incredibly easy for Albus to use Expelliarmus on Cedric. It’s almost as if we imagined this protective shield that was written in Goblet of Fire…

Also, three strangers are moving through a maze – with spectators watching in the Quidditch stands – and yet no one wonders what they are doing?

Transfiguration is extremely complicated. Human transfiguration isn’t even taught until the sixth year and starts with just changing hair color. In Deathly Hallows, Hermione is only able to slightly alter Ron’s appearance, not completely change his form. This is what makes transfiguring an entire body in Cursed Child so unbelievable, especially into someone as supernatural as Voldemort.

We’re going to sidestep the Voldemort-had-a-child minefield and focus on the timeline of Delphi’s birth.

Delphi reveals that she was born right before the Battle of Hogwarts. But the probability of this is slight. Say Bellatrix was pregnant at Malfoy Manor – how is it that no one noticed, not even the Malfoys? Are we to believe that she was pregnant and gave birth right under everyone’s nose, yet no one knew? Was this right before she tortured Hermione or after? Was she performing at her peak while post-partum during the battle?

The birth of Delphi just does not add up within the original timeline.

Did you notice any other plot holes within Cursed Child? Comment below.