As we previously reported, US Quidditch Cup was held on April 23–24 in Salt Lake City, Utah.

US Quidditch Cup is one of the largest Muggle quidditch tournaments in the United States. This year, 69 teams participated, divided into two divisions: 38 teams in the collegiate division and 31 teams in the club division. Only two of them could have been winners.

After the Sunday full of games, the single-elimination bracket reached its end. In the final game, Creighton Quidditch and Texas Quidditch competed in a very exciting match. The final score was 185–180, and in the end, Texas Quidditch won and became the champion of USQ Cup 2022. This is the second time that Texas Quidditch has been named champion since the club and collegiate divisions split in 2017, tying Texas Quidditch and Middlebury College for the most national titles. 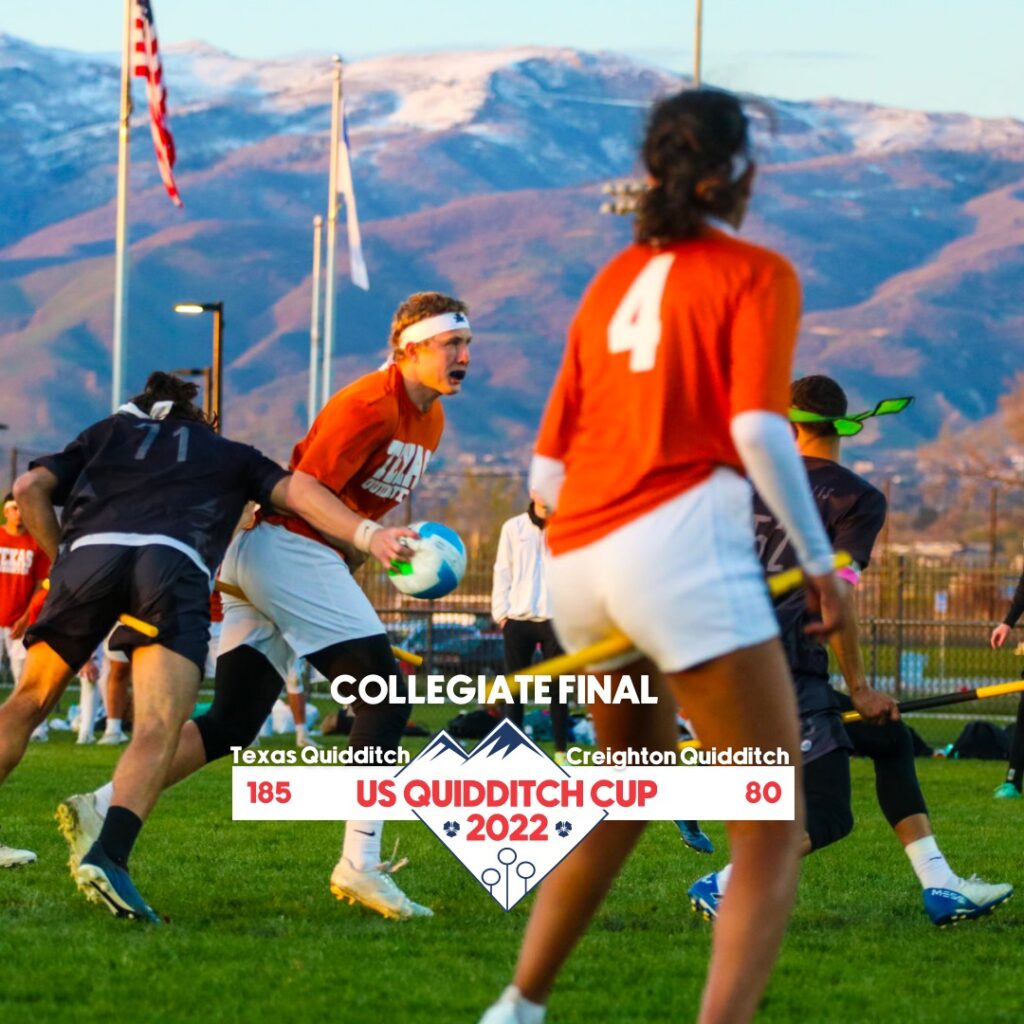 The final score from the collegiate final of US Quidditch Cup 2022, where Texas Quidditch and Creighton Quidditch competed against each other, is shown. 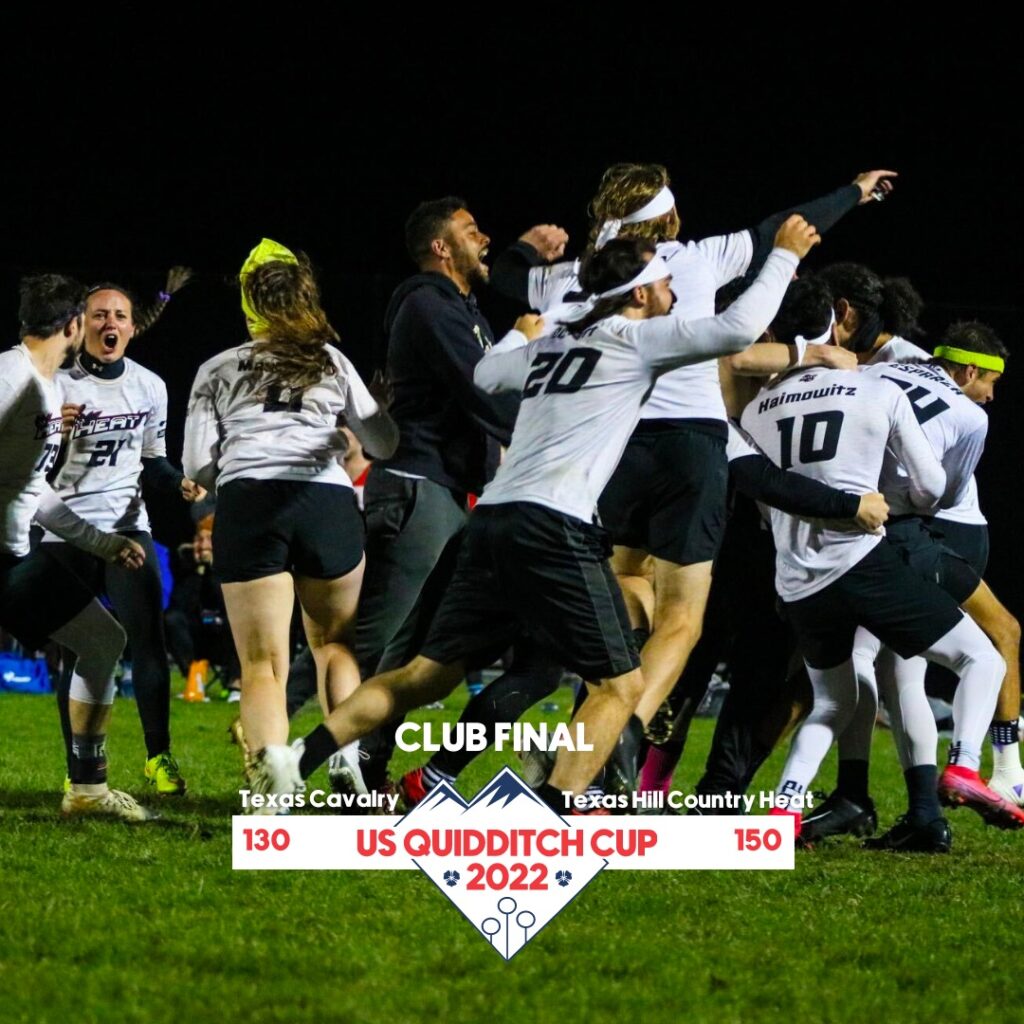 The final score from the club final of US Quidditch Cup 2022, where Texas Cavalry and Texas Hill Country Heat competed against each other, is shown.

As we previously reported, there was a team volunteer contest. The team that had the most hours of volunteering won a free team membership and nine free player memberships. This contest was also won by Texas Quidditch. Mizzou Quidditch won second place, and Penn State University won third place. Both received one free team membership.

Now, USQ Cup staff would love to hear feedback on the event that will be helpful for next year. It’s already known when and where the next USQ Cup will be: USQ Cup 2023 will be held in Valley Forge, Pennsylvania, April 15–16, 2023.