The Importance of Books in “Harry Potter”

There is no way to avoid books when it comes to the wizarding world. They play an integral part in the Harry Potter series. They advance the plot and allow the characters to learn more about the universe they live in. Books, however, are also extremely dangerous, as Lord Voldemort to become the person that he is.

Some of the first books we see within the series are the textbooks students use in class. Several different textbooks used, such as A History of Magic and A Beginner’s Guide to Transfiguration. Some textbooks, such as The Standard Book of Spells series by Miranda Goshawk, build upon previous knowledge, with the subsequent edition being used with each new school year. New textbooks are also introduced as students are allowed to choose their own subjects when it comes to their third year. These books are extremely useful as they give students the knowledge that they need to pass their exams as well as teach them the skills they need. Most of these books are ordinary books, there is nothing unusual about them, but there are a few exceptions to this. The Monster Books of Monsters and The Invisible Book of Invisibility are two examples of this that show that books have been enhanced in this universe, even if this is to the detriment of the reader. 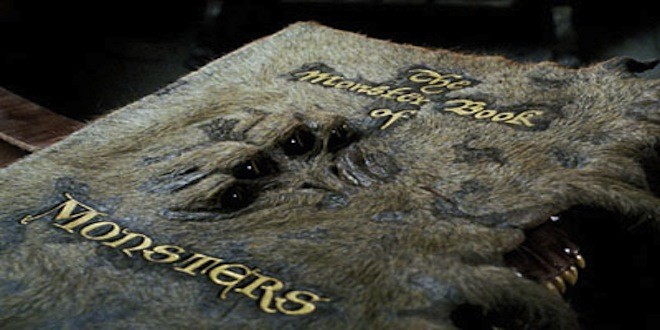 As well as textbooks allowing the characters to progress each year, Hogwarts has a library that allows students to do extra research or some light reading, as Hermione says. These books can be helpful. They allow students to look up more about what they are studying to complete their homework without the need to spend more money on books they may only need one or two chapters for. However, there are books that are kept in the restricted section. They are deemed inappropriate for younger students, and students often need permission from teachers if they want to read these books. This is for good reason, as a lot of the magic they are about is dark magic. These books are also featured within the series, with the books being used for both good and evil. Harry, Ron, and Hermione get Moste Potente Potions out to research Polyjuice Potion so that they can find out if Draco Malfoy was the heir of Slytherin and the one attacking the Muggle-borns. Tom Riddle, however, uses them for evil. They are the books, such as Secrets of the Darkest Art, that first tell him about Horcruxes and so prompt him to ask more about them. With this knowledge, Tom becomes Voldemort and the powerful evil threat that he is within the series. 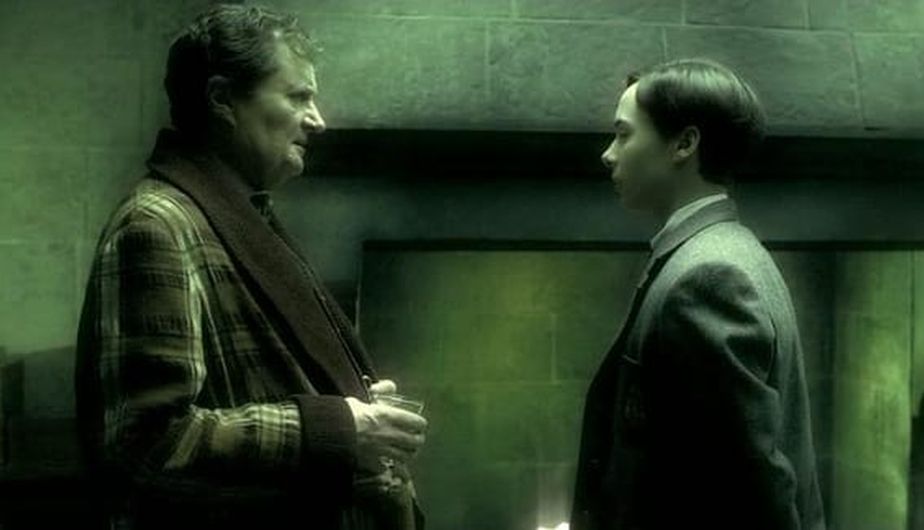 Textbooks are not the only books within the series. The most notable example has to be Tom Riddle’s diary. At first, this book seems like a simple diary that uses Ginny to open the Chamber of Secrets. It is later revealed in Harry Potter and the Half-Blood Prince that this diary is not in fact, just a simple diary but a Horcrux. When Harry gives Dumbledore the diary at the end of the second book after he has destroyed it, Dumbledore is able to use what he knows about Voldemort to work out that he has been successful in creating Horcruxes. 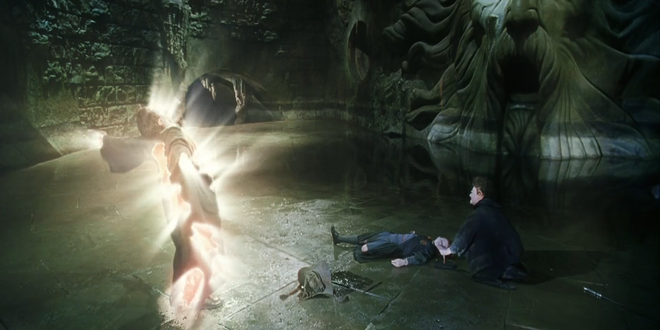 Books play an important part in the trio’s quest to defeat Voldemort. The diary is what confirms Dumbledore’s theory that Horcruxes have been made. Two other books play an important part in this quest during Harry Potter and the Deathly Hallows. The first book is The Life and Lies of Albus Dumbledore. Hermione acquires a copy from Bathilda Bagshot’s home, and it is this book that leads Harry to the discovery of the Deathly Hallows. This book, though most likely full of Rita’s overexaggerated writing, shows letters between Grindelwald and Dumbledore, the latter of whom signs his name with the Deathly Hallow symbol. Hermione realizes the symbol keeps popping up everywhere, from Luna’s father’s necklace at Bill and Fleur’s wedding to the grave at Godric’s Hollow, and it is this symbol that encourages them to visit Xenophilius. 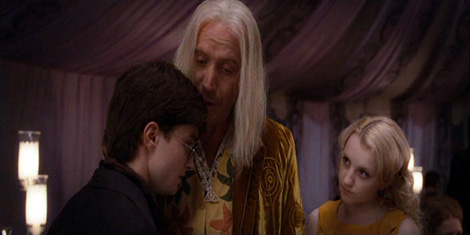 The Tales of Beedle the Bard is the second book that helps the trio in regards to the Deathly Hallows. When they visit Xenophilius, they read The Tale of the Three Brothers and learn about the Deathly Hallows. Though Dumbledore didn’t want Harry to abandon his Horcrux quest for the Deathly Hallows, he did want to inform Harry about them, and this was the way he did it as he hoped the connection would be made. It is this knowledge and wand lore he spoke to Ollivander about that allowed Harry to work out the true loyalty of the Elder Wand and ultimately defeat Voldemort. 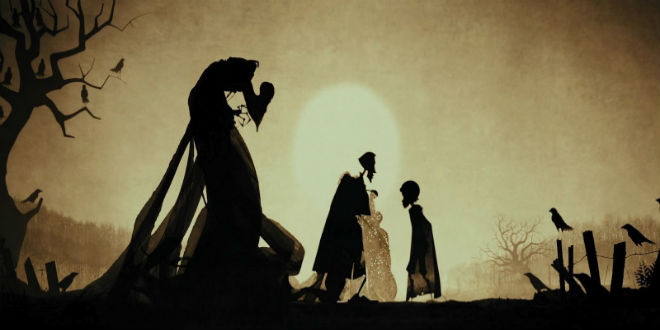 From helping Tom Riddle to become Voldemort to allowing students to study and learn magic that is ultimately used in the defeat of evil during the Battle of Hogwarts, it is easy to see that books are extremely important within the Harry Potter series and that without them, the plot would have been entirely different.