Dan Fogler is a man of many talents. Many Potter fans came to know him as the lovable Jacob Kowalski in the Fantastic Beasts films, and his acting range continues to land him signature roles. One of Fogler’s most recent roles, as Francis Ford Coppola in The Offer on Paramount+, is getting a lot of attention. Fogler opened up about his excitement about this role in recent interviews, and this could be a great series to put on your “to be watched” list.

The Offer is a biographical drama miniseries that goes behind the scenes of the creation of The Godfather by Francis Ford Coppola, which is based on the novel by Mario Puzo. This series shows the audience the trials and tribulations of getting the film made and how it almost didn’t happen. You can stream the ’70s dream team series now. 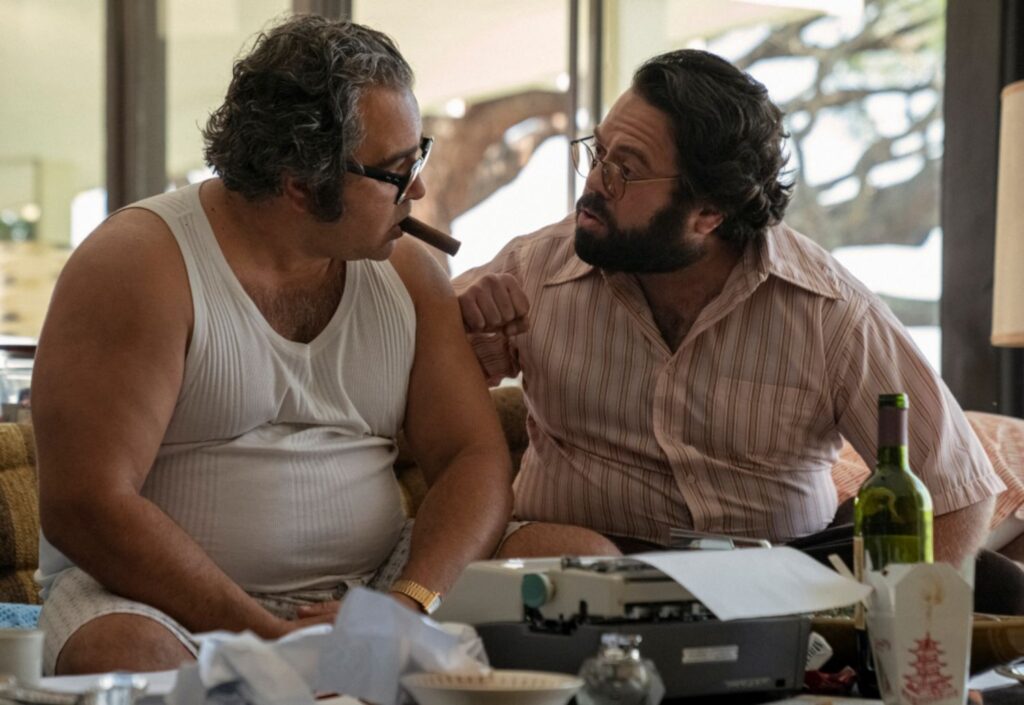 Dan Fogler and Patrick Gallo in “The Offer”

Fogler admits that when he became an actor, The Godfather affected him professionally. He grew up with the film always being part of his life and culture in subtle ways.

Between Part 1 and Part 2, you cover all of the great actors and such amazing performances. I watched it, studying them, and really, that was my master class. Those movies are really when I first started realizing, ‘Oh, I want to do this stuff.’ I would pick an actor like Brando or Pacino or De Niro and reverse engineer, watch all their movies. ‘Godfather’ was the catalyst.

Before taking on the iconic role of Coppola, Fogler had a one-on-one conversation with James Caan, who starred in The Godfather. Fogler reveals that talking with Caan gave him “some great little feedbacks” and that “little gems like that were really helpful” when it came down to this character. You might recognize some other stars in this film like Miles Teller (The Spectacular Now, Fantastic Four), Matthew Goode (The Imitation Game, Watchmen), Burn Gorman (The Dark Knight Rises, Pacific Rim), Giovanni Ribisi (Sky Captain and the World of Tomorrow, Avatar), Colin Hanks (King Kong, The House Bunny), and Juno Temple (Atonement, Horns). If you haven’t started the series, the trailer looks intriguing.

Fogler did an interview with his costar Patrick Gallo for Collider, and they both discussed the surreal pressures of taking on their characters, learning to own their performances, and the importance of finding a really good cannoli – which is something we can all agree on.

In another interview for Screen Rant, Fogler and Gallo talked about the struggle of actually getting the film made. The series dives into how it almost didn’t happen and the way everything came together for one of the greatest films of all time.

Fogler can’t help but hope that Francis Ford Coppola sees his portrayal of him in The Offer but also understands if he doesn’t.

I would love for him to see it. That would be the ultimate stamp of approval for him to say ‘I love what you did.’

Fogler thinks the series will have people getting back into The Godfather or discovering the movie for the first time, and that in itself is magic.

Have you started on The Offer yet? If so, what are your thoughts on the series?