Sorting “Friday the 13th” Characters into Their Hogwarts Houses

Just in time for 2022’s only Friday the 13th, we watched the 1980 version of Friday the 13th to Sort characters into their Hogwarts Houses. Friday the 13th follows several young camp counselors as they work to reopen a summer camp that had been closed due to unfortunate incidents in the past. This isn’t the first horror franchise we’ve Sorted characters for, but this is the first time we’ve made a visit to Camp Crystal Lake. Settle in and be wary of the water as we Sort five characters from the film. 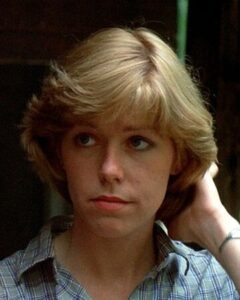 Alice, a camp counselor, is the only one who faces off against Mrs. Voorhees.  Her bravery and courage cause her to offer to go with Bill to check on the other counselors after hearing screams, and the way she fights off Mrs. Voorhees shows incredible courage. Though she exhibits Hufflepuff traits with her hard-working attitude and Ravenclaw traits with her quick thinking, her inner Gryffindor is what allows her to survive her situation. 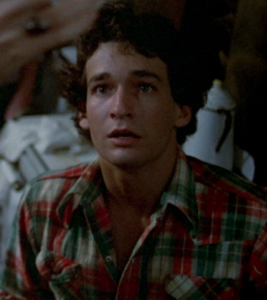 Bill, a camp counselor and handyman, is definitely a Hufflepuff. When a snake appears in a cabin, he is worried about killing it right away. He is the one to go out and check on the other camp counselors throughout the night, even telling Alice to stay and sleep while he checks on them. As soon as he comes back and hears that another counselor is missing in action, he goes right back out into the freezing rain of the night. His caring and helpful nature make Hufflepuff a perfect fit. 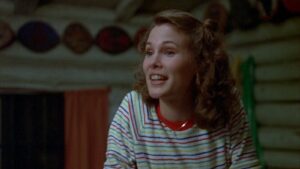 Brenda, another counselor, is the hardest to Sort on this list. She exhibits traits from all the Houses, but her Ravenclaw traits are the most distinct. She trusts her intuition when she thinks something is wrong after hearing a strange voice, and she’s certainly creative with her version of Monopoly. She’s considered intelligent by the rest of the counselors because she knows what different vitamins do for the body, but we think her other Ravenclaw traits stand out a bit more. 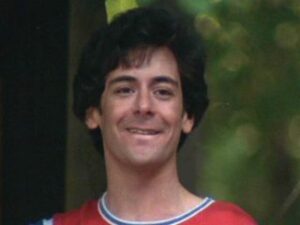 Ned — yet another camp counselor — is a textbook Gryffindor. He has plenty of courage to show, like being unafraid of a snake in a cabin and going after the unknown individual he sees by the lake even though it leads to his demise. He even shoots an arrow toward Brenda while she’s setting up practice targets on the archery range, which takes quite a bit of nerve and confidence in his own abilities. 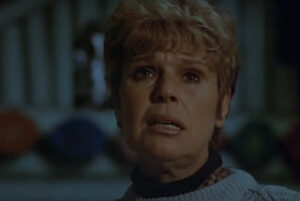 Mrs. Voorhees may be the antagonist of the film, but that’s not why she’s a Slytherin. When her son, Jason, drowned at Camp Crystal Lake, she chose an atypical way to grieve, to say the least. She was determined to keep the camp from opening again years later, and only someone with quite a bit of ambition could commit the acts she did. Like the Sorting Hat says in Harry Potter and the Sorcerer’s Stone, Mrs. Voorhees certainly uses any means necessary to achieve her goal of keeping the camp from opening.

What do you think of our placements? How would you Sort these characters? Tell us in the comments below!