Welcome to this week’s Casting News! After last week’s trip to the Star Wars universe, we’re staying firmly in our own galaxy this week. We’ve got a new teaser featuring Ralph Fiennes, the first-look image from Helena Bonham Carter’s upcoming show, and much more. Castium Revelio!

First up, though, we’re celebrating Pride Month with a new role for Stephen Fry (narrator of the UK audiobooks). He has been announced as part of the cast of Amazon’s upcoming LGBTQ+ film Red, White & Royal Blue. The film will be an adaptation of Casey McQuiston’s book of the same name and follows the relationship between Alex, the son of the president of the United States, and a British prince called Henry. Production is set to begin later this month.

While Fry has a new project on the horizon, Gary Oldman (Sirius Black) will be sticking to one particular show for some time. His spy drama Slow Horses has been renewed for two more seasons! Apple TV+ announced the renewal before dropping Season 2 of the show later this year. These two new seasons will be adapted from the third and fourth novels of Mick Herron’s book series Slough House.

We’ve got a clip of a new short film produced by Alfonso Cuarón (director of Harry Potter and the Prisoner of Azkaban). It will premiere at the Cannes Film Festival and will screen at multiple other film festivals before hitting Disney+ later this year. The film is called The Pupils and is a coming-of-age drama set in a Catholic boarding school during a fictional war.

David Tennant (Barty Crouch Jr.) has helped to raise £16,500 for Accord Hospice‘s 40th anniversary. The hospice was founded by Tennant’s parents in his hometown of Paisley. The money was raised through a raffle of some Good Omens goodies from the set of the show’s second season, including memorabilia signed by the original novel’s author, Neil Gaiman. Doctor Who memorabilia and Accord Hospice T-shirts were also included in the prize pot.

Charity work isn’t the only thing Tennant has been up to recently. He’s set to star in Good, an upcoming play about a German professor who must adapt in order to survive a move toward world war. New dates for the play were announced earlier this week, with an 11-week run starting on October 6 at the Harold Pinter Theatre on London’s West End. Tickets go on sale this Wednesday. Will you be hoping to get tickets?

Next up is a new teaser trailer for Ralph Fiennes‘s (Lord Voldemort) upcoming comedy-horror film, The Menu. Fiennes stars in the film as the head chef at an exclusive restaurant on a remote island, but when guests start to be served their dishes, they come across some horrific surprises. Check out the teaser below and let us know what you think!

We know that it’s not even summer yet in the Northern Hemisphere, but our next story has got us in the Christmas spirit already. Dame Emma Thompson (Professor Trelawney) has teamed up with illustrator Axel Scheffler to write a Christmas-themed picture book. The book is called Jim’s Christmas Spectacular and is set to be released on October 27. It centers around Jim, the dog of the founder of the Victoria and Albert Museum, and the story of how his owner sent the first Christmas card.

Last but certainly not least this week, we have a first-look image of Helena Bonham Carter (Bellatrix Lestrange) in ITV’s upcoming drama Nolly. The show, which is written by Russell T. Davies (It’s a Sin), will focus on the life of legendary soap actress Noele Gordon, who spent over 18 years portraying Meg Mortimer in Crossroads before she was removed from the show with no explanation. Check out the first-look picture of Bonham Carter in costume as Noele Gordon below! 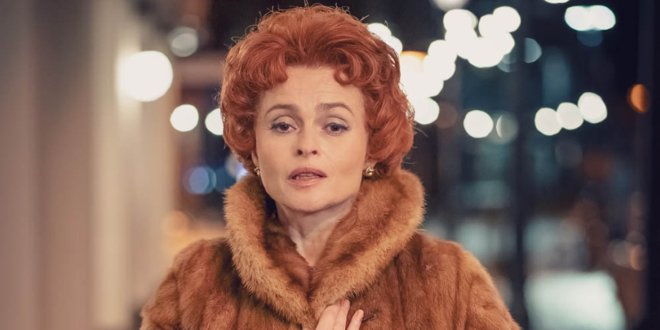 That’s a wrap on this week’s Casting News! Which of these new projects are you most excited to see when they are released? Let us know in the comments below.