Within Harry Potter, there is no shortage of connections to Greek Mythology. From the names of the members of the Black family to some of the fantastic beasts, it is clear that there was inspiration taken from the myths when the series was being written. One character who really stands out in connection to Greek Mythology is Sybill Trelawney. 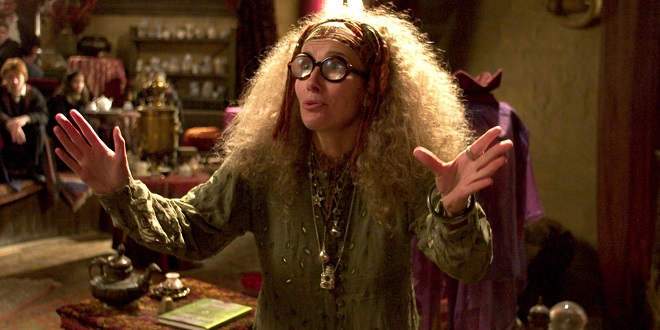 As a character, we don’t meet Trelawney until Harry Potter and the Prisoner of Azkaban. She is the Divination teacher at Hogwarts, and when we first meet her, she is presented as the odd teacher who hides away in her tower. She rarely interacts with others and is often treated as the laughing stock of the school that teaches a subject of no real substance. The first connection we get to Greek mythology is Trelawney saying her great-great-grandmother was the famous Seer Cassandra Trelawney. The name connects to Cassandra from the myths.

To fully understand Trewalney, though, we need to look back at the story of Cassandra rather than just the connection with the name. As with most Greek myths, the story has been told time and time again, with every version differing slightly. However, the essence of the story of Cassandra remains the same. She was born to King Priam and Queen Hecuba of Troy, and she herself was a priestess of Apollo. 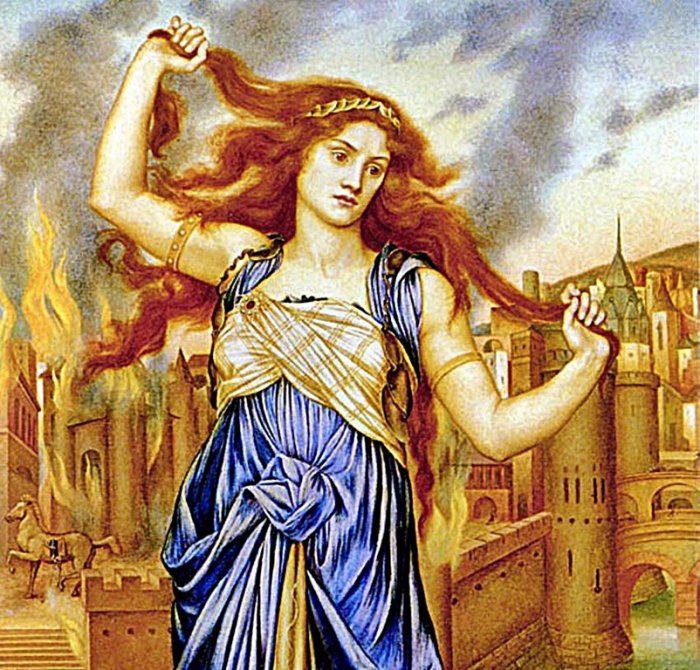 Different versions have different takes on how she got her powers, but many versions state that it was Apollo who gifted her with the ability to see the future. However, when she rejected his advances, he cursed her so that nobody would believe her even though she spoke the truth. Everything that Cassandra speaks does come to pass in the end, but nobody ever believed her about any of it. The idea of this is both horrific and tragic when looking at it in terms of modern feminism. Cassandra is her own person who is allowed to make decisions about what she does and who she is with, however. When she rejects Apollo, she is punished for this. The idea is horrific as she should be allowed to make this decision with no consequences, but instead, she is cursed. Not only does this impact her there and then, but it has a lasting impact on the rest of her life.

Nobody believes anything she says and fails to heed her warnings, such as her warning about what would happen if Paris went to Sparta to bring Helen back as his own. This, in turn, led to the Trojan war and the loss of life that came with it, and Cassandra’s own death. Looking in-depth at Cassandra’s story shows just how much she went through and how she suffered throughout her life. She sees tragedies and wants to prevent those she loves and cares about from suffering. She is, however, unable to, and many versions of the myth state she is driven mad due to this.

The idea of a Cassandra complex is when someone warns about something tragic that is to come, and they are ignored. Trelawney fits into this idea. Everyone thought that Trelawney was a fraud and that nothing she said was true. Even if she did predict the truth, it’s disregarded as being chance. Dumbledore himself even stated in Harry Potter and the Prisoner of Azkaban that after she made her prophecy about Voldemort rising again, the number of prophecies that she had made was now two. From this wording, it is clear that people often believe that the predictions she makes are untrue. 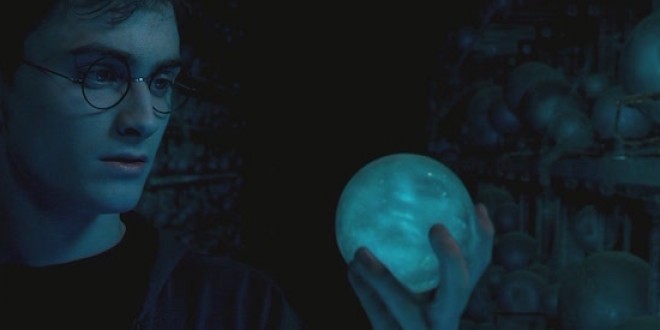 There are countless times throughout the series that Trelawney said something that came true. She was able to predict that the news that Lavender was dreading would arrive on October the 16th. She was able to predict someone would leave the Divination class. And although this one may seem more far-fetched than the others, she predicted Harry’s death. The majority of her predictions, however vague, do come true. Lavender does receive this news, and Hermione does, in fact, end up leaving the class. Harry dies in Harry Potter and the Deathly Hallows. These are only a few examples of when Trelawney’s predictions come true. Everything else, even her warnings about 13 to dine, the first to rise will be the first to die, were ignored and laughed off despite the fact they were true. Just like Cassandra, Trelawney’s warnings were ignored.

It is canon that Trelawney made up predictions when she was struggling to find work. This was before she started working at Hogwarts as the Divination professor, but there is little else known about her early life. There does some to be a sense of anger and resentment towards others regarding her gift. Others mocked her for her Inner Eye, something that she values and is proud of. Maybe the mastery of her Inner Eye may not have been as good as that of her ancestor, but there was talent there, something routinely ignored and mocked by those around her, much like the Cassandra of myth. Who wouldn’t become angry because of this? 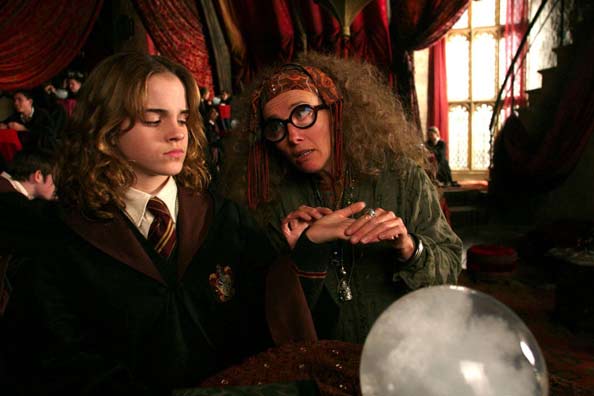 When you first meet her, Trelawney seems nothing more than a slightly odd teacher who doesn’t show much talent. Her predictions seem to be vague and easily disputed, but there is more to Sybill Trelawney than meets the eye. She does have a talent, and this is a talent that, much like in the myth of Cassandra, is often ignored. She is often laughed at and ridiculed, and very few of her predictions are believed when in fact, they are accurate to some degree. It is easy to see when all this is put together that Sybill Trelawney is quite a tragic character.