by S. M. Radtke of Instructables

Inspired by the inventions of the Weasley twins in the Harry Potter books, these two-sided confections are the perfect blend of hot and cool. Eating the red half will cause the heat to rise in your head. Cool the heat by biting into the blue half. This version of Fever Fudge may not affect Muggles as strongly as it does wizards. 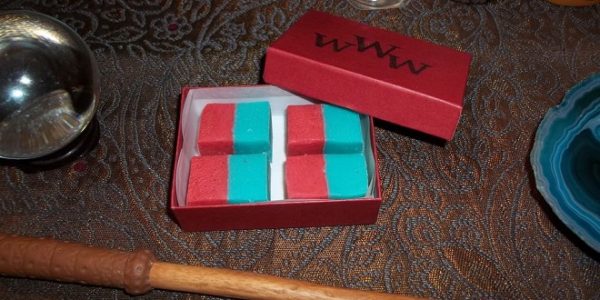