We’ve got three trailers to share this week, plus a new mythological role for David Thewlis and award nominations for Eddie Redmayne and Stephen Fry!

Ezra Miller’s secret “The Stand” role is out – and so are his underpants! Plus, Imelda Staunton crusades to save a Christmas tradition in this week’s edition of Casting News.

We’ve got James and Oliver Phelps talking on-set pranks and a first look at Gary Oldman in “Mank” in this week’s Casting News! Plus, Shirley Henderson is adding yet another magnificent character name to her growing list.

The rest of the year may still have some (good) surprises in store for us. We have the updates you’ve been waiting for and then some.

The Rise of Babu Frik: How Shirley Henderson Brought the Smallest Fighter of the Resistance to Life

Bet you didn’t know Shirley Henderson played such an important role in the “Star Wars” story. 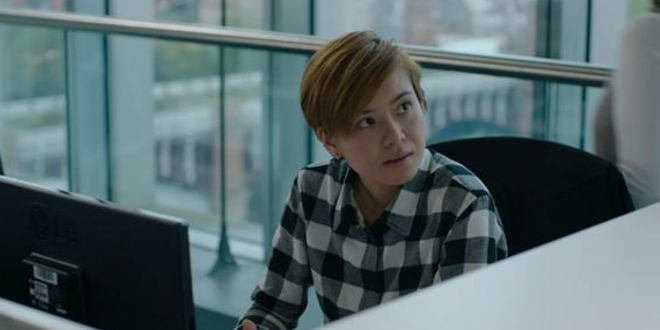 Castium Revelio: Bonding with the Batmobile

It turns out we’ll have to wait a while longer for the next installment in the “James Bond” franchise, but don’t be too disappointed – we have pictures of Batinson checking out his new Batmobile!

The ridiculously talented Gleeson family has several irons in the fire this week. You also have a chance to find out what Jason Isaacs thinks he can’t say in public and watch a new trailer from Hero Fiennes-Tiffin’s “After We Collided”!

We dare you to try to guess for what role Ralph Fiennes is currently under consideration. We’ve got that plus big news from Jude Law, Johnny Depp, Domhnall Gleeson, and many, many more in Casting News!