From April 9, 2010, to August 22, 2010, Harry Potter: The Exhibition was hosted at the Ontario Science Centre in Toronto, Canada. In addition to immersive experiences that make the attendees feel like they’re really in the films, exhibition staff was on site to answer questions and give everyone a look behind the scenes at what goes into creating such a unique show. 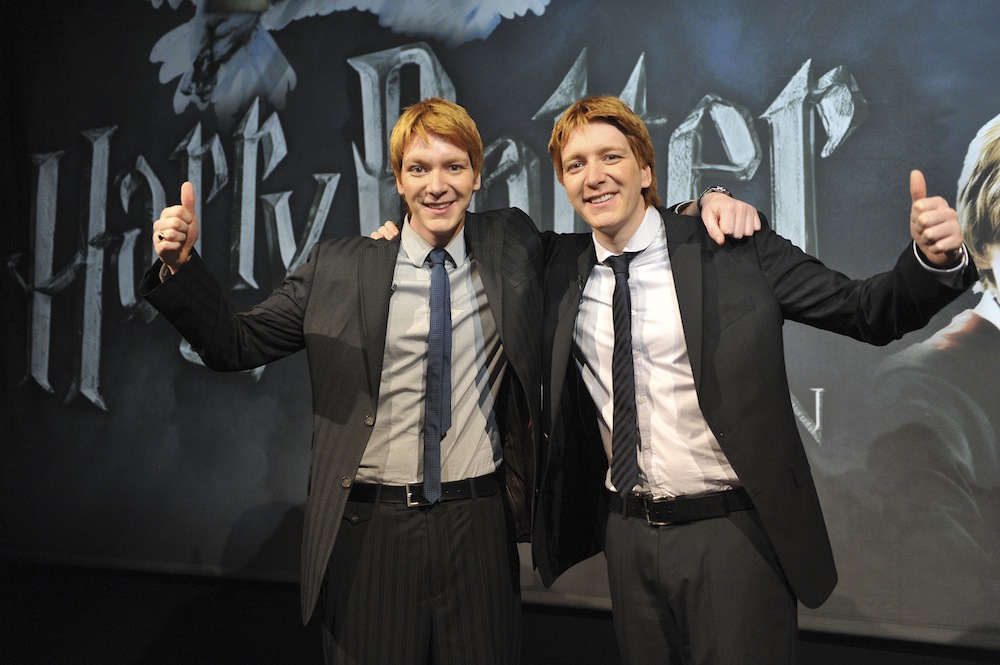 After watching a climatic montage of clips from the first six Harry Potter films on a row of eight large screens, we knew that experiencing the Harry Potter exhibition first-hand would quickly become one of the most unforgettable events we would ever participate in.

The media preview started at about 1 pm on Thursday, April 8, 2010, at the Ontario Science Centre. There was also a “photo opportunity inside the exhibition” at 10 am, but unfortunately, I wasn’t able to attend that event. Around 1 pm, we were taken down to the actual exhibition as a group. The people attending included representatives from other HP fansites, several bloggers, and reporters from local newspapers. The exhibition began with a sorting ceremony, and two people from our group got sorted into Gryffindor and Ravenclaw, respectively. After this, we passed into a room with eight screens in front of us. They each played the same four to five-minute compilation of movie clips. At the climax, there was a shrill train whistle, the wall to our left was lifted, and revealed a replica of the Hogwarts Express with video-animated portraits along the wall. The sorting hat ceremony and the montage were considered the “pre-show,” which set the mood for the rest of the exhibition. We were led in the walk-through mainly by Eddie Newquist, the Executive Vice President and Chief Creative Officer of the exhibition, and Robin Stapley, the Vice President of Creative Studio of the exhibition.

After a tour of the exhibition, we had a short Q&A session with the creators, Eddie Newquist and Robin Stapley. They said it was a “thrill” to bring the exhibition to life. They said that it took about 16 semi-trucks to import everything across the United States border, and although they’ve been compiling props and items for the exhibition for over two years, the only challenge they’ve encountered so far is the amount of stuff that there is to shift from place to place. When asked why they chose the Ontario Science Centre for the location of the exhibition in Canada, they said “the foundation of science comes from inspiration; and just as Harry Potter has a long history of ideas, science also has a long history of ideas,” so they thought that the Ontario Science Centre was an ideal location. Their favorite items in the exhibition are the creatures, such as Buckbeak and Fawkes. When pressed on why there weren’t more hands-on things in the Harry Potter exhibit, they replied that a lot of the artifacts were quite sensitive, and that it’s nice to have a balance of experiences at an exhibit. They haven’t made any exact attendance estimates, but they expect hundreds of thousands of people to pass through the exhibition overall. They also mentioned that they will “definitely have Deathly Hallows props/costumes,” and that they are “always going to be refreshing and updating” the exhibit as it travels.

James and Oliver Phelps came in next and we got to have a short Q&A with them. Of course, one of the first things they were asked about was the Wizarding World of Harry Potter theme park and Deathly Hallows filming. They stated that they weren’t allowed to disclose much information, except that they’ve been filming some “cool action sequences” for Deathly Hallows. Their personal favorites from the Exhibition were of course the Weasleys’ Wizard Wheezes joke shop items and Buckbeak. James’ favorite joke shop item was the Puking Pasties, while Oliver preferred the Nose-Biting Teacups. James’ favorite magical creature was the dragon, Oliver’s was the phoenix. James’ favorite scene to film in the movies was the Yule Ball scene because of the decoration of the Great Hall and the fact that they had to learn how to waltz. Oliver’s favorite scene to film was their first scene on Platform 9 & 3/4. Their favorite Harry Potter book is Prisoner of Azkaban, which they had read while on vacation a few weeks before screen testing for the movies. When asked about their future plans, they said that they definitely want to continue acting after Harry Potter is over. When they spoke about Harry Potter fans, they expressed, “Potter fans are great in general.” 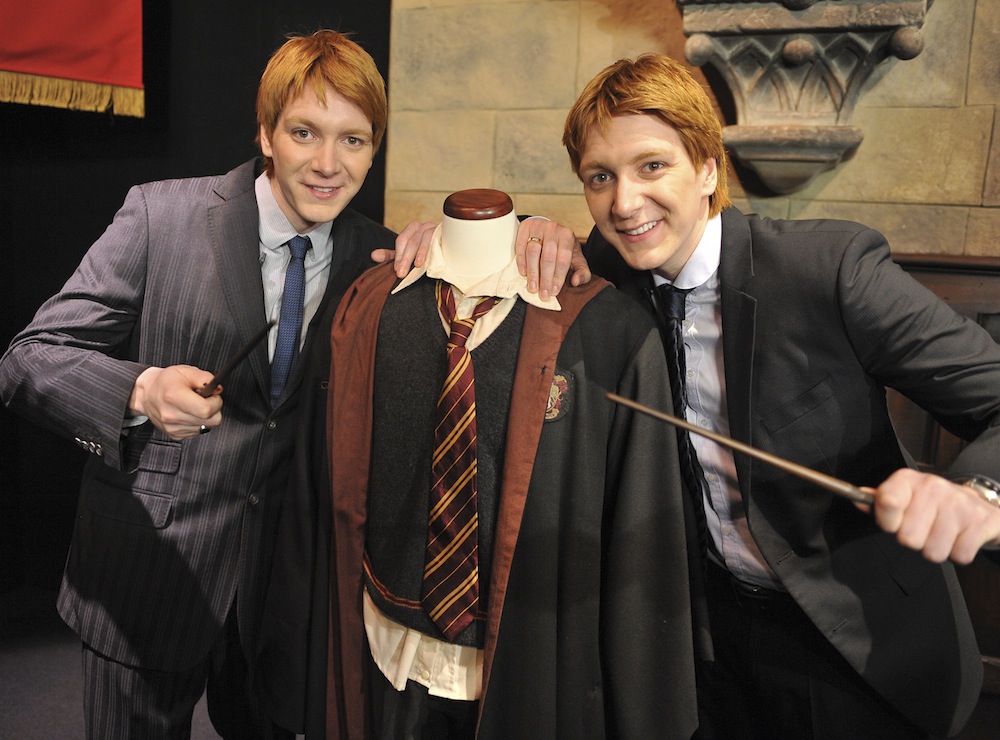 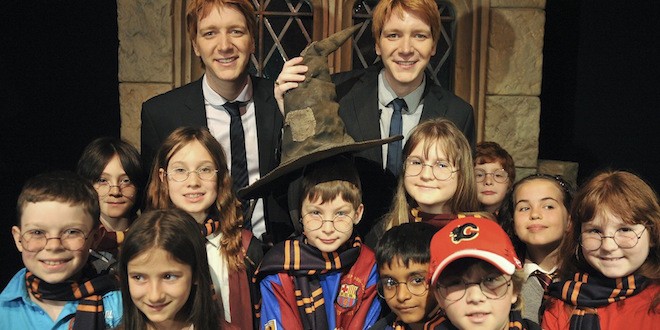 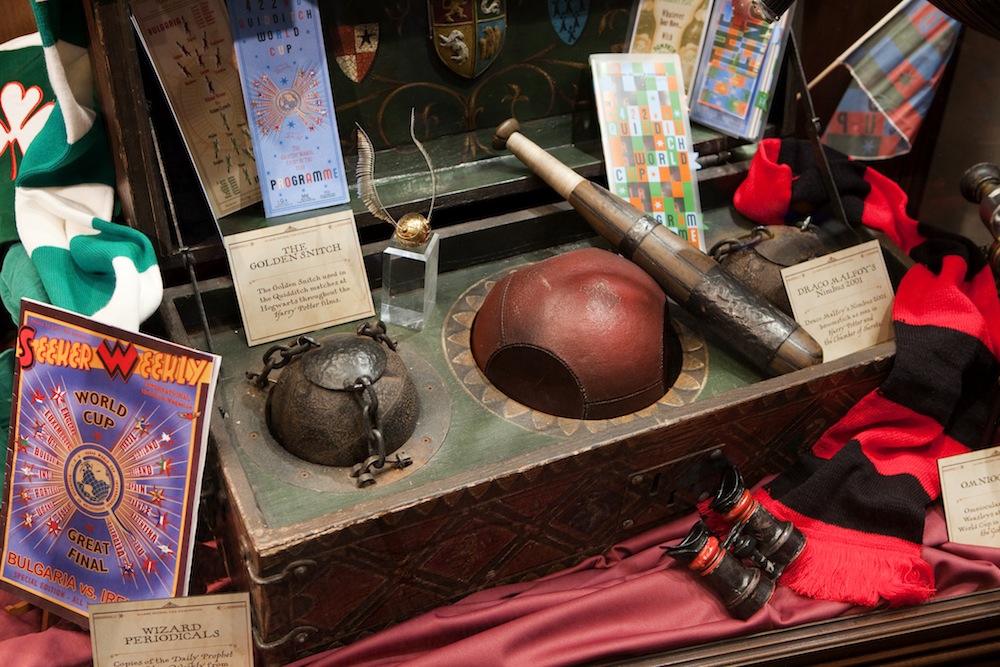 hp exhibition quidditch trunk
Want more posts like this one? MuggleNet is 99% volunteer-run, and we need your help. With your monthly pledge of $1, you can interact with creators, suggest ideas for future posts, and enter exclusive swag giveaways!
Support us on Patreon