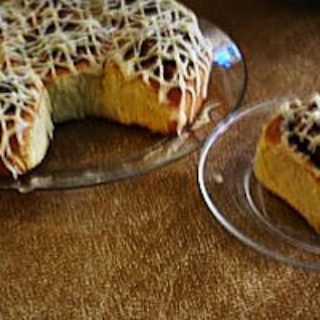 Dinah BucholzTo deflect questions about what Ginny was about to tell Harry, Percy (man, he has a guilty conscience) asks for the breakfast rolls. But Ginny was about to tell Harry something much, much more important... good thing Percy interrupted, or she would've spoiled the plot.
Print Recipe Pin Recipe
Prep Time 40 mins
Cook Time 20 mins
Total Time 5 hrs
Course Breakfast
Servings 12 Rolls