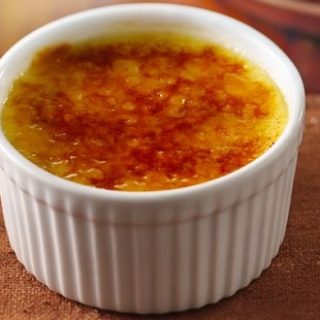 JessicaA blancmange is a European dessert traditionally made with a gelatin-based thickener. In the Harry Potter series, this dessert is seen in Harry Potter and the Goblet of Fire during the Triwizard feast. This version has a little twist to the traditional recipe. It gives a combination of blancmange with a crème brûlée recipe, hence the name Blancmange Brûlée. It is a much denser custard with a hint of almond flavoring and a caramelized sugar topping.
Print Recipe Pin Recipe
Prep Time 30 mins
Cook Time 1 hr
Total Time 5 hrs 30 mins
Course Desserts
Cuisine French
Servings 6 servings