On top of all of the exciting news this week already about the Wizarding World of Harry Potter, it seems they have also decorated the park for the Christmas season. Attendees to the park in Orlando can now visit their favorite shops in Hogsmeade and see many wreaths and garland strewn about. Our regular correspondent, Hilary K., was on site this afternoon and provided us with these 12 exclusive images that we now share with you: 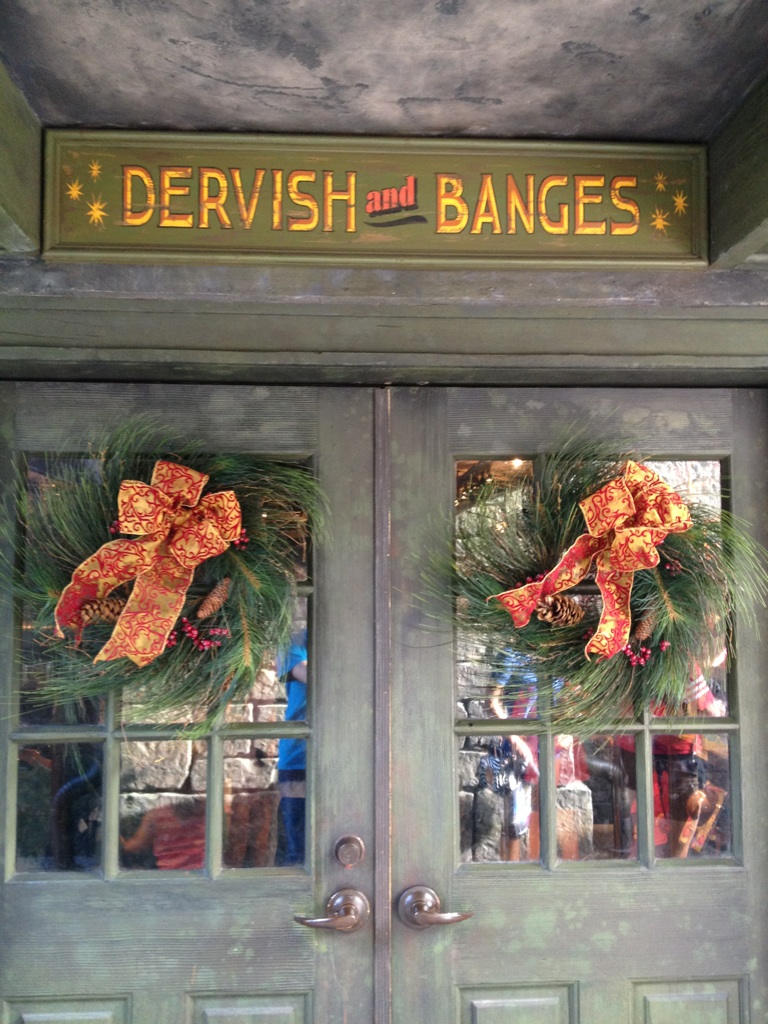 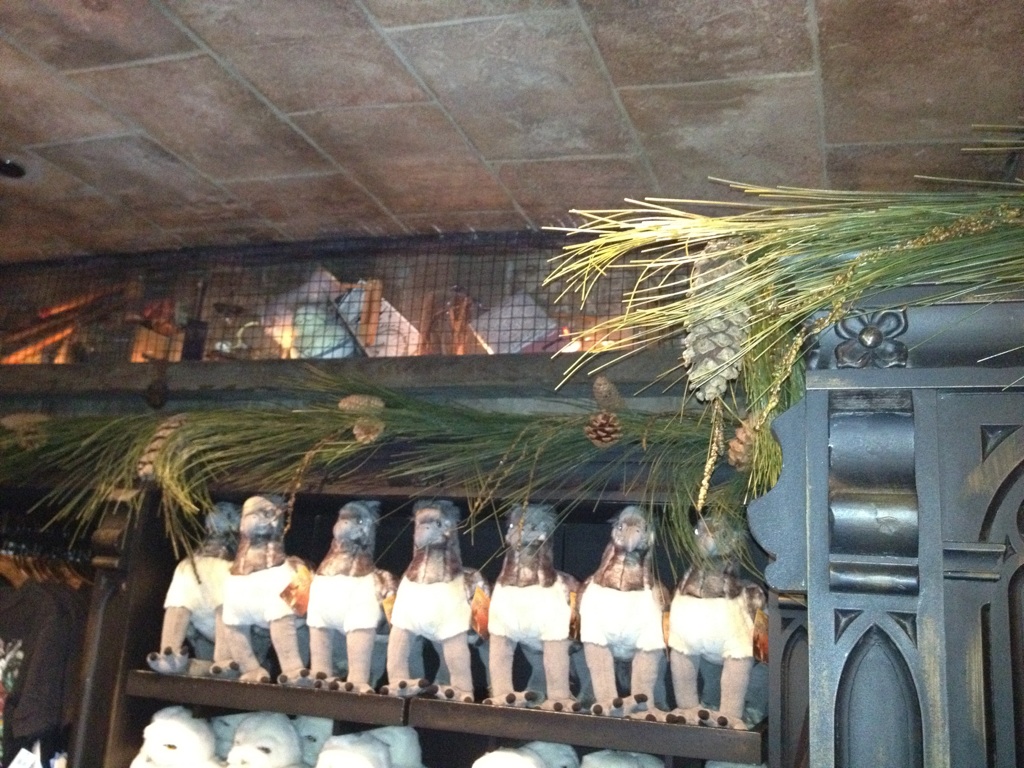 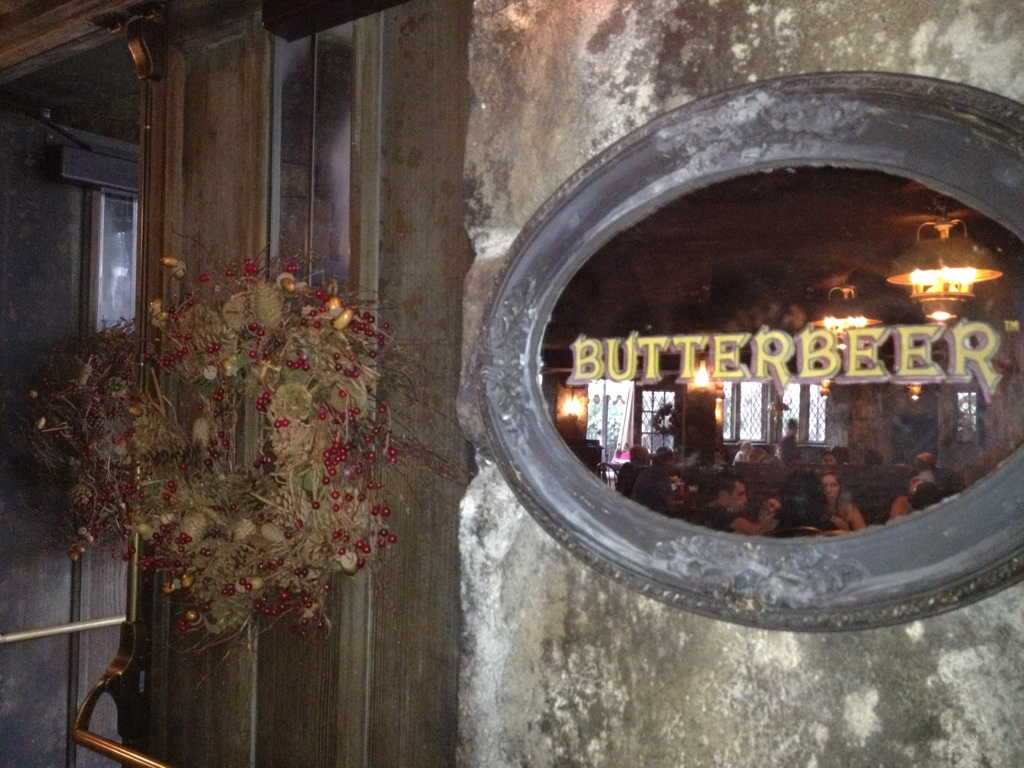 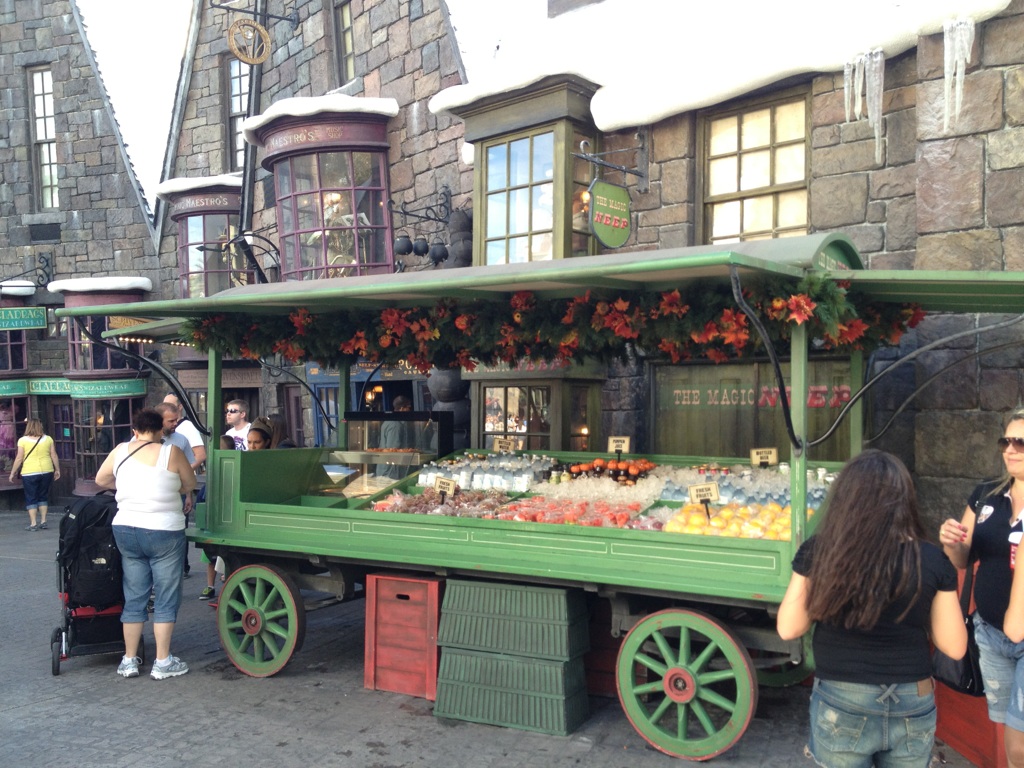 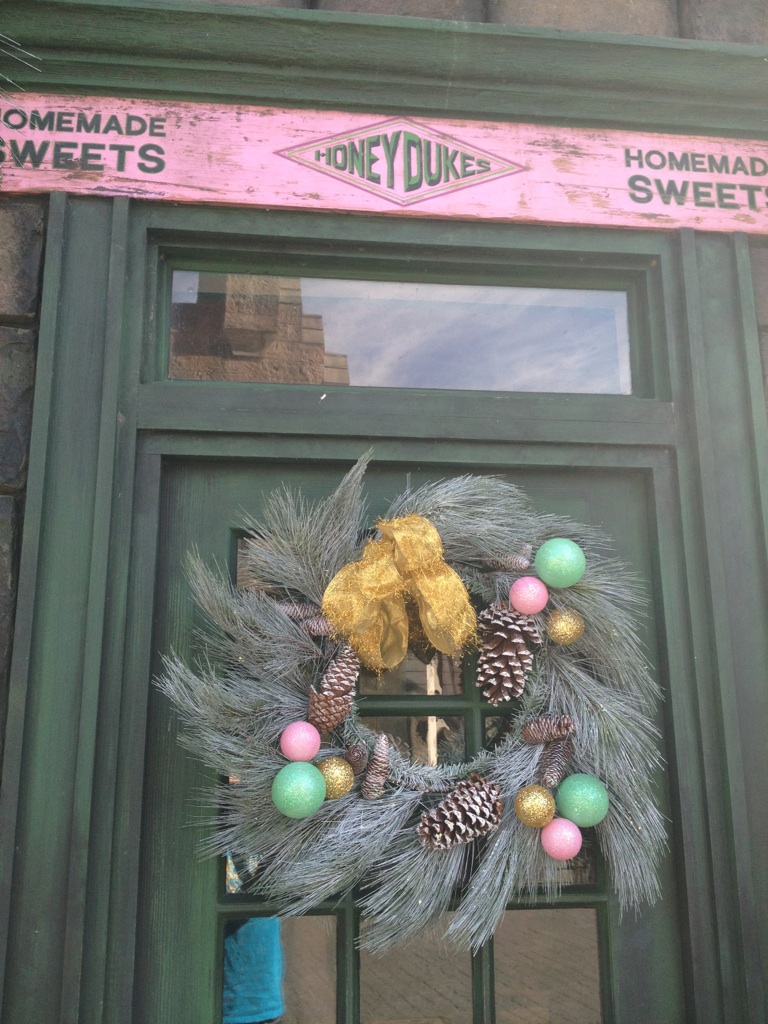 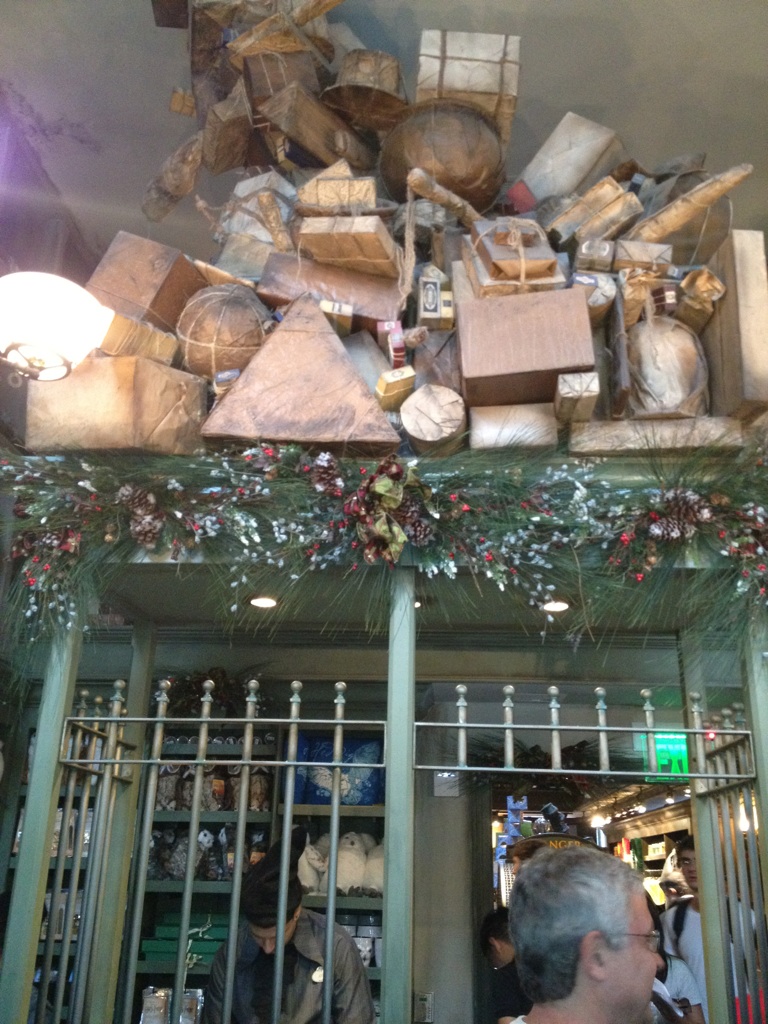 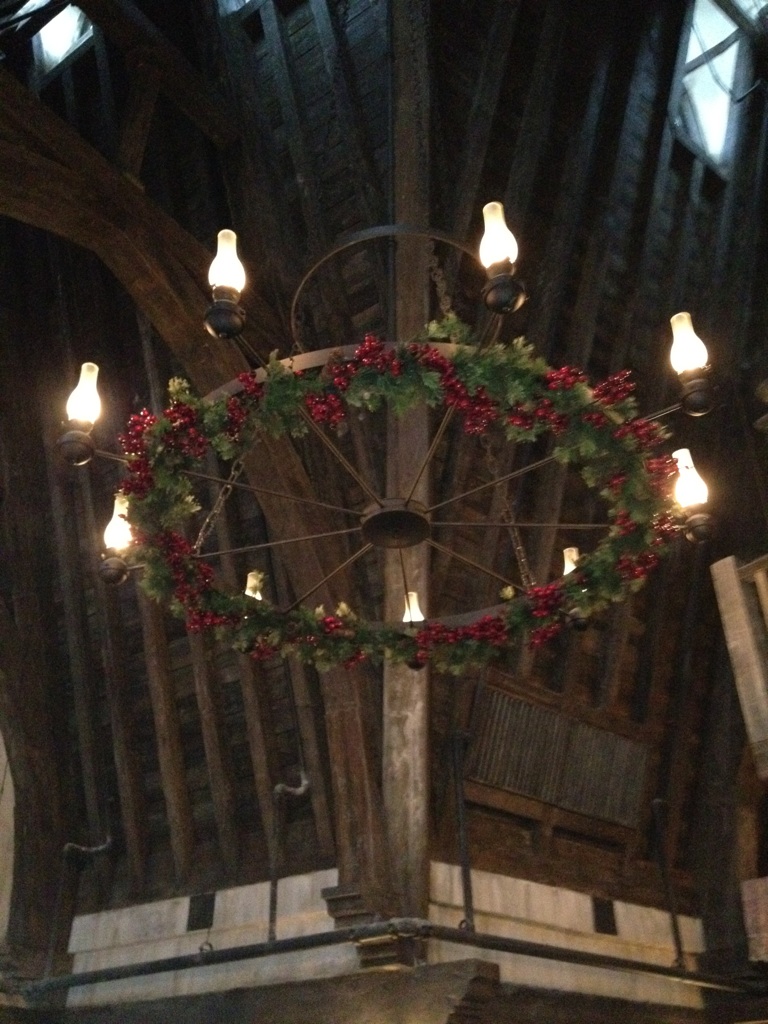 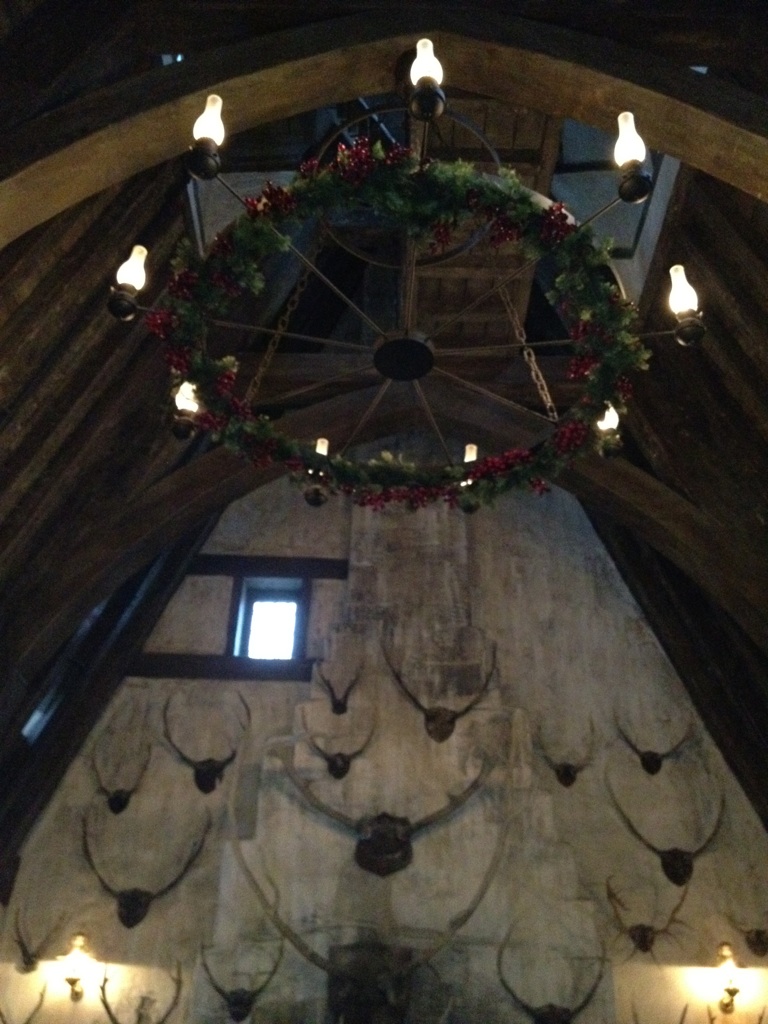 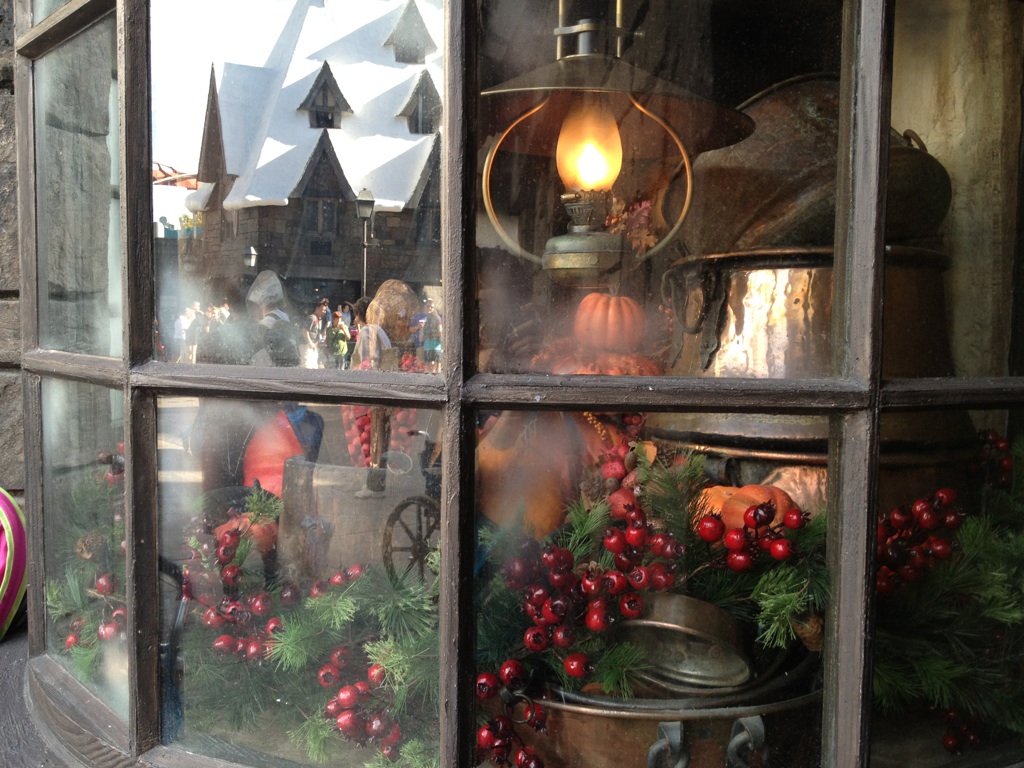 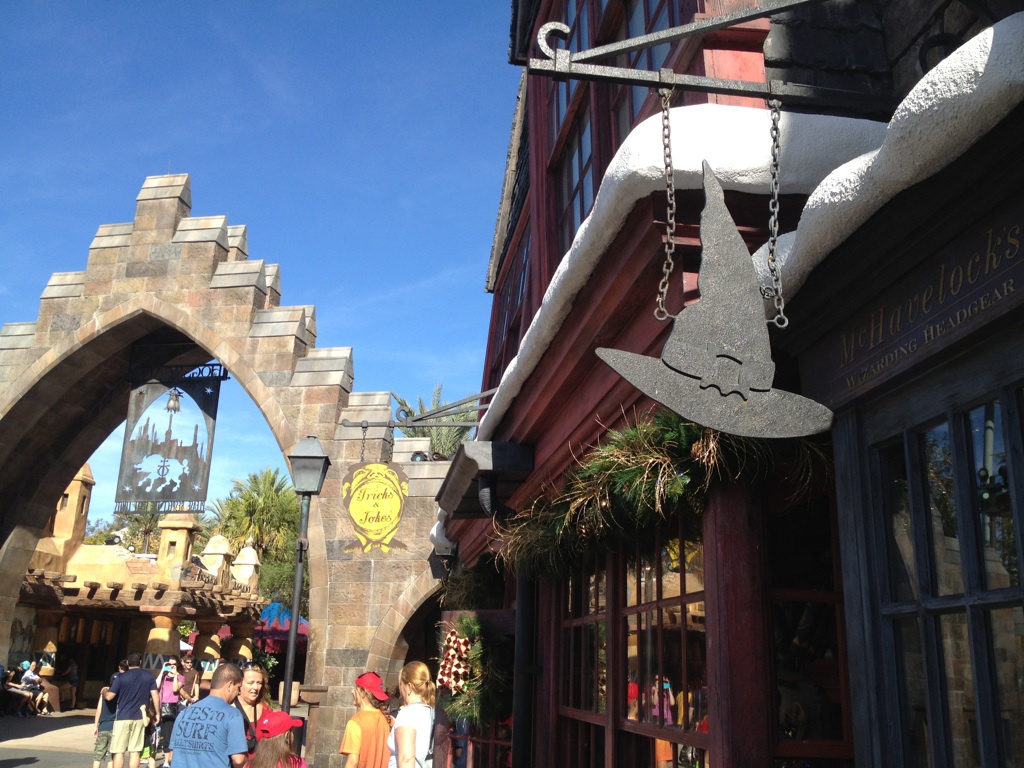 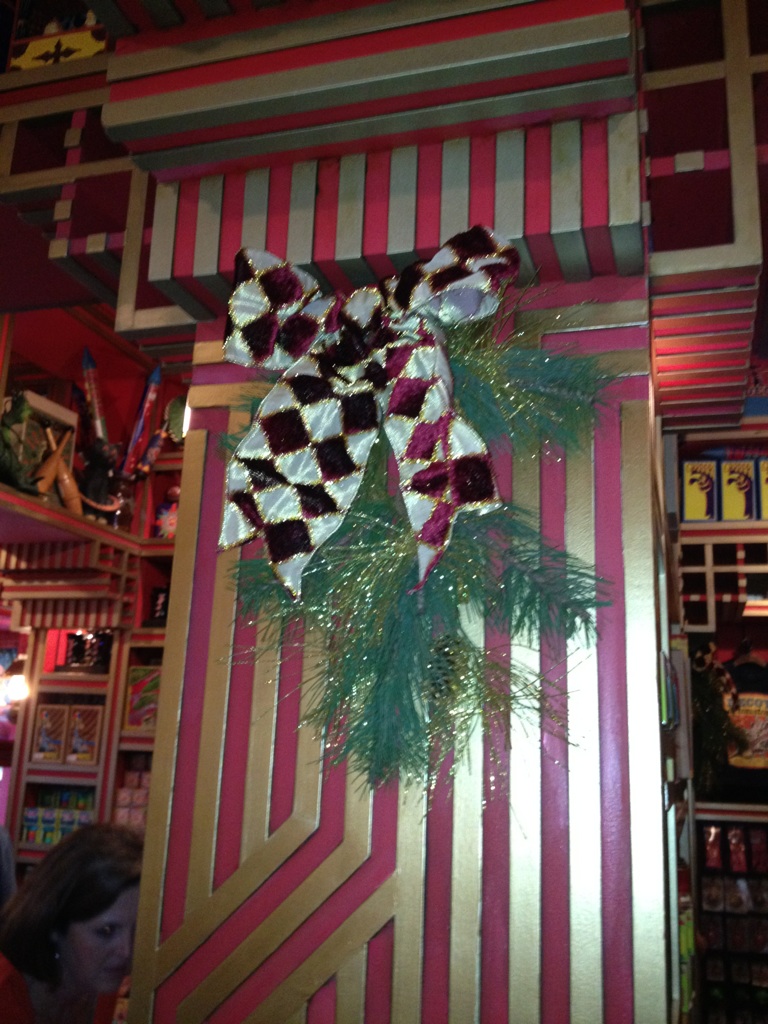 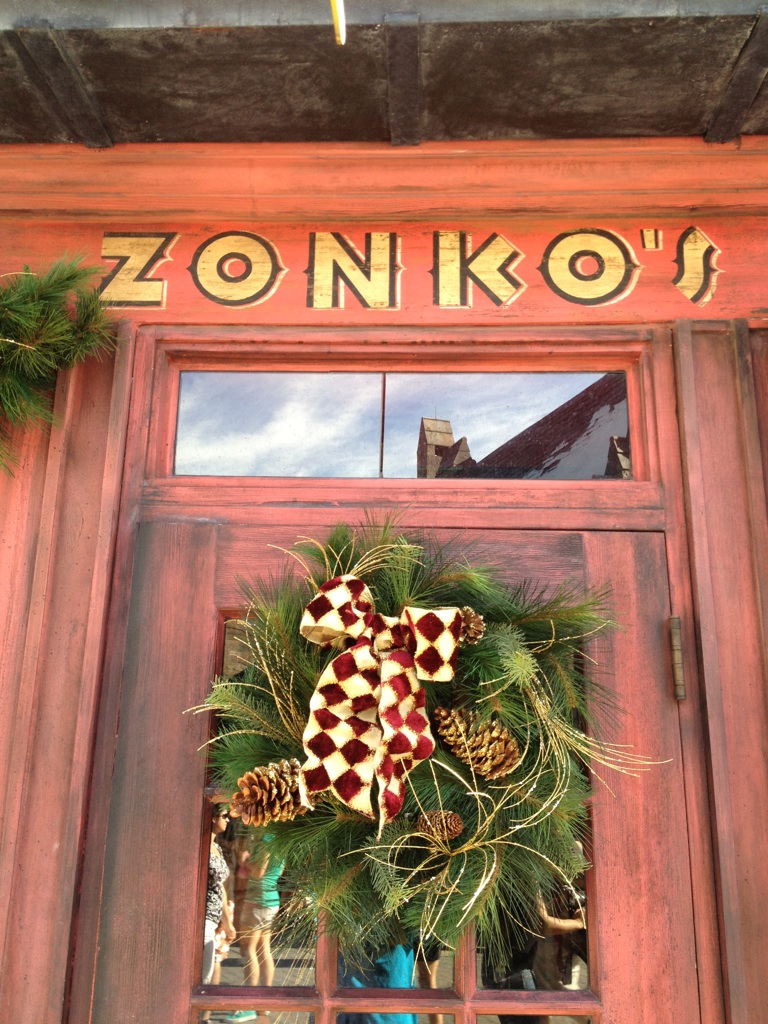 Regarding the decorations, though, there is definitely one thing missing: a holiday tree! Last year, we were told that holiday decorations in the Wizarding World park were approved too late to be put into effect. Now that there are decorations up this year, but still no tree, we wondered what happened this time!

Who better to turn to with this pressing question than the Hogwarts Conductor himself? Indeed, he was able to shed light on the conundrum. He told Hilary:

“Of course we have a tree! Father Christmas would be very upset if we did not have a tree! Although, if you cannot see it, that is because it is in the Great Hall, of course! Up inside of Hogwarts, in the area that you do not have access to!”

MuggleNet’s Speculation: Whenever the park chooses to celebrate and change their scenery, we know from past conversations with park staff that the modifications have to go through an extensive approval process. It is possible that the tree was in fact approved this year, but ran into more red tape before it could be brought to fruition. Hopefully, there will be a tree NEXT year, as Christmas is a very important holiday in the Potter series.

EXPANSION RUMOR: Also while on site today, more rumors came out about the proposed expansion of the Wizarding World into Universal’s regular park. Apparently, director/producer Steven Spielberg may still hold the rights to the section of the park where the JAWS ride previously operated. Therefore, it is possible that a ride from one of his various (more recent) films will be put into his place, i.e. a Transformers ride (which Spielberg Executive-Produced). Although it would be simply awesome to have a train going between the two parks, it seems more likely with this information that Universal will simply tear down the Lost Continent area next to Hogsmeade for their next Potter expansion. But this is PURELY a rumor… treat it as such.