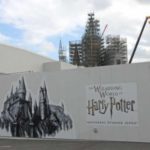 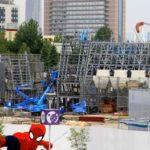 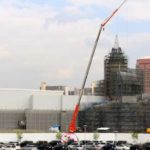 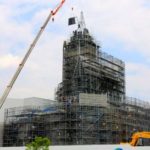 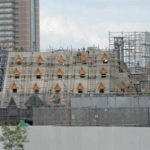 The website MiceChat has also posted new pictures of the construction of the Wizarding World of Harry Potter expansion in Orlando. Some show the Hogsmeade train station in Universal’s Islands of Adventure. There are also new photos, like the one below, of the London waterfront in Universal Studios Florida. Are you as excited as we are about the new Japanese park and the Orlando expansion? Let us know below!