The Pros and Cons of Halloween at Hogwarts

Tis the season of witches and wizards, and every Potter fan’s mind turns to the beloved Hogwarts. But would we really want to be a student at the school around this time of year? Here’s why that’s probably not going to be the great time you’ve imagined.

Nothing is sure to make you lose your pumpkin juice faster than walking into the bathroom and finding a snotty mountain troll swinging a club. Better hope you have some recklessly brave friends (or future friends) who can perform a Levitation Charm!

One moment, you’re sleepily making your way back to your comfortable dorm room to go to bed, full to bursting with a delicious feast, when suddenly, the whole castle is in an uproar because an alleged murderer has broken in. Nothing ruins a night of fun worse than being sent to sleep on a cold stone floor in the middle of October with hundreds of other students.

3. Being entered into a dangerous tournament 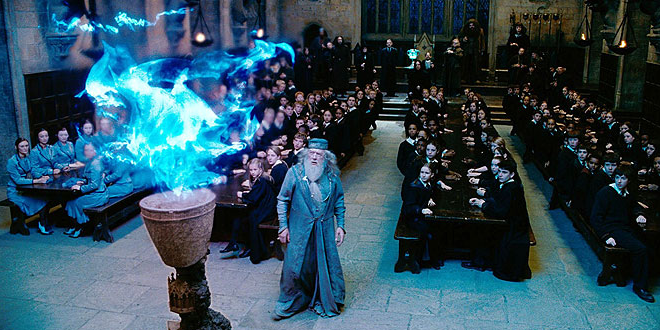 The feast was normal enough, but a few hours later, you’ve basically been given a death sentence in the form of public spectacle, and your best friend thinks you somehow cleverly asked for it. You’ve also been told you must compete in a tournament against students three years older than you. Not to mention tomorrow morning you’ll be the most hated person in the school, and Fleur Delacour called you a “little boy”. What a trick, indeed.

Significant deaths always seem to happen on Halloween (think the Potters and Nearly Headless Nick). If that wasn’t depressing enough, ghosts seem to enjoy celebrating their deaths with grand parties they invite their living friends to. Sure, it sounds cool…until you reach the freezing cold dungeon and realize that there’s not even edible food. Not to mention the earsplitting sound of musical saws!

As if trolls and murderers weren’t enough to make you fear for your life, here comes a humongous snake that can kill you with one look. The fact that it uses the plumbing to get around just proves you really should never use a Hogwarts bathroom.

Let’s be honest with ourselves: the benefits definitely outweigh the risks! 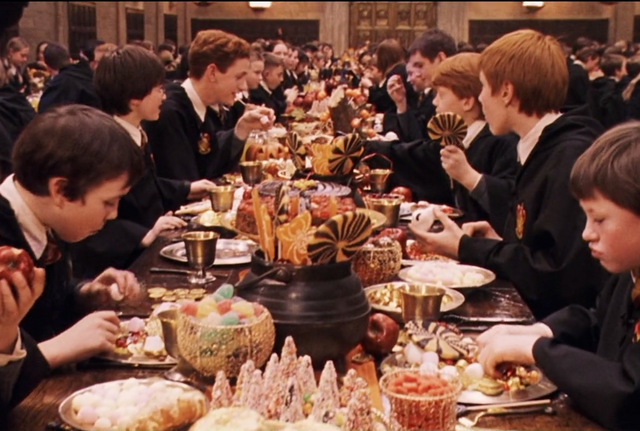 Hogwarts house-elves are known for their food, especially for holiday feasts. When Harry wakes on the morning of his first Halloween at Hogwarts, he is greeted with the fantastic smell of baking pumpkin. Our mouths are watering just thinking of all the pies, bread, and juice that could mean! Not to mention the usual feast foods of potatoes, chicken, and the like. 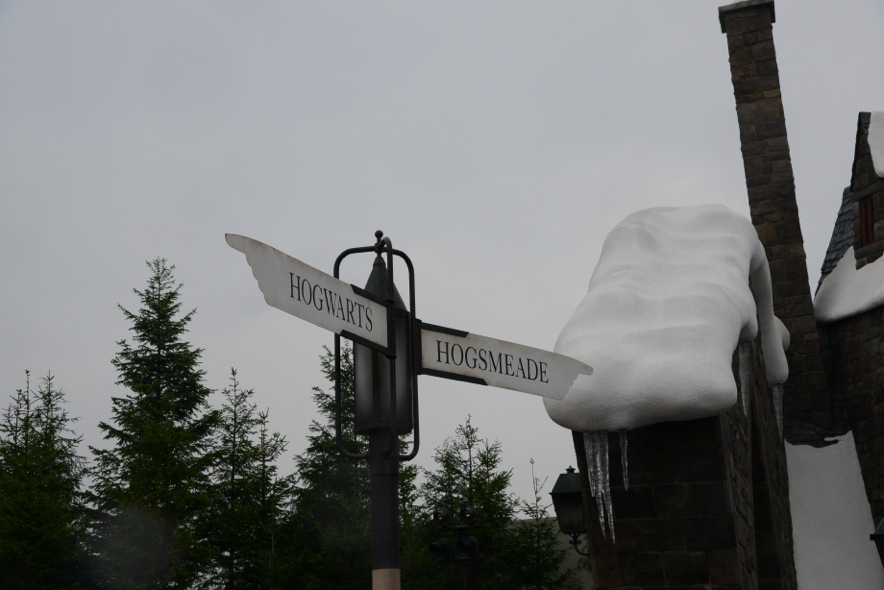 Having the chance to explore the historic village would be a dream come true. Whether it’s wandering through the Post Office, stocking up at Zonko’s Joke Shop, or enjoying a mug of butterbeer at the Three Broomsticks, a day away from the teachers and books is what we all need at this point in the term. Plus, the Shrieking Shack is the haunted house attraction to end all haunted house attractions, and you can load up on some of the best and most exciting candy in the world at Honeydukes!

3. The decorations and entertainment

Gigantic floating jack-o-lanterns, floating streamers, and clouds of live bats? The castle ghosts providing entertainment with formation gliding? Rumors of Dumbledore booking dancing skeletons and the Weird Sisters? We only wish our schools could throw that kind of celebration!

Isn’t this always the best reason? So many of us dress up as characters from the series every year, we would feel right at home! Sounds like a magical Halloween, indeed!

From all of us here at MuggleNet, have a very Happy (and safe!) Halloween!