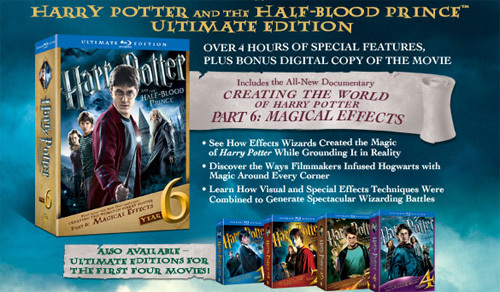 Admittedly, I was wary of these Ultimate Edition DVDs when they were announced by Warner Brothers. Would they truly be “ultimate” edition DVDs? As I said on MuggleCast, “ultimate” means nothing can be better – so they aren’t allowed to release new editions after these!

I received copies of the Sorcerer’s Stone and Chamber of Secrets editions today. We’ve seen the covers and insides of the boxes, but opening them up for myself got me really excited. Made of sturdy material, the boxes and the contents within are definitely great collector’s items for any Potter fan. Each Ultimate Edition comes with two oversized “Character Cards” and a full-color book with various pictures, artwork, concept sketches, and more. 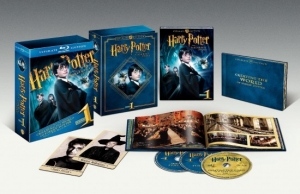 The most important part of each edition – the film itself – was encased in a 4-sided box holding the film, an extended version of the film, a bonus features disc, a documentary disc, and a disc with a digital copy for your iPod, iPhone, Zune, etc.

Part 1 opens with Dan Radcliffe on the set of Deathly Hallows essentially trying to sell the documentary. “For you,” he explains, “it’ll be a rare peek behind the curtain into a world we have yet to reveal to anyone outside of the Harry Potter family.” 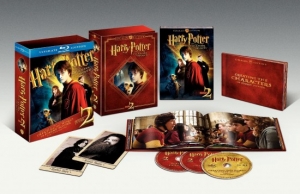 Dan wasn’t wrong. Part 1 in the Sorcerer’s Stone set is 60 minutes long, and Part 2 in the Chamber of Secrets set is 80 minutes long. Both provide exhaustive looks into the Potter series with images, behind-the-scenes footage, screen tests, and interviews we’ve never seen before. At this rate, after all 8 Ultimate Editions are released we will have seen a 9 – 10 hour documentary on the world of Harry Potter.

Some of the cool things we learn in the documentary:

And those were just a few notes from Part 1! Part 2 of the documentary is all about the characters, and once again all the actors are interviewed. Each actor dives into their role and how they created the character Jo originally designed in the book. They even read their character introductions straight out of the books – it’s a cool thing to watch. 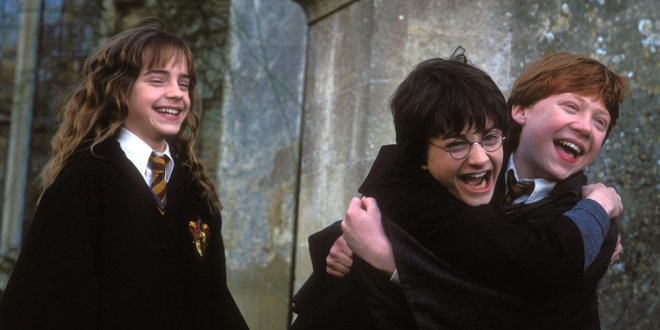 A particularly touching moment came in a section about Richard Harris. Chris Columbus recalls the last conversation he had with Richard, and Dan and Emma talk about working with Richard. This transitions into the first interview with Prisoner of Azkaban director Alfonso Cuaron, who discusses casting Michael Gambon.

Part 2 of the documentary moves through films two through six and includes a section on filming Dumbledore’s death scene when they raise their wands in unity. It includes a clip of director David Yates speaking to all the cast on set. He tells them how important it is to perfectly capture the emotional scene.

All in all, it was a really enjoyable documentary to view because there is a TON of new information revealed. I cannot emphasize enough how much is learned from just these two parts. I just had one issue: JK Rowling doesn’t speak at all in the documentaries. It’s surprising when you consider her major role in the franchise. Maybe she’ll be in future parts, but at this time we don’t know for sure.

If you’re a casual Potter fan, you may not appreciate these. Maybe borrow the documentary discs from a friend and enjoy the in-depth information.

If you’re more than a casual fan, I recommend buying these for one reason: they are fantastic pieces of memorabilia for big Potter fans. When all 8 pieces of the collection are released we will have a very beautiful, in-depth set of Potter films and documentaries that encapsulate the Potter phenomenon over the past 10 – 15 years. I can’t wait to display all 8 on a shelf next to the 7 books and reflect on an amazing franchise.