Monique has been an avid Potterhead since the release of Goblet of Fire. Luckily for her, she was able to spark interest in Tom for both her devotion to the wizarding world and all of her amassed memorabilia shortly after they began dating.

Tom initially proposed to Monique two years ago against the breathtaking setting of the Wizarding World of Harry Potter’s Hogwarts Castle in Orlando, Florida. It came as no surprise, then, that the soon-to-be bride was thrown an unforgettable Potter-themed bridal shower.

At the shower, the bridesmaids sported dresses representing the Hogwarts houses while Monique retained the neutral yet beautiful palette of Hedwig. The settings were comprised of house-coordinated tables, linens, flags, and even a photo booth for guests, while the menu for the night included Pumpkin Juice punch, Butterbeer cake, Chocolate Frogs and wands, and even a Bertie Bott’s “Guess the Flavor” Jellybean competition.

Perhaps the most memorable part of the event was a gift from the bridesmaids and the bride’s mother. This was a painting done by friend and artist Dan Gorgan. In its portrayed scene, Monique and Tom are pointing a wand that is erupting various aspects of their lives. This includes their dog Atticus Weasley chasing a Snitch while their other dog “Carrot” tugs the canvas to slowly reveal the Hogwarts Castle. Despite all this, the most endearing gesture may well be the attached note to the painting, which read, “I hope that in 50 years, you and Tom will think ‘After all this time?’ and you’ll both answer ‘Always.’”

We would like to congratulate Monique and Tom and wish them a life together filled with enough magical moments and adventures to keep the message of their painting alive. 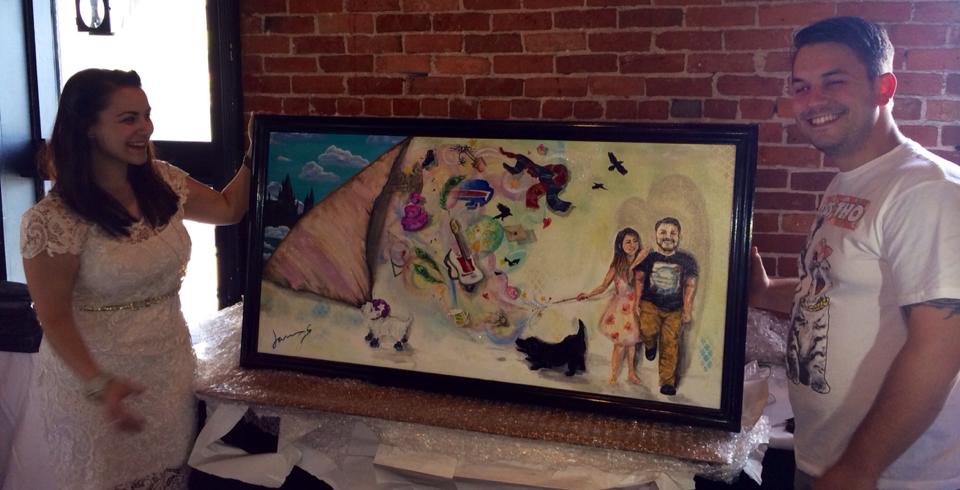 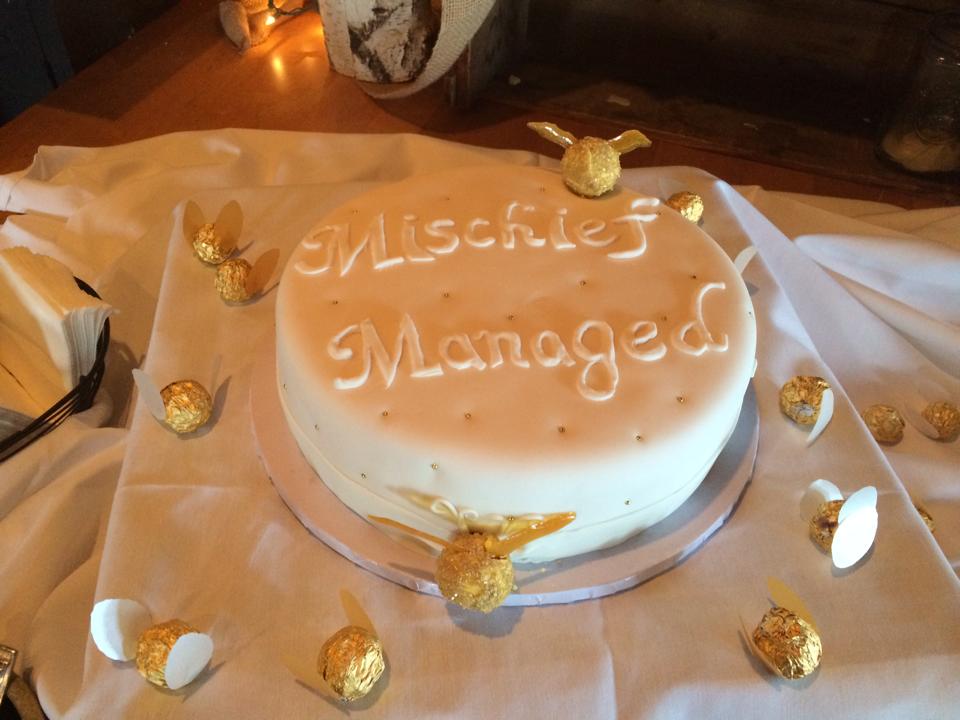 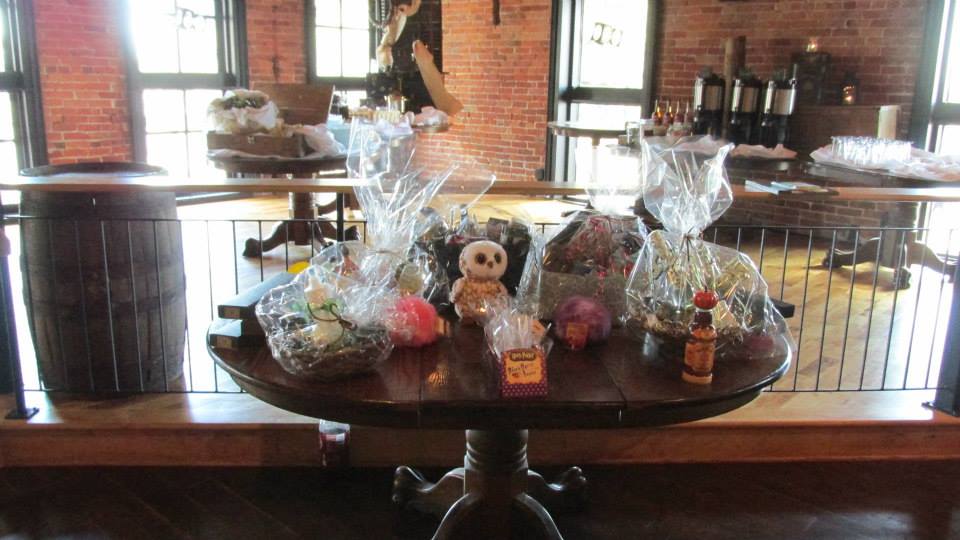 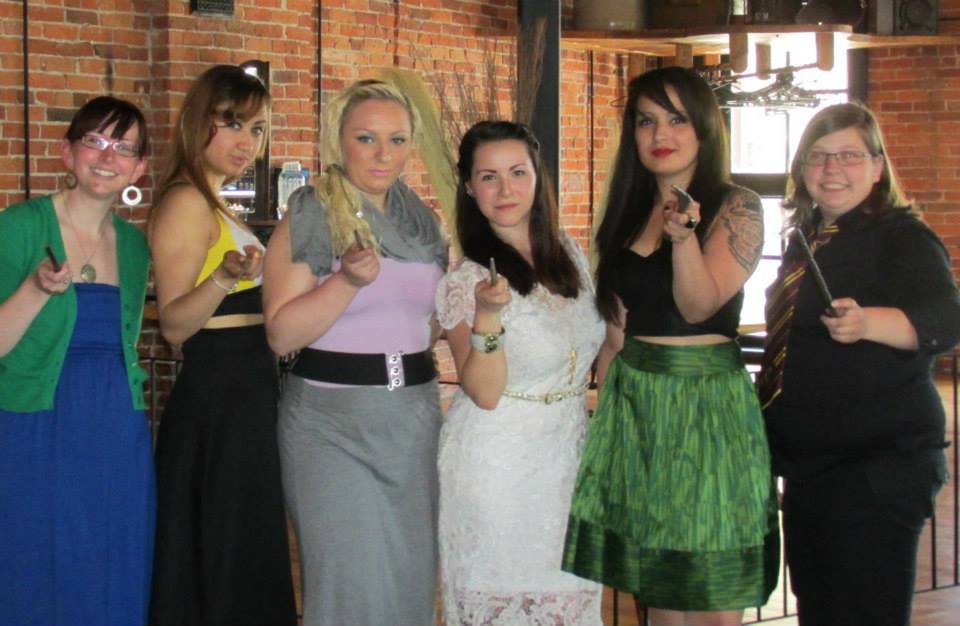