They have thrice cavorted down corridors at Hogwarts School. They’ve explored an alien planet in their radical starship. They’ve tackled Batman and twisted the tale of “Aladdin” so that we no longer approve of street rats. Now, the creative minds at Team StarKid have unleashed not one, but two new musicals upon the world in the summer of 2014.

These musicals are “The Trail to Oregon,” and “Ani: A Parody.” Both shows play at The Pro Theater, Stage 773 in Chicago, IL now until August 10. For showtimes and tickets still available, visit StarKid’s Tumblr. 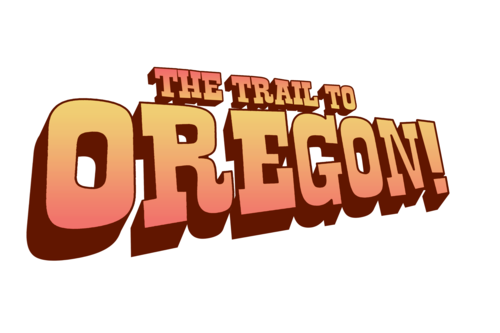 “The Trail to Oregon” is a loving homage to the 1974 computer game, “The Oregon Trail,” published by MECC. Audiences may be familiar with the game, or its many subsequent editions which were highly popular for decades after its initial release. The game is still receiving updated versions well into the 21st Century and is now even available as an app for iOS and Android. Even in the latest versions, though, the premise of the game is the same: you are a family traveling westward from Independence, Missouri on a quest to find peace and land in the great western state of Oregon, in the mid-1800s.

Along the journey (in the game) you must learn to balance your resources and deal with nature, by hunting animals for food and fording treacherous rivers in your covered wagon. It is not too uncommon for one or more of your family members to die in a myriad of ways, all quite brutal (but realistic to the time period). Reading a summary of the game, one can’t help but feel that it would be perfectly suited for adaptation by the playfully cynical, sometimes over-the-top Team StarKid writers. And it is, after all, a great fit indeed.

Written by Jeff Blim (who stars in the lead role), Matt and Nick Lang, and Brian Holden, “The Trail to Oregon” is a truly amusing dramatic interpretation of the well-loved game, with roughly two hours of story and song performed in lively fashion by a cast of only six members. Jeff Blim plays the father, Rachael Soglin his wife, Jaime Lyn Beatty their daughter, Lauren Lopez their son, and Corey Dorris the grandfather of a family who (in a completely genius choice by the writers) the audience gets to name at the start of the show. Naming each member of the family serves to bring the audience closer to them as well as their plight, and mimics the creative opportunity provided by the video game. In another example of audience participation, upon entering the theater guests are asked to choose (via concealed ballot boxes) which family member will be dying in that day’s upcoming performance. With just these simple effects, no two “Oregon” shows will be the same.

Oregon’s sixth cast member is senior StarKid alum Joey Richter, whose roles (of which there are several) I should hope not to spoil. Suffice to say that Joey has never worked harder during a performance, nor has he ever been as enjoyable as in “The Trail to Oregon.” I had never seen Joey as a real “character actor” before, but after this show, my vision of his potential is definitely changed. His lead role in “Starship” showed us his dramatic gravitas, and now with “Oregon”, we see just how quickly he can move between personas – and outfits! Nearly all of the people encountered by the family along the Oregon Trail are played by Joey. He certainly wears many different hats.

It is difficult to single out a lone member of this cast, for each actor brings quite a lot to the plate, though a particular favorite of mine would have to be Jeff Blim, co-writer of “Oregon” and all-around extraordinary talent. You may know him as Sweet Tooth from “Holy Musical B@man!” or as Aladdin in “Twisted,” and in his role as Father, shepherd of the family (which in my show were surnamed the Butts, by some girl) Jeff is able to bear the burden of getting his loved ones to where they must go – snakebites, rivers, and dysentery be damned! Corey Dorris is also a treasure as Grandfather, who (in my performance) got the ax in one of the most uproarious scenes I’ve ever experienced live.

The ladies of “Oregon” are also a joy. Perhaps the show’s largest source of humor is Lauren Lopez’s role as Brother, a seven-year-old boy who is at least a little bit defiant of his parents and their wishes. Jaime Lyn Beatty and Rachael Soglin’s daughter-and-mother combination provides much of the heart and soul to the show, as the events of the play run their course and the family is challenged to either stay together or to fall apart.

Another facet of “Oregon” that deserves mention is the minimalist set and prop pieces in the show, used almost surgically to give the actors the most space around which to work while being successful at setting and strengthening each scene. Costumes and the changing of costumes happen rapidly, and the actors all handle each new change with grace.

And finally, a word about the music: it is period-fitting when it wants to be, and deliciously raunchy every time else. The house band clearly had a lot of fun performing, as did the actors through their various musical numbers. One number in particular, a song that Mother sings about a mother’s love, felt just a little overlong in terms of pace with the rest of the show. But as the dramatic crux of the story, it was forgivable. And the show’s final number, which must have lasted all of ten minutes, will have the audience out of their seats cheering by the show’s end.

The verdict: “The Trail to Oregon” is solid fun for anyone who is familiar with the game on which it is based, and for those who are not familiar it is still a fun production sure to produce some laughs due to the cast’s time-crafted gift at playing before an audience. 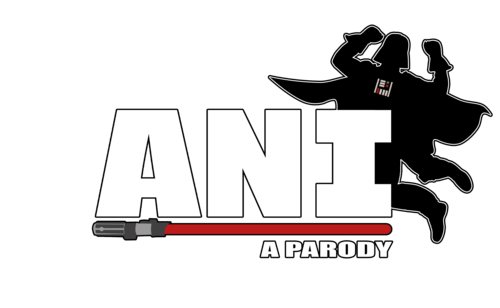 And then there is “Ani: A Parody.” For nearly as long as there has been “Star Wars,” there have been Star Wars parodies. Yet, “Ani” impressively manages to forge new ground. Though StarKid have tackled the science-fiction genre before with “Starship,” “Ani” is clearly their love story to everything George Lucas. With a cast of just 9 members, StarKid has produced another solid show that is not short on the heart, while still poking great fun at the chosen subject matter.

“Ani” contains more of the well-known StarKid alums. Joseph Walker, Joe Moses, Brian Holden, and Nick Lang all have key roles (and some have more than one) in this two-hour performance set roughly just before the events of “Star Wars: A New Hope.” Making the journey from “Starship” also are actresses Denise Donovan and Meredith Stepien, a pleasure to watch on stage any day. But the real wild-card here is actor Chris Allen, who portrays Anakin Skywalker, a.k.a Darth Vader, a.k.a. the “Ani” of the show’s title.

Once you can get past the initial comedic genius of naming a musical “Ani” – like “Annie,” but knowing that “Ani” was actually what Anakin Skywalker’s friends called him as a kid (as seen in Star Wars: Episode I – The Phantom Menace) – then you can appreciate the fact that “Ani: a Parody” is actually almost entirely about one of the most well-known villains in science fiction: Darth Vader. Yet, in this musical, he is a would-be stand-up comic, desperate for the approval and acceptance of his subordinates as they struggle to construct the first of two “Death Stars” in time to meet its deadline.

It is Anakin’s characterization that at first may have an audience confused and/or put off. This Anakin is nothing like the Anakin that we (at first) feared in the original trilogy, or watched succumb to evil (in the prequel trilogy). The solution to getting past this quandary ends up being quite simple: just go with it. There is a very John-Candy-esque approach to Chris Allen’s Anakin. He is a good-natured person who is seeking redemption, or at least, a return to prominence led by nostalgic feelings that still prevail from his “glory days” as a younger man. With Nick and Matt Lang’s careful use of the Star Wars Extended Universe to supplement some of the plot-lines in the show, what results is a character story that is altogether quite unexpectedly brilliant.

The house band for “Ani: A Parody” does all of the singing, as well as playing, for the songs in the show. Namely, Clark Baxtresser, Pierce Siebers and Max Evrard. Actress Meredith Stepien also joins the band on percussion throughout the show, which can sometimes be jarring (as she is still in costume or between costumes when she does) but adds quite a nice tambourine to some parts of the story. Having the actors to do the acting and the band to perform all aspects of the music is a unique choice that sets “Ani” apart from StarKid’s previous shows. The songs are still well-written and inspiring, and the relief of not having to perform the musical numbers probably allows the cast to focus more energy on the dialogue and action, which is rich with humor from all sides.

Characterization of each of the characters (some with which we are quite familiar, and others that we may not be) is nearly all-new. Certain takes on characters are completely StarKid’s, and they are as brilliant as they are plausible. All of the cast does a fair British accent (when applicable), and in more than one instance the Lang Bros. use the Star Wars Saga’s own dialogue against it in this play, for great laughter. In fact, Anakin’s attempts at humor are often direct references to the Star Wars universe, intentionally, in a breaking of the fourth wall that manages to be awesome rather than annoying. “Ani” surprises us by warming us to an unfamiliar Darth, and his quest as he unites with other characters from the Star Wars universe to succeed in his goals.

The costuming for “Ani: A Parody” is just as clever as its story. A majority of the cast (Anakin, the stormtroopers, Obi-Wan, The Emperor) all appear in officially licensed Star Wars leisurewear. Think bathrobes and sweatsuits. This both adds to the humor and provides the actors with comfortable attire which can easily be exchanged as needed when changing character. Two notable exceptions to the comfortable attire are characters played by Brian Holden and Eric Kahn Gale. Especially in Mr. Gale’s performance, it takes a particularly well-coordinated individual to handle the challenges he faces as an actor in this show. Gale, along with the rest of the cast, all shine.

“Ani: A Parody” is a must-see show for all fans of Star Wars and is most impressive for containing a unique story, unlike countless other parodies that have come before it. It is clear that the writers know their stuff when it comes to the Empire and the Rebel Alliance, as both the story and the gags are sharp and direct. “Ani” was the first StarKid show that I was able to witness from the first row of a theater. By the time that the show ended, I still hadn’t seen enough.

This summer, Team StarKid has outdone itself with two quality shows and a myriad of other opportunities for guests to experience the talent of its players. As if launching two musicals was not enough for Team StarKid this year, a number of after-hours “late-night” performances are scheduled throughout the duration of both “Ani: A Parody” and “The Trail to Oregon.” Shows ranging from stand-up comedy to sketch shows, to dance lessons and/or new plays and musicals entirely, will all be performed in the 10:30 hour certain nights during the season. For the full list of events, please visit StarKid’s Tumblr.