Chapter thoughts: It’s a rather awkward Valentine’s Day that we find in this chapter. Lockhart’s ridiculousness has reached a high point with his “festivities” including singing dwarfs. Ginny’s maybe not-so-secret crush on Harry is revealed in a way that is very embarrassing for everyone (and Malfoy is very cruel to that poor girl). Harry discovers a more sinister secret, however, when he is taken into Tom Riddle’s diary and is led to believe that Hagrid opened the Chamber of Secrets. This was a plot twist that I’m sure shocked almost everyone when we first read it. Notable moments include finding the diary, “His eyes are as green as a fresh pickled toad,” and the memory scene.

Honestly, I’m not fond of the art in this chapter, which is unusual because I usually gush about the art. The moment is just too dark in a way that just seems unnecessary. It’s hard to see any of the details because of the color, and the angle is also very confusing and disorienting. I would have liked to see Myrtle in this scene at least, as it takes place in her bathroom and she is such an important part of this discovery. 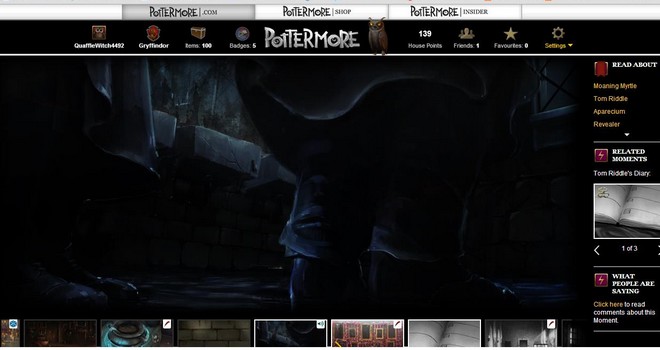 Honestly, I started laughing during this moment because, well, you collect a vomit-flavored bean, which is how this scene makes many of us feel. The amount of confetti is enough to wonder how anyone had any breakfast that day. I would have loved to have had “His eyes are as green as a fresh pickled toad” read in this moment! 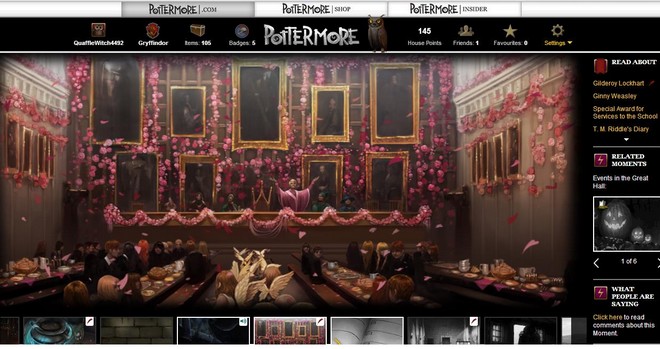 Moment 3: Into the Diary

This moment is so close to being fantastic. I love the way you zoom into the diary, just like Harry does. I would have liked perhaps a little bit more of the detail we get in the book (ie, the spider leg perhaps) and it’s a little scarce on interaction. 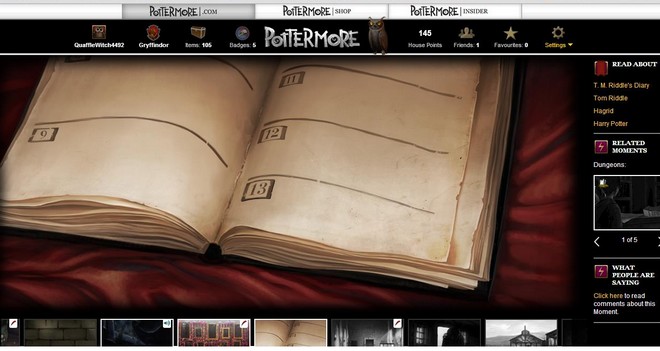 Chapter thoughts: The secrets from the last chapter are starting to have some serious complications. First, Riddle’s diary is stolen from Harry’s dormitory (and no one saw Ginny Weasley’s bright red hair going up the stairs of the boys’ dormitory?). There is also another attack, and this one hits home: Hermione is Petrified. We also start to head towards the climax of this book as both Hagrid and Dumbledore are removed from Hogwarts.

We completely skip over the scene where the diary is stolen and land about halfway through the chapter for the first moment. We get some seemingly out-of-place information on ghosts in this chapter (nothing entirely new, I believe, but still interesting), and see all of the Petrified victims, though it’s not really clear which is Hermione. 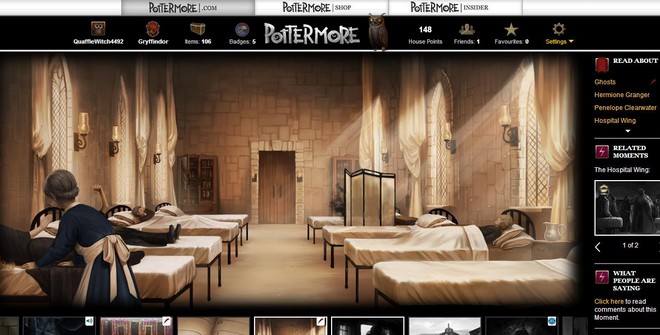 This is another somewhat disappointing moment. It begins so zoomed up on the pumpkin patch that it is a bit blurry and confusing. It is also so darkly hued that it is difficult to see details (I really hope that book five does not turn out to have this problem). Honestly, I think the better choice would have been to have set this scene inside Hagrid’s hut, as that is where the important action takes place. 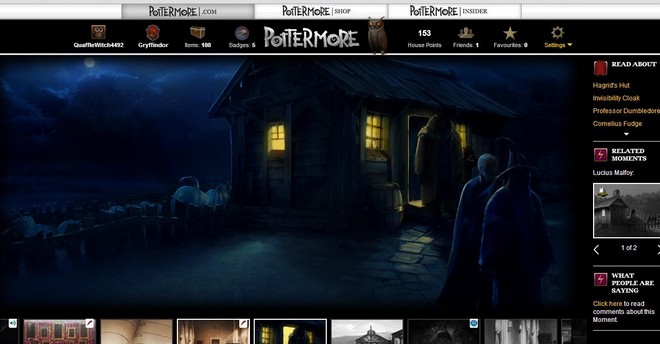 Hagrid has left us some odd advice, and soon we’ll be on our way to “follow the spiders!”

Also, a very happy Back to Hogwarts day to all! I hope there’s pudding at the feast!