MuggleNet March Madness: It’s All in the Details

Welcome to Round 6 of MuggleNet March Madness! MuggleNet staffers are ranking the Harry Potter series from their favorite book to the book that is a slightly lesser favorite. These rankings aren’t just about us, though. Tell us your rankings and opinions in the comments. They might even be featured in the ranking roundup at the end of the month!

Before we dive in, let me tell you a little about myself. I’m Amy, a member of the MuggleNet Creative Team. I started reading Harry Potter when I was nine years old. My aunt had given me the first film for Christmas. After watching it I was hooked and immediately plowed through the first four books (all that were out then), and the rest is history. Ranking these books was a horrible experience that took a lot of thought and the occasional need to walk away from my laptop in frustration. I may say some things below that shouldn’t be taken too much to heart. Keep in mind that each of these books is like a little piece of me by now, and it was excruciating to put any of them on the tail end of a list. 1. Harry Potter and the Deathly Hallows

The Deathly Hallows is my favorite book in the series. This is the one decision of this whole ranking situation that came to me easily. I have a bit of a love/hate relationship with this book since it ended the wonderful journey that the series had taken me on, but all the good in it outweighs my sadness at the end. There are several reasons why this is my favorite book in the series. First off, I have a very meticulous personality. I pay attention to the smallest details, so I loved that J.K. Rowling did the same thing in tying up loose ends. While we knew all along what a genius she is, this was the book that revealed just how thoroughly JKR had planned even the smallest details. I love that things we would have never thought would come up again ended up being some of the most important aspects of the entire series. Another reason I loved this book so much was because the trio was removed from the confines of Hogwarts. Having them on the run and cut off from the world developed the three main characters more than any of the previous books. If I’m being honest, I also enjoy a good cry once in a while. I tend to like sad music, movies, and books, so Deathly Hallows fills that need for emotion in my life. There are so many devastating moments since half the characters are killed off, and there are also those beautifully bittersweet moments like Harry seeing Dumbledore again and his loved ones walking with him on his way to sacrifice his life. I know some people dislike the epilogue, but when I read it I get this knot in my stomach. It’s not really a bad feeling – just a bundle of emotion at this sweet scene that shows life in the world I wished I was a part of continued on, rather like how the fans in the real world will continue to carry these stories with them through the rest of their lives and pass them down to new fans over time. 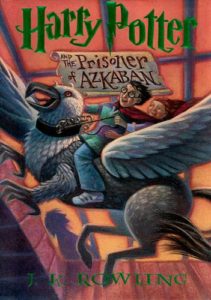 2. Harry Potter and the Prisoner of Azkaban

The Prisoner of Azkaban is tied with Deathly Hallows for the No. 1 spot, but since I had to develop a ranking I can’t really get away with that, so we’ll call it No. 2. Once again, the attention to detail throughout the book was amazing. I’ve always been fascinated with timing and how the outcomes of our lives really are dependent on it. Harry and Hermione using time to save the outcomes of two lives is a moment that I’ve always loved. Some of my favorite characters come into play in this book as well. Lupin is that perfect role model that everyone hopes to find in their lives, someone who can teach them more than academic knowledge. Sirius is introduced to us in this book as well, and I am a huge Sirius Black fan. Of course, there’s also Trelawney, who sadly reminds me of a teacher I once had. I am all too familiar with Harry and Ron’s tactic of making up things that they see that might please her. And who doesn’t love Hermione finally punching Malfoy in the face? 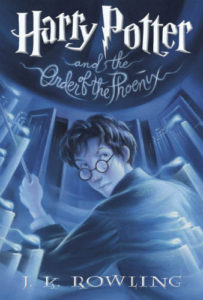 The Order of thePhoenix is ranked third because Sirius is one of my favorite characters, and it was good to have him back in the 5th book as more than just a face in the fireplace. Unfortunately, having him back meant we lost him for good at the end, but thus is the price to pay when J.K. Rowling gives us all the wonderful background information we need to love a character. We finally get an insight into Snape’s memories of James, Sirius, and Lupin at school. This is a major development in Snape’s character since there is finally a reasonable explanation for why he hates Harry’s father and his friends so strongly. The Order of the Phoenix is one of the darker books in the series, but it has one of my favorite comedic moments when we see Gilderoy Lockhart in St. Mungo’s learning to write in “joined up letters.” Order of the Phoenix also lays the groundwork for some of the most pivotal moments in Deathly Hallows. I’ve already said how much I love these hidden details, so obviously I get this giddy feeling every time I reread this book, and it gets to the part about the locket that no one can open. 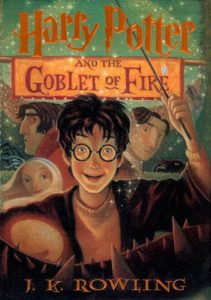 4. Harry Potter and the Goblet of Fire

The Goblet of Fire was the first book that didn’t begin in Privet Drive. I know some readers disliked the opening of the book for this reason. While I ranked Deathly Hallows as No. 1 for a large collection of reasons, I will admit that I found the beginning of the book weak in comparison with the opening chapter of Goblet of Fire. While both books departed from the Privet Drive opening, the first venture away from that formulaic first chapter was the strongest by a long shot. The Half-Blood Prince opens away from Privet Drive as well, and while I enjoyed seeing the interaction between the Minister of Magic and the Muggle Prime Minister, I think that fell below the story of Frank Bryce, too. The Quidditch World Cup was a really fun read, and the dark turn of the series was beautifully written, although I will admit I wasn’t a huge Cedric Diggory fan. He was almost too nice and decent for me. Maybe we just didn’t get a deep enough look at his character for me to feel a large amount of empathy for his ultimate fate. 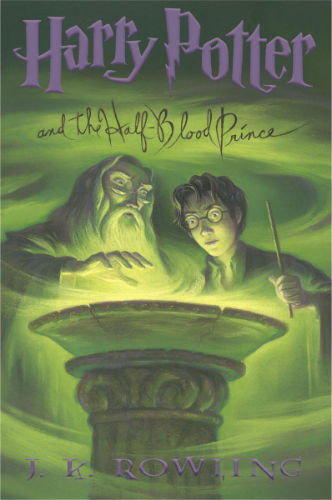 5. Harry Potter and the Half-Blood Prince

The Half-Blood Prince is ranked close to the end on my scale because of the structure of the book. I felt like it was a necessary stepping stone to build up to the final book, but I felt that it lacked a strong individual identity to set it apart from the rest of the series. While it provided several laughs and a good cry at the end, some of the subject matter read a little too “teen flick” to me. Everyone was crushing on each other, and it just turned into a bit of a soap opera mess for me. The book provided a fascinating look into Voldemort’s past among other strong positives, but it seemed as if we were left with little to no closure at the end of the novel because there were more questions left unanswered than when the book started. Don’t get me wrong, I still love it and have read it nearly 20 times over, but in comparison to the rest of the series I found it lacking in the immense details that JKR is known for. 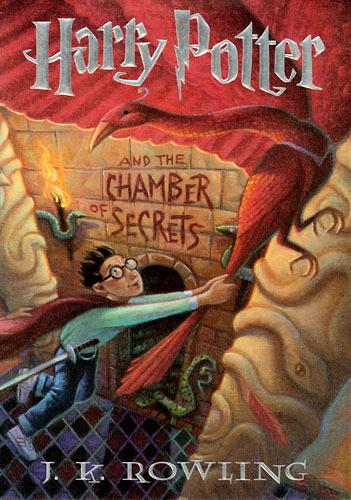 6. Harry Potter and the Chamber of Secrets

The Chamber of Secrets brings us back to the formula of the books achieving something in the end that can be wrapped into one neat story and can stand alone or as part of a series. Without a doubt, Lockhart is my favorite part of this book. The humor in this book is spot on; I laugh every time I read the chapter about Nearly Headless Nick’s deathday party. We are also introduced to Dobby in this book, and I find that I have a huge soft spot for that elf. Heck, I even named my dog after him… over the years my ranking of the series has changed drastically. Chamber of Secrets was my favorite book when I was younger. Of course, this was partly because the whole series wasn’t released yet, but I think it is also in part due to the shift in the target demographic that the books are intended for over the course of all seven volumes. When I was ten years old, I related more to the trio in the first two books, but as I got older I began to understand more deeply and became connected to the later books. 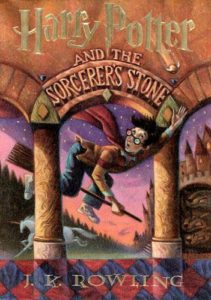 7. Harry Potter and the Sorcerer’s Stone

The Sorcerer’s Stone/Philosopher’s Stone is unfortunately last in my ranking. This is difficult because this book does mean something special to me, but putting aside the sentimentality that comes with the start of a beautiful childhood journey, I do think that this is the weakest of the seven books. In most book series, the first book is my least favorite. I suppose this is natural since the story can’t grow sufficiently in the first volume if it is planned out for several books. Given what I’ve said previously about enjoying the full circle details that are hidden throughout the series, you would think that I would like the first book that sets all of this in motion. While I enjoy all the descriptions of the characters as we are first introduced to them, I have to admit that the first book is a bit of a harder read than the rest. It may be shorter, but laying the groundwork for what’s to come must have been tedious to write and is a little bit tedious for me to read. Once you get about halfway through it, things start to pick up, and you’re off and running from there, but until then it’s hard to stick with it. Whenever I introduce someone new to the series I tell them to just stay with the first book until the end, and then they’ll burn through the rest of the series in a matter of days.