MuggleNet March Madness: Why “Goblet of Fire” Is the Pinnacle of the Series

Welcome to Round 4 of March Madness! MuggleNet staff members are ranking the Harry Potter books from the best to…. least best.  This edition comes from MuggleNet blogger and Quibbler editor Caitlin, about why Goblet of Fire is No. 1 in her book. But March Madness isn’t just for the staff’s favorites – we want to hear from you! Be sure to chime in with your favorite book in the comments section!

I don’t think I put as much thought into my papers for school as I did this ranking. It was painful to have to pick a favorite! It’s like asking a mother to pick a favorite child – she might have a personal favorite, but she couldn’t hurt the others by revealing which one it is. And that’s how I feel about the Potter books. Each of them holds a special place on my shelf, for different reasons. So know I did not write this carelessly or without painstaking consideration for the pros and cons of each. 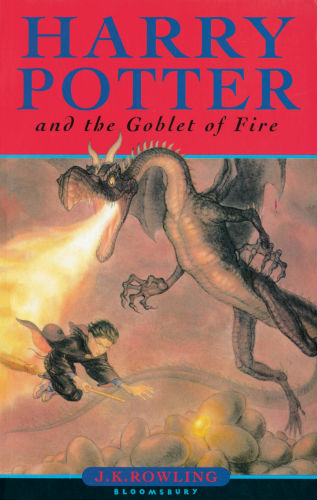 1.  Harry Potter and the Goblet of Fire

Goblet of Fire is the defining book of the Harry Potter series. Harry is at that odd age of 14 where he is still young and a little naïve but old enough to know a few things about the wizarding world and himself. Still pre-pubescent, still unaware of the challenges that lay ahead, and still before Voldemort’s return, Harry’s obstacles in GoF are the perfect mix of childish and terrifying: his fights with Ron, his crush on Cho, and his classes ground Harry in the kind of real-world experiences that everyone can connect with. At the same time, Harry is facing uniquely Potter-esque problems: battling a dragon, covertly communicating with his godfather who is on the run, and figuring out who put his name in the Goblet to begin with. GoF is the perfect mix of teenage problems and magical trouble. Without the Horcruxes staring Harry down, there is less urgency and darkness in his path (as scary as the challenges he faces are). GoF is also just an excellent piece of fiction: the book is thick and full of mystery and has an intricately woven plot and complex characters. 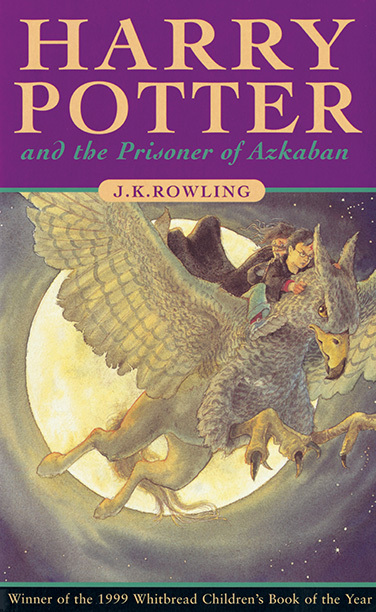 2. Harry Potter and the Prisoner of Azkaban

Prisoner of Azkaban almost came in first for me. As a huge Remus Lupin fan, it’s hard not to pick PoA since we get to see Remus at his happiest, and the unraveling of the mystery at the end gives the reader tons of interesting details about Remus, James, Sirius, and Peter at school. PoA is also just plain fun. Defense Against the Dark Arts has never seen a teacher as passionate or cool as Professor Lupin: His lessons are some of the most fun to read in the whole series. The Dementors also present an interesting problem for Harry to face; the creatures, created by J.K. Rowling to reflect the experience of depression, are our first glimpse into Harry’s traumas and how he deals with death. The Patronus is also one of my favorite spells – an animal representation of one’s soul that defends the witch or wizard from sadness is a beautiful bit of sorcery. In PoA, Jo carefully balances Quidditch matches, crushes, and Potions lessons with Harry’s trauma, fear, and strength. 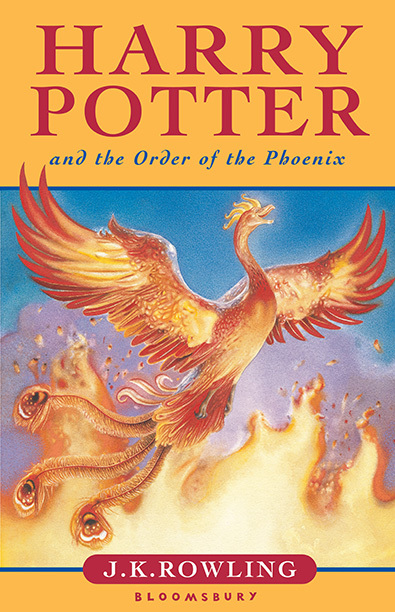 I get made fun of a lot for how much I love Order of the Phoenix. People too often write it off as Harry’s “angst” book – if you ask me, Harry should be allowed a little angst! Harry’s frustration at his friends, given the trauma he suffered at the end of GoF, is totally understandable. Not only is Harry’s characterization in this book on point, but this book also gets real with the issues it confronts: politicians lie, the alternative press is censored for publishing the truth, and it’s unclear if the bad guy here is Voldemort or the Ministry of Magic (or both). The world of social activism intersects with magic in such an exciting way in OotP – it’s this book that really cemented my continuing love for Potter. The first four are great novels, but with OotP, Jo proved that Harry Potter isn’t just a kids book: it has the power to change the minds of a generation. 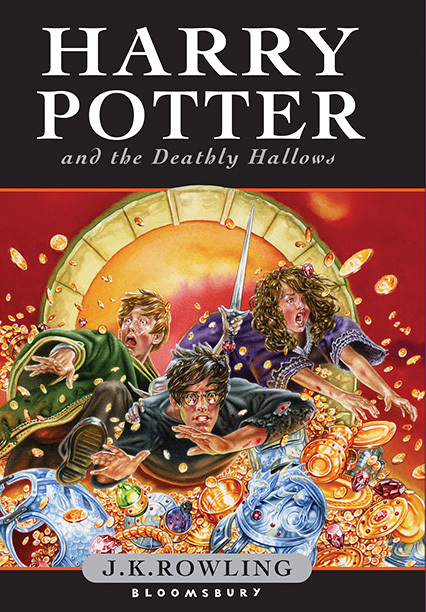 4. Harry Potter and the Deathly Hallows

Many fans complain that Deathly Hallows is little more than a prolonged camping trip, but I think that Jo’s choice to take the trio away from Hogwarts is what really made this book work: despite the treat of Dementors, Umbridge, or Snape, Hogwarts was always somehow safe. The trio would fight but make up; Snape would pick on Harry, but Dumbledore had his back regardless. DH is different. Harry’s father figures are gone, Hogwarts is no longer safe, and Harry’s choices now have real repercussions. The relationships are tense, the battles are bloody, and Jo doesn’t spare even the most beloved characters; in some ways, DH is the most honest of the books. It’s a novel about what havoc evil can wreak in the lives of the people who fight against it. It’s about the loss of innocence and becoming an adult. Despite all that, the main message is that good always triumphs over evil, an important message after the darkest book in the series. 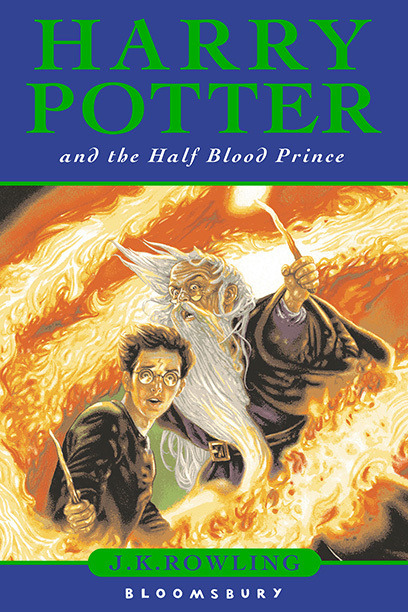 5. Harry Potter and the Half-Blood Prince

Half-Blood Prince has a special place in my heart just for containing one of Harry’s sassiest lines: “There’s no need to call me sir, professor.” Slay, Harry, SLAY. HBP occupies a great space in the series as a kind of happy buffer between the anger of OotP and the tragedy of DH. Although it has its sad moments, HBP has a lot of joy: Harry falls in love with Ginny, bonds with Dumbledore, and succeeds in class and on the Quidditch pitch. HBP has some of the absolute funniest moments in the series while also building some great mystery: Who is the Half-Blood Prince? Who is RAB? I loved HBP because I never knew what Jo would do next: the plot is so intricately woven that I couldn’t put the book down – there is something thrilling happening on every page. Everything has a bit of urgency for Harry, and for us, as the series (and Harry’s time at Hogwarts) is nearing the end. As the last line of the book says, this is Harry’s (and our) one last blissful day with Ron and Hermione – a high note to leave on before the reader cracks open DH. 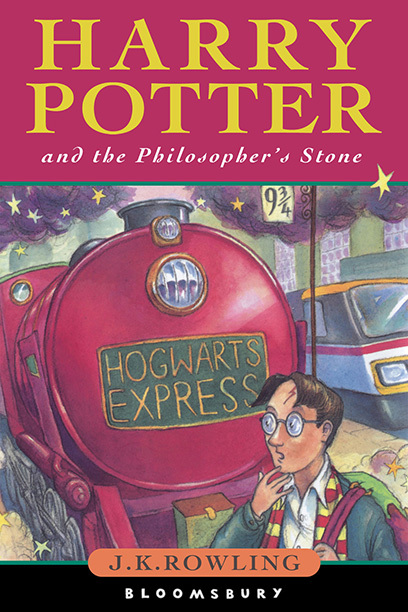 6. Harry Potter and the Philosopher’s Stone

Philosopher’s Stone (as a Canadian, it’s too weird to say “Sorcerer,” sorry) will always be precious to me: It’s the beginning of the series that has given me so much, and crawling under the covers and reading PS brings back all kinds of memories. First books are my favorite because delving into a new world is just so exciting. There’s so much to learn! As a Ravenclaw, I eat details up. I loved reading the school list, learning how to get to platform 9 ¾, and meeting all the professors. Firsts have a certain innocence and excitement about them, and PS tops the list of firsts because it’s the introduction into a world I have lived my whole life in: PS is a favorite because it was my gateway into this wonderful universe. 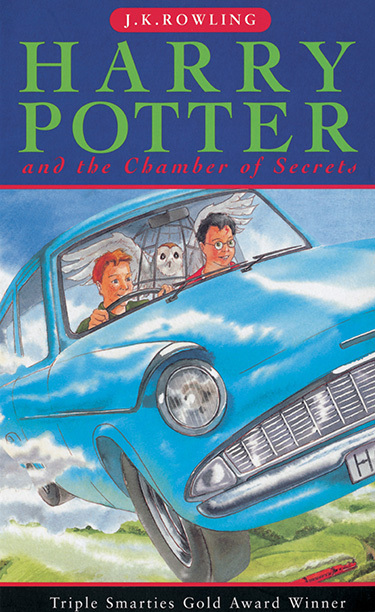 7. Harry Potter and the Chamber of Secrets

Putting Chamber of Secrets last pains me because it’s a great book. Harry’s escape from the Dursleys’ is classic, and Lockhart’s quizzes are hilarious. The mystery of the heir, the petrified students, and Harry’s ability to speak to snakes make for a brilliant mystery. However, Lockhart is just too much for me. I’ve tried re-reading CoS but always end up having to put it down because I’m overwhelmed at just how full of himself Lockhart is. It’s painful to read at times. As a writer, it’s brilliant: Jo created a character so despicable I literally don’t want to read about him. But it also makes for a difficult read. It’s also a weird point in the series, where Harry isn’t new to this world, but he also doesn’t have many worries beyond classes and the Quidditch pitch, at least inter-personally. His relationships aren’t quite as fraught as in later books, and he certainly hasn’t noticed girls yet. Outside of the mystery, CoS doesn’t have a lot going for it in my books. Still, it hurts to put any of these books at the bottom of a list.

To the discussions! Where do you rank Goblet of Fire?