MuggleNet March Madness: Why “Order” Is the Least of the Seven Books of “Potter”

Welcome to Round 3 of MuggleNet March Madness. Throughout March several of the MuggleNet staff members are ranking the Potter series from greatest to “least” greatest. Nicole ranked Deathly Hallows as the greatest in Round 1, and Elayna argued that Half-Blood Prince is the greatest in Round 2. But these rankings aren’t just for us. We want to hear from YOU! Be sure to chime in in the discussion sections below each post. Who knows? Your comments could be chosen as part of our March 31 March Madness roundup post!

Let the madness continue with Round 3…

Hello, MuggleNet readers! Michael Harle here, formally of MuggleNet Fan Fiction’s AudioFictions podcast and currently a host for the Alohomora! podcast. I was lucky enough to be in the original group of Potter readers (I read the first book at age 10 and finished the series at age 18). The books have stayed with me through my life and left a major impact on me, so I’m thrilled to share my ranking of the series’s individual installments here with you. 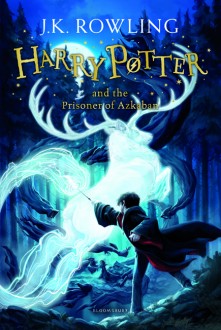 1. Harry Potter and the Prisoner of Azkaban

Harry Potter and the Prisoner of Azkaban. Anyone who has listened to Alohomora! will know that I already have a bias toward this book thanks to Remus Lupin, my favorite character of the series. I unabashedly credit that as a major factor for my enjoyment of this book; I find Lupin to be simultaneously relatable and admirable. With that said, there are many other reasons to place Prisoner at the top of my list. Prisoner is the first in the series (and the only book other than Half-Blood) where Harry does not confront Voldemort at the story’s end; even more so than Half-Blood, Harry’s focus is on an indirectly related threat (Sirius Black), which leads him on what is possibly his most personal journey in the Potter books. For the first time in the series, via the marauders, we get the most intimate insight into the lives of Lily and James, causing Harry to dig deeper than ever before to draw on his parents for a newfound level of strength. The threats are bigger, the risk is greater, the magic is more complex, and the Potter story as a whole grows tenfold, with a huge new cast of key characters and a journey that elevates Harry to new heroic heights. 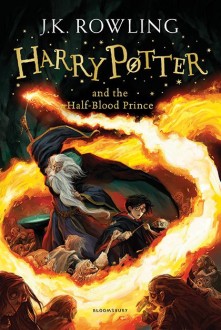 2. Harry Potter and the Half-Blood Prince

Harry Potter and the Half-Blood Prince Bizarrely billed as “the ‘fun’ one” or “the-one-everyone-loves-but-can’t-remember-why,” Half-Blood Prince is quite possibly one of the most important books in the series while simultaneously managing to be the funniest installment. Coming off of what I felt was a massive disappointment with Order of the Phoenix (the one that promised to tell us “everything” while giving us nothing we didn’t already know), Half-Blood felt much more like the Potter I remembered and was craving at the time of its release. Harry’s task to defeat Voldemort begins in earnest here, not with training in magical power but in gathering valuable knowledge, knowledge that proves just how terrifying and formidable a foe Voldemort really is. And yet, despite the horrific revelations of Voldemort’s rise to villainy, the book still manages to keep a light, enjoyable tone as life around Harry continues on as normal (possibly the most “normal” of all the books by wizarding world standards), with the typical high school concerns of schoolwork, friendships, and romance, displaying Rowling’s incredible talent at writing from a teenager’s point of view. And unlike the two mysteries of Order (see No. 7 on my list for more on that), the big questions in Half-Blood – what is Malfoy up to and who is the Half-Blood Prince? – are much more intriguing questions with far more interesting and complex answers. 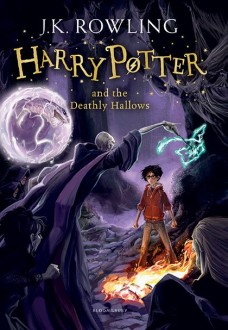 3. Harry Potter and the Deathly Hallows

Harry Potter and the Deathly Hallows I wrestled a lot with the placement of Deathly Hallows and Goblet of Fire. While I find the latter a more enjoyable read, I give Deathly Hallows points for ultimately being a more rewarding one with considerably more gravitas. Hallows may not provide the best conclusion to the series (who couldn’t foresee Harry and his friends getting married, having multitudes of children, and giving them all dumb names?), but the path to the finale is wrought with some of the most intriguing reflections about life, love, and death that a book series has ever put forth (next to my all-time favorite young adult series, His Dark Materials). While many point to “The Forest Again” as the book’s most affecting chapter, I refer to “Godric’s Hollow” as one of the most emotionally moving, where with some of Rowling’s most striking writing, Harry is forced to confront the reality of death in a touching moment unlike the series had yet given us. I also find many personal connections within the subplot surrounding Dumbledore, Aberforth, and Ariana and was shocked and impressed to see that Rowling had included what can be read as an analogy for disability as a key element of the plot. The book also gives us exactly the battle we had waited ten years to read, with every character getting their well-deserved final bows. Sure, the camping scenes get a bit dull every now and then, but Hermione being Hermione (my second favorite character), as well as the trio’s half-baked plans that invite tension and disaster, more than make up for it. 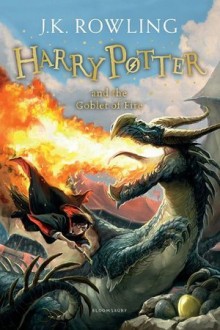 4. Harry Potter and the Goblet of Fire

Harry Potter and the Goblet of Fire. Following three books of a generally similar tone and format, Goblet of Fire breaks the established mold of the Potter series completely. Rowling’s world-building steps up to the next level; new elements of Hogwarts are exposed (from the house-elves in the kitchens to prominent members of other houses), and the scope of the wizarding world is greatly expanded, with the introduction of other countries’ wizarding academies and an Olympic-style gathering of nations at the Quidditch World Cup. Displaying her love for Agatha Christie-style mysteries (which I also share a liking for and was just familiarizing myself with at the time of this book’s release), Rowling makes this one of the most elaborate puzzles of the Potter series, with a complex set of clues and multiple red herrings. And for the first time, in the form of Rita Skeeter’s scathing reports for the Prophet and Fudge’s public bungling of national and foreign affairs, Rowling’s strong, on-point commentaries on society and politics infuse the Potter universe with a newfound depth that further closes the gap between the magical and real worlds. 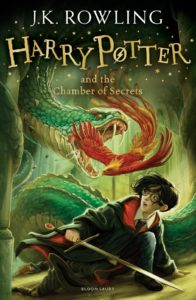 5. Harry Potter and the Chamber of Secrets

Harry Potter and the Chamber of Secrets. While perhaps not as complex as Goblet of Fire, Chamber of Secrets marks a first as a more layered mystery for the series. It offers some early, tantalizing glimpses into the pasts of both Tom Riddle and Hogwarts that will ultimately have rewarding payoff in Deathly Hallows, including (though we didn’t know it at the time) the first depicted Horcrux. It also scores points for helping set up Half-Blood Prince, making that book all the more enjoyable for the clever throwbacks to Chamber. Chamber is also overflowing with everything a kid could want in a fantasy novel: a magical house, a flying car, secret chambers, students in peril, giant spiders, and even more gigantic snakes. And bathroom humor. Lots of very literal bathroom humor. 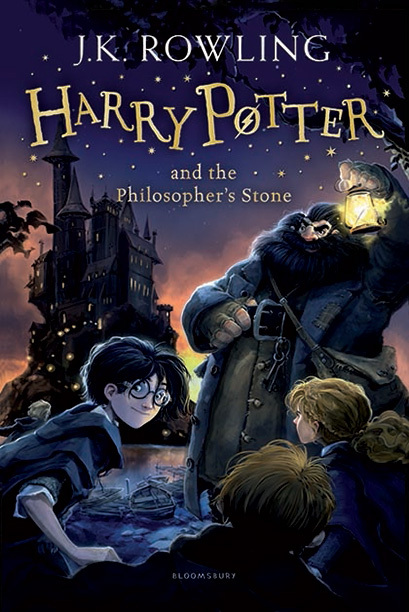 6. Harry Potter and the Sorcerer’s Stone

Harry Potter and the Sorcerer’s Stone. The Harry Potter series is fondly remembered by its original audience for aging in tone and content along with its readers. Nowhere is that more evident than in Sorcerer’s Stone. This is very much a book for the juvenile fiction crowd, more interested in describing the wonders of the magical world than letting the lead character take charge. While not the most passive player in fiction, Harry mostly lets the secondary characters take the reins as he marvels at his new surroundings. But really, I wouldn’t have it any other way. The rich descriptions of Diagon Alley store fronts, owls as affectionate pets, and Hogwarts’s deepest, darkest corridors are what made this world so appealing to keep me coming back for more. Also, as a side note, what the heck happened to Ron after this book? During the climax, he literally sacrificed himself for the sake of the narrative. Don’t remember him ever doing that again. Ron was awesome in this book. 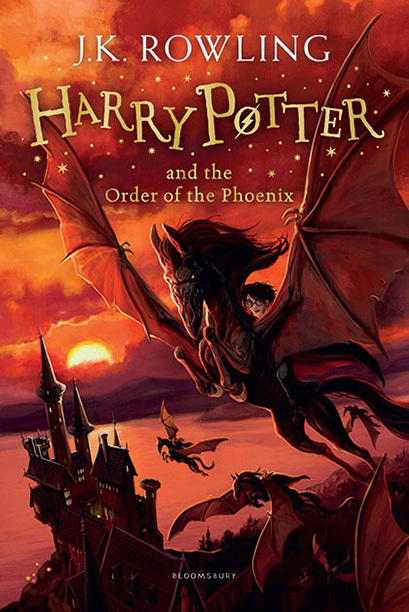 7. Harry Potter and the Order of the Phoenix

Harry Potter and the Order of the Phoenix. After rereading and closely examining this one on Alohomora!, I came to the definitive conclusion that Order of the Phoenix is my least favorite book in the series. But that’s like saying Brave is my least favorite Pixar film; it’s still a good film that just happens to sit at the tail end of an excellent collection of films (let’s assume we’re not including Cars 2). Held up against other juvenile/young adult fiction, Order of the Phoenix comes out way ahead of the game. With that said, it has to be one of the most dull, plodding Potter books, virtually sapped of the series’s usual charm. A lot of this, for me, is attributable to a lack of Rowling’s usual flair for structure, with the book constantly setting up inconsequential points that it immediately pays off (such as Grawp, one of the series’s greatest misfires, as well as the centaurs’ involvement in the storyline, just to name a few examples). The two mysteries – the main one being the contents/meaning of the Prophecy and the secondary one being who sent the Dementors to attack Harry – do not result in particularly interesting revelations; they’re more necessities for the characters to acknowledge, in-universe, things we as readers already knew or assumed. Make no mistake! I understand perfectly the significance of the book to Harry’s journey. But the journey here is simply so lacking in joy and full of needless distractions that it makes for one of the series’s most tedious reads. But to throw the book a bone, the DA scenes are good (wish there were more), Rowling’s political commentary is at its most impressive, the Department of Mysteries is delightfully eerie, and Luna Lovegood is a great scene stealer.